NGC 3077 was taken under moonlight but have managed, after several attempts, to get rid of most of the gradients. Most know M82 tangled with M81 in the recent past and that turned M82 into a starburst galaxy. NGC 3077 also tangled with M81, probably before M82. While it isn\'t a starburst galaxy it certainly doesn\'t look anything like it probably did before the encounter. The scattered and random looking dust lanes throughout the galaxy seem to indicate this was a spiral galaxy before the encounter. Now it is just a mess. NED classifies it as I0 pec while the NGC Project says Sd and Seligman comes up with Sd??. I vote for a mess.

I had wanted to show the distant star-forming regions but the moonlight pretty much made that impossible. The regions still show but not their connection to the main galaxy. Look down and to the left of the galaxy. I\'ve attached a blow-up of the region with 6 outer star clusters marked as well as a large star cloud much closer to the galaxy. These contain stars only a few tens of millions of years old indicating this encounter wasn\'t all that long in the past. Similar star clouds were imaged between M82 and M81. These, however, seem gravitationally bound to NGC 3077.

You can read more about the galaxy and see a film photo of it taken in 1974 at: http://www.messier.seds.org/Pics/Jpg/n3077.jpg Notice how much more a small scope with a CCD can image today than could the 150\" scope on Kitt Peak using film could back in 1974. 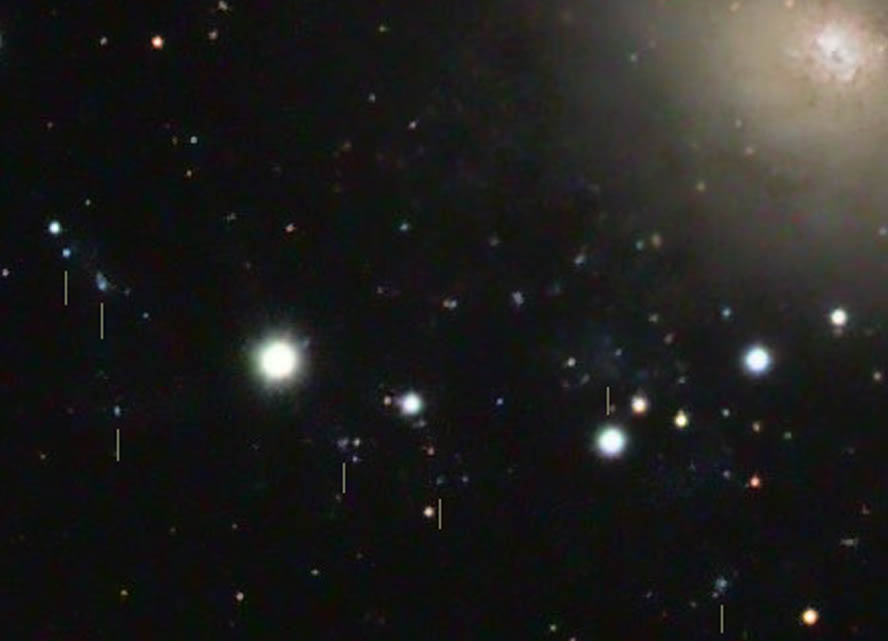 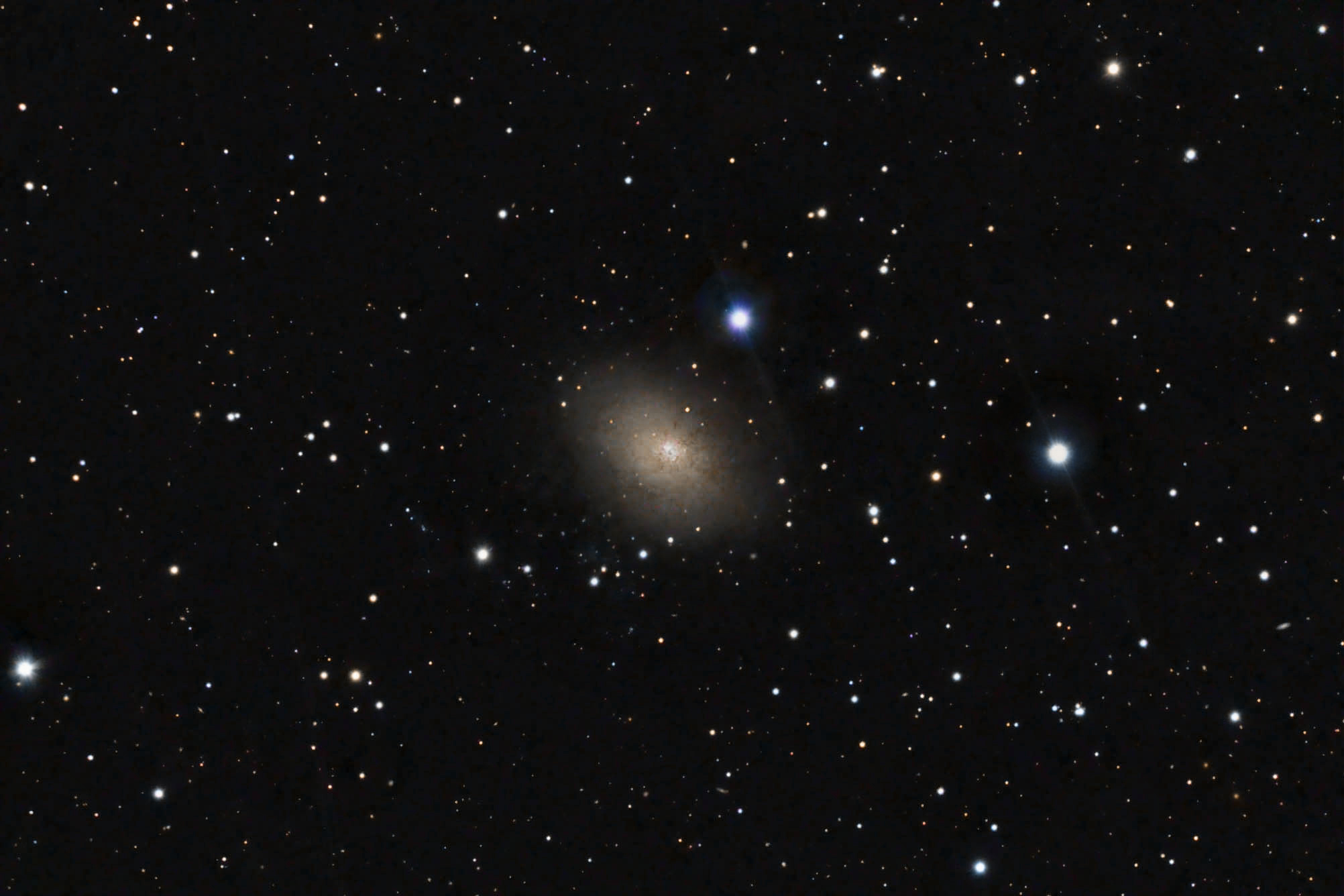