NGC 3147 is a beautiful fully face on classic spiral that for some reason is overlooked by nearly all astro imagers. Why I can\'t imagine. As my image started to come in I saw a very faint smudge below the galaxy halfway to the bottom, several when I looked closely. I was sure it a reflection of some sort but with time short I didn\'t have time to move the scope and start again. I decided I\'d process it out. I then went searching for deep images of this galaxy and found none. All but one went less deep than my first luminance frame. That didn\'t include the area of my interest. Being in an area of few surveys I couldn\'t find even a professional image of it that covered the right area. I then enhanced the heck out of the POSS two plates and there it was. Since the declination is 73.4 degrees it is in an area of known IFN. It\'s just very faint in my field. Someone who likes going for IFN should investigate this area.

NGC 3147 is a classic Seyfert 2 galaxy so very well studied, even the HST has taken it but the only amateur released images seem to exist for public display. The only one I found burned in the core region. That, of course, doesn\'t cover the area either.

NGC 3147 was discovered by William Herschel on April 3, 1785. While amateur imagers mostly ignore this great galaxy it is in the original Herschel 400 observing program so I assume quite a few visual amateurs in the northern hemisphere have at least seen it visually. My log entry from April 15, 1985, on a fair night due to high humidity reducing transparency at 60 to 150 power in my 10\" f/5 reads: \"Large, nearly circular galaxy. Seems much larger than indicated. I\'d guess it is 6\'x5\'. Faint halo fades away so slowly it is impossible to tell where the galaxy ends. Nucleus is star-like. This is an interesting Galaxy!\" Considering I measure it at about 4.5\' maximum on my image that goes beyond anything I could have seen that night I have to wonder how I got the size so wrong. I had finished all tax returns or had them on extension and was taking a well-earned break that night. How that caused me to nearly double its size I don\'t know but I did. Oddly, I can\'t find where I ever went back to it until taking this image.

Being so far north and in the Zone of Avoidance, the field is poorly studied. Only it and the flat catalog galaxy in the lower left corner had redshift data. NED had only 6 other galaxies in even listed. All are from the 2MASS survey. That doesn\'t even list visual magnitudes. Many other galaxies with insufficient 2-micron emission to make that survey are scattered about the image. I can\'t find anything on them. Being so far north it isn\'t surprising no asteroids made an appearance either. 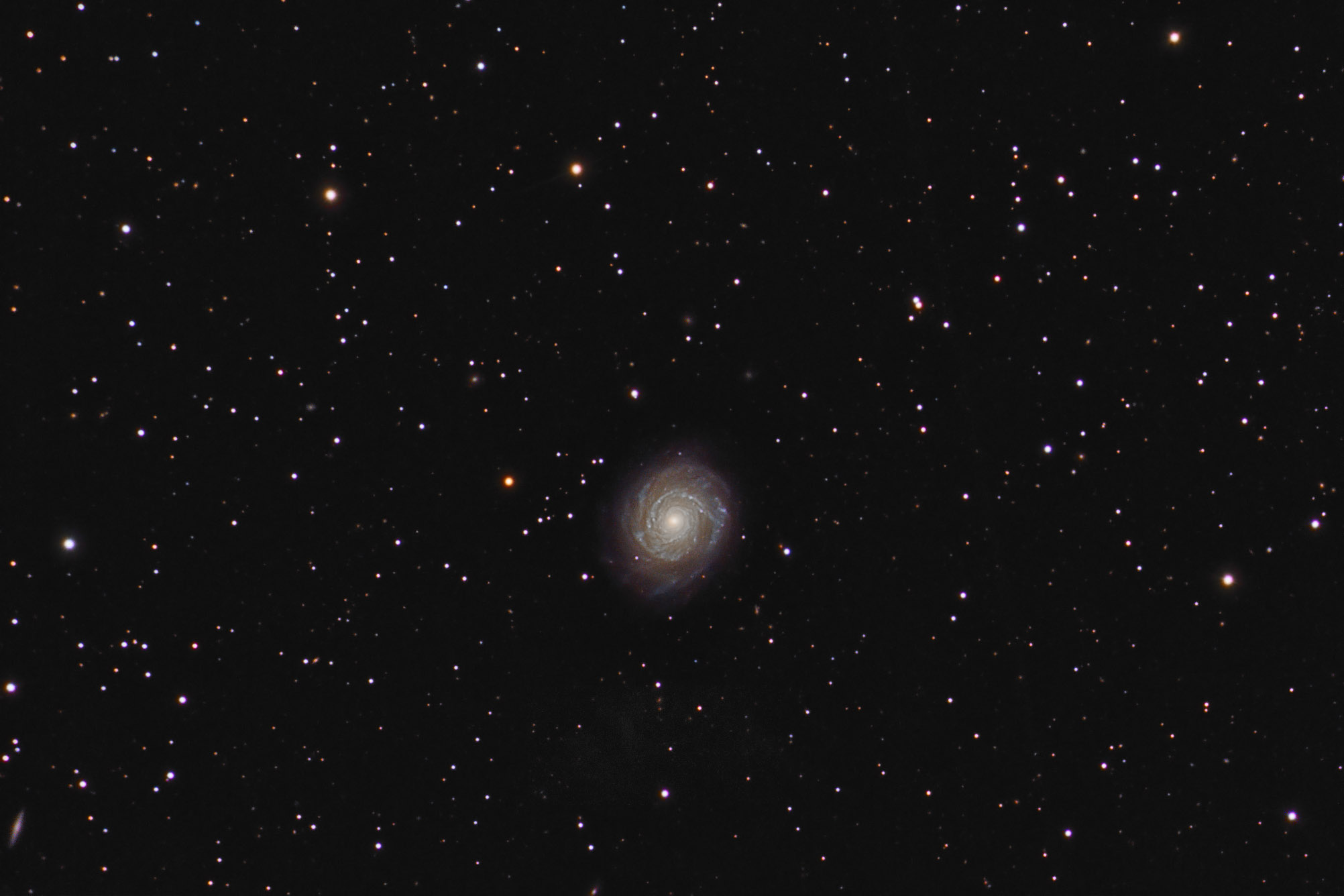 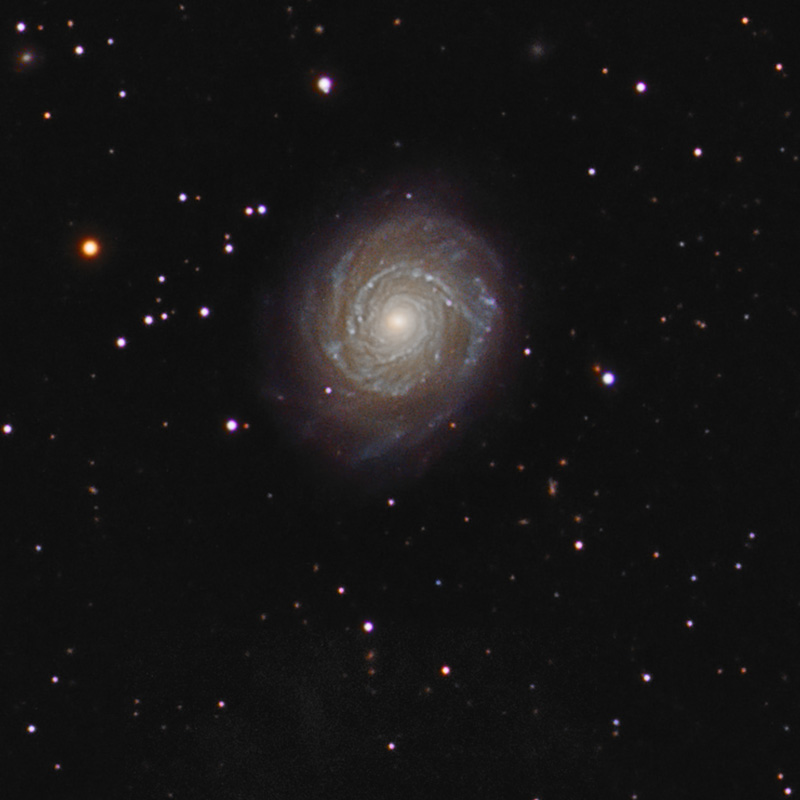 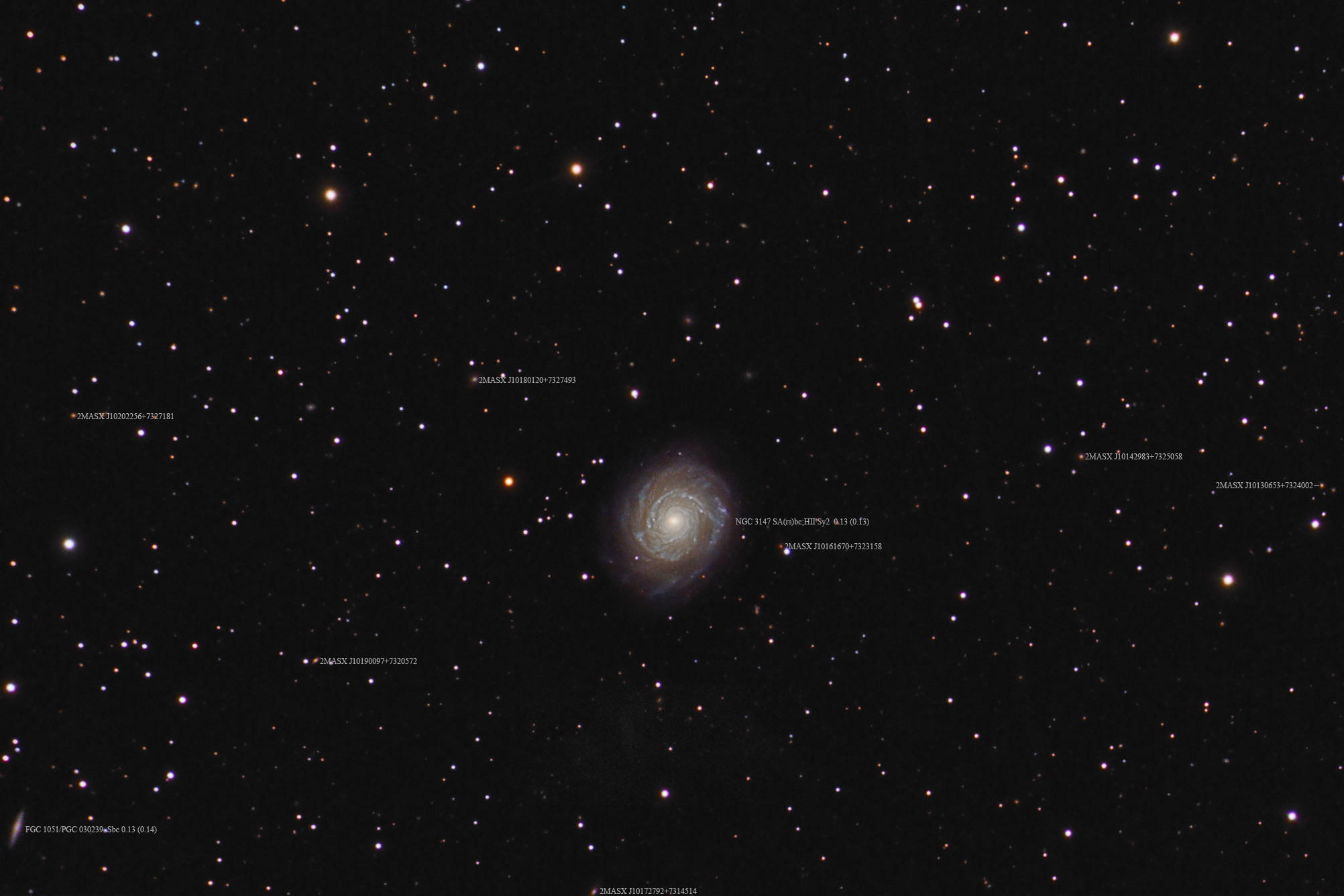