I imaged this one just because I had never imaged it before and because I thought I spotted an interesting distant galaxy cluster in the POSS plates to the west-northwest of NGC 3198. It is the cluster WHL J101858.1+453618 listed at 4.4 billion light-years. It is marked by GC 4.4 in the annotated image. NED shows it containing 21 galaxies. Many of these appear to be visible in my image. The position seems to be that of the largest and brightest member though it is shown to have a distance of only 4.0 billion light-years. Though both are photographic estimates. These give a ballpark figure at best so the difference isn\'t all that surprising.

Due to wanting to try to pick up members of this cluster I doubled my normal luminosity time. Instead of my normal 22.5 limiting magnitude this one goes far deeper. The quasar southwest of the NGC 3198 at 12.4 billion light-years is listed at magnitude 23.2.

Down in the lower left corner is a Blazar (BLZR). These are quasars in which the relativistic jet is pointed right at us. This causes rapid fluctuations in brightness. This also makes it a BRLG. This stands for Bright Radio Line Galaxy as seen by radio telescopes. This is a rather nearby one so bright and earned 29 separate designations in NED! I\'ll use the first one, B3 1018+456. Enter that in NED to see the rest.

Anyone following my posts knows I keep finding, usually blue, galaxies not listed in NED even though many far fainter ones are. This image will be no exception. Toward the upper left, below a rather bright, white, star is such a blue galaxy. As usual, it is marked with a question mark. I just scanned the annotated image for blue galaxies not listed. It was the first one I tried! That caused me to try some more. Next 4 were listed at NED, just without redshift data. That\'s fine. But then the next one was another miss. It too is below a rather white star, though well below it. Look to the northwest, left of the galaxy cluster at 4.4 billion light-years. I quit looking after that. 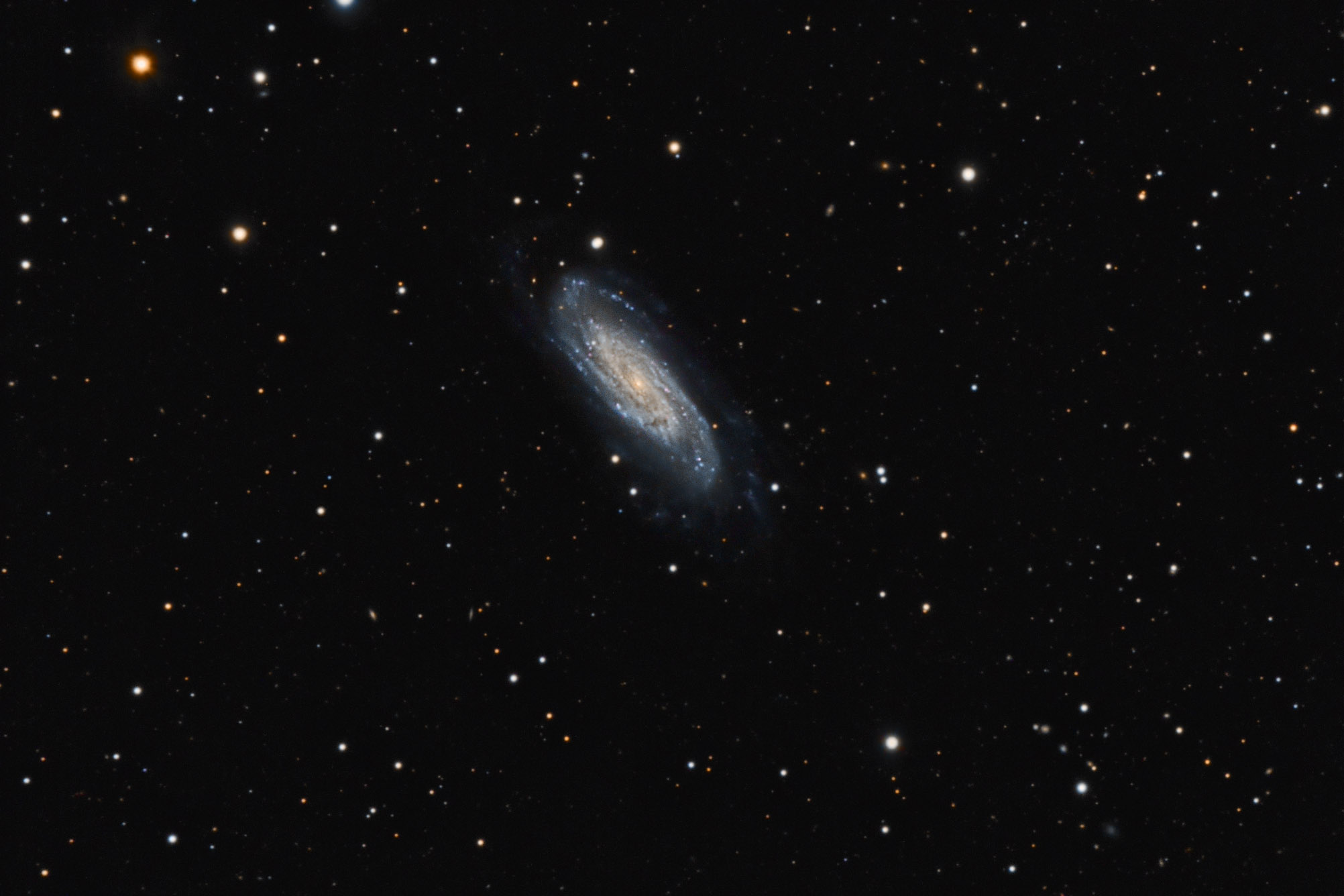 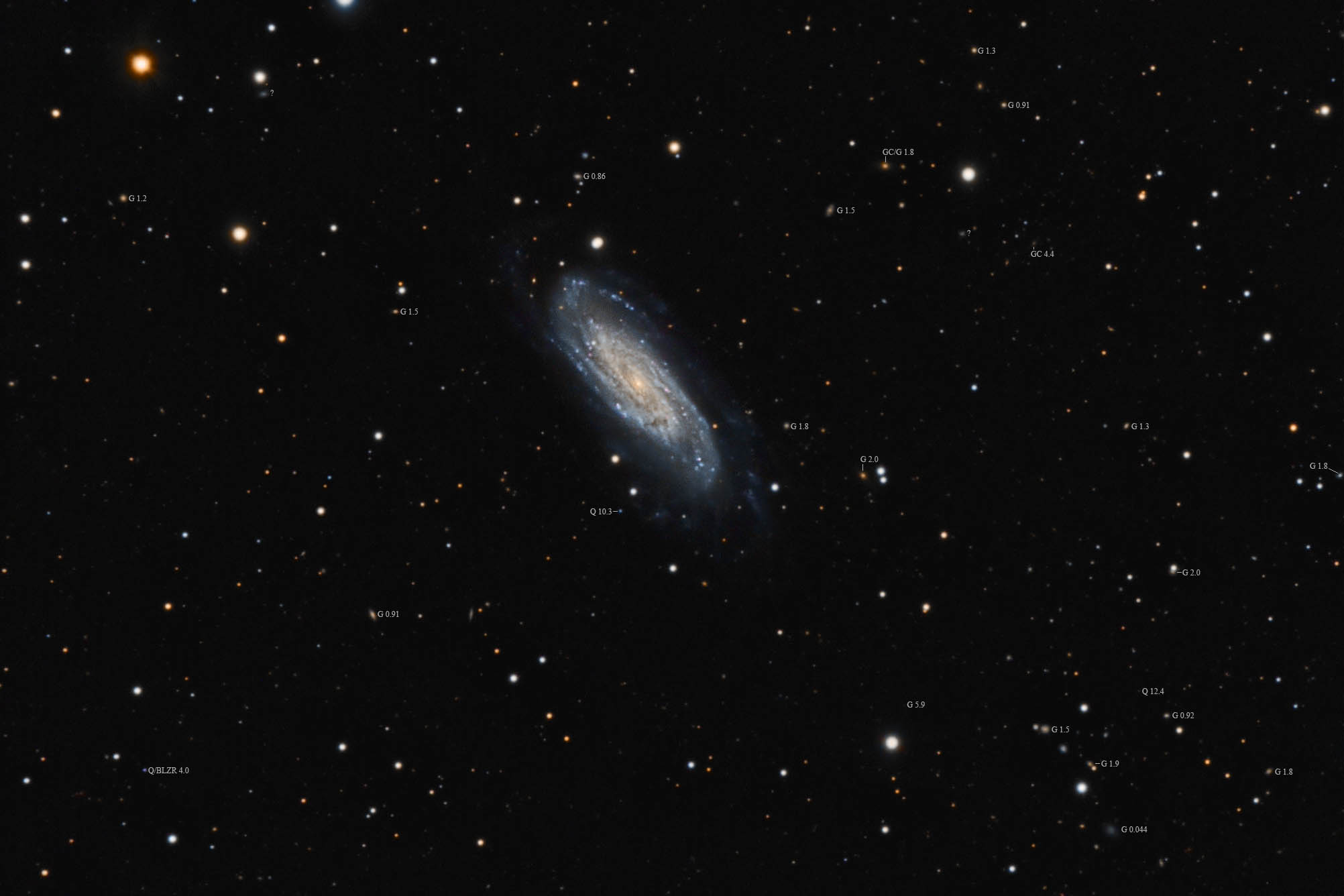