NGC 3338 is a very large spiral under the belly of Leo the Lion about 76 million light-years distant by redshift. It is classed as SA(s)c. Besides the simple arm structure, there are faint hints of pieces of the galaxy extending well to the east and a bit to the west of the arms. The west side is harmed by the 9th magnitude star SAO 99253 so the full extent on that side is hard to determine. Using what I can see the galaxy is about 160,000 light-years across at its redshift distance. That\'s one big spiral. It was discovered on March 19, 1784 by William Herschel. Besides being rather odd it also made my to-do list being a member of the second Herschel 400 list.

Its structure is rather odd. The core is quite small and bright. It is surrounded by a nearly featureless disk with a dark dust ring circling the disk. The spiral arms come from beyond this dark ring. While parts of the arms are fine and well defined other areas are quite flocculent in nature. It is if it can\'t make up its mind if it wants to be a grand design spiral or a flocculent spiral. This dual personality plus the faint scattered \"debris\" may be indicative of a merger in the not so distant past.

It has two dwarf companions, AGC 203080 to the northwest and AGC 205268 to the east. They are of about the same redshift. Using their redshift value they are 6,000 and 8,000 light years in size respectively. I doubt that devouring something of their size could create the disruption seen in NGC 3338.

Conditions were very poor for this one. I didn\'t realize it or I\'d have retaken the data. Seeing was fair but transparency went downhill from the start. Note how the asteroid trails fade away. showing the deterioration of conditions. For this one, I took the luminance on one side of the meridian and color on the other. The color data was very weak and failed to pick up the fainter parts of NGC 3338\'s outer arms so they are white. The galaxy, while not really a low surface brightness galaxy is noisy as if it were due to lack of data even after an extra luminance frame. With better data, I could have pulled a lot more detail out of this galaxy but it was just too noisy to attempt that.

While there are two galaxy clusters in the image only the bright cluster galaxy seems to show due to the poor conditions. Also, I should have moved the scope a bit south to pick up a neat flat galaxy that is mostly off the frame. What little shows appear rather warped. I\'ll try and do that when or if I retake the data. 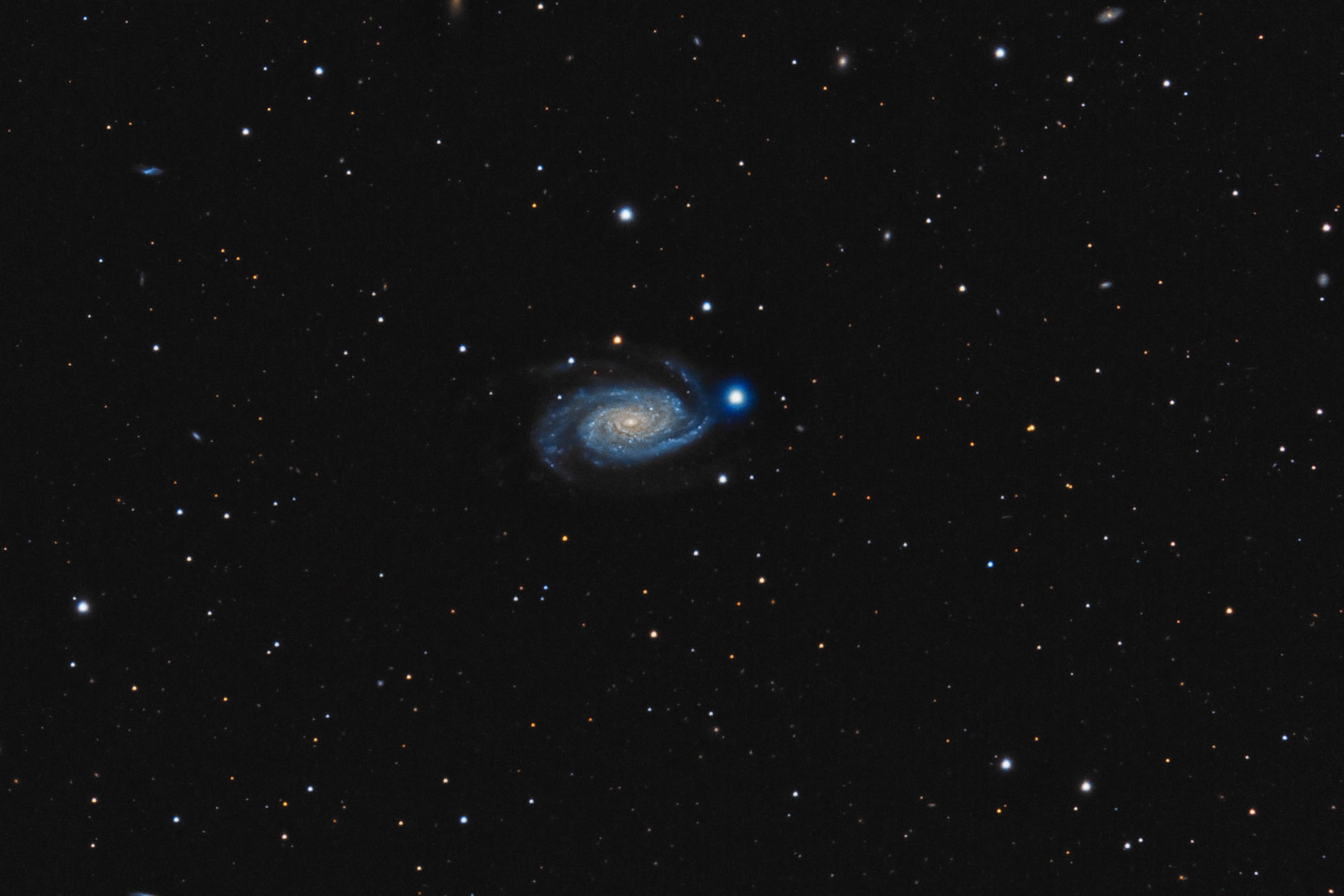 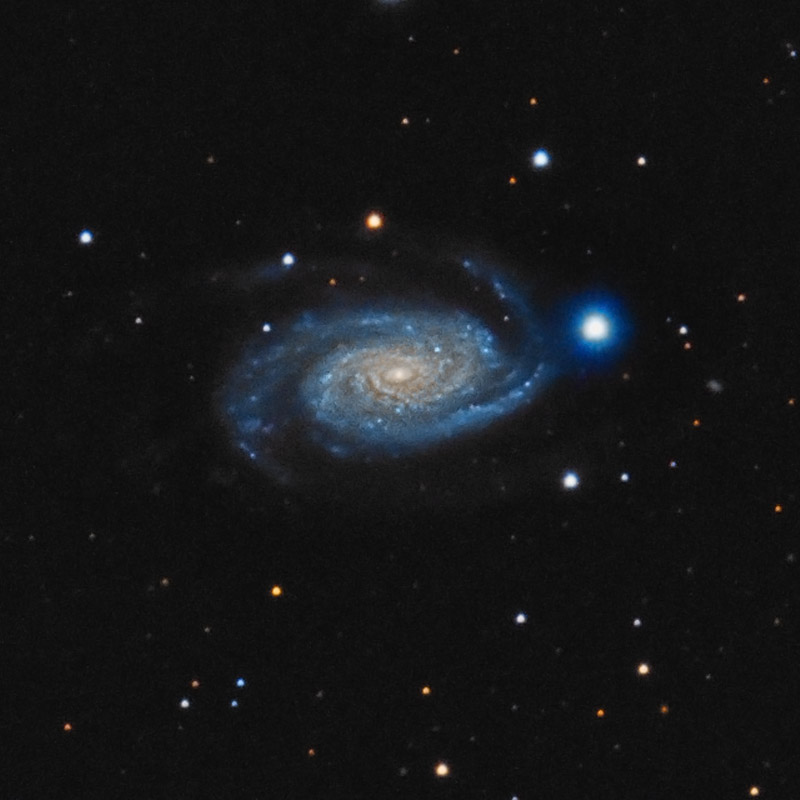 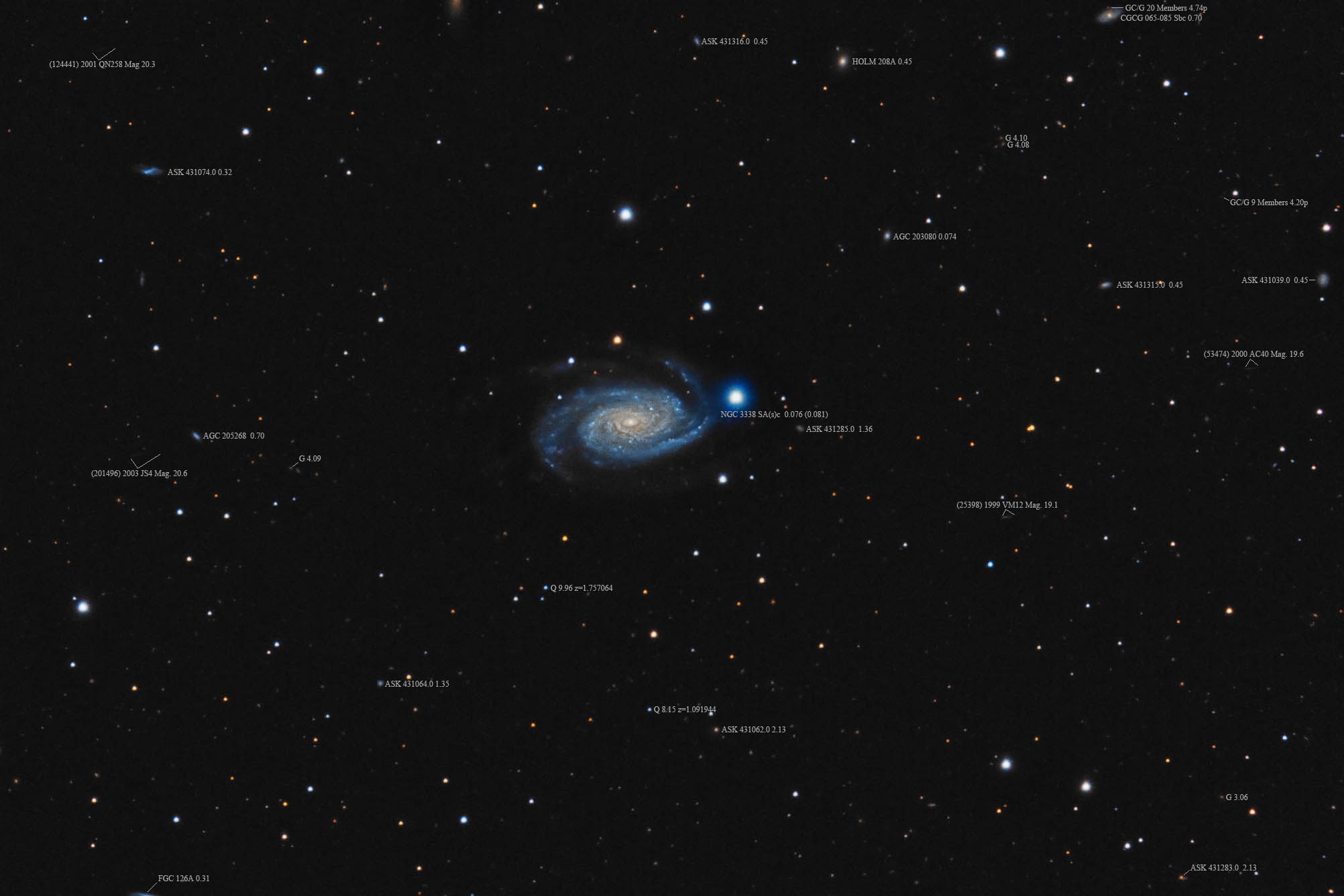