NGC 3346 is a face on barred spiral in Leo north of M105. Both redshift and Tully Fisher measurements put its distance at 73 million light-years. NED classifies it as SB(rs)cd while the NGC project says SBc. In any case, it has a nice mix of spiral arms and spurs. It is quite blue indicating recent star formation. Even the core is bluer than I expected. With all the blue star clouds I expected to find some HII regions but there\'s only a hint of a couple in my image. A note at NED indicates the authors of the paper failed to resolve the expected HII regions as well so I can\'t feel too bad about missing them.

The image contains many galaxy clusters listed at NED. Most have a Bright Cluster Galaxy that I used for the center if it was within 1\" of arc of the center position. In most cases, both the cluster and the Bright Cluster Galaxy had the same photographically determined redshift. In those cases, I listed only one distance with a \"p\" to indicate the photographic nature of the distance estimate. If they were different then the second distance is that of the galaxy. If no \"p\" then it was spectroscopically determined and likely the better value. In a few cases, the distances to a cluster were listed by NED as \"Estimated\". Those are indicated with an \"e\". How they were estimated wasn\'t given.

Many of the clusters seem themselves clustered. Often they have similar galaxy counts. Usually, they came from different catalogs. I have to wonder if these clusters of clusters are really looking at the same galaxies but have determined the centers and sizes of the groups (none gave a radius or diameter) differently but are really referring to some of the same galaxies. If the line drawn doesn\'t end in a galaxy then there was no bright cluster galaxy listed and the line points to the position given for the center. In such cases the error bars were often 15 to 30 seconds of arc so included many possible galaxies for the center one. Some clusters have no core galaxy making such a hunt futile.

The image contains 3 asteroids. I\'ve noted them in the annotated image. A few edge on galaxies are seen in the image that are good asteroid imposters. I check each out and they all were real galaxies. 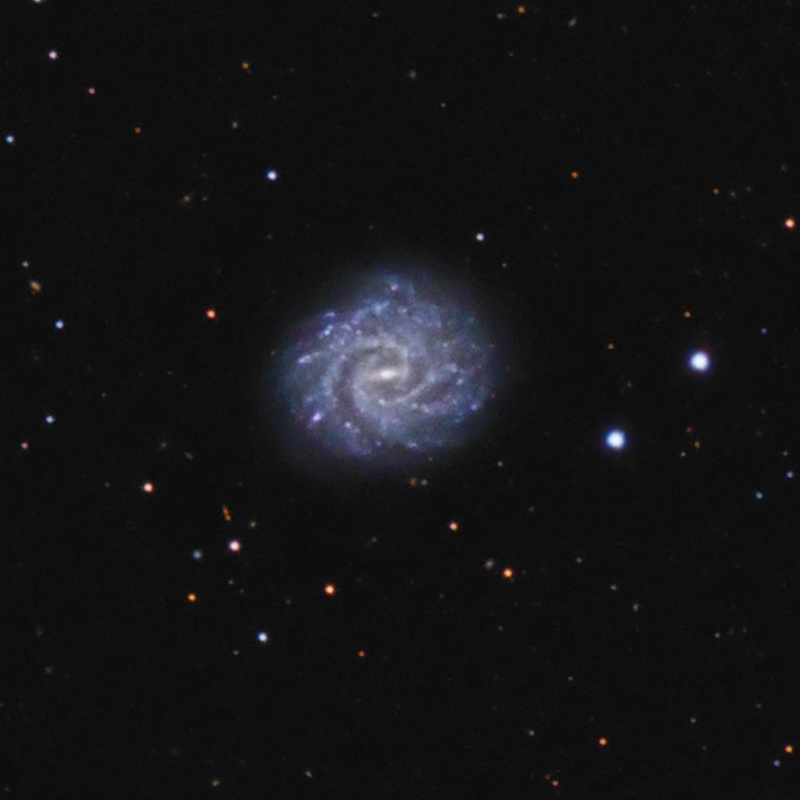 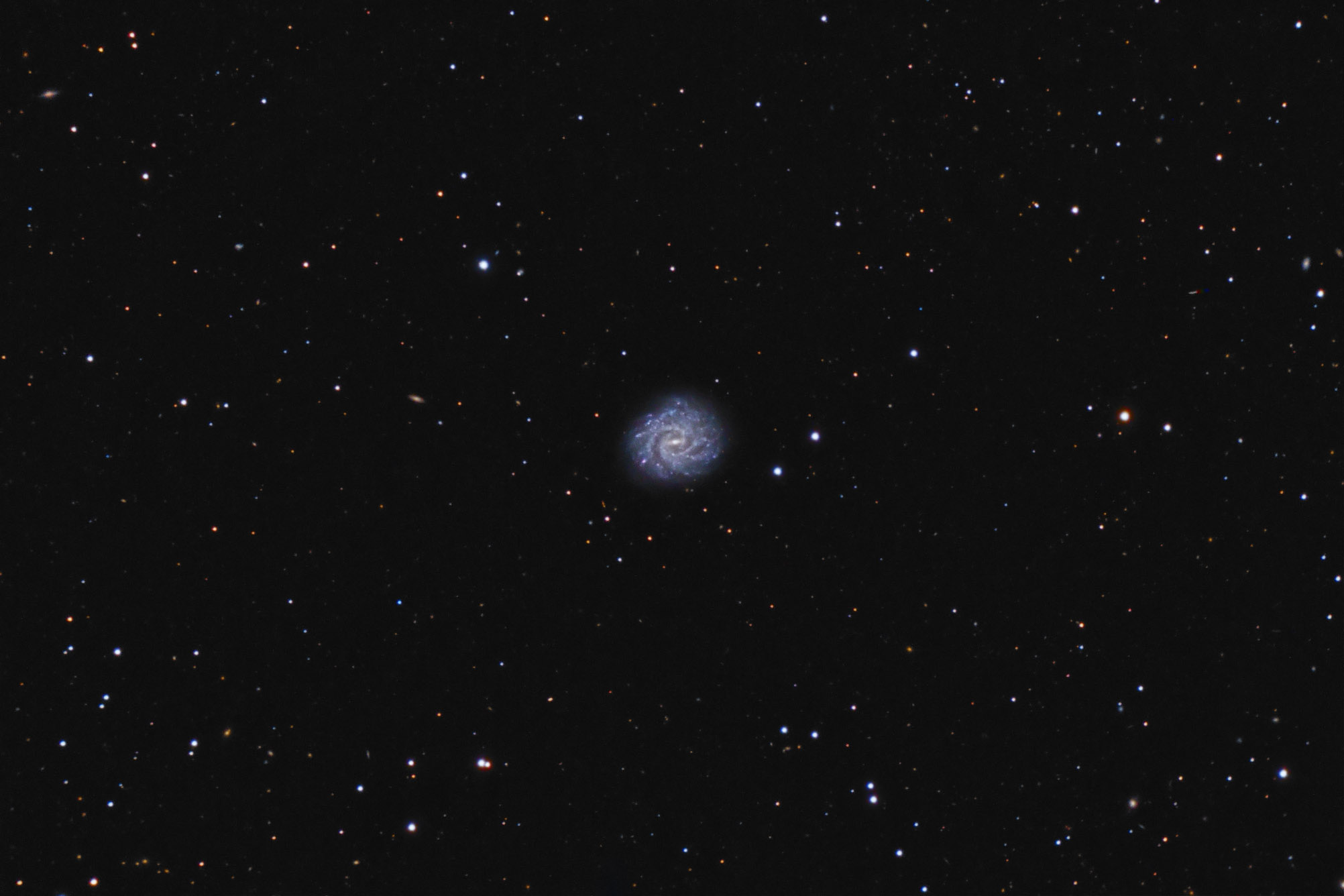 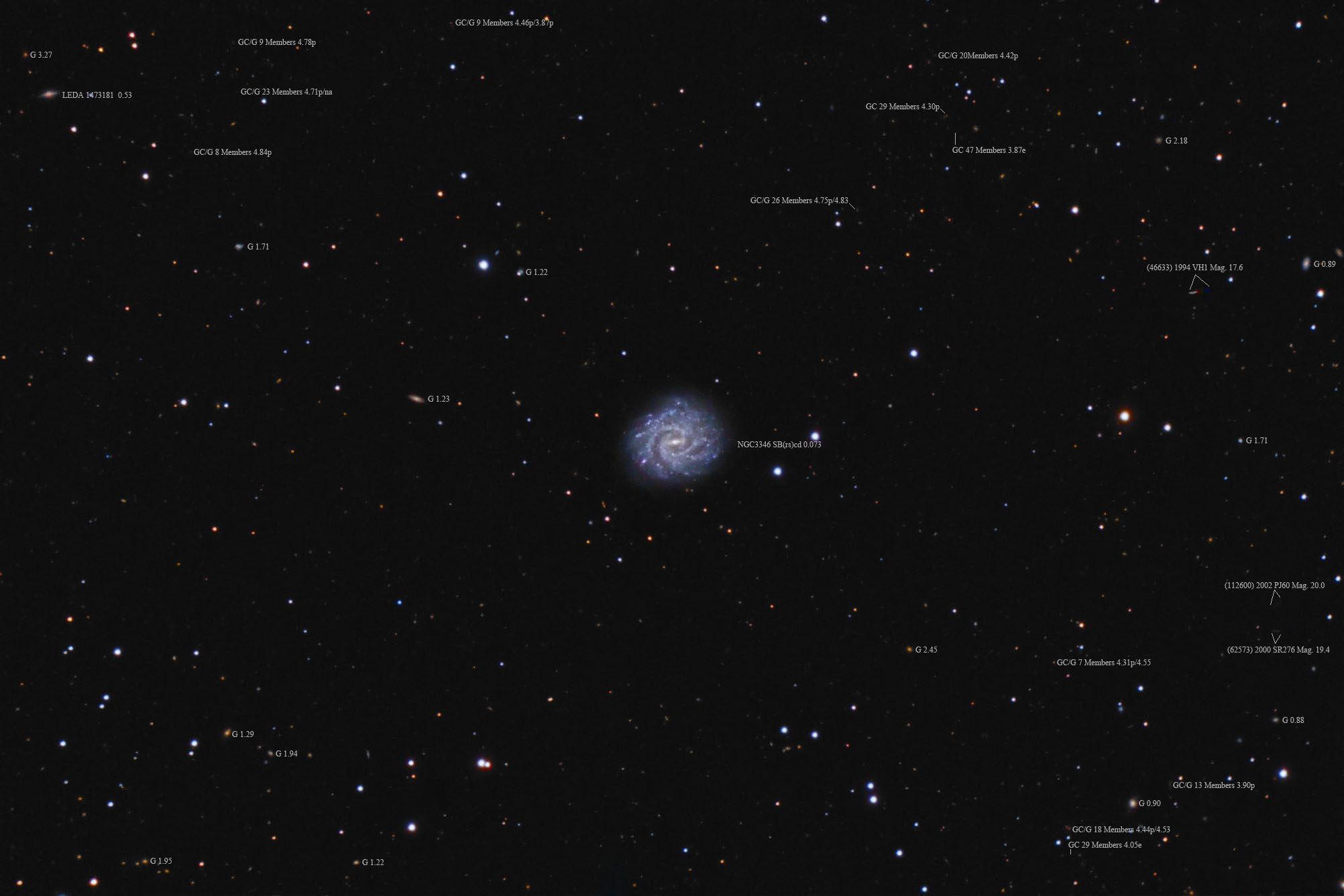