NGC 3423 is a nice, but rarely imaged, face on, multi-armed, blue spiral in Sextans. NED classes it as SA(s)cd while the NGC project says Sc. It is full of star clouds and HII regions. Redshift puts it about 63 million light-years away while Tully Fisher measurements say it is only 35 million light-years away. I found a crude image made from the few HST frames available for it at http://upload.wikimedia.org/wikipedia/commons/5/52/NGC3423-hst-R606GB450.jpg which seems to have the resolution about what I\'d expect for the further distance but as my image starts to bring out the HII regions even without H alpha data I have to suspect it is closer than the redshift indicates. In any case, it is a relatively nearby galaxy. It was discovered by William Herschel on February 23. 1784. It\'s not in either H400 program.

An asteroid happened to be tracking across its face when I took these frames. Thanks to the bright background of the galaxy the color frames show clearly when normally they\'d be lost against the blackness of space for an asteroid of this brightness. There\'s a second asteroid in the image. Details are on the annotated image. Interestingly enough the red POSS 2 plate picked up an asteroid on almost the same path but it had just cleared the galaxy.

In preparing the annotated image I ran into a lot of very faint, distant galaxies nearly all of which were listed at NED as being ELG which stands for emission line galaxy. I\'ve not seen that before. It\'s apparently a new addition to their database in some areas of the sky. One near the top of the image right of center is listed with a redshift in excess of 1 which puts it nearly 8 billion light-years distant. For me to pick one up at that distance I have to wonder if it doesn\'t have an active core that rivals a quasar in brightness. That one is more distant than one listed as a Quasar/AGN on the very left edge of the image. Three of these ELGs are hiding by stars. I drew a line to them to show it wasn\'t the star that was the ELG. In one case I also had to mark the star they were so closely paired and matched in brightness.

There are several quasar candidates in the image (UvES) as well. Another is a candidate BLAGN which stands for Broad Line Active Galactic Nucleus. As is often the case there was a rather obvious galaxy a bit northwest of NGC 3423 that isn\'t listed at NED at all. There may be more, it was just the only one I happened across by accident. 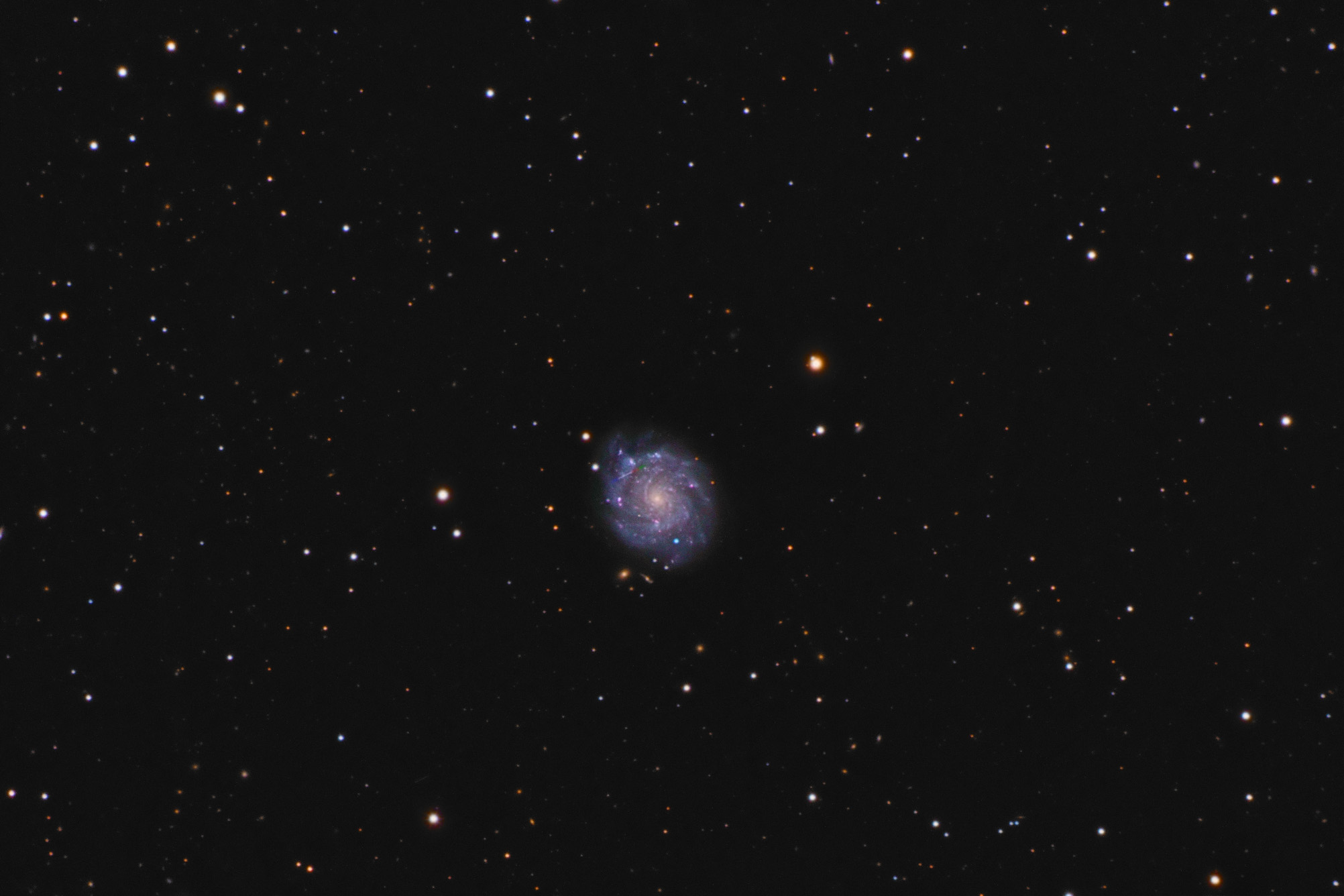 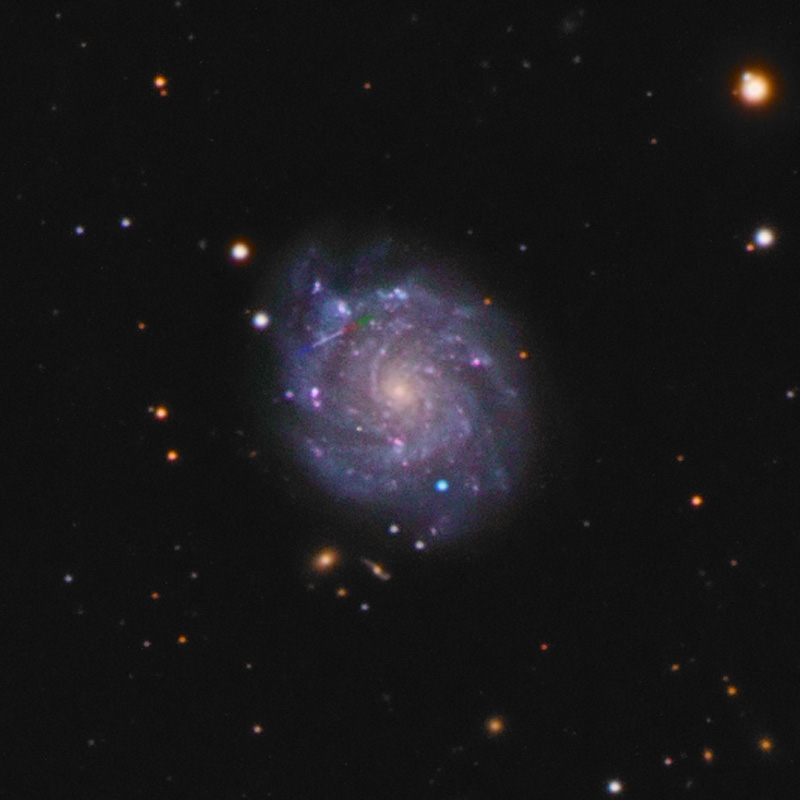 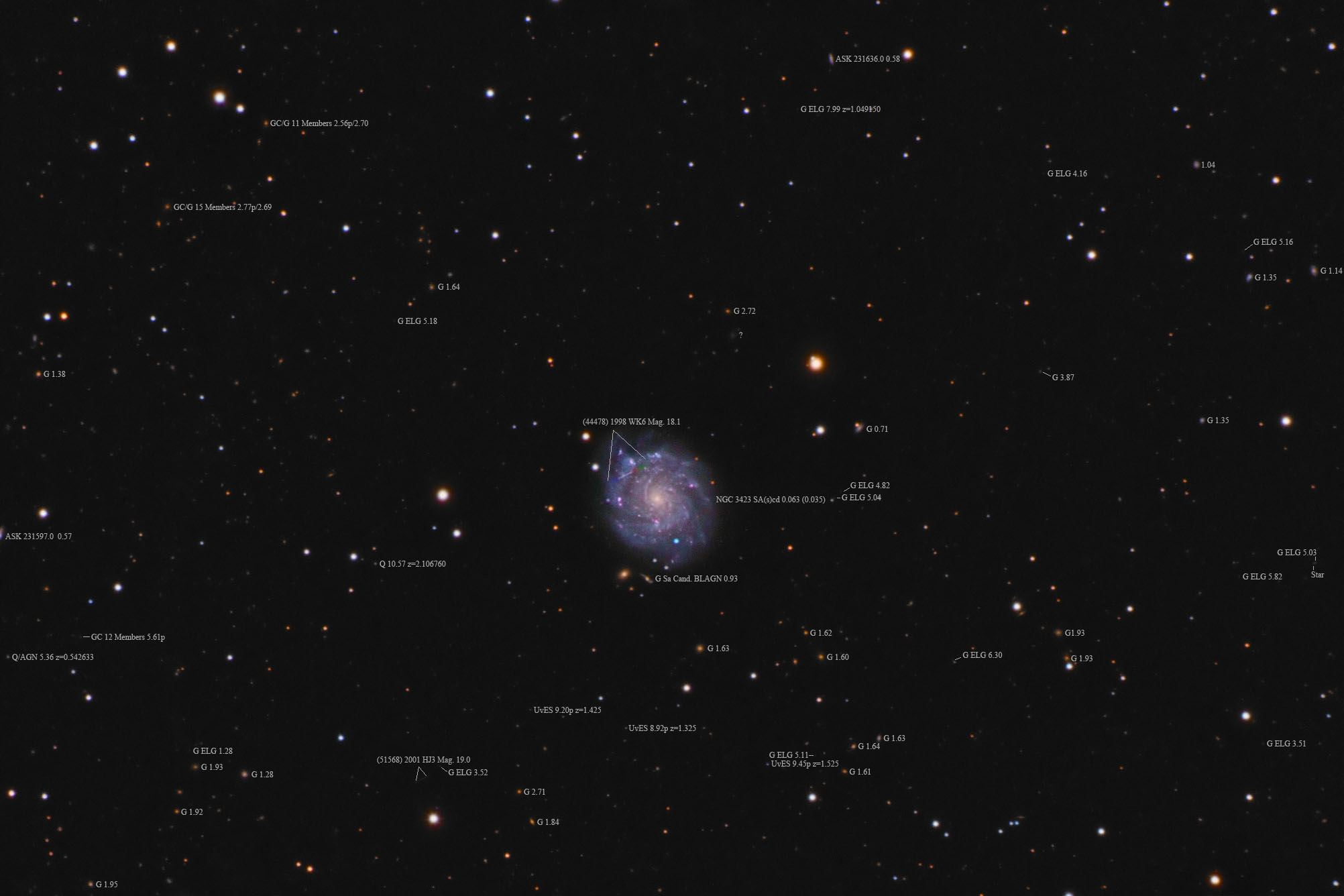