The barred spiral galaxy, NGC 3614 is located in Ursa Major nearly 10 degrees below the bowl of the Big Dipper portion of the constellation. It is a huge spiral that I measure to be some 170,000 light-years across thanks to the distorted arm on the eastern (left) side. Some sources say it is not barred but it certainly looks barred to me and that\'s what NED considers it classifying it as SAB(r)c though the NGC Project calls it simply Sc. The galaxy was discovered by William Herschel on February 5, 1793 but is in neither of the two Herschel 400 observing programs. Its surface brightness is much fainter than my image would indicate as I stretched it considerably more than usual to bring out its spiral structure. I doubt it is an easy target for visual observers unless they are using a 10\" or larger scope under very good skies.

It has a couple small dwarf companions as shown in the annotated image. Though NGC 3614A is not a companion as its redshift puts it over 2.6 times further away. It is listed as a Magellanic barred spiral though it looks more like a mess to my eye. At the time of the VV catalog, it was considered a possible companion to NGC 3614 but redshift shows that isn\'t the case. As a Magellanic spiral, it is rather large. I get a size of 78,000 light-years thanks to the rather separated star clouds at its southern end. If it is a barred spiral as its classification says then it is very non-symmetrical with a strong bar to the south and none I can see going north. In any case, it is a low surface brightness galaxy. It appears to have its own dwarf companions. ASK 346540.0 to the west-southwest and ASK 345024.0 further due west.

The annotated image shows that many of the other galaxies fall into two groups, one at about 880 million light-years and another at about 1.450 billion light-years. Neither group seemed to be identified at NED that I found unless the centers lie outside my field. I didn\'t check for that possibility. 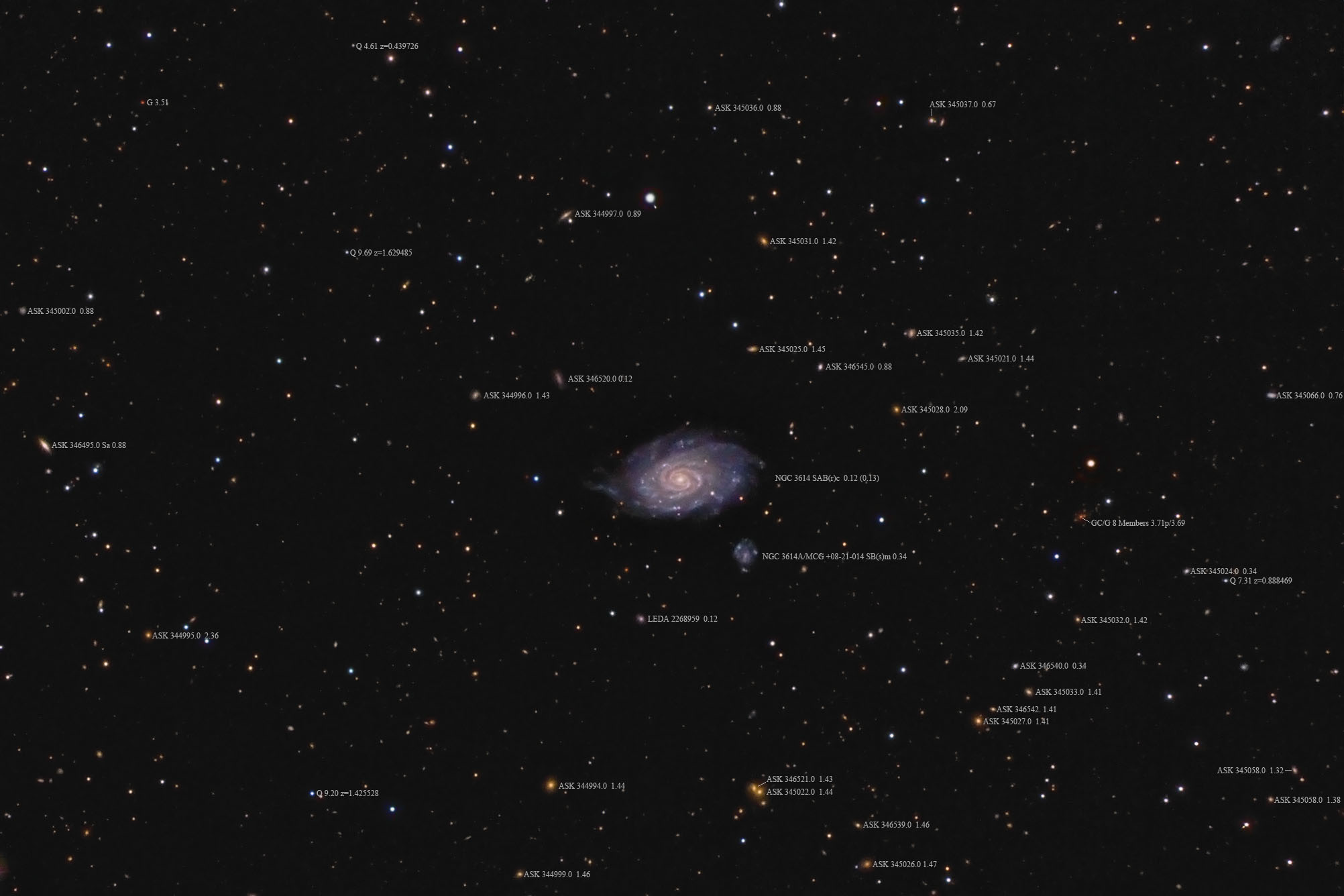 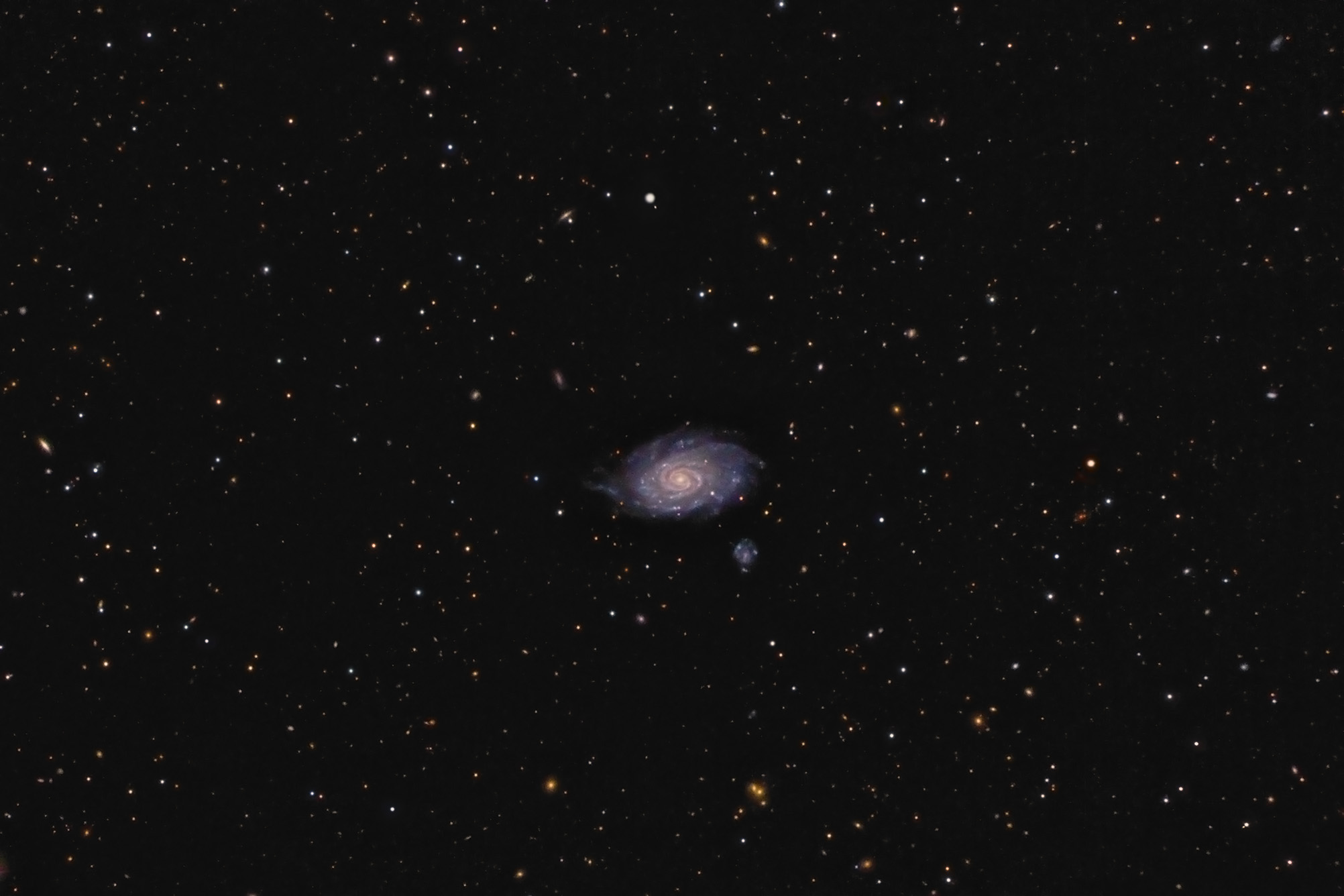 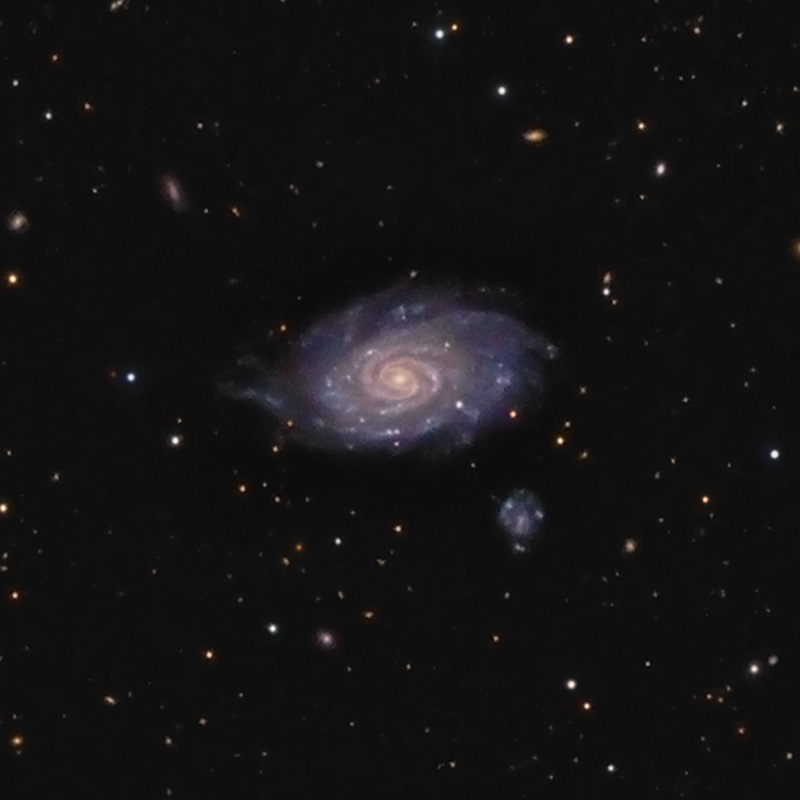