NGC 3726 is about 35 million light-years away in Ursa Major. It is part of a group of galaxies sometimes called the Ursa Major Cloud. M108 and M109 I\'ve covered in the past are the brightest members of the group. It too appears to have tangled with something in the past as told by the strongly kinked arm at the \"bottom\" of the galaxy making it look very unsymmetrical. That arm shows strong new star formation with the many knots of blue stars. Who it tangled with in the past I haven\'t been able to find out.

It was discovered February 5, 1788 by William Herschel. It is in the original H400 observing program as it is a very good visual object. My entry from May 4, 1984 with a 12.5\" f/6 scope from the New Mexico Bad Lands at 150x on an excellent night reads \"Large, oval, a featureless puff, Getting evenly brighter toward the Nucleus. Seems about 12th magnitude due to its rather large disk spreading its light out so much rather than the 10.8 in the H400 preliminary pages or 11.3 in Burnham\'s.\" Obviously, I wasn\'t seeing the arms that are obvious in my image.

This is one of my very first color images processed with insufficient software and ignorance of how to us what it did allow me to do. Somehow it came out surprisingly well but likely would show more detail if I went back and reprocessed it. Just haven\'t had the time. 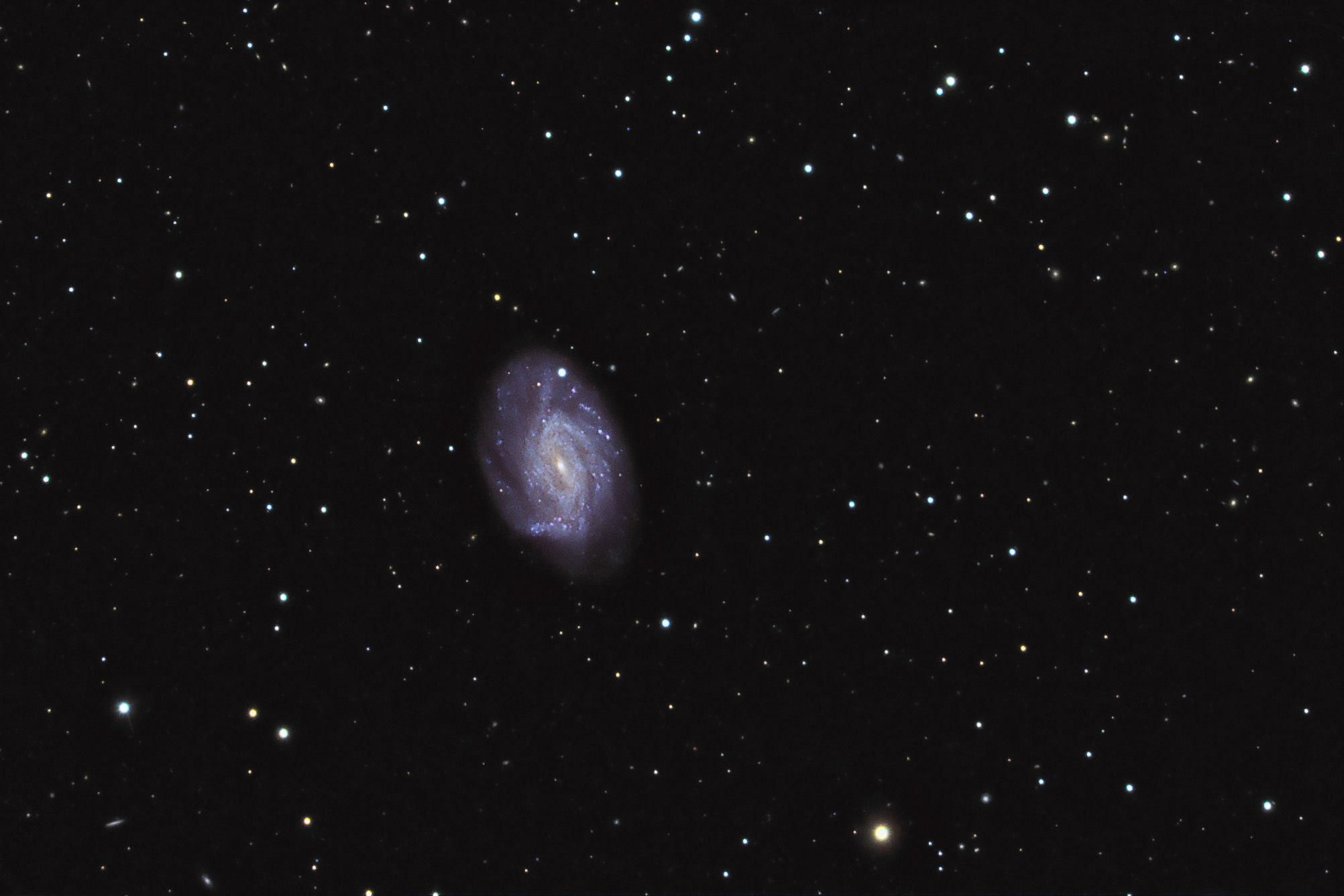