NGC 3938 is a very photogenic, face on, many armed, blue spiral galaxy that is often imaged. It was discovered by William Herschel on April 27, 1785. It made my list because it is on the original Herschel 400 list. I take these when nothing on the main list is well positioned, or in this case, seeing wasn\'t up to the object I wanted to capture. In fact, it was very poor this night. So poor none of the H alpha regions I wanted to capture survived the seeing, especially since I took red when it was lowest and in the worst seeing. I hoped its longer wavelength would help but it didn\'t. In fact, it is so red starved I couldn\'t bring it up to even close to blue without creating so much color noise I gave up trying. The core is likely somewhat redder than I show it though it isn\'t nearly as red as in most galaxies. Another for the proverbial reshoot list that rarely happens.

My visual note from April 16, 1985 with my 10\" f/5 at up to 150x on a fair but humid night reads: \"Large, round, apparently face on galaxy with an even halo. It has a starlike object (core?) but not at its center. Is this an off-center nucleus of just a 14th magnitude field star?\" This photo shows it to be the nucleus and the galaxy to be rather unsymmetrically distributed around it leading to my off-center comment.

The glow about the middle of the far right edge is from a bright star just off the chip. I should have cloned it out. 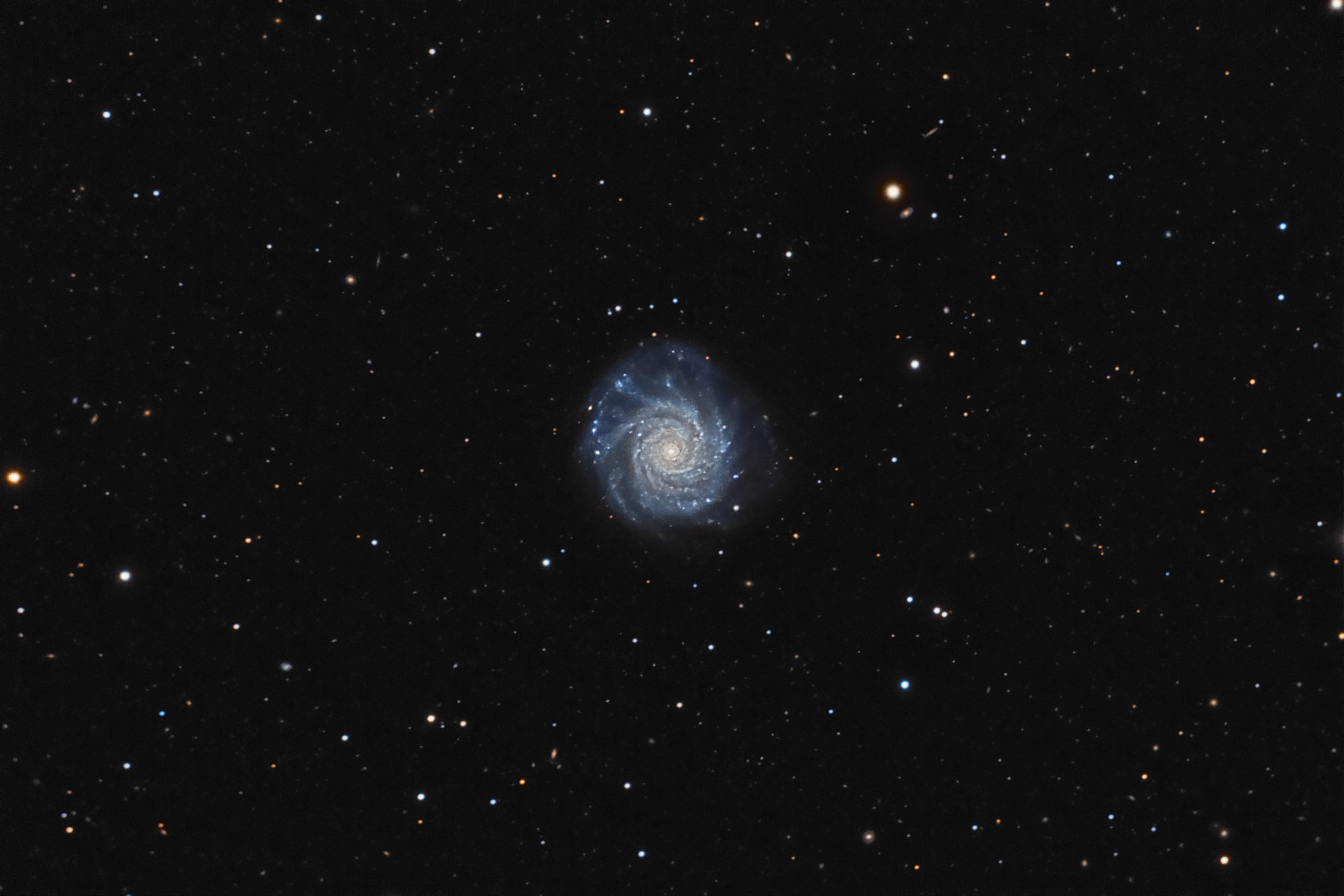 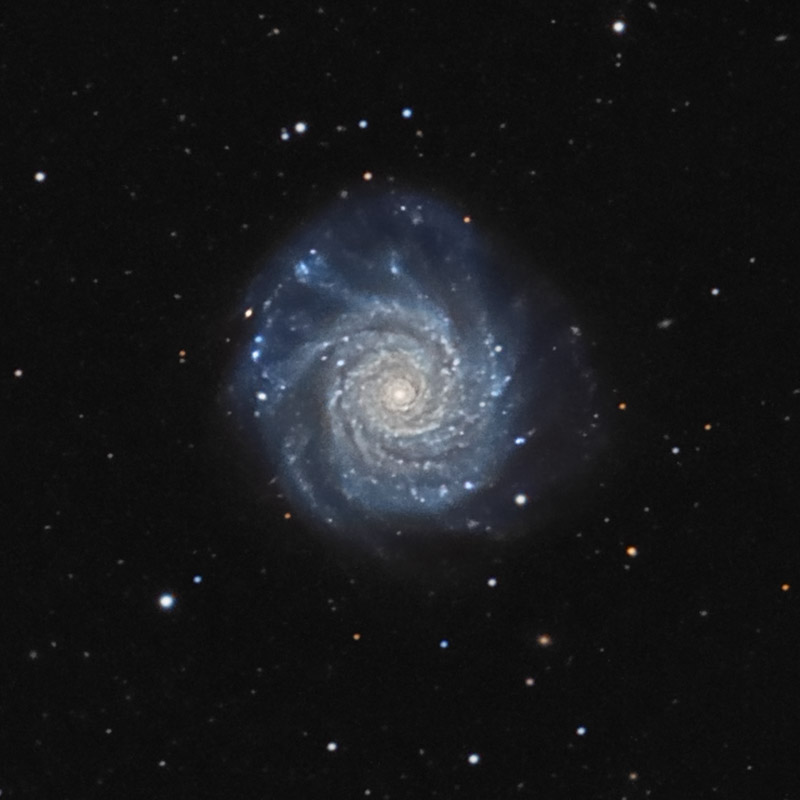 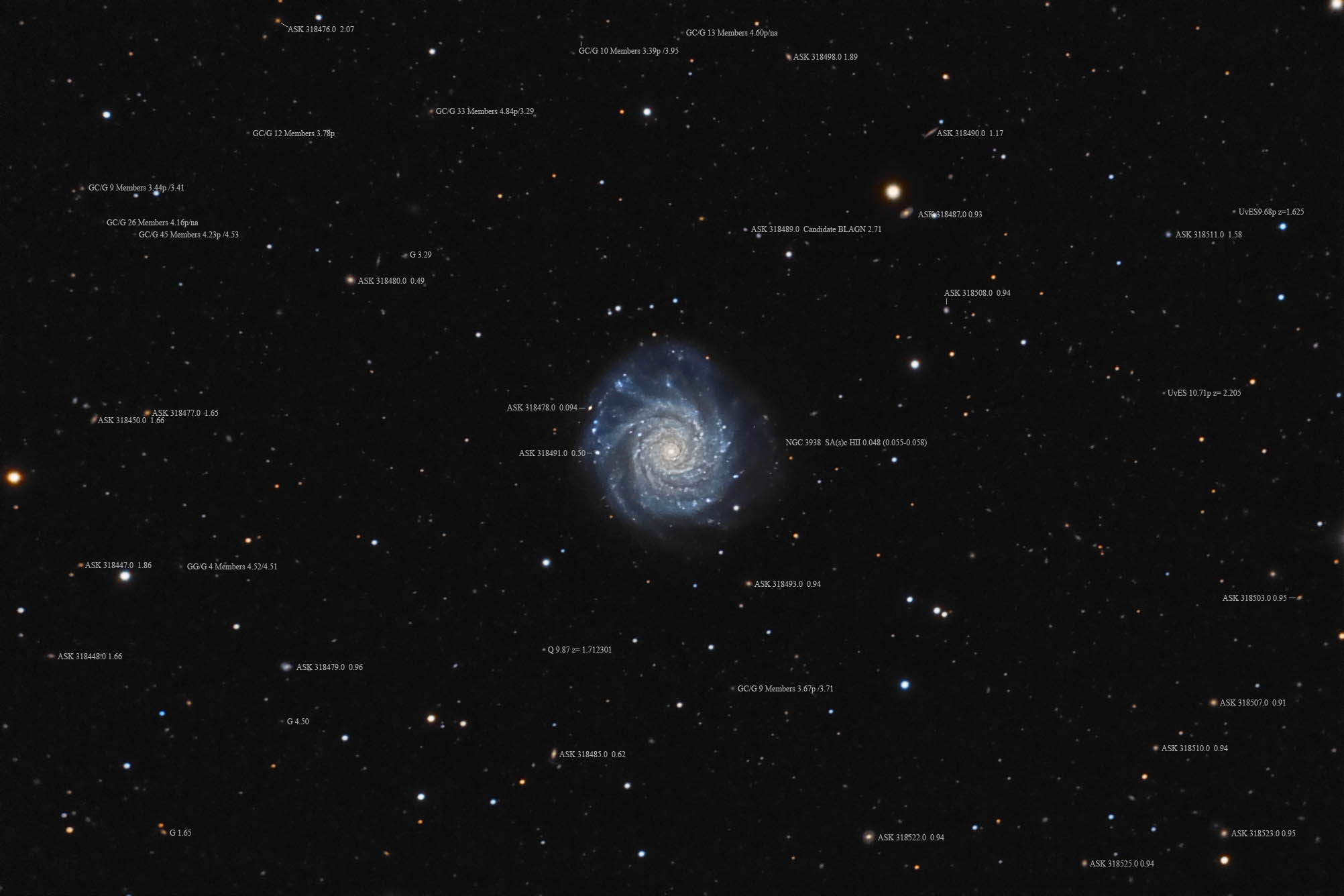