Thanks to having now over 1500 narrow-angle fields in my image library, all covering only about one-fifth of a square degree of sky, I\'m now starting to find I can mosaic a current image to a prior one taken years earlier. As it happens this image allowed me to do that. I took this one for the disconnected arm on the galaxy and the 2011 image for a supernova in NGC 3972. I did reprocess this one somewhat as the color balance in 2011 was done differently and wasn\'t all that accurate as I usually can achieve today.

NGC 3982 is a face on spiral galaxy in the eastern end of the bowl of the Big Dipper asterism. Redshift puts it about 60 million light-years distant while Tully Fisher measurements say 70 million. Assuming the 60 million figure which APOD and a few others agree on it is about 40 million light-years across counting the rather odd arm separated from the rest of the galaxy. Ignore it and the diameter shrinks to just over 30 million light-years which is the diameter often cited for it. NED classifies it as SAB(r)b:;HII Sy2 indicating it has a rather active black hole feeding at its core. The NGC Project omits reference to the ring. A note at NED talking about the HST image of the galaxy looking for pre-supernova stars says: \"Although this galaxy was classified as ringed in the RC3 catalog, in our Hubble images this feature is clearly identified as a spiral of star-forming regions, star clusters, and dust lanes.\" No, they don\'t know which star will blow, only they hope when one does it is captured in the data for further study.
The HST image is at: http://hubblesite.org/newscenter/archive/releases/2010/36/image/a/

The galaxy was discovered by William Herschel on April 14, 1789 and is in the original Herschel 400 observing program. My notes from April 16, 1985 at 150x with my 10\" f/5 under humid skies that limited transparency reads: \"Round, featureless puff of a galaxy, somewhat brighter toward the west edge. I didn\'t see the nucleus as the writer mentions though did see the illusion of one at 50x that vanished at 150x. Three other galaxies are in the same field, NGC 3398, 3972 and an unplotted one.\" I was using the Skelnate Pleso Coeli Atlas at the time which didn\'t go all that faint for galaxies or anything else.

Also in the field are a few interesting objects. ASK 238991.0 to the east looks sloshed with its core displaced to the southwest. A rather red quasar at 11.64 billion light-years (z=3.100774) is to its north. With its light stretched to over 4 times its original wavelength that might explain the reddish color along with dust and gas between us. To the southeast of NGC 3982 is a triple galaxy at 850 million light-years with a 4th one that\'s nearly twice as far away getting into the group. Oddly it is nearly twice the size of the much closer trio. That means it is much larger than the others. I measure it at just over 200,000 light-years in size. while the largest of the three is 70,000 light-years across. The distances to the galaxies in the field seem to group with one at 700 million light-years, another at 850 million another at 1.05 billion etc. I didn\'t find any names for these groups other than those noted in the annotated image.

In processing the image which was taken over several months, just finishing in January and in which I\'d remounted the camera between images resulting in the need to crop this image a bit, I noticed a glow at the northern edge. That was NGC 3972 mentioned in my notes. I had taken that galaxy, along with NGC 3998 back in May of 2011. I have combined the two into a mosaic. NGC 3998 is the large elliptical in the upper left corner and is also in the original Herschel observing program. My notes on it the same night as 3982 reads: \"Largest and brightest of the 4 galaxies in the field. It has a bright nucleus with a round halo. An unplotted galaxy (3990) is just west of it. NGC 3982 and the very difficult NGC 3972 are also in the same field.\" Apparently, I never saw NGC 3977 to the north of NGC 3972. Its core seems no harder to see in my image than 3972 but I missed it. I\'ve never revisited the field visually.

My reason for taking NGC 3972 was that supernova 2011by had just been seen in it. That is the bright blue star on the north edge of the galaxy above the core. 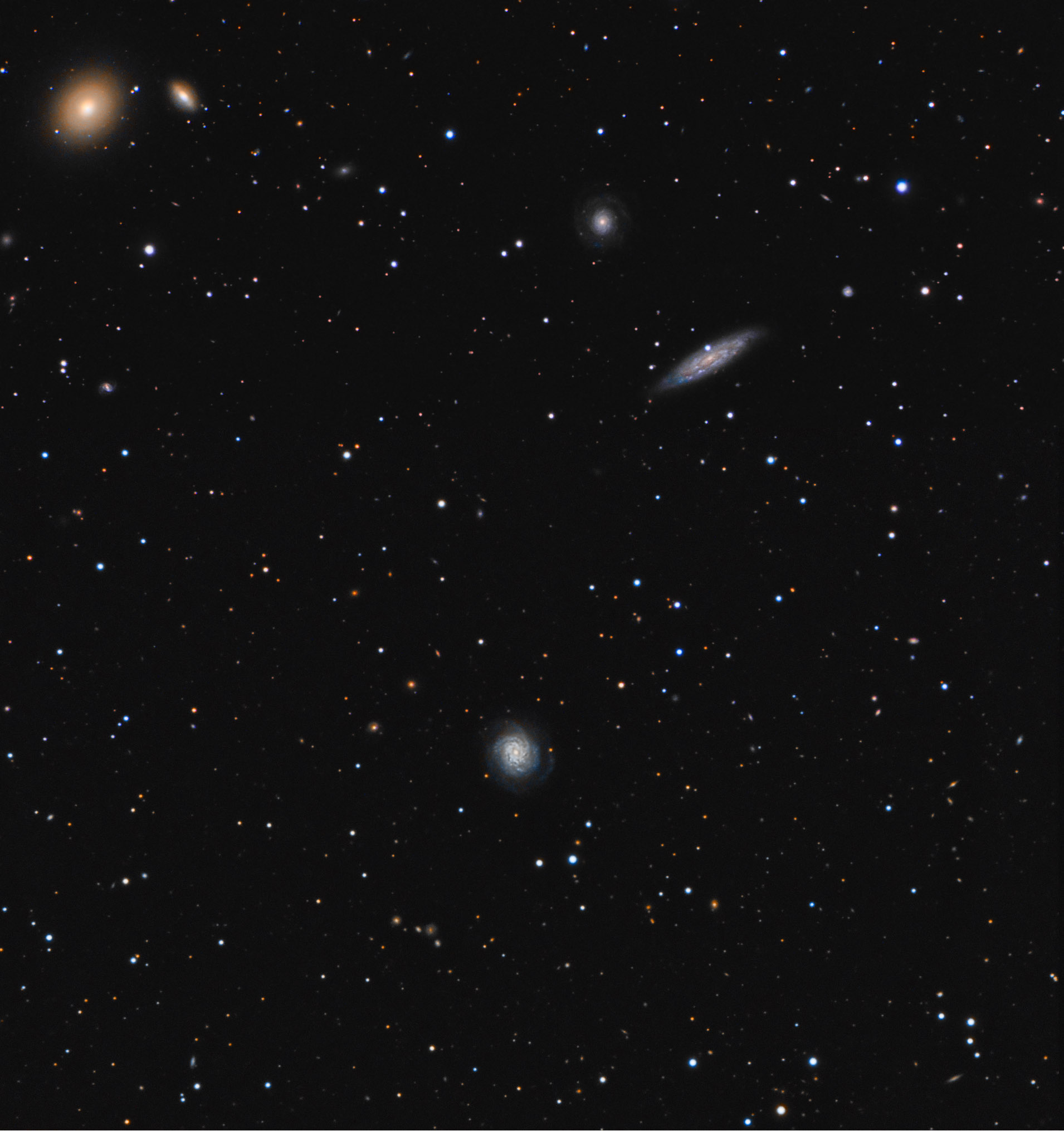 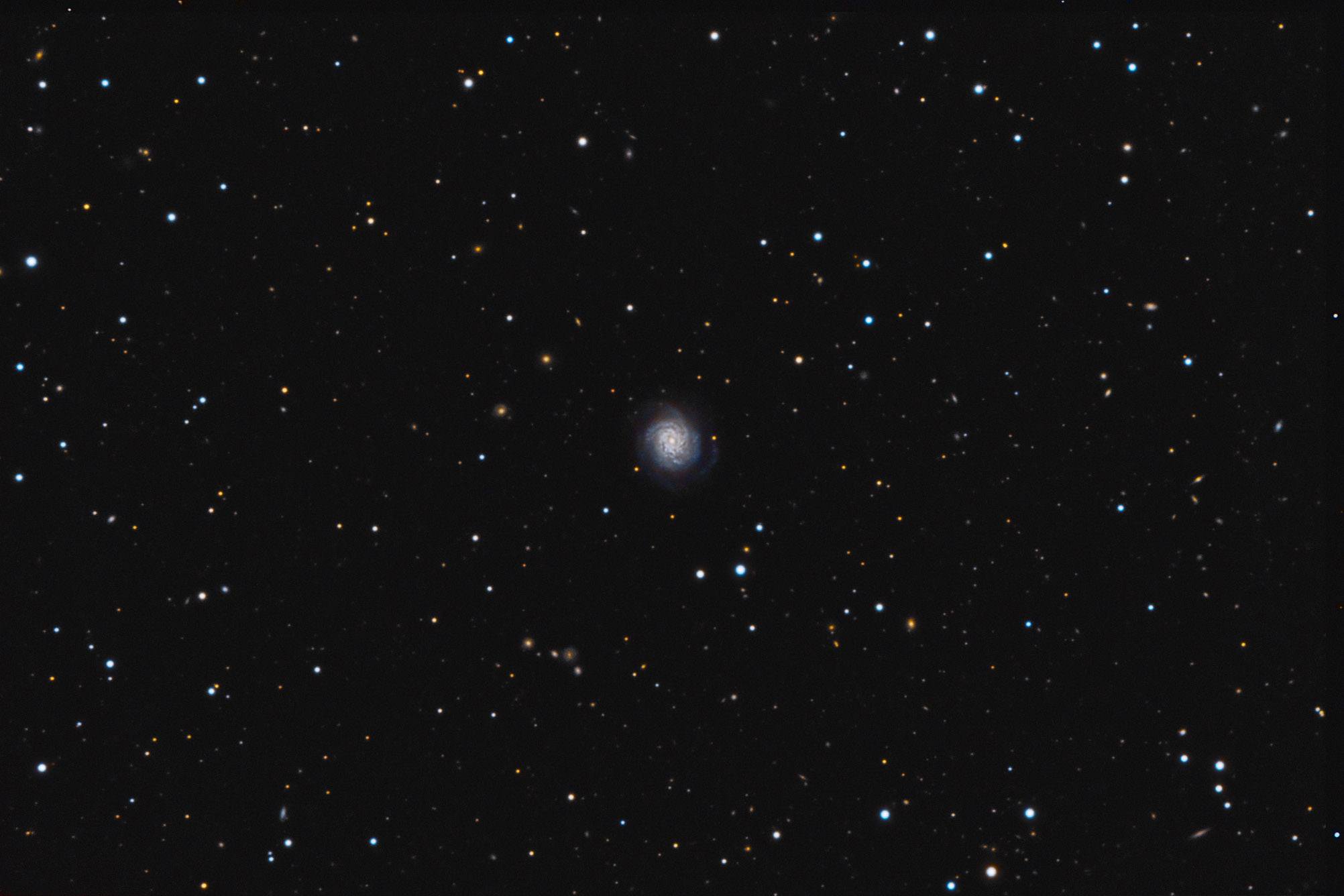 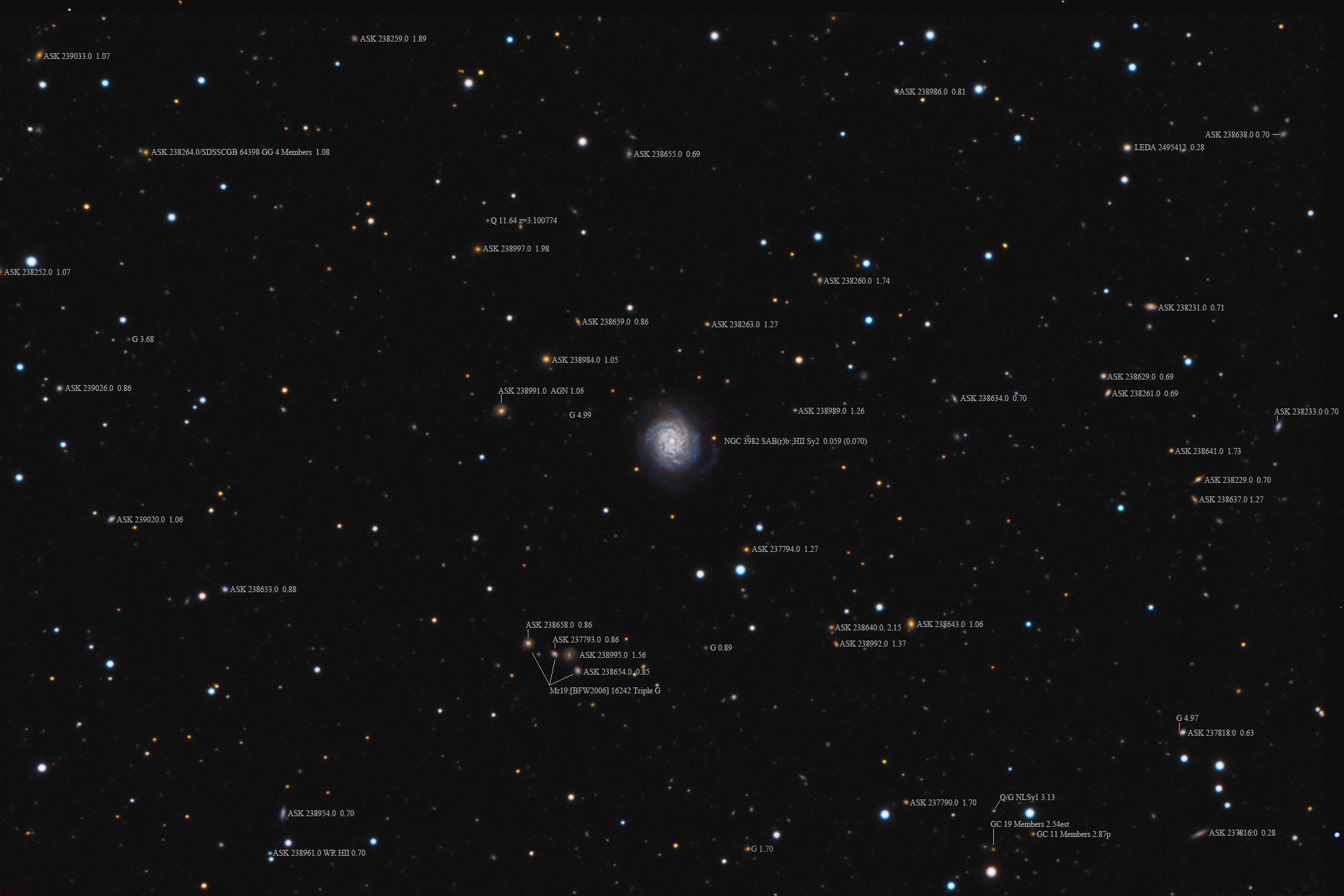