NGC 4013 is a rather bright edge-on spiral galaxy in Ursa major just over the western border of Canes Venatici. At 55 million light years it is rather close but also smaller than some other famous edge-on galaxies like NGC 4565 which is on my redo list if the weather ever cooperates. Edit: Never retaken as yet. In the meantime, this one will have to do. It was discovered by William Hershel on February 6, 1788. It is in the second H400 observing program.

Hubble took a rather famous shot of this galaxy back in 2001 so I\'ll just refer you to the text with that image. http://hubblesite.org/image/1022/news_release/2001-07 Note the Hubble image is \"upside down\" compared to mine. I have north up while they show it with south up. The Hubble camera can\'t see the entire galaxy at once so imaged what is the right half of it in my image.

Edit: This is an early image with all the processing problems I had with insufficient software back then. Also, my imaging technique wasn\'t all that great at that time either. 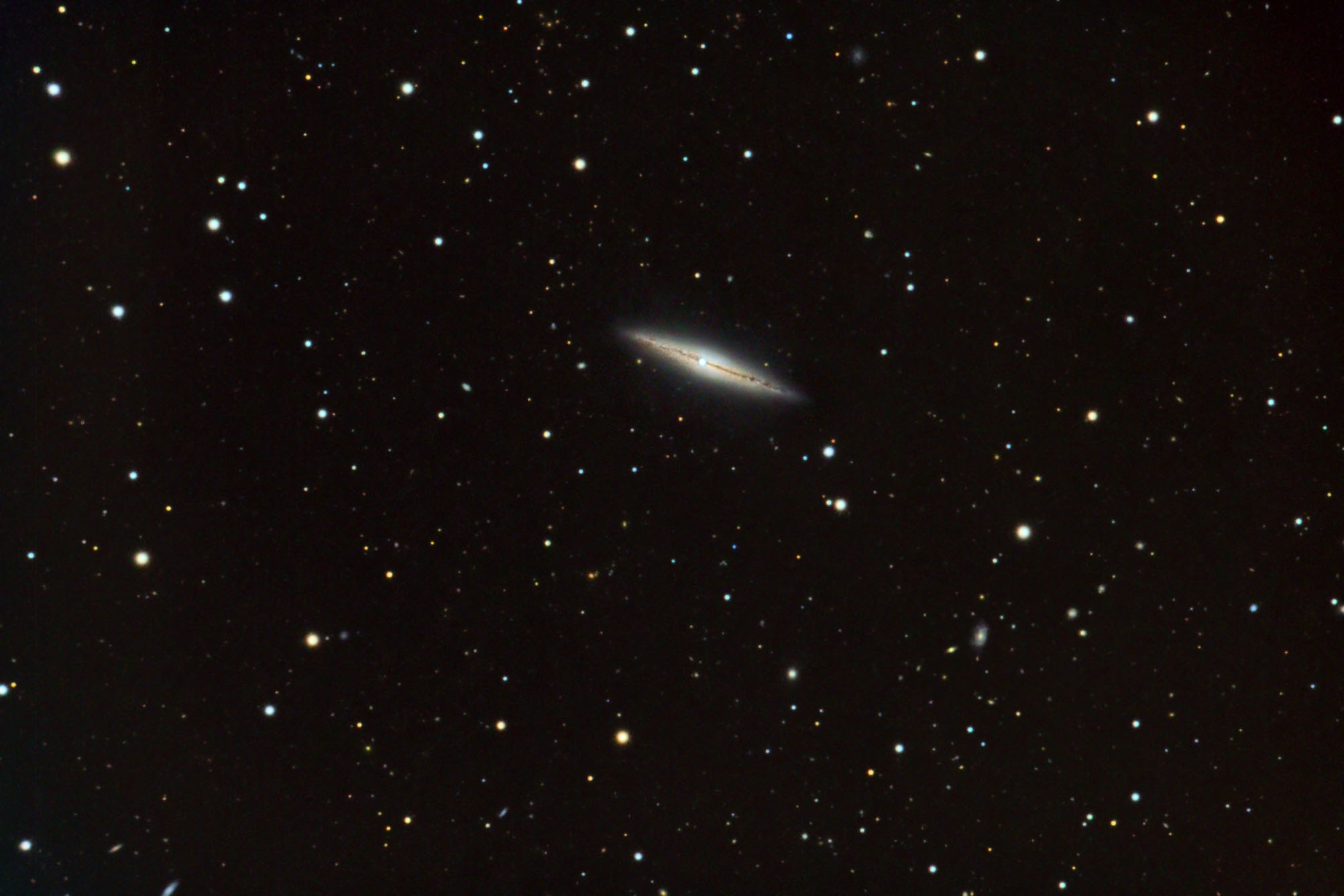