Arp 18/NGC 4088 is in Arp\'s category for detached segments. I take it to be the piece on the northeastern end. It has a redshift that\'s 595 km/s while the galaxy has a redshift of 757 km/s So could it be an entirely separate galaxy? Or is the difference due to that part of the galaxy rotating toward us? NED considers it part of the galaxy. A southwestern clump has a similar difference but is receding. For this reason, I am going with NED that it is a part of the galaxy. Since NGC 4088 doesn\'t appear to be interacting with NGC 4085 at the bottom of my image the question remains as to what caused this odd detached piece?

NED classifies NGC 4088 as SAB(rs)bc HII, the NGC Project agrees as does Seligman. A very rare agreement for all three! The galaxy was discovered by William Herschel on March 9, 1788. NGC 4085 is classified by NED as SAB(s)c:? HII as does the NGC Project. Seligman is silent as to its classification. NGC 4085 was also discovered by William Herschel but on April 12, 1789, over a year later. Both are in the original Herschel 400 list. My comments about Arp 18 (I didn\'t know it was an Arp galaxy at the time) from May 4, 1984 on an excellent night with my 10\" f/5 at powers up to 150x reads: \"Bright easy oval, somewhat brighter to the northeast (detached segment?) Nucleus ill-defined.\" My entry for NGC 4085 the same night with the same scope reads: \"Small faint oval with bright center. Fits in the same 150x field with NGC 4088. Nice pair.\" The last two words were penciled in at a later date and are not part of the computer file, only the printout. 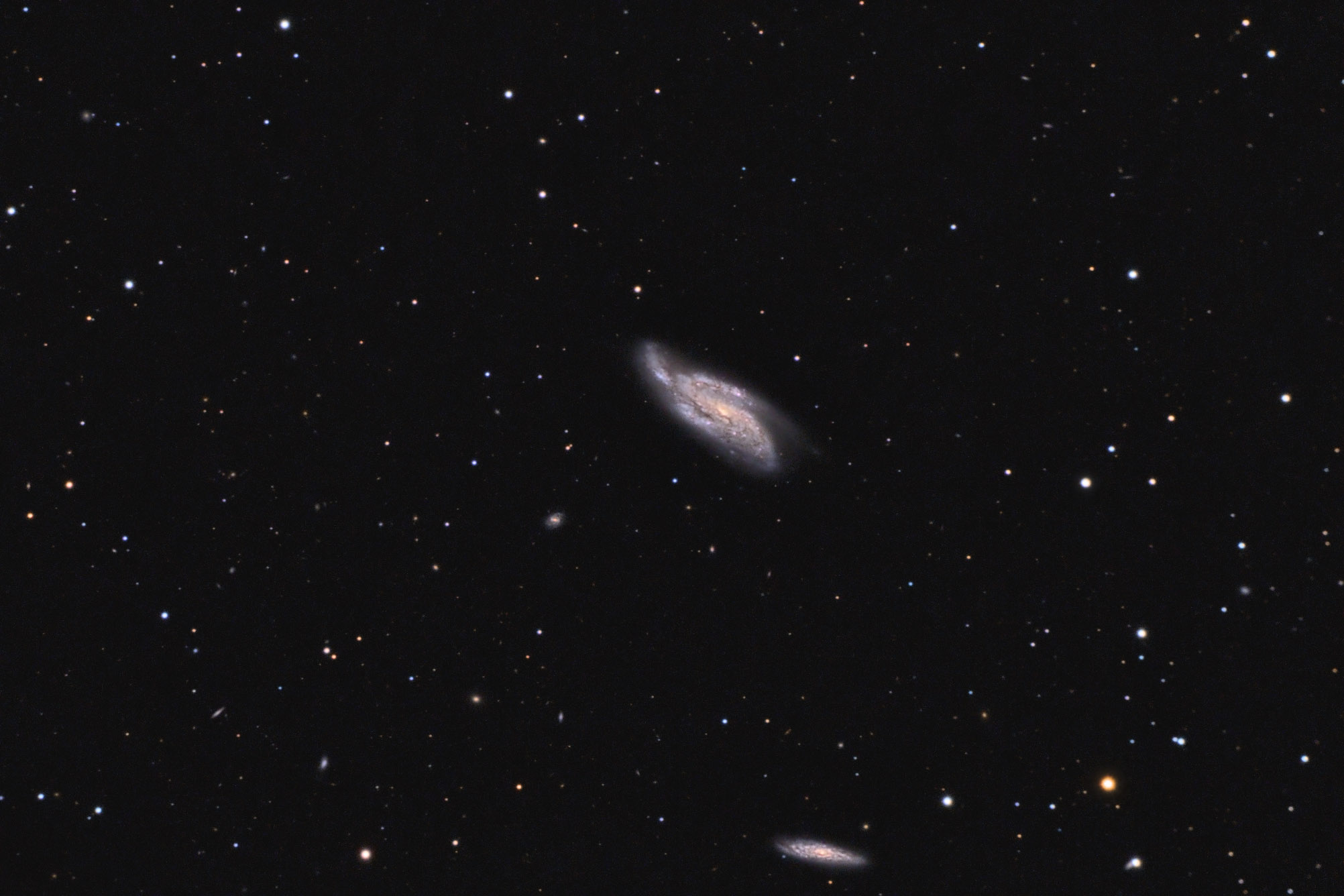 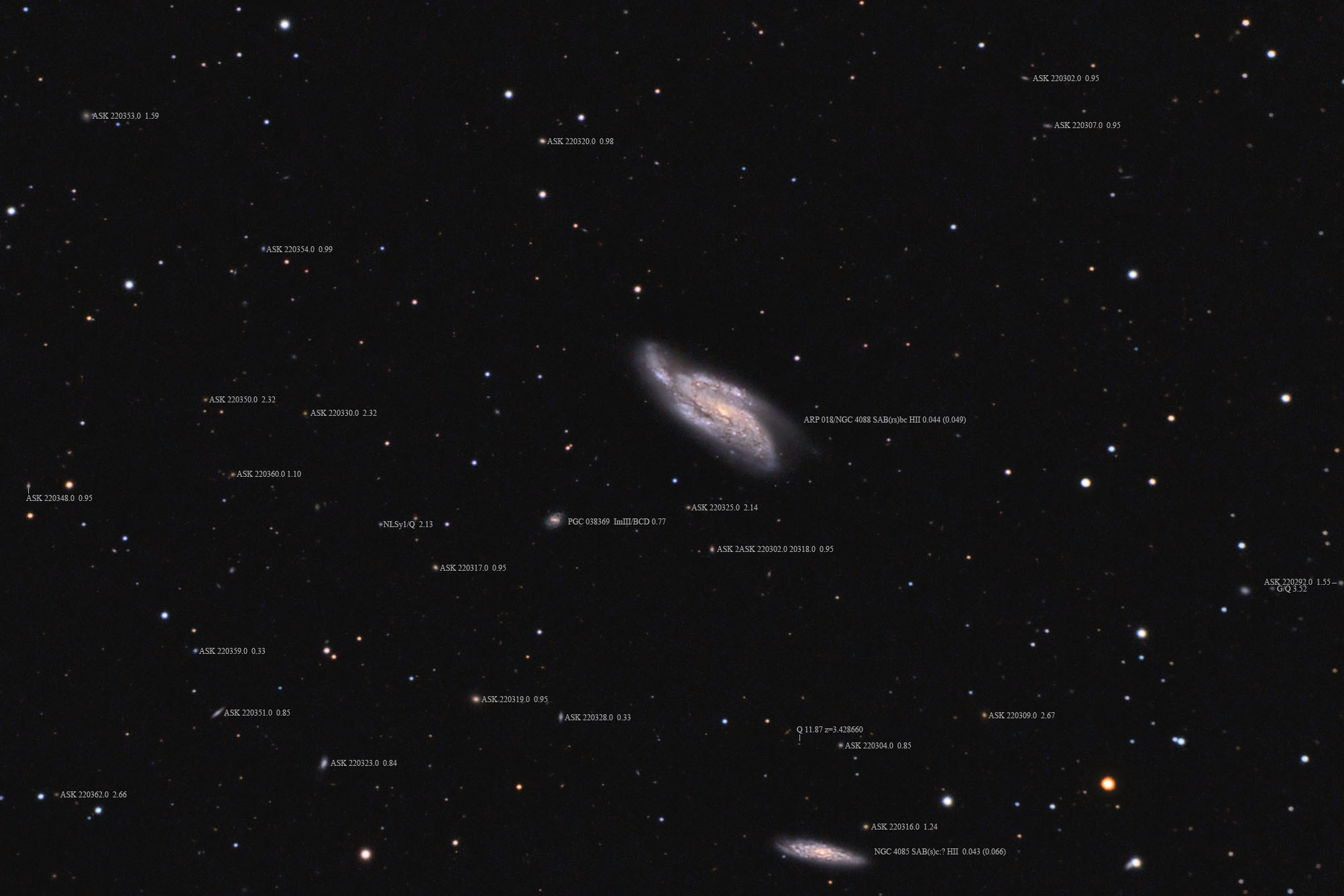