NGC 4096 is a rather nice spiral galaxy in Ursa Major. It is 14 degrees almost due west of M51. Some claim it is a member of the same group that M51 is in. If so I measure their projected separation as 9 million light-years. NGC 4096 is rather strongly tilted toward being on edge which makes seeing its detail more difficult. Still, it is obviously asymmetrical with the northern half smaller than the southern. This holds for radio as well as visual light. Thus it appears the core is shifted well above its center. While true of the bright disk of the galaxy the disk can be traced faintly much further. In fact, I trace it as extending a bit over 4\' of arc to the north of the core and only 3.75\' to the south meaning the north may go further from the core, just that it does so very faintly with few stars in the disk. NED classifies it as SAB(rs)c with HII regions. It is in the second Herschel 400 observing program having been discovered by William Herschel on March 9, 1788. Dreyer\'s description: pretty bright, very large, much elongated at a 32-degree angle.

While NED puts its distance at 36 million light-years other sources say 21 to 42 million light-years. I don\'t understand the wide range given. Using NED\'s distance I get a diameter, including the faint extensions, of a bit over 80,000 light-years making it a respectable spiral galaxy. The field contains only very distant background galaxies. I didn\'t try to identify all that NED had distance data on as they were very faint and barely show in the JPG image. I did include a few of them anyway. A good number of much brighter galaxies in the image had no distance data and were not annotated. Being well north of the ecliptic no asteroids were picked up in the image. It was discovered by William Herschel on March 9, 1788. It is in the second H400 program.

For such an easily imaged galaxy I was surprised how few images of it by amateurs I found. 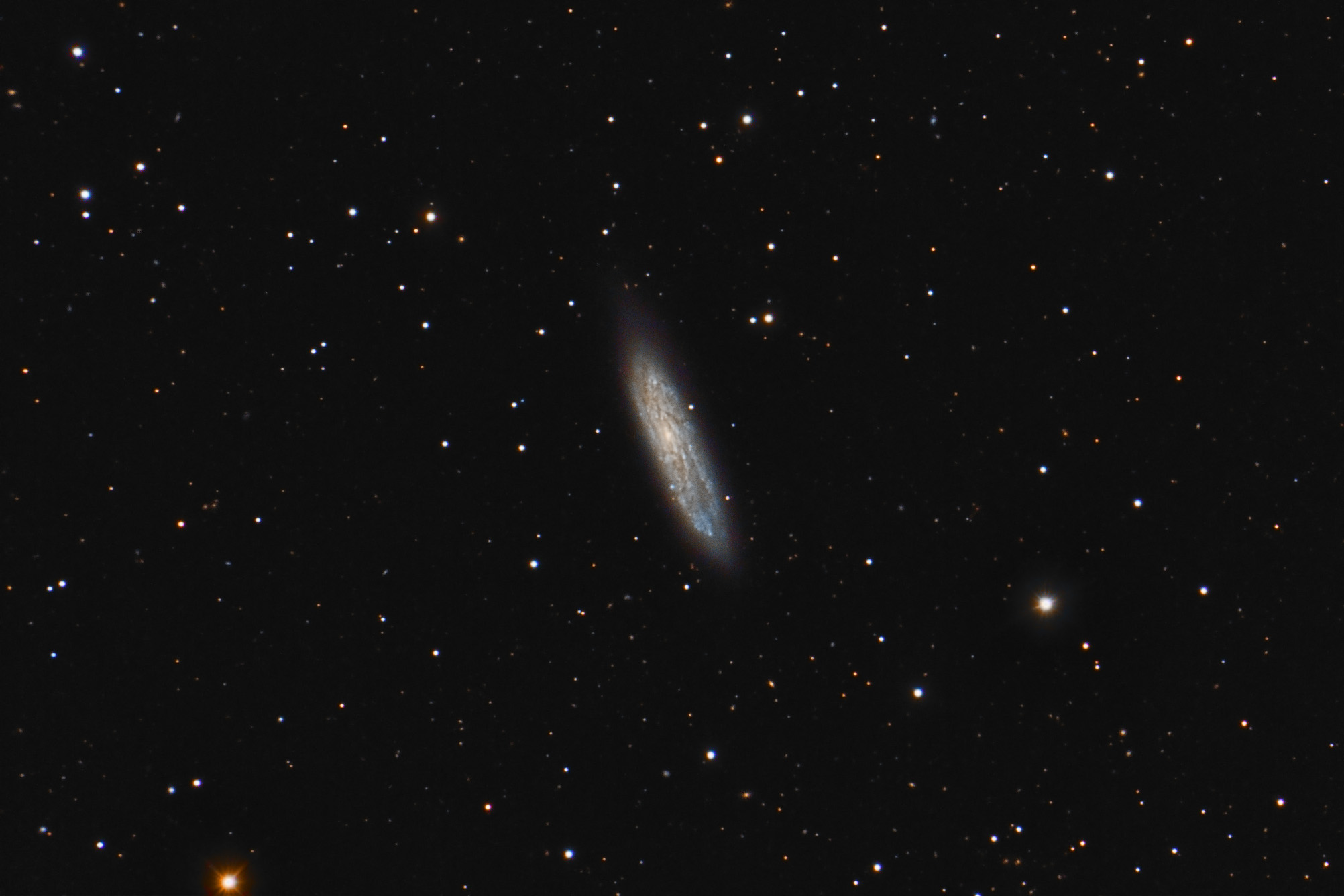 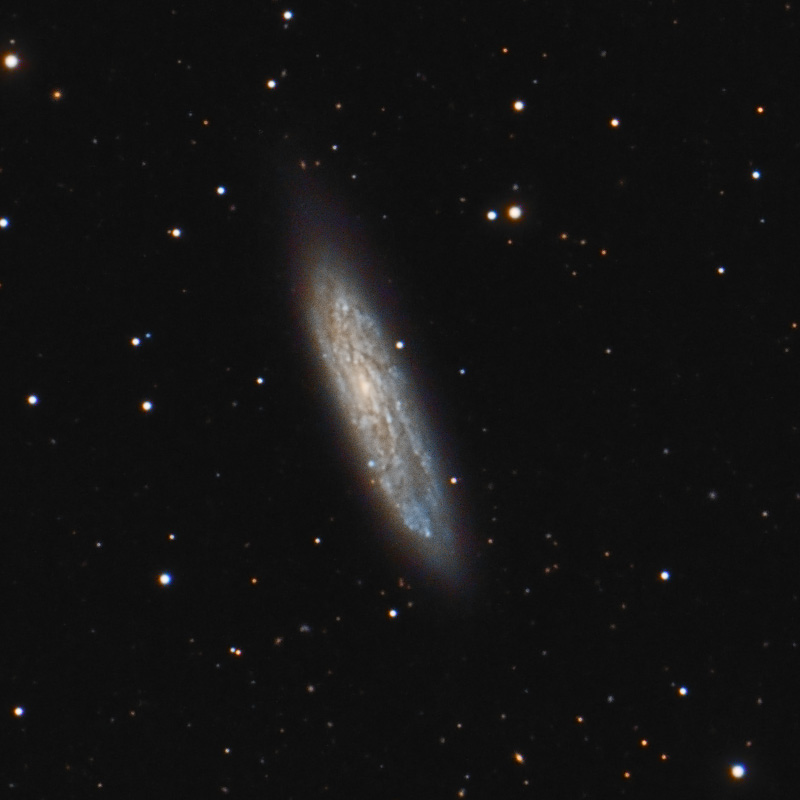 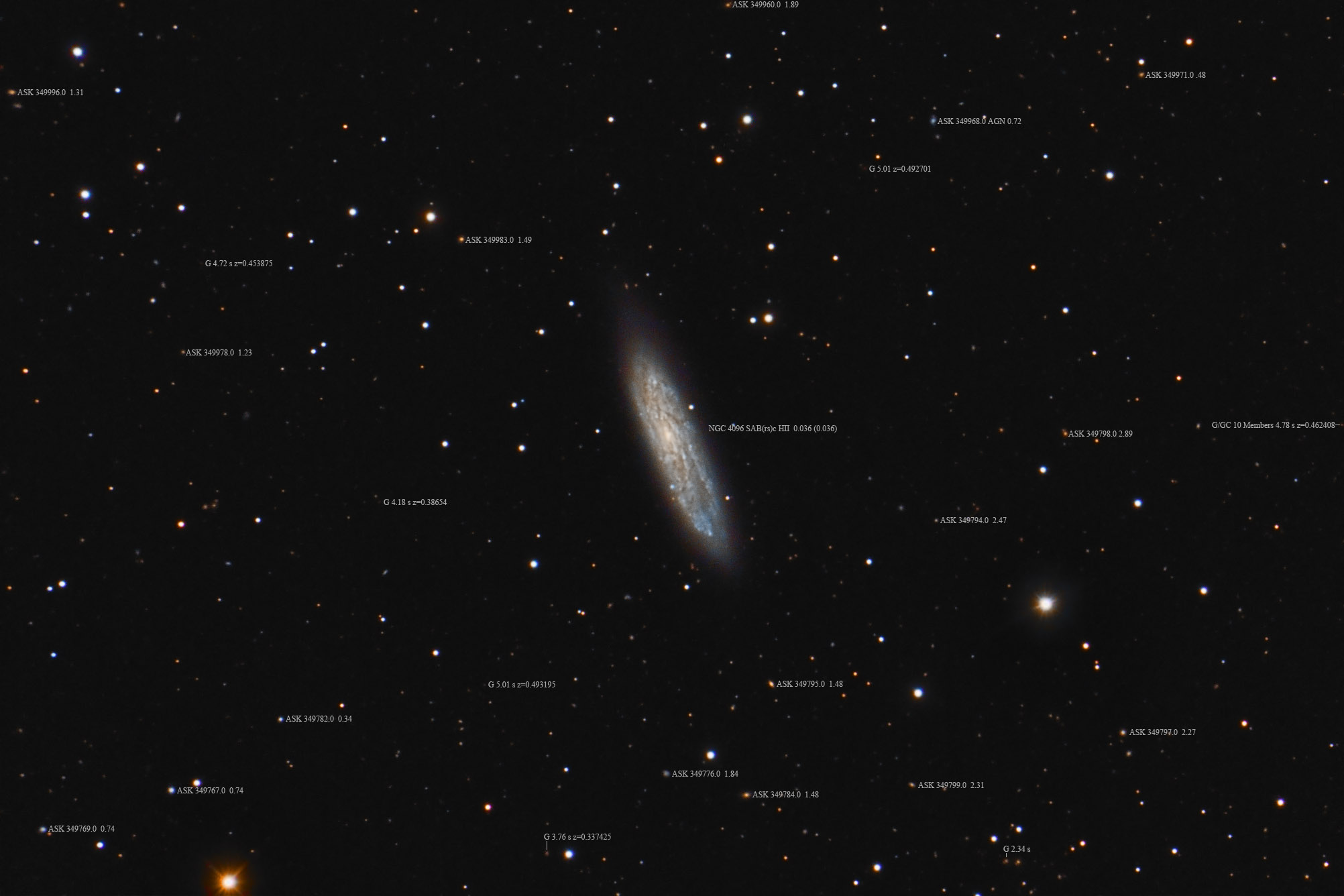