NGC 4274 is an odd barred spiral in Coma Berenices about 50 to 60 million light-years distant by redshift. Other measurements put it much closer or further but also average about 55 million light-years. If correct it is likely a member of the Virgo Cluster. It is classed as (R)SB(r)ab LINER. What drew my attention to it is the odd dust lane that suddenly veers in toward the core of the galaxy. Dust lanes down a bar are common but these don\'t also follow the spiral arm pattern. Also, they are usually rather weak compared to the dust lanes in the spiral arms. This one is a narrow lane that seems to define the inner edge of the spiral arms that form a ring-like structure getting strong as it approaches the bar then suddenly veers across the bar and toward the side of the core. The core is oval but at nearly right angles to the bar with each end rather pointed. The dark lane runs to one of these pointed ends. In IR light papers indicate there\'s an inner bar and ring structure at nearly right angles to the large outer bar and ring. This apparently is what is causing the bright core region to be misaligned with the main bar.

As is often the case, in doing the annotated image I came up with a galaxy not in NED even though hundreds of far fainter one are included. It is noted with a question mark right (east) of NGC 4274.

Below NGC 4274 is a dwarf galaxy. LEDA 213976, whose redshift puts it closer than NGC 4274 but is just a tiny smudge by comparison. The difference while rather great isn\'t unheard of due to the orbital velocity of a satellite around its host galaxy. Could that be the case here? I find nothing either way on this.

Then to the lower right of LEDA 213976 is a real puzzle. It is in NED twice at slightly different positions. Once as 2MASX J12194996+2940172 at 230 million light years and as SDSS J121949.99+294017.5 at 3.7 billion light years. The listed magnitudes are 19.99 and 19.7 respectively. This seems to be the same galaxy listed twice. I\'ve seen this many times but not with such a severe redshift difference. NED lists the 2MASS entry with a question mark. So apparently they prefer the Sloan data though never do explain the question mark after the z value for the redshift. Both positions are within the 0.65\" error circle of the 2Mass object and 0.5\" error circle of the Sloan image. Both reside in near the center of the single object shown in the Sloan image at that position.

Note my image is presented south at the top not north as I nearly always orient my images. The galaxy just didn\'t look right \"upside down\". I guess my brain wants the near side of a galaxy at the \"bottom\", at least in this case. 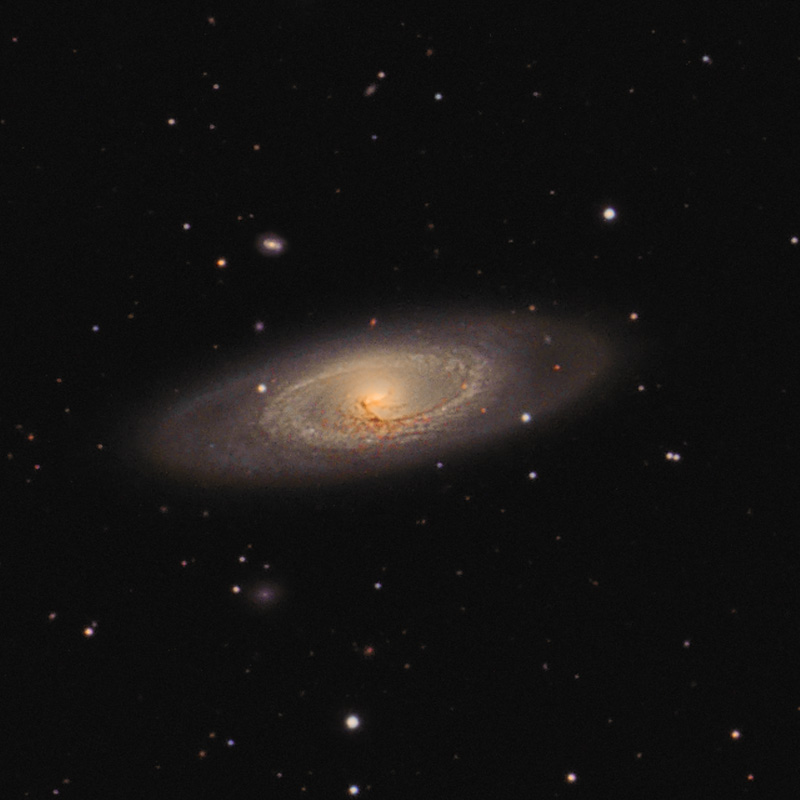 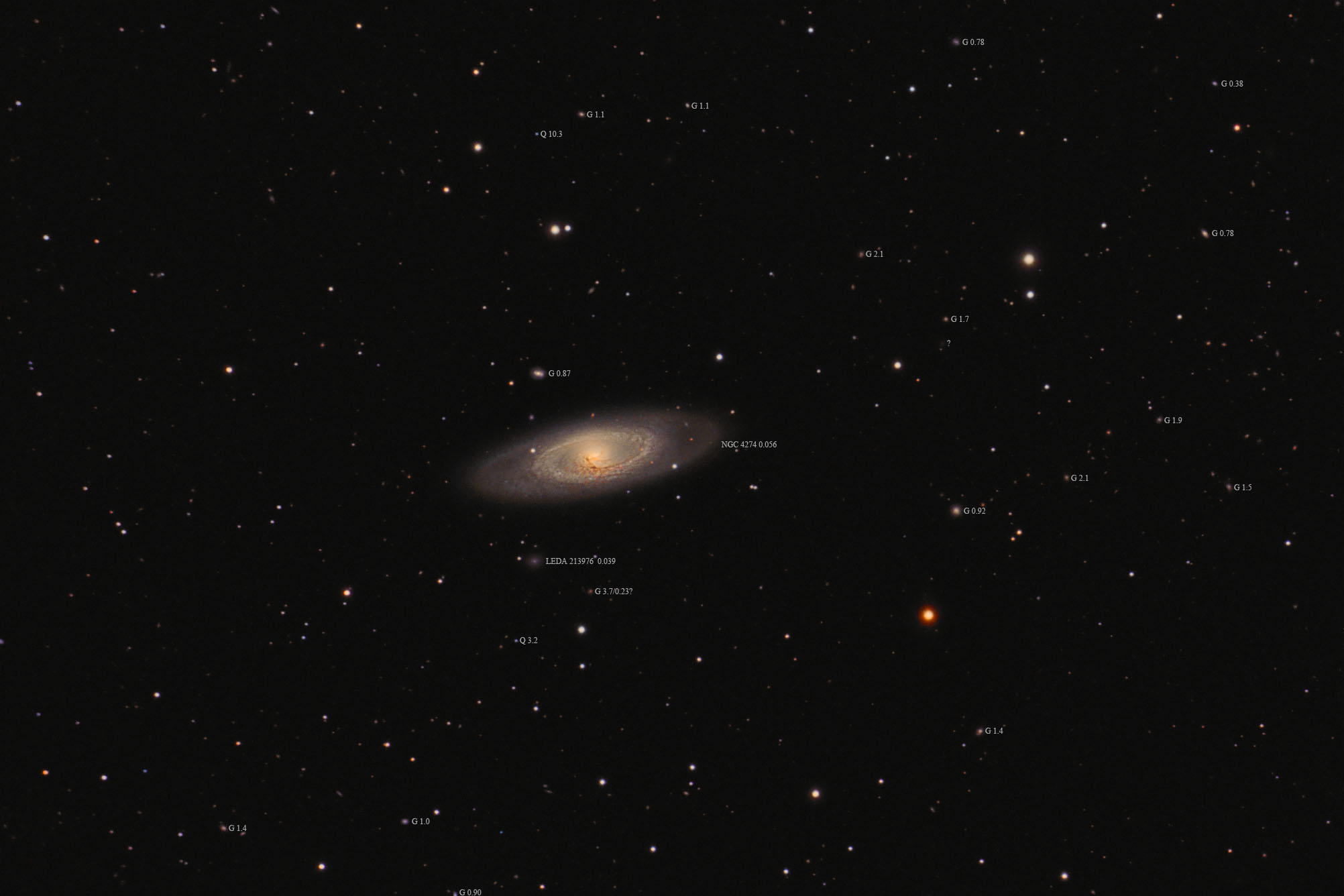 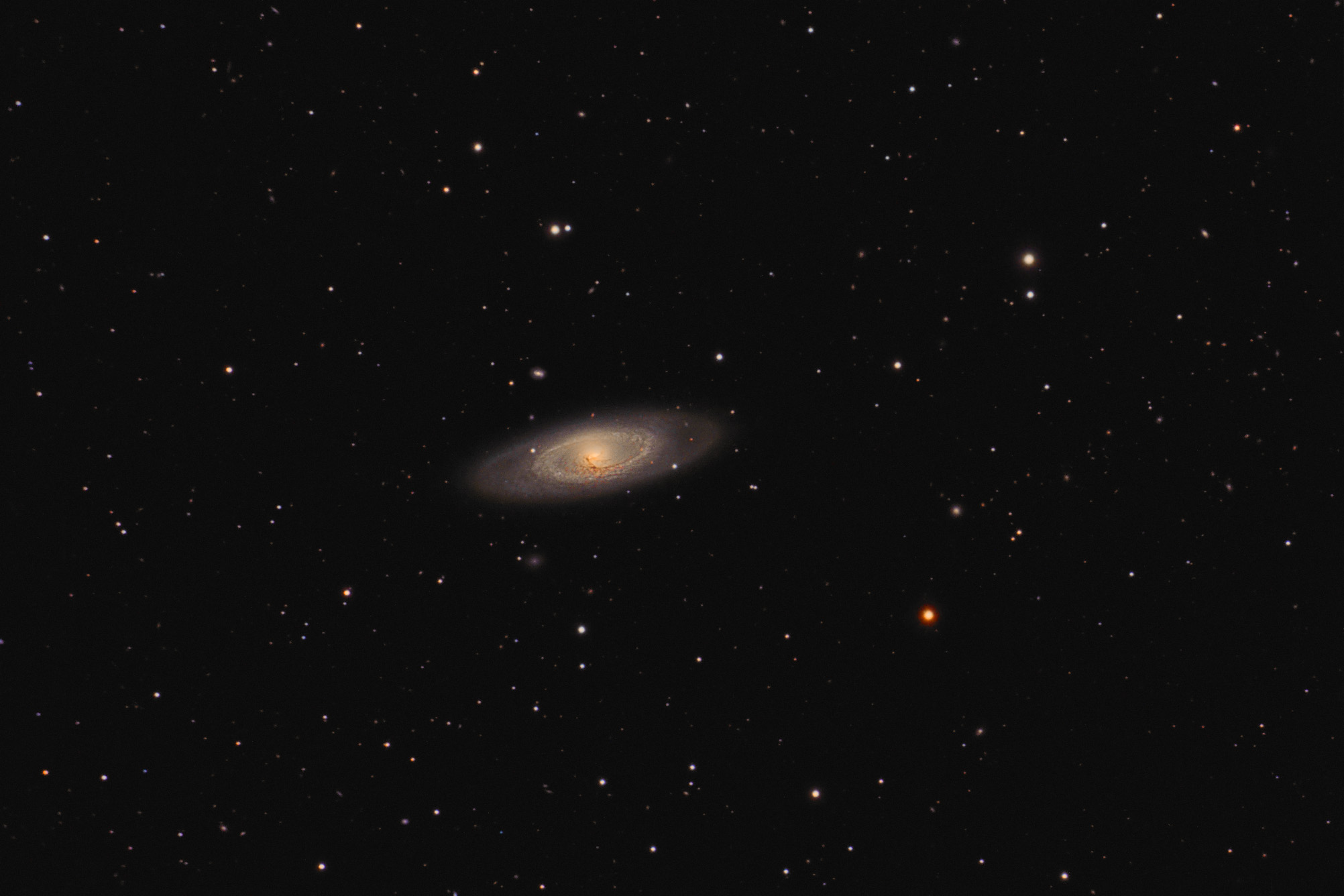