NGC 4330 is a fuzzy, somewhat warped edge on galaxy in northwestern Virgo not far from the \"Realm of the Galaxies\". It is also cataloged in the Flat Galaxy Catalog as FGC 1423, the main reason it went on my to-do list. Redshift puts it nearly 90 light-years distant but non-redshift measurements place it a bit over 60 million light-years away. The latter would make it a \"Realm\" galaxy as they are about 60 million light-years away. The higher redshift could just be due to its orbital velocity around the cluster. Cluster members can have even higher redshifts as well as slight blue shifts for this reason. It\'s its fuzzy outline and warped shape that interested me in imaging it. Note the fuzzy edges warp differently than the bright, well-defined-region. The northeast end warps up looking at the faint detail while the bright warps down. Both bright ends warp down. The west end of the fuzzy part is so, well fuzzy, I could argue for straight, bent down or maybe even up. In any case, these features would argue for a interaction or merger in its past. Being there are a lot of Virgo Cluster galaxies to the north and northeast such an interaction isn\'t surprising. It was discovered by Bindon Stoney on April 14, 1852.

When I saw the first frame come in there was a very faint smudge to the west. I was sure it was a ghost of some star reflecting off something. I get this rather often. In this case, it wasn\'t over a star so I figured I\'d clone it out rather than move the scope. Turns out it is a real galaxy. Its classification indicates it is a very low surface brightness dwarf galaxy. While it is numbered with a Virgo Cluster number there were many in this image that had such designations but were some 890 million light-years distant. Still, I think it likely it a member of the cluster. But with no redshift data that\'s just a guess.

To the south-southwest of NGC 4330 is a similar galaxy, bright enough I was sure it was a galaxy while taking the image. Still, I wish it had redshift data. PGC 040134 to the northwest looks similar and has a redshift that puts it much closer than the Virgo Cluster. Still, as mentioned, redshifts in this range aren\'t surprising for members of the group. I suspect it too a dwarf member of the cluster.

Toward the right edge of the image is ASK5606.0. Seen in the Sloan image it is three overlapping galaxy-like objects. The position at NED points to the easternmost of the three. I drew a line to that part of the blob. My seeing this night wasn\'t sufficient to resolve the trio. It would take a great night. Those are rare, especially at the time of the year this region is best seen. Warm spring air and cold winter air is constantly fighting with me the loser.

In the upper left corner is a pair of galaxies, IC 3261 and Borngen 171 also known as PGC 40289. IC 3261 was discovered by Royal Frost on an image he took on May 7, 1904. There\'s nothing at his position. Oddly, no one been able to see the plate. Some say he actually saw Borngen 171 though it is further from his position. Others say Frost\'s description matches the one I\'ve labeled IC 3261 and it quite likely his photo gear was unable of even seeing the other galaxy. I chose to use the Borngen designation as it is rare. Turns out there\'s another from his catalog nearby that likely is yet another Virgo Cluster member with a high redshift. Borngen 171 may be as well.

NGC 4352 in the lower left corner is at a high redshift for a cluster member but with a series of non-redshift measurements that put it squarely in line with it being a cluster member. It is an SA0: galaxy with little visible detail. It was discovered by William Herschel on March 15, 1784. It isn\'t in either Herschel 400 program. 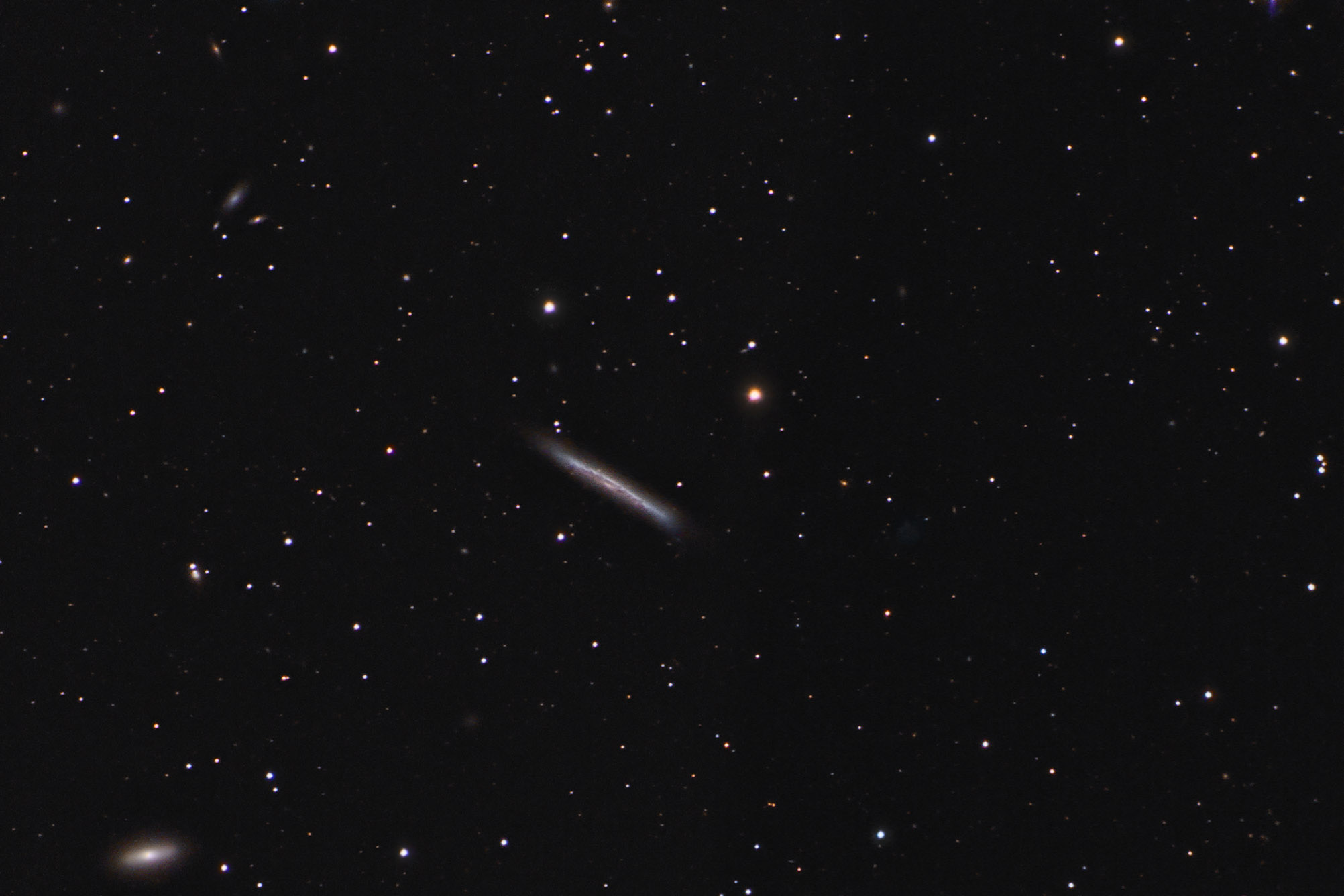 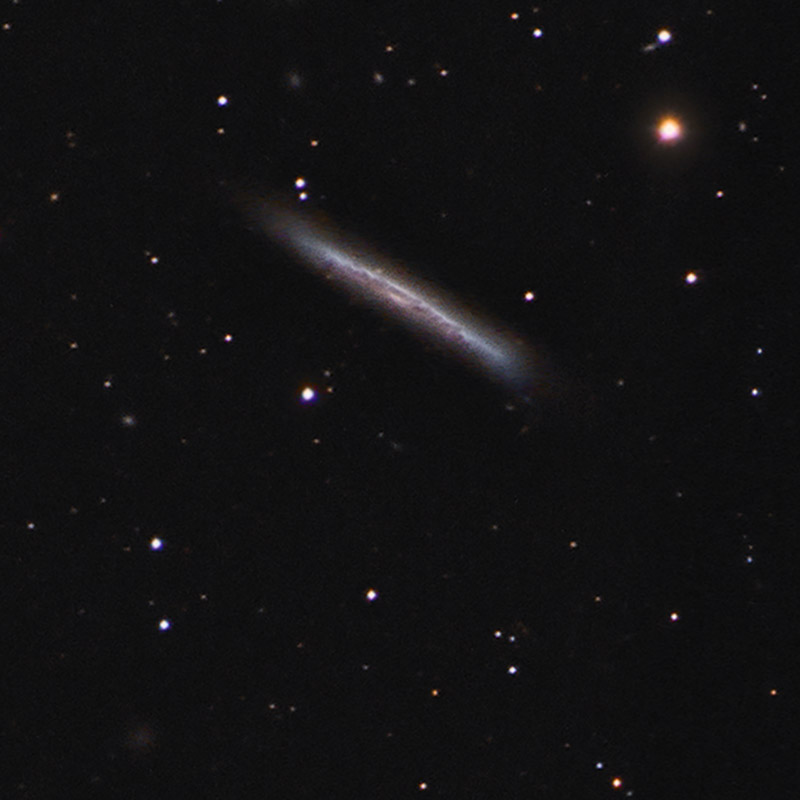 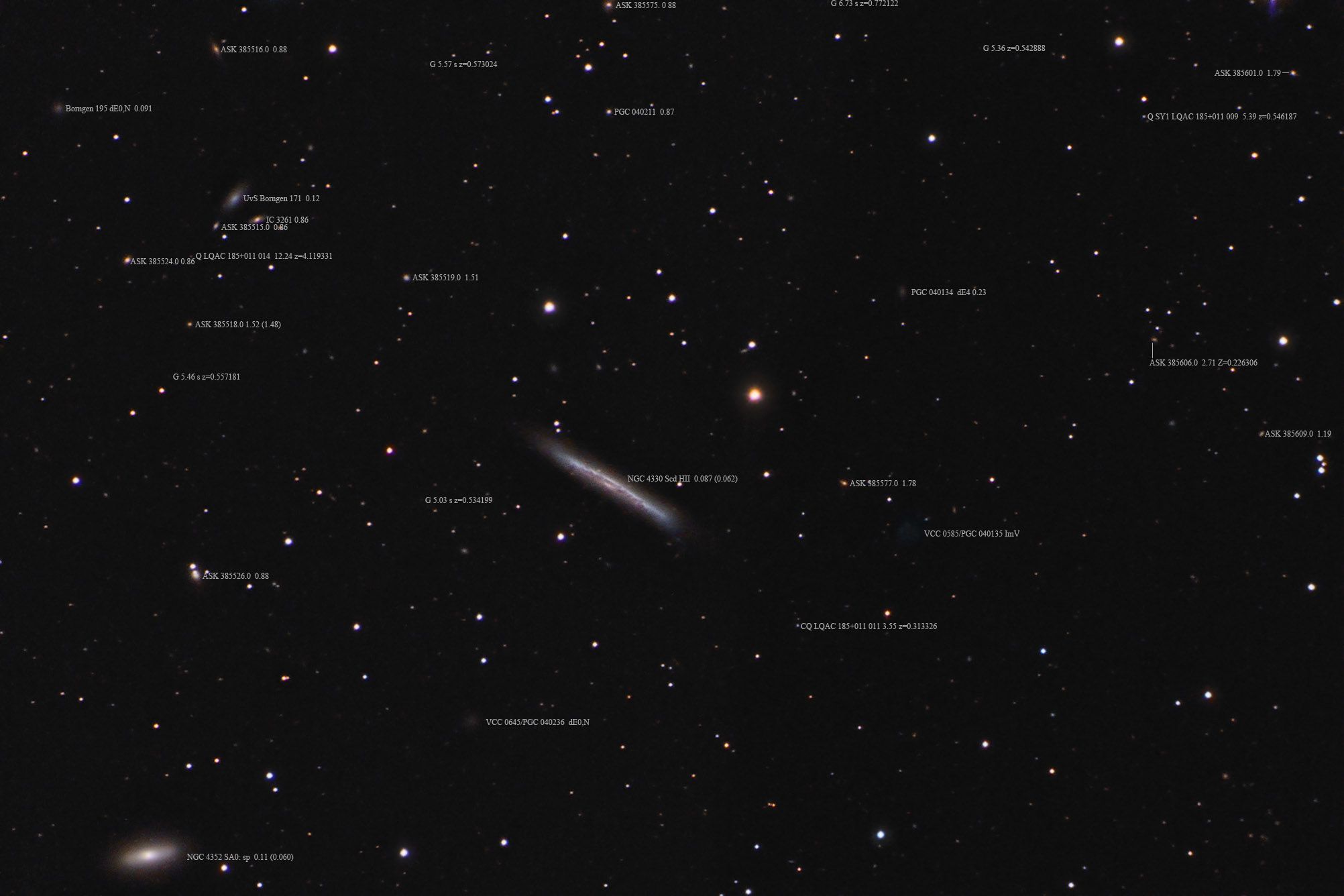