NGC 4359 is a late type near edge-on spiral galaxy in northern Coma Berenices. It was discovered by William Herschel on March 20, 1787. It is in the second Herschel 400 program. My main reason for taking it is in my attempt to catch as many in that program as I can from this northern declination. Note the odd dust lane running diagonally across the galaxy\'s disk just west of the brighter core region. This reminds me a bit of the dust bands seen across M81. In the case of M81, they are due to dust in our galaxy. The entire field is full of galactic cirrus so it isn\'t surprising. Here there\'s very little cirrus so I suspect the dust is in NGC 4539 itself. I had no idea the band existed until it popped out of my processing. I see it in the SDSS images though it seems a bit stronger in mine for some reason.

Below NGC 4359 is an object I have labeled Q?. The SDSS lists it both as a galaxy and a quasar. Usually, I just consider it a quasar and move on. The problem here is it is rather red for a quasar. The color would favor it being a galaxy though the SDSS\'s first choice is a quasar. I added the question mark just in case that is wrong.

Otherwise, the field is rather ordinary for my images. Being well north of the ecliptic no asteroids are in the image. 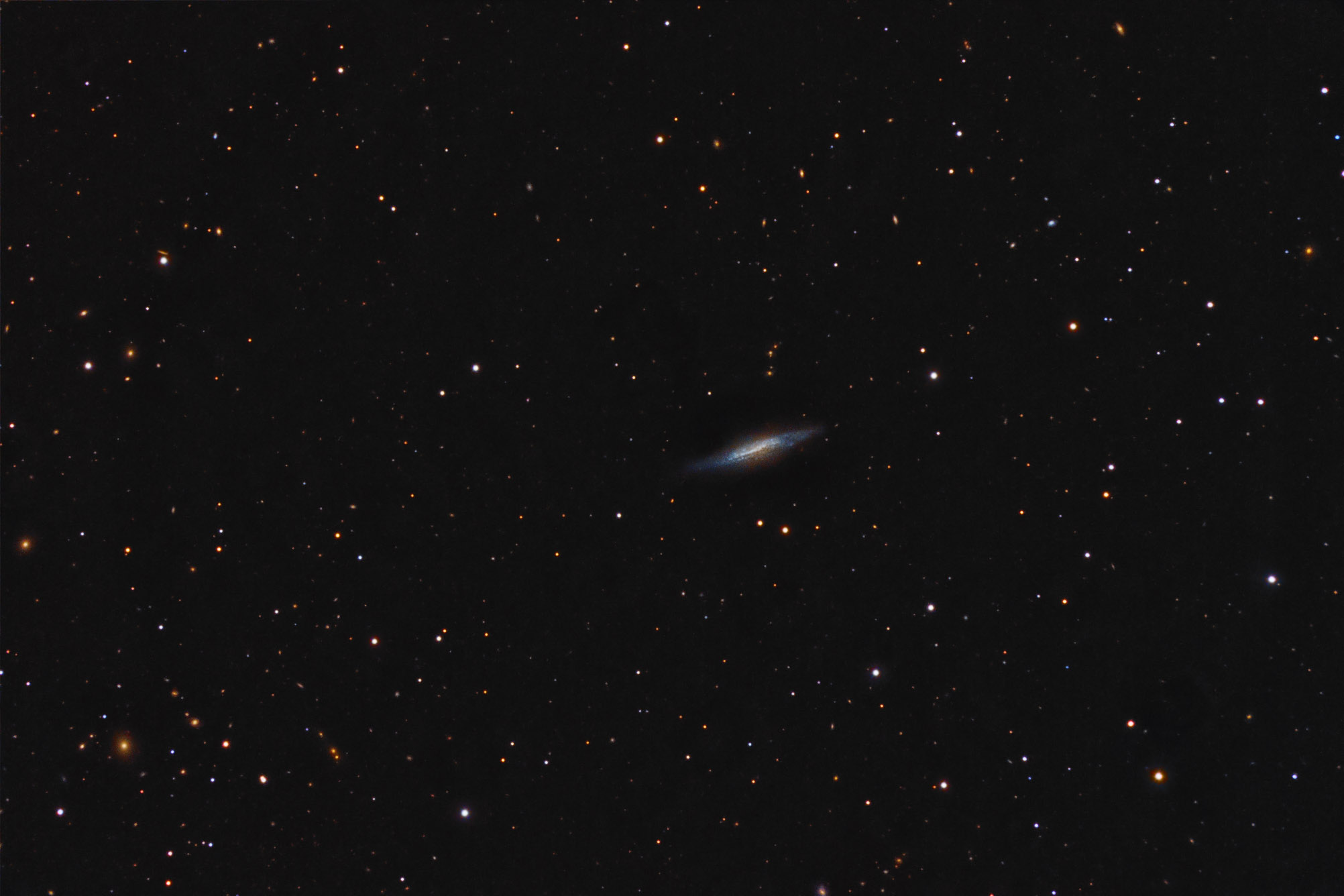 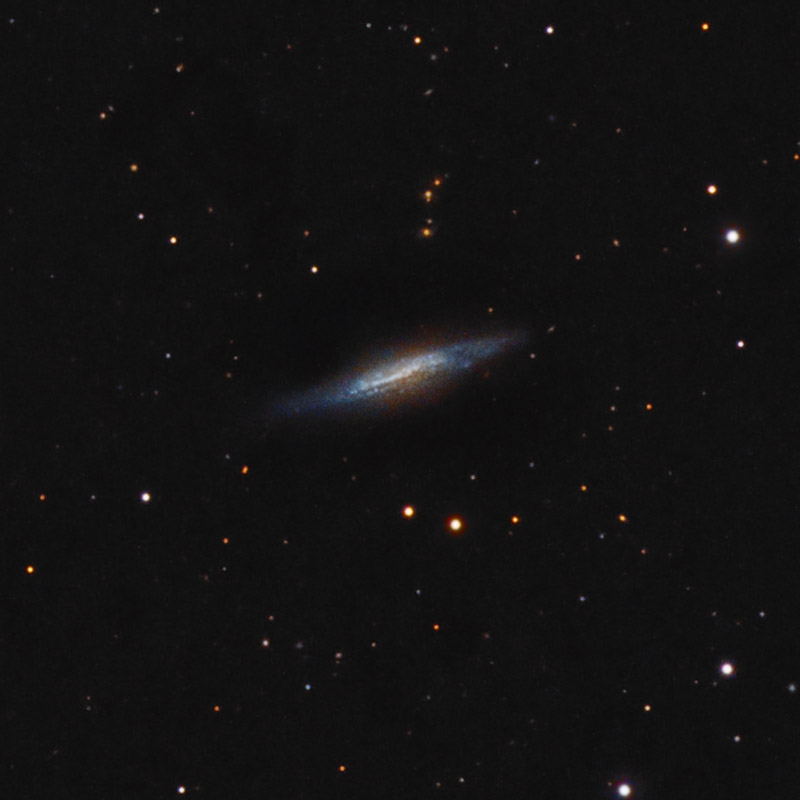 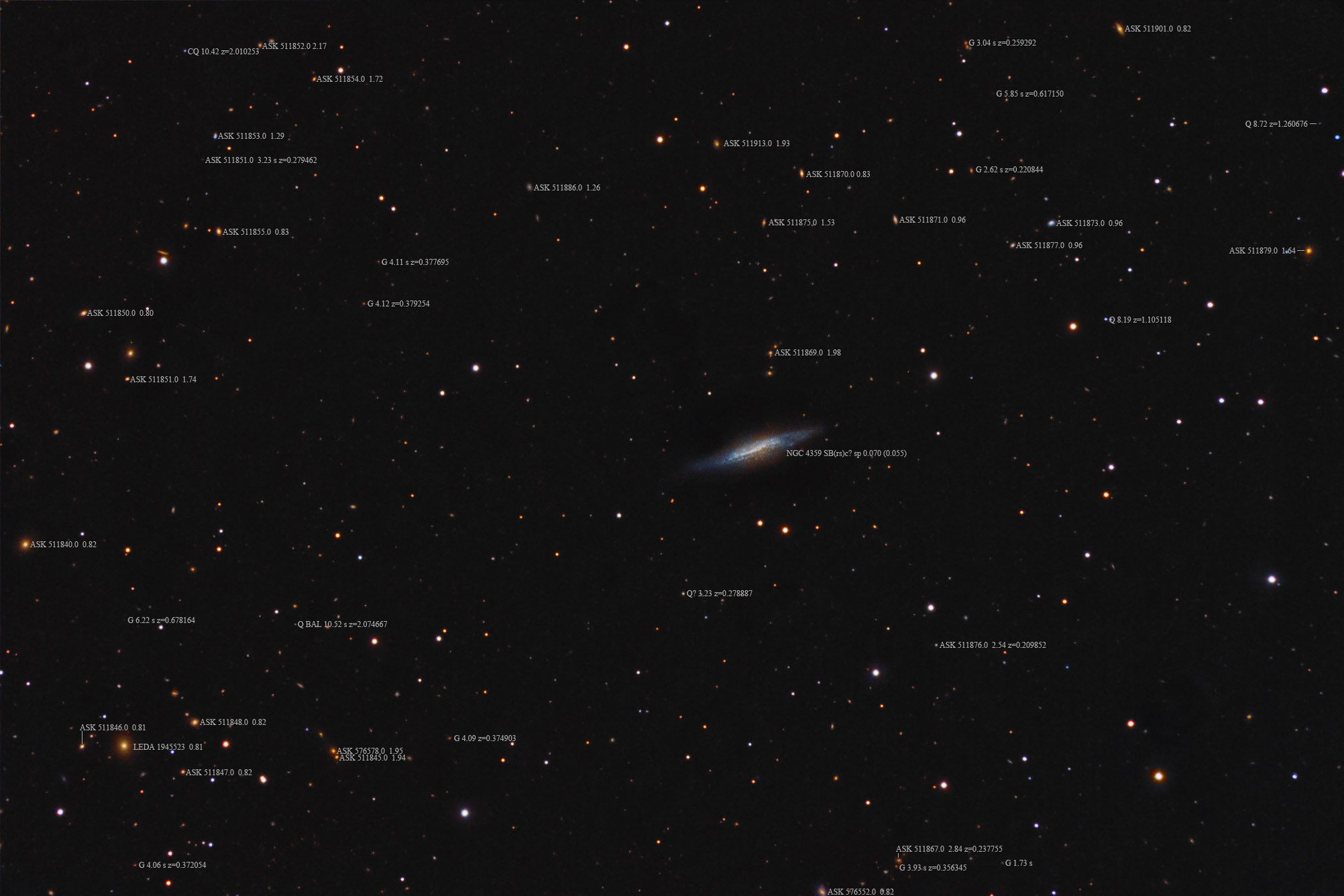