NGC 4361 in a rather famous planetary in the quadrilateral of Corvus. The central star sits in a dark hole in the planetary. That isn\'t a processing artifact. The hole is real. I was unable to find any source for a distance to it other than one reference to 2500 light-years that gave no indication where the estimate came from. While Spitzer has imaged it, their text has no mention of distance. I suspect they would if there was any reliable estimate available. APOD and others similarly avoid even mentioning distance. http://www.spitzer.caltech.edu/images/2710-ssc2009-15a3-Planetary-Nebula-NGC-4361

It was discovered by William Herschel on February 7, 1785. It\'s in the original H400 program. My log for that on the night of April 20-1985 with my 10\" f/5 on a typical for me humid night at 50x reads: \"Small fuff of a planetary nebula. Edges don\'t seem sharply defined though they do get sharper when the UHC filter is used. No central star was seen at 50x. Blue-green color faintly seen but isn\'t as striking as in most planetaries.\"

There are several galaxies in my image (you didn\'t expect me to not mention them) but again no distance data is available for them either. The area isn\'t in the Sloan survey. The obvious spindle galaxy to the northwest of NGC 4361 is 2MASX J12242187-1841381. The few others in the image NED catalogs are all from this catalog.

The planetary, when seen in black and white photos, shows a spiral shape rather like a distorted spiral galaxy with a bright core. There have been tales of astronomy instructors slipping it into an exercise for the students to classify galaxies. None give specifics so this may be just a tale. I\'ll admit that when I first brought up a raw luminance image to see about my note to retake it, I was in the middle of processing galaxies. My brain first saw it as a galaxy until the 4361 registered in my brain. At that point, I was thinking I\'d misidentified the image and it really was a galaxy. So this tale certainly sounds plausible.

At -18.75 degrees it is down in my gunk and below my normal imaging limits. I gave it a try anyway last March. But the results were so bad I marked it retake. Still, I decided to give a try at pulling something out of the data. Blue was severely scattered by both ice in the air over the lake as well as normal atmospheric scattering. Thus my usual formulas for compensating for atmospheric scattering alone greatly under-compensated. With a lot of trial and error, I think I have a reasonable color balance. Seeing was a bit worse than 3\" so the image is rather fuzzy. Still, it is better than I expected. Unless I get an exceptional night I\'ll likely not try again. 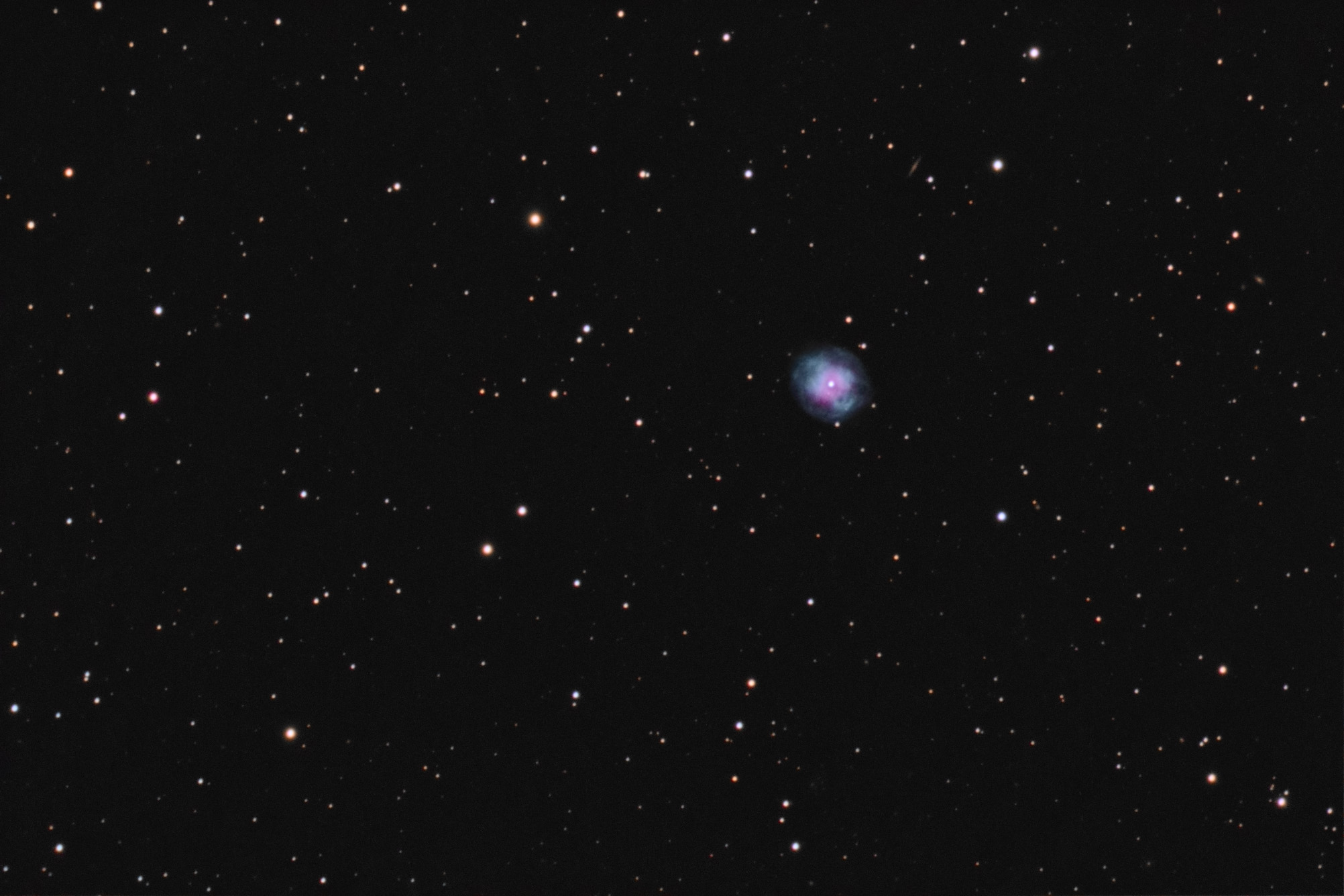