Another paper https://www.aanda.org/articles/aa/full_html/2010/01/aa09686-08/aa09686-08.html says it is the result of the merger of a spiral and elliptical galaxy. In any case, it is one heck of a messed up galaxy. I suppose it will eventually settle down to be an elliptical galaxy.

Only 4441 isn\'t an Arp but could have been one. Why he chose to omit it I don\'t know. Also he put these obvious (with today\'s knowledge but not his back when the atlas was prepared) mergers into three different categories, Arp 104 in \"Elliptical galaxies connected to spirals\", Arp 160 in \"Disturbed galaxies with interior absorption\" and Arp 214 in \"Galaxies; Irregularities, absorption and resolution\" whatever that means. Where would he have put NGC 4441? I can think of a half dozen categories it would fit. Arp was interested in appearance not in the why so has no classification for mergers even though many of his entries are the result of either direct mergers or at least interaction with another galaxy.

Notice the odd narrow dust lane crossing just below the very core of the galaxy. It ends with a blob of dust at its right end. It may be due to the merging galaxy being at a nearly right angle to the face on galaxy.

The only other NGC galaxy in the image is just a basic SA0-: galaxy. Both were discovered by William Herschel on March 20, 1790. Neither are in either H400 observing program from the Astronomical League. 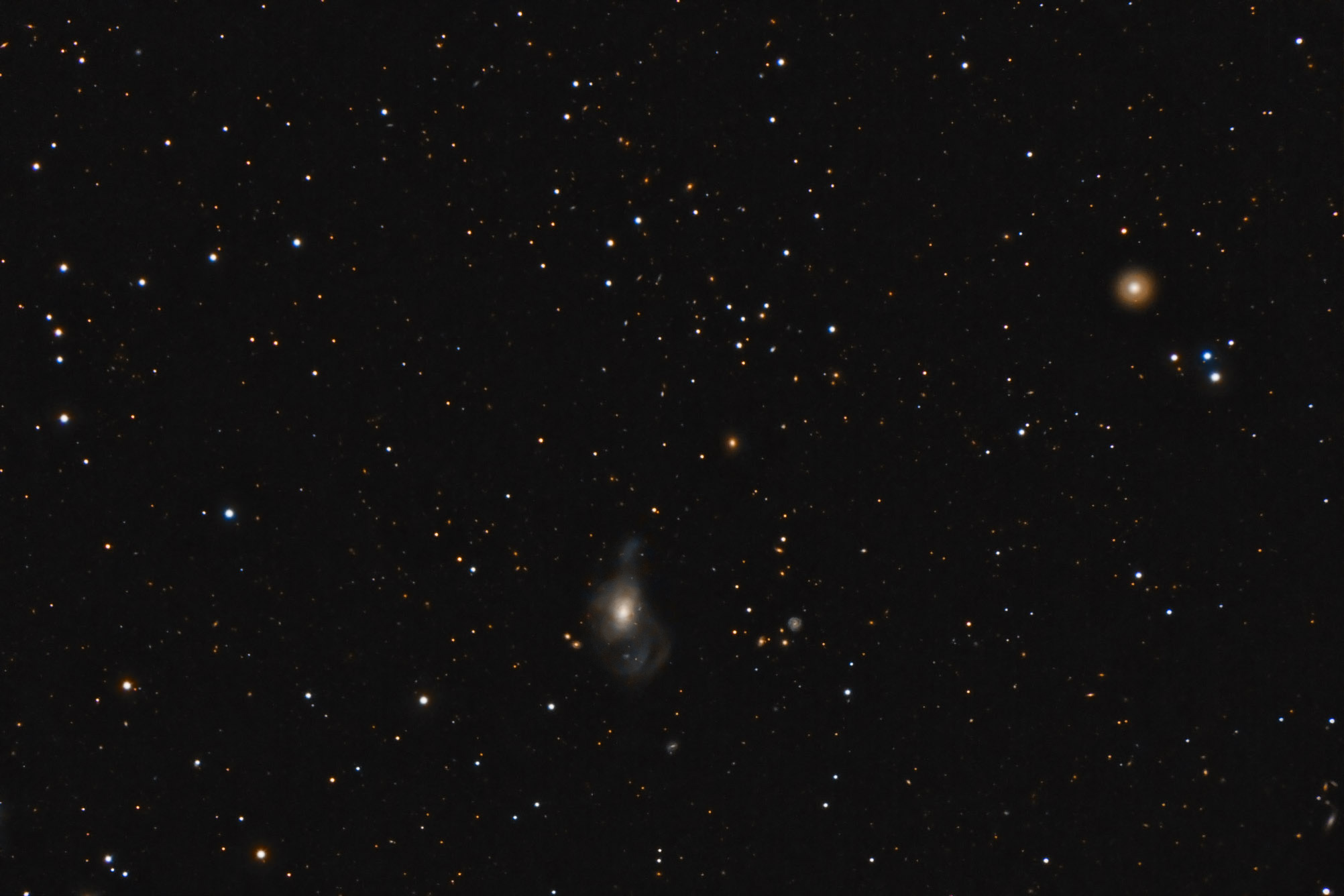 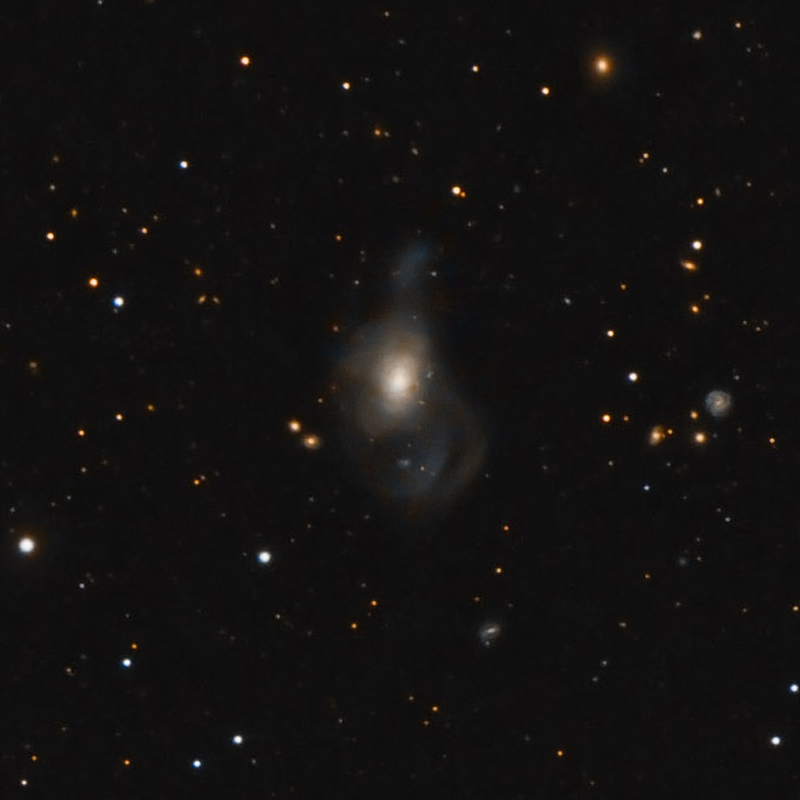 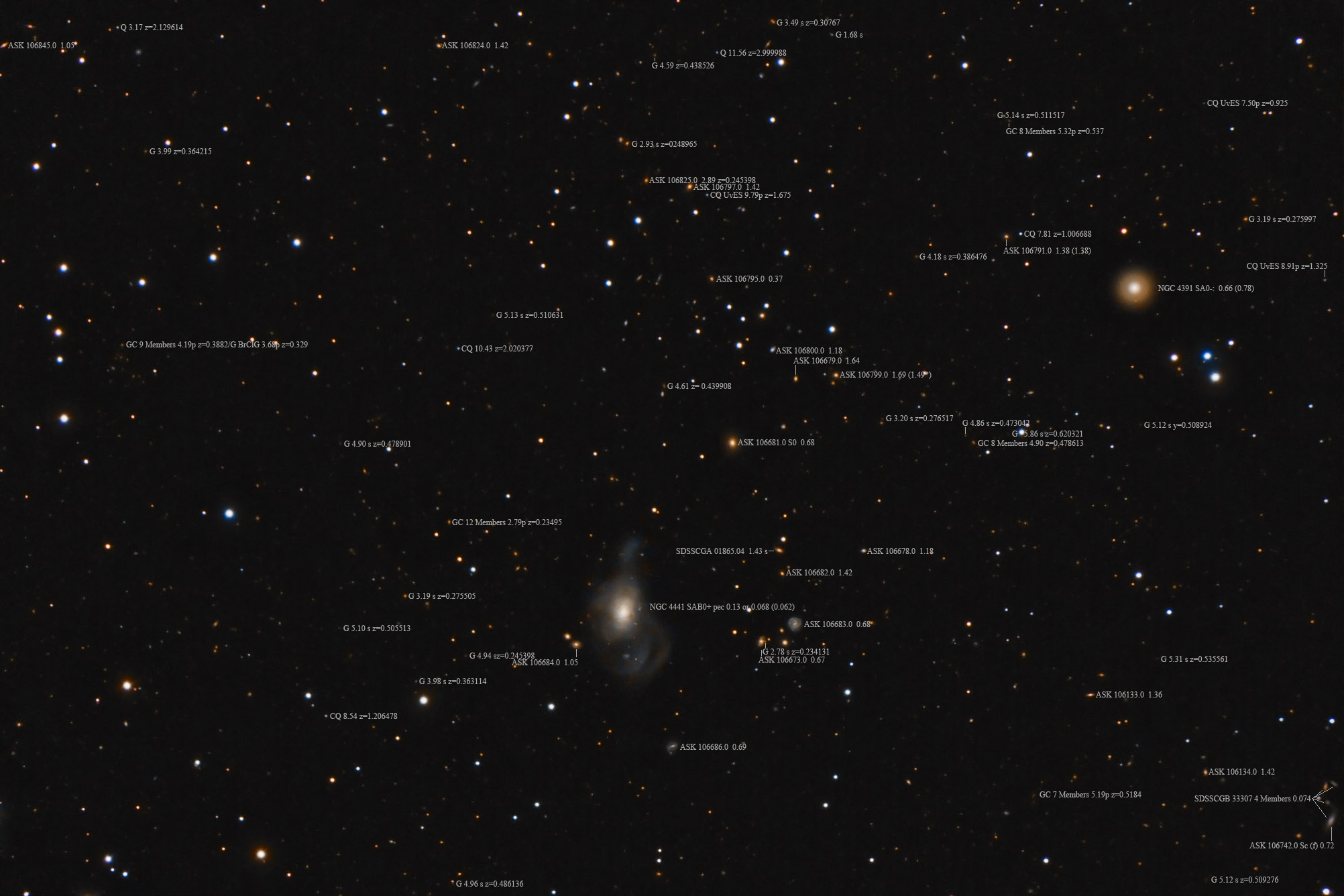