NGC 4448 is a rather red flocculent galaxy in northern Coma Berenices some 44 to 52 million light-years distant. It was discovered by William Herschel in 1785. It made my list initially because it was a Herschel 400 galaxy but when I looked into it I saw it was quite interesting and the field contained some really strange galaxies so it got bumped up to high priority last spring. My entry from April 23, 1985 in my Herschel 400 log isn\'t very encouraging. It reads: \"Large, oval galaxy, brighter toward center, otherwise featureless, little detail seen. Seems larger than indicated.\" This image of it certainly shows plenty of detail. It is classified as SB(r)ab with HII emission from the very core. Otherwise it seems to lake new stars. I don\'t know if the red is dust or old red stars. Probably both. Redshift puts it at the nearer distance while the median of 5 widely differing measurements by 4 different methods gives a distance of 52 million light-years. They range from 31 to 153 million light-years. If the distance is assumed to be 50 million light-years its size is 70,000 light-years which is a reasonable size for it.

The field contains a polar ring galaxy UGC 07576 at 330 million light years and a strange curved flat galaxy FGC 171A (no connection to FGC 171 which is in another part of the sky entirely). NED gives two positions for it one from the 2MFGC and the other from the FGC. The VV catalog considers it a pair of galaxies and says VV 279 is a triple galaxy. The two NED positions for the curved flat galaxy are at its core and a spot between the core and the north end of the galaxy. The error bars are somewhat larger than normal but not large enough to overlap the two positions. I have no idea if VV 279a is related as I find no redshift for it. The flat galaxy has a redshift that puts it only slightly further away than NGC 4448 so the two may be related. How it got its curved shape remains a mystery, to me at least.

The very blue UGC 7597 lies above and a bit east of NGC 4448. It appears to have a rather bright core (bar?) and a faint blue disk. It is a large galaxy about 100,000 light-years across. LEDA 1839783 at 290 million light-years looks like a small close by blue dwarf but is actually a rather large low surface brightness blue galaxy some 50,000 light-years in size.

All galaxies with redshifts noted at NED are shown in the annotated image as is one quasar. Those whose catalog name is just its sky coordinates are listed by G for galaxy or Q for quasar. 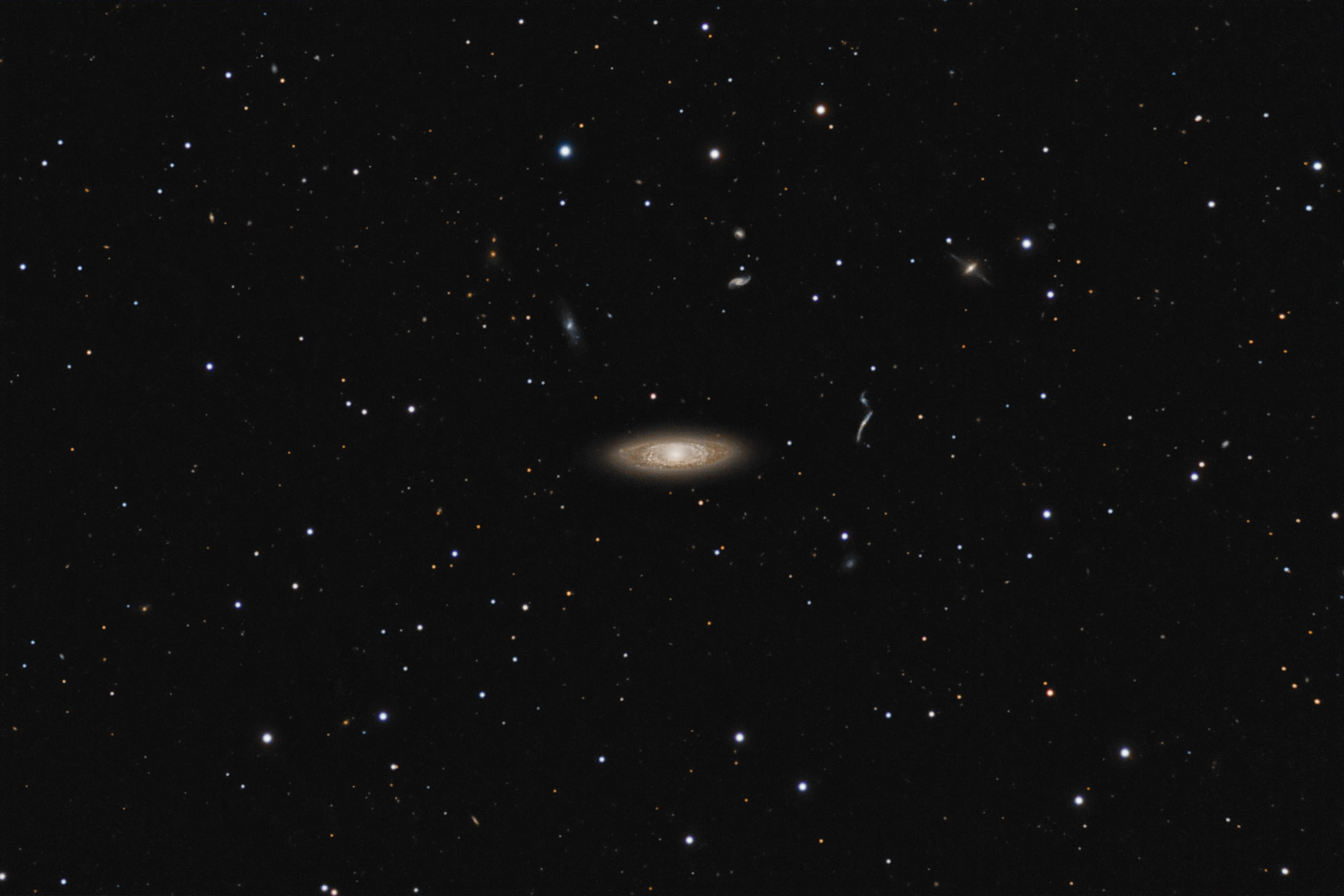 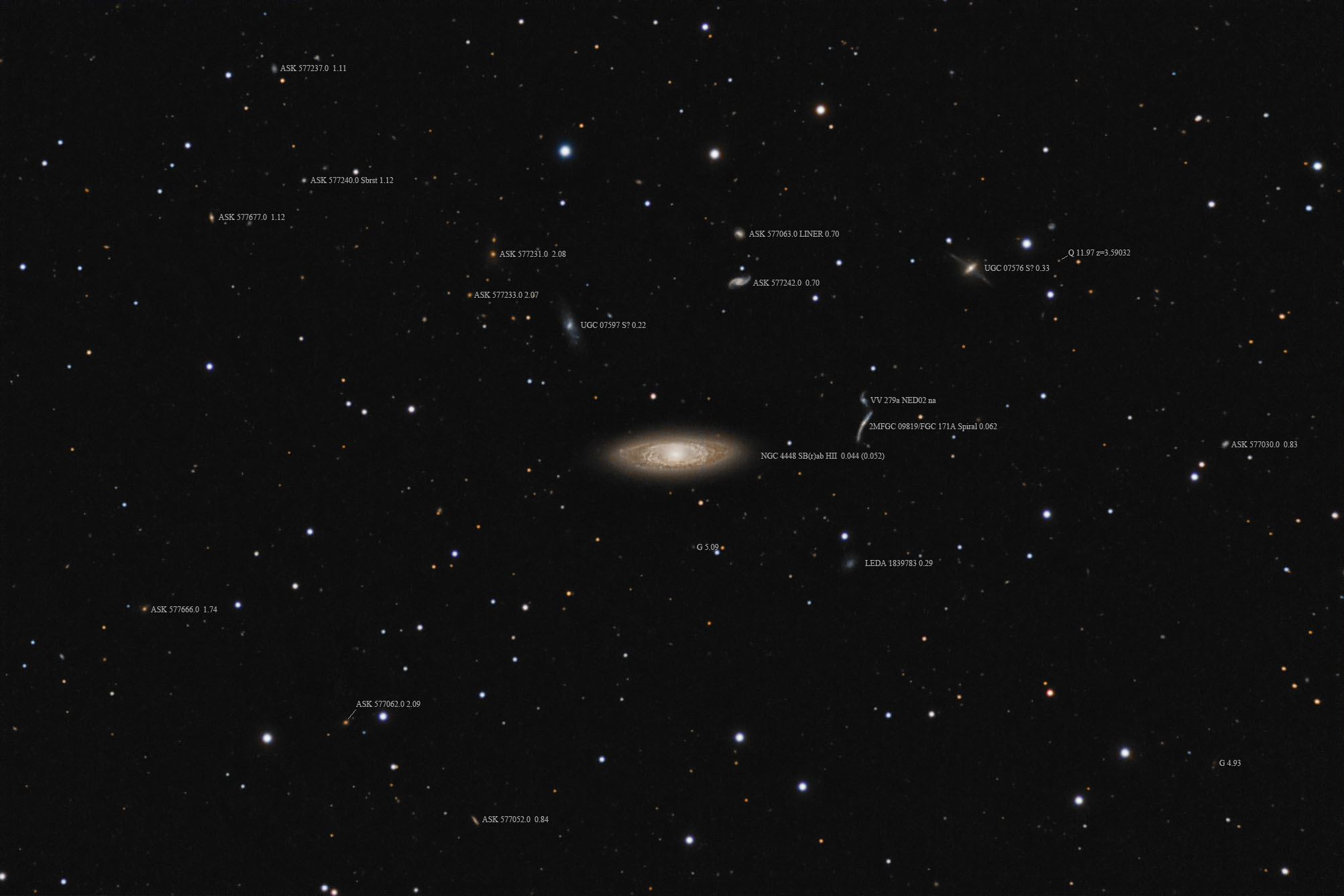 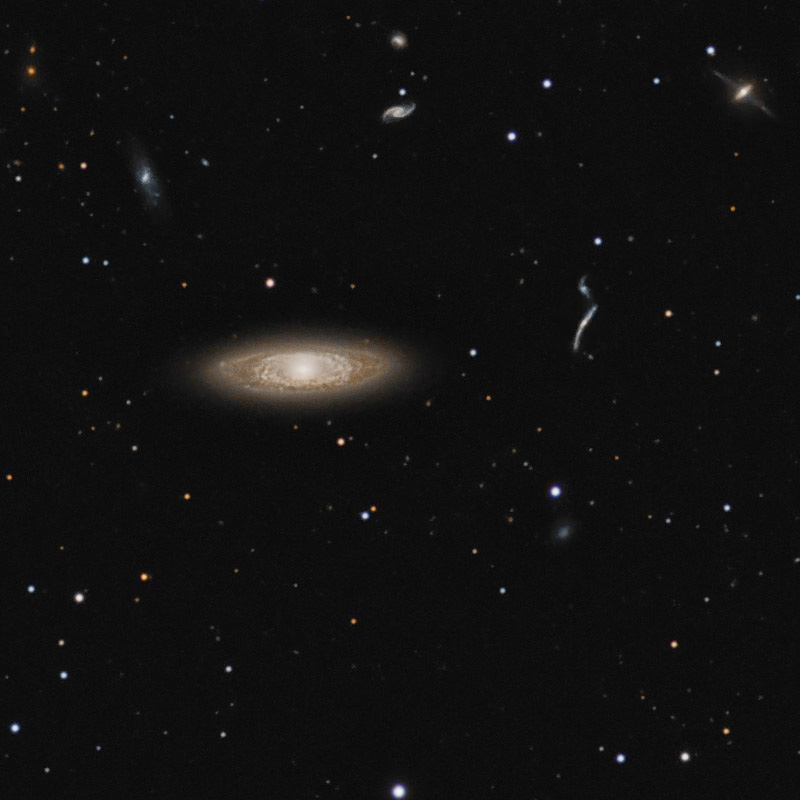