NGC 4449 is very similar to the Large Magellanic Cloud, just a lot farther away at about 12.5 million light years, give or take a million or so. I\'ve not been able to pin down a good distance measurement even though Hubble did take an excellent shot of it. Like the Large Magellanic cloud this galaxy is a starburst galaxy meaning star formation is going on at an unusually high rate throughout the galaxy. And like the Large Magellanic Cloud it is a galaxy without much organization. It has a long axis but stars clump at random down this axis showing no pattern. The blue color in my shot indicates areas of new stars which seem randomly scattered about the galaxy.

You can read more about this galaxy in Canes Venatici here http://spider.seds.org/spider/Misc/n4449_hst.html There\'s a link to the Hubble picture at the site as well as other photos of the galaxy.

Edit: The above is all I wrote back in 2007 when this was done. Until I can rewrite it here so additional information.

It was discovered by William Herschel on April 27, 1788 and is in the original H400 Observing Program. My notes from April 29, 1984 with a 12.5\" f/5 scope at 150 power on an excellent night read, \"Bright, much mottling in the center and to the north. A fine object! At 10th magnitude, it is easy and should show detail in a much smaller telescope that this.\" I also looked at it in my 10\" f/5 and 6\" f/4 but didn\'t make any notes, unfortunately. Until I can do more the Hubble page you can get to through the link above has information as does the Hubble site. http://hubblesite.org/image/2155/news_release/2007-26 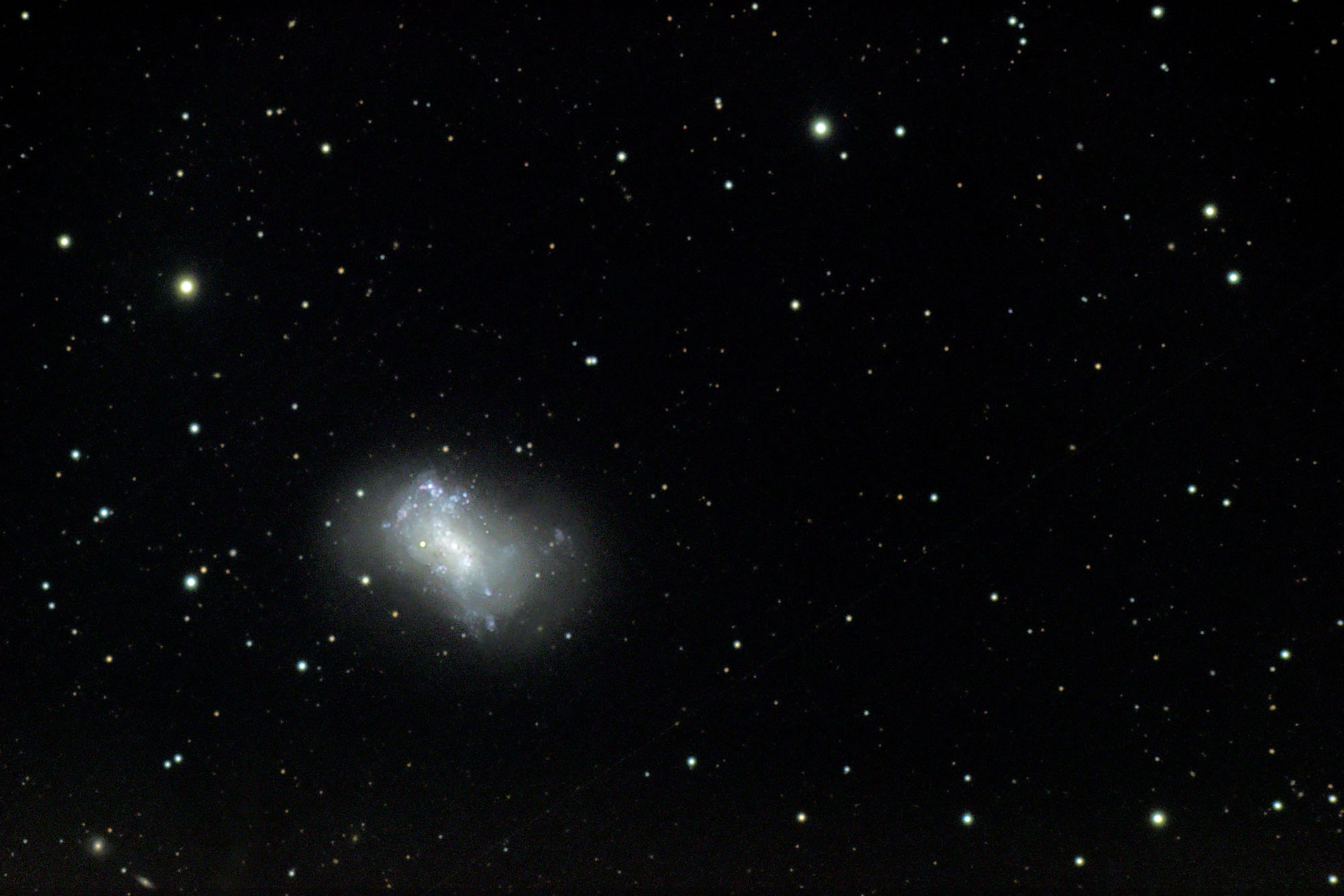