Before reading the below look at the image full image -- not the annotated one. Are the two galaxies interacting? Are they at the same distance or is one in front of the other? If the latter which is in front? OK now read on and see if you are correct.

NGC 4496 is a pair of non-interacting galaxies in Virgo. Though some older papers say they are interacting redshift argues strongly against it. By redshift NGC 4496A (the northern and larger one) is about 95 million light-years away while NGC 4496B is 220 million light-years distant, over twice as far. Oddly it appears that NGC 4496B is in front of its larger \"companion\" but apparently we are seeing it through the stars of the larger galaxy. To add to the confusion there are two blue objects in NGC 4496A that show a redshift the same as NGC 4496B and are also listed as galaxies. Though they look more like star clusters in NGC 4496A the data says otherwise. I\'ve marked them with G? in the annotated image. More confusing is that these objects don\'t appear reddened though NGC 4496 appears it could be reddened. I have no idea if the blue blob just south of NGC 4496B is a member of 4496B or A. If B it too should be somewhat reddened but isn\'t.

There\'s one more monkey wrench in this. All non-redshift determinations of the distance to NGC 4496A put it much closer. They average about 51 million light-years distant. If they are more correct it is a member of the Virgo Cluster though most papers go with the redshift and say it is not a member of the galaxy cluster.

One paper that considered them interacting calls VCC 1364 and possibly VCC 1359 debris from the interaction rather than separate galaxies. NED has no redshift for either but I included them in the annotated image. I vote against interaction and that these two are separate low surface brightness galaxies.

Were your right? Arp has long maintained cosmological redshift isn\'t necessarily a good distance indicator and high redshift objects, such as quasars can be far closer than redshift indicates. So far he has little proof on his side. While not involving quasar redshifts this pair certainly would be of interest to him I\'d think. Odd he didn\'t put it on his list.

Besides the normal complement of galaxies, quasars, quasar candidates (UvES) and a galaxy cluster there are 5 asteroids in the image. One very bright and the others faint. All left unusually short trails as they are slowing down preparing for resumption of prograde motion.

Also, there\'s an interesting discussion at the NGC Project over the identity of this galaxy. Seems Herschel was rather quick in his entries for it and for another, NGC 4505. They conclude they are one and the same galaxy even though Herschel described 4496 as being a resolvable cluster! Also, the RC3 say VCC 1364 is NGC 4496 though I doubt it could have been seen in Herschel\'s day. Another paper on this problem but not bringing NGC 4505 in the discussion can be found at:
http://link.springer.com/article/10.1007%2FBF00627084?LI=true Oops. Could be found there when I typed this a few days ago. Now the site is \"New and Improved\" which means the article is now behind a paywall. Not worth paying for I assure you.

Edit: Seligman adds this, \"...although their recessional velocities imply that they are at very different distances, redshift-independent distance estimates place them at the same distance, in which case they are an interacting pair and both members of the Virgo Cluster. In other words, this pair needs to be restudied, to clear up the considerable confusion about its true nature.\" 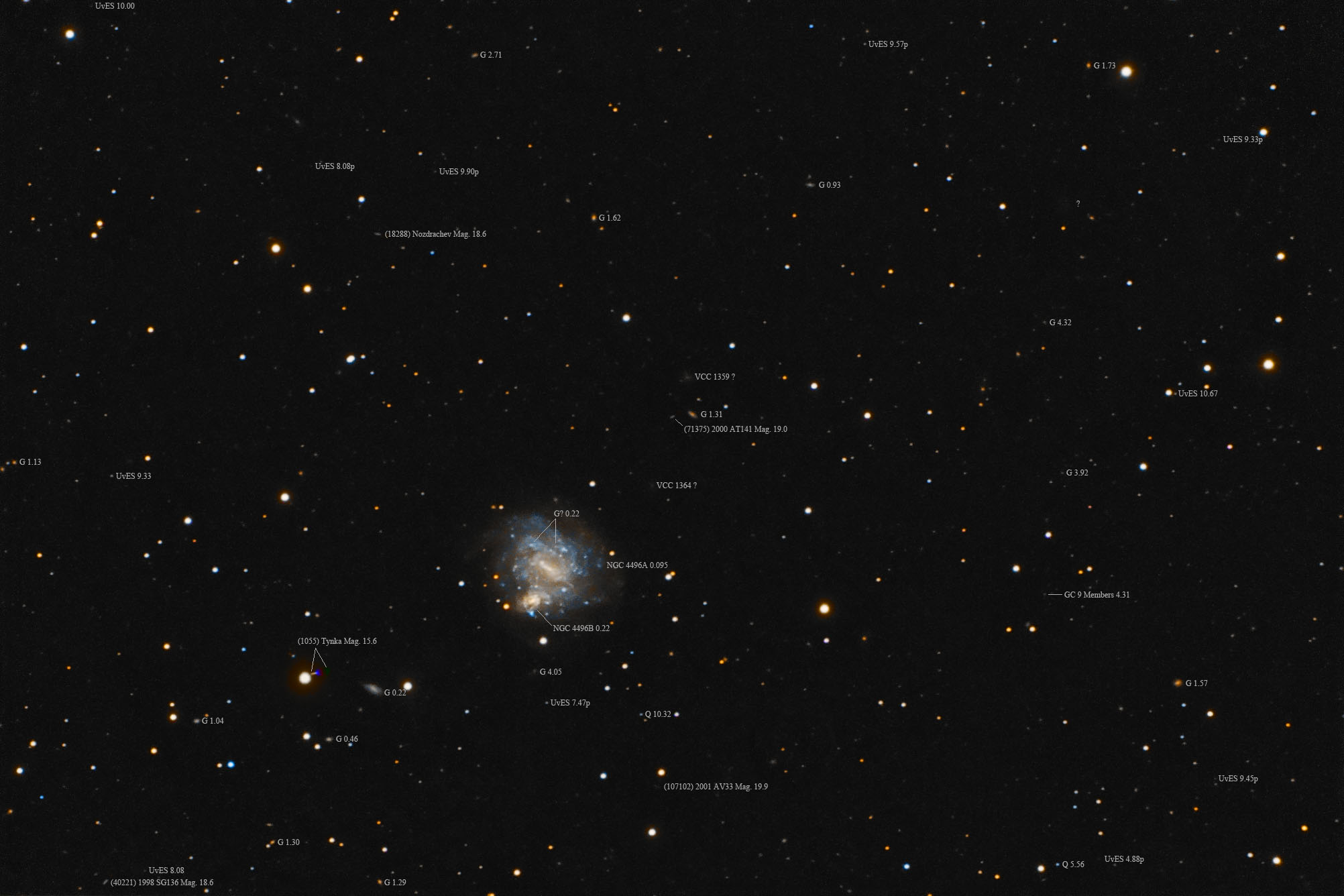 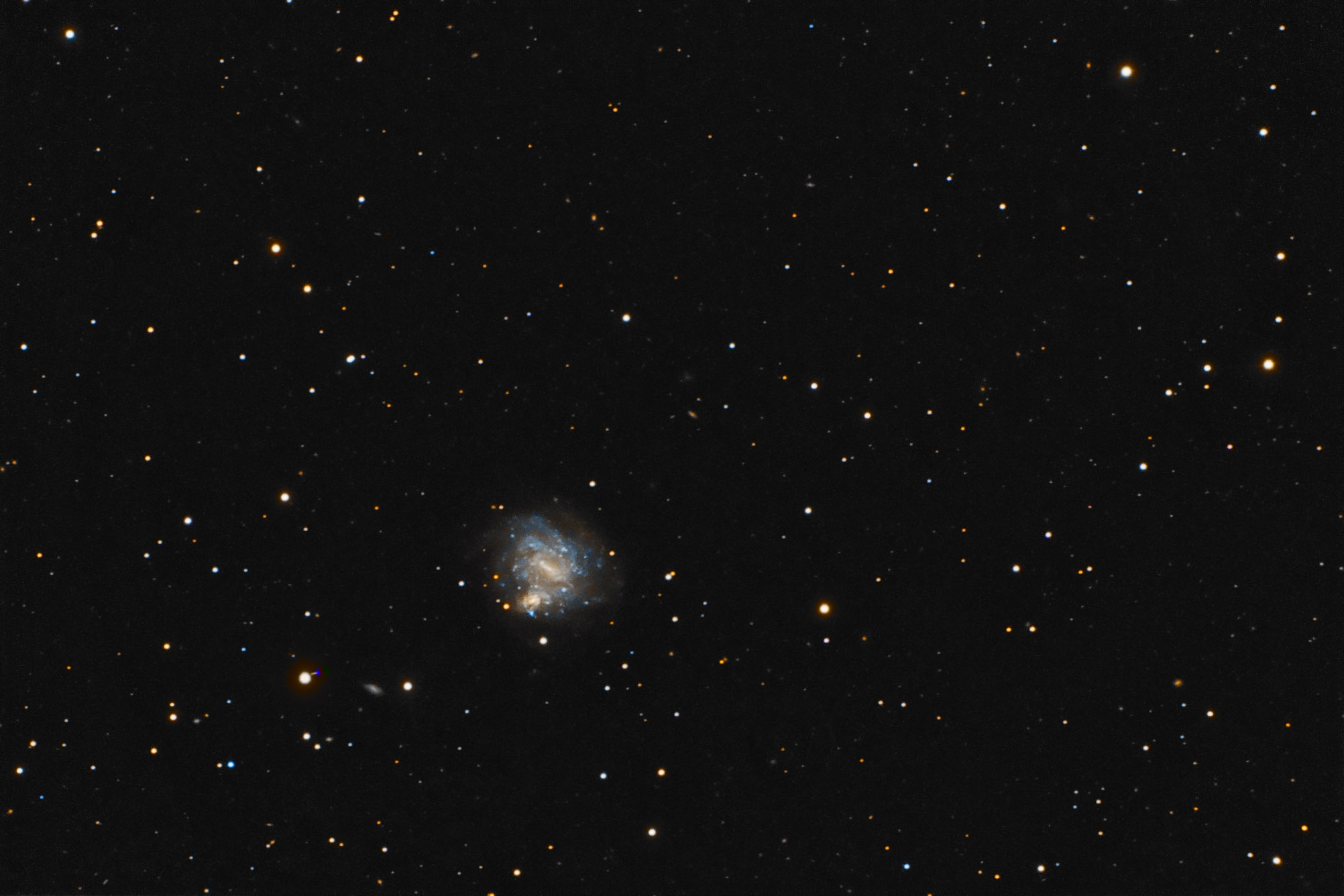 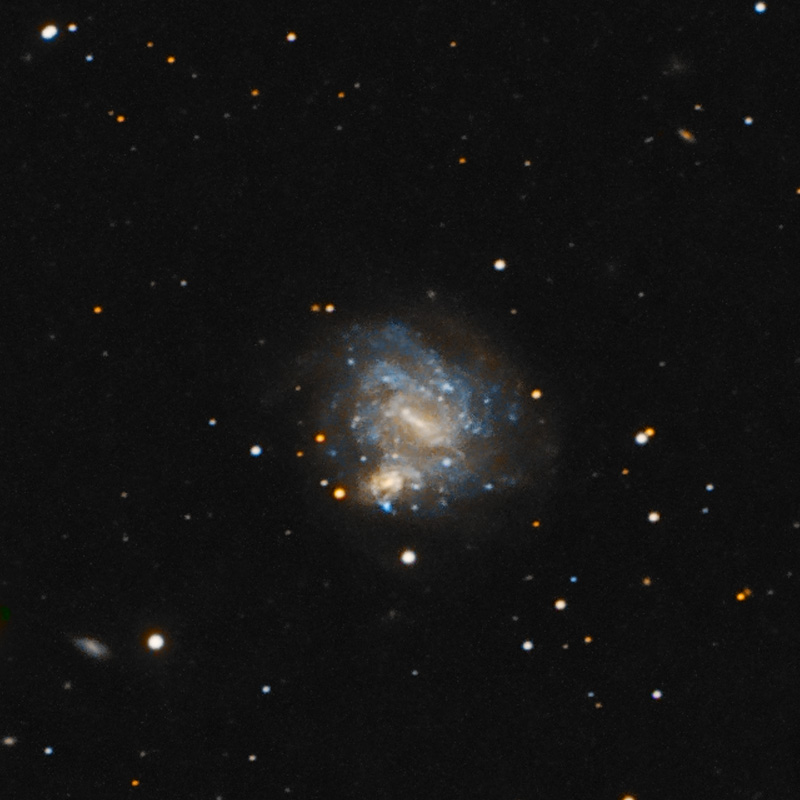