NGC 4517 (aka NGC 4437) is a member of the Virgo Cluster and is seen nearly edge-on. It made the NGC list twice due to a plotting error by John Herschel. That is the NGC 4437 listing. Years earlier his dad William Herschel recorded it giving the correct position. That is the NGC 4517 listing I\'m using here. It\'s the one seen nearly edge on at the bottom of my image. The one at the top is NGC 4517A, a small faint barred spiral also in the cluster. Both are about 65 million light-years away. I had better than normal seeing (less distortion from our atmosphere). NGC 4517A at the top is a very faint galaxy. Due to digital processing that compresses 65,000 brightness levels down to the 256 levels a computer monitor can display the brightness of this galaxy appears far brighter in comparison to NGC 4517 than it really is. This field seen with the eye in even a very large scope is dominated by NGC 4517. You have to have good observing skills to even see NGC 4517A as any more than a faint smudge at the limit of visibility.

The odd short double dash just above NGC 4517 is the asteroid Sazava at magnitude 16.2. Due to weather I took the first two luminosity images, a single frame of each color, red, green and blue then took two more luminosity images before cycling through the color filters again. Notice the second (right) dash is dimmer as clouds were obscuring the sky. By the time of the second blue frame the overcast had put an end to viewing so, I only have one blue frame and 2 of red and green though the seconds of both are poor due to the clouds. As are the second set of luminosity images.

Edit: This is a 2007 image and text so rather lacking. I did reprocess the TIFF data some in 2013. William Herschel discovered it on February 22, 1784. It isn\'t in either H400 program which surprised me. John Herschel found it on April 14, 1828. As he made a 5 minute error he didn\'t realize it was one his dad had found decades earlier. Thus, it got the NGC 4437 entry. Of course nothing was at that position and due to a typo later on in another catalog, some tried to say it was NGC 4417. But John\'s description of the galaxy and its relation to a star show it was NGC 4517 he was looking at. 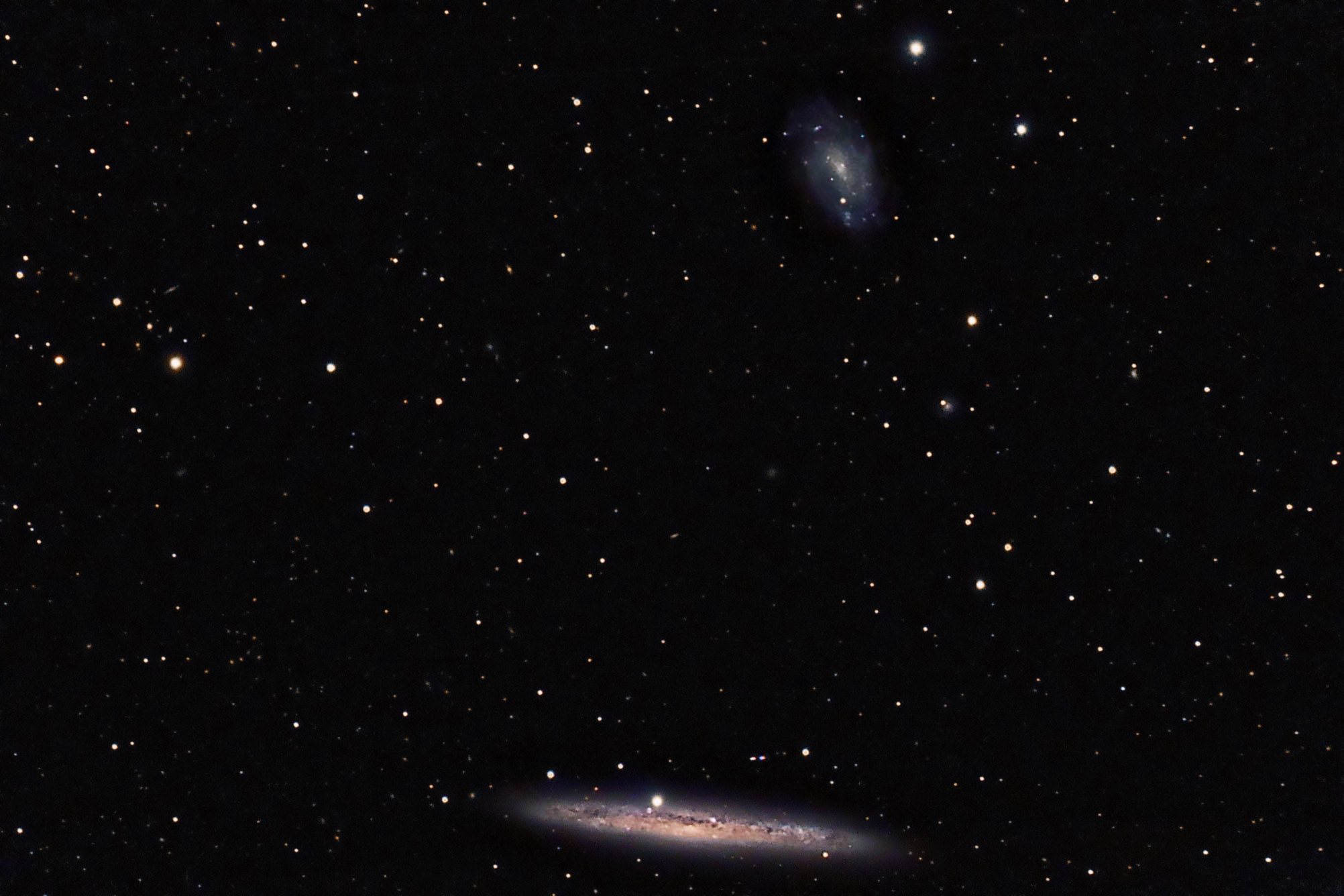