NGC 4605 is considered a member of the M81 group though it resides about 18.25 degrees east of M81 above the handle of the Big Dipper. It is a SBc dwarf spiral galaxy about 28,000 light-years across and 16 million light-years distant, somewhat further than M81. I\'m afraid I can\'t see much hint of spiral structure other than it being a disk galaxy and no hint of a bar or even a core. I\'m assuming the star like object at its center is just a field star in our galaxy. Though it\'s position is less than one second of arc different than that NED has for the galaxies center. I couldn\'t find anything to decide this issue. Visual observations speak of a star within a half degree of its center that\'s 13th magnitude. It was discovered by William Herschel on March 19, 1790 and is in the second Herschel 400 observing list. It\'s surface is strangely two tone either bright or dim with little variation, especially of the brighter star clouds. No matter how I processed it it came out this rather bi-toned galaxy. I assume this is due to the very poor conditions the night I took the data. I should have tried on a better night but this is late May and I can only get one per night so didn\'t want to waste the night on the chance I might get better data.

For a lot more on this galaxy plus a great HST image, south up, of it see: http://www.spacetelescope.org/images/potw1418a/
http://www.nasa.gov/content/goddard/hubble-eyes-a-scale-of-the-universe/#.VIdff8l8qM1

There\'s an obvious, likely background, galaxy just above the southeast end of NGC 4605. Strangely it is listed only as the IR source 2MASXi J1240129+613609. There\'s no indication it is a galaxy but the positions match. It isn\'t listed by NED as being in the Sloan data. I\'ve seen this with blue galaxies but this is a rather red one and they have always been seen, until now that is.

NED shows a quasar candidate near one edge that I\'ve marked in the annotated image that lies far beyond the galaxy if the photometric redshift is correct. in fact the image contains a record number of quasars and candidate quasars, most identified as UvES, some by CQ (candidate quasar rather than calling any amateur radio operator), in the annotated image. 19 of them if I counted correctly. One of them is a puzzle. Toward the upper left is the galaxy CGCG 293-033 and to its lower left is a double object, a blue galaxy on the east and a blue starlike point on the west. NED identifies the starlike point as a star giving its distance as 9.52 billion light-years. Yet also says it is a candidate quasar. Then it identifies the galaxy as a verified quasar yet nearly all catalogs say it is a galaxy. It certainly looks like a galaxy both in my image and the much clearer Sloan image of this pair of objects. So that\'s how I have identified it in the annotated image. 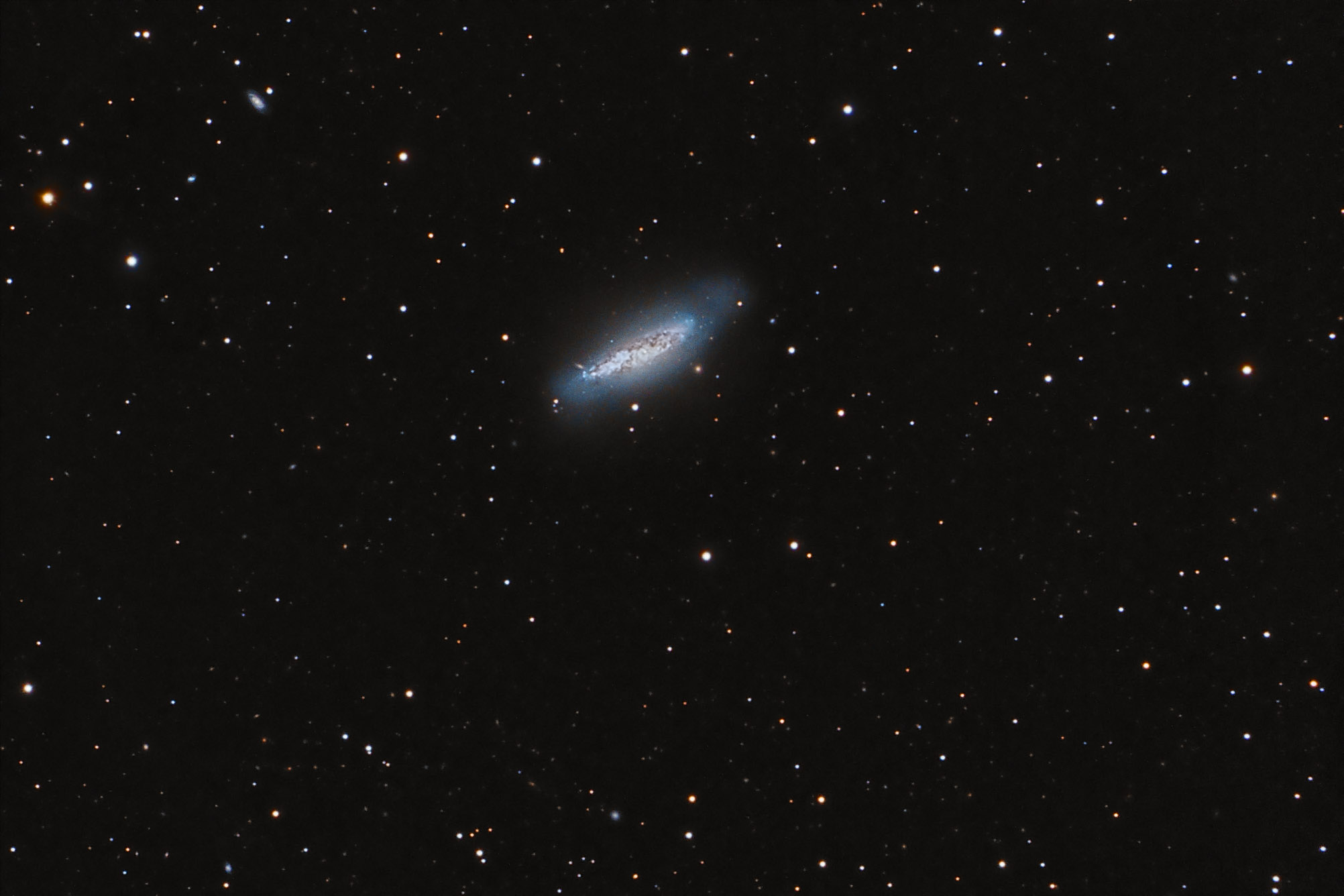 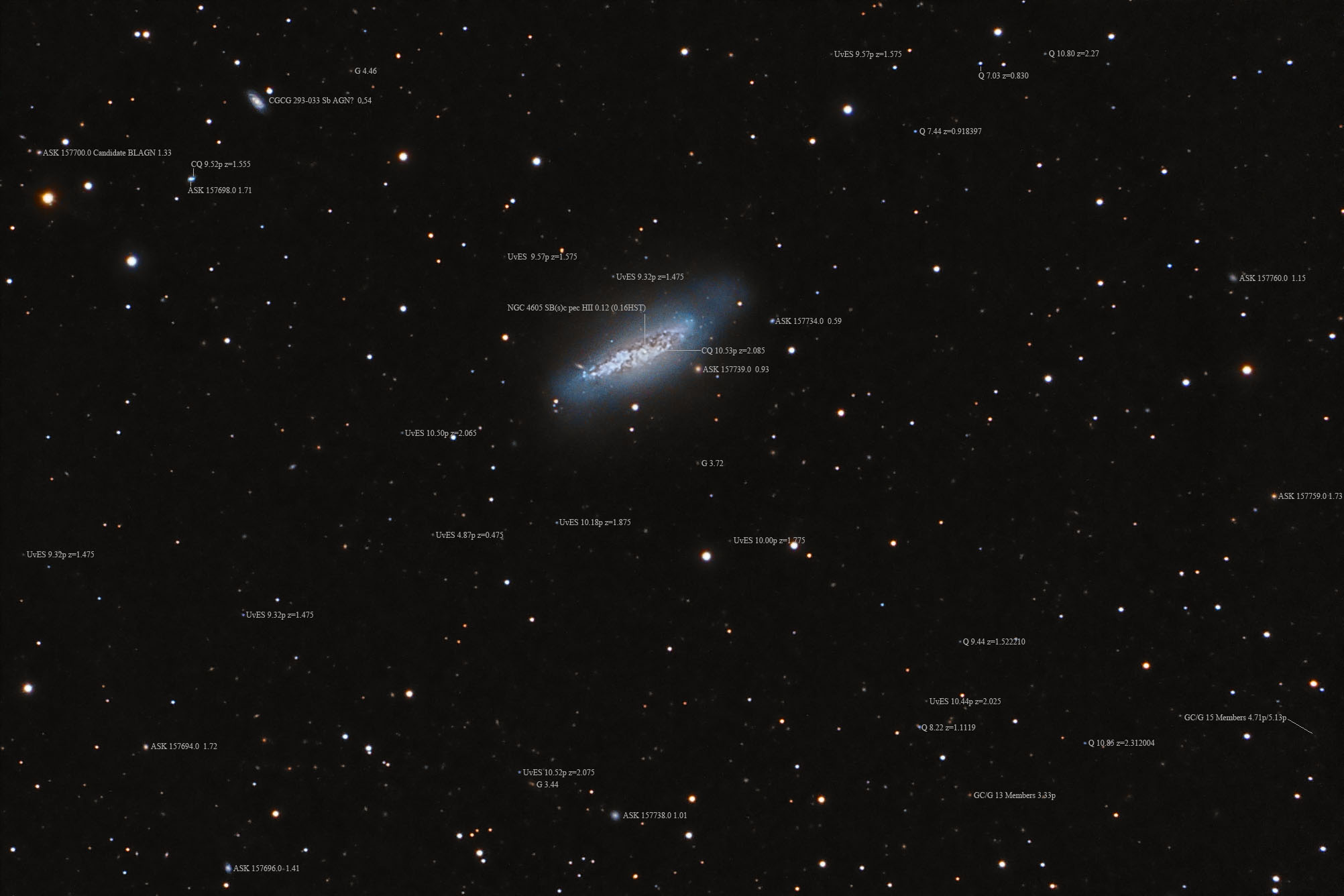