NGC 4669 is a huge edge on spiral galaxy in Ursa Major just under the handle of the Big Dipper that is about 230 million light-years distant. It is part of a group of galaxies at that distance. I couldn\'t find any designation for the entire group. Parts of it carried various names such as HDCE 0726, LDCE 0914 and HARO 32 Cluster. At first glance, NGC 4669 looks rather normal but its part north of the nucleus is about twice as long as its southern part even if you ignore the huge faint northern extension. Too bad we can\'t see it at a better angle to understand what is going on. Its full length is about 186,000 light-years making it one of the largest known spiral galaxies. Is that north part a plume from interaction with another galaxy? I found nothing on it which surprised me. Note also the dust lane to the south is normal but the lane to the north suddenly narrows and curves in a shallow arc first to the left then right. Very odd for a galaxy seen this close to perfectly edge on. It is likely related to the faint extension beyond it.

To the west is UGC 07905 an obvious pair of interacting, very blue, galaxies Both are described as peculiar with the southern member listed as being a starburst galaxy as well. The northern galaxy has the more interesting plume, at least seen from our angle. Why Arp didn\'t find room for this pair in his list of peculiar galaxies I don\'t know. It would have fit under several of his categories.

There are two other NGC galaxies in my frame (others at similar redshift lie outside my frame making this area a good one for those with larger fields of view). They are the S0 like NGC 4646 to the west and the barred spiral seen at a near edge on angle, NGC 4675, to the southeast. These are more normal sized spirals of about 60,000 light-years and 100,000 light-years respectively. The smallest is ASK 240169.0 at only 7,000 light-years.

I\'ve annotated all objects with known redshifts at NED other than the galaxy groups as I couldn\'t determine which of the galaxies were in each of the groups. 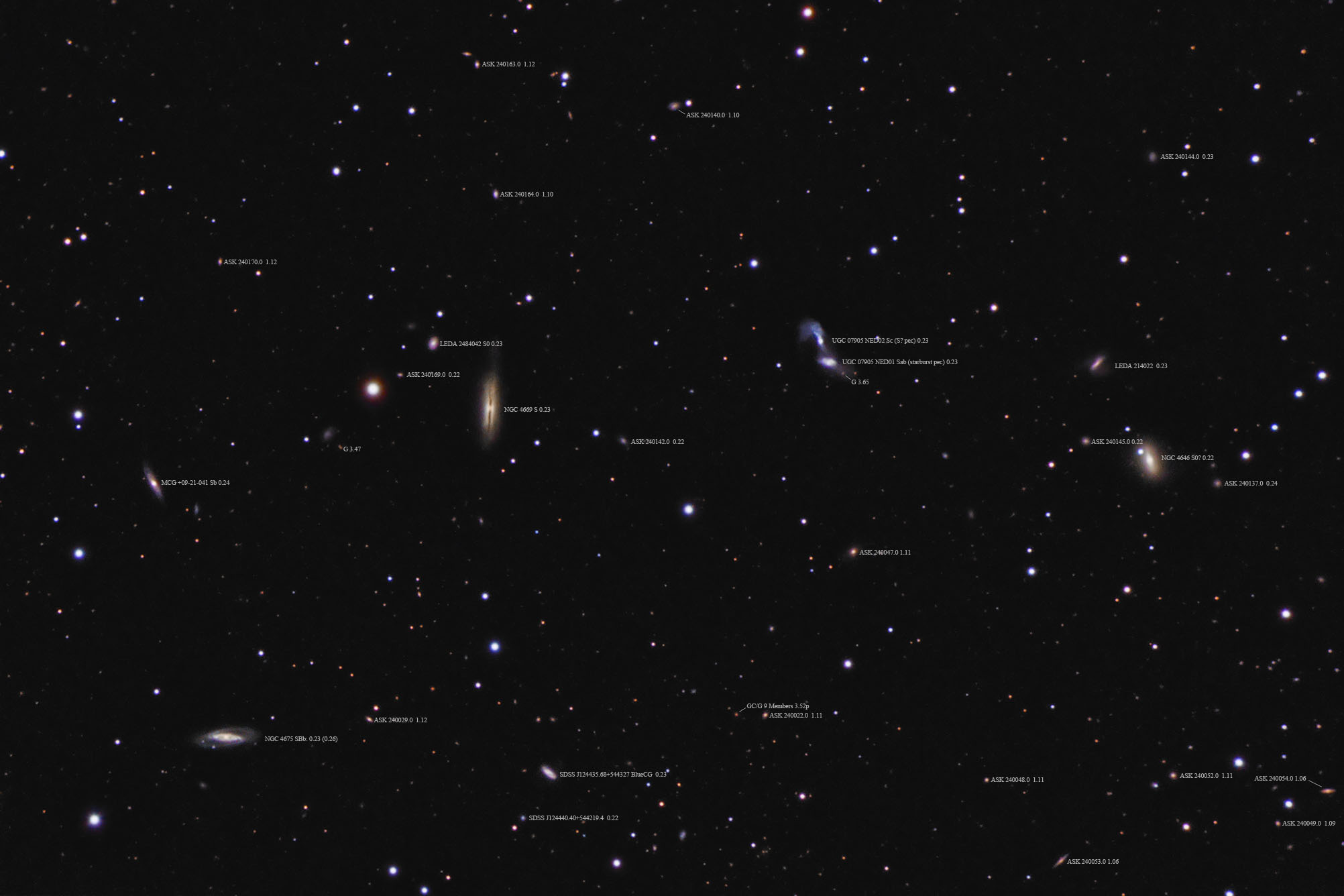 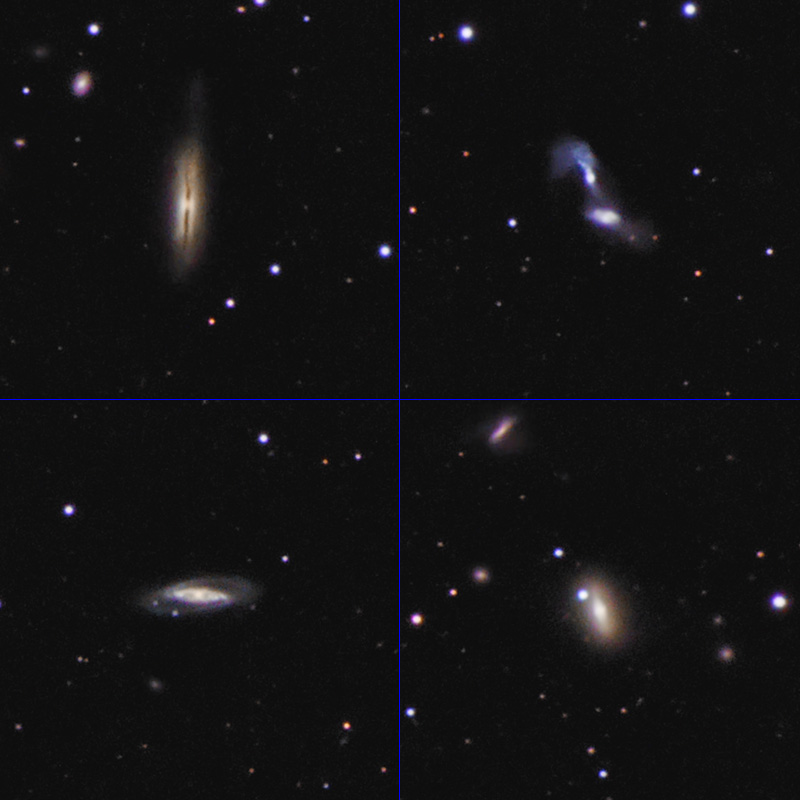