NGC 4762 and NGC 4754 are said to be a pair of non-interacting galaxies. NGC 4762 is a rather odd galaxy seen exactly edge on. A bright star-like core is seen with a very narrow disk oddly missing any hint of a dust lane. This leads to it being classed as SB0? by the NGC project and SB(r)0^0^ at NED. The disk ends with a huge warped plume off each end. The south end curves sharply to the west but a faint plume continues southwest and another to the southeast. Off the northeast end of the upper plume, a narrow faint plume continues to the northeast. To have these various plumes it must have interacted with some other galaxy in the last billion years or so. Redshift puts its distance at about 60 million light-years. Unfortunately, the error bar is rather large at this range. Tully Fisher measurements show 55 million light-years while an analysis of its globular cluster\'s brightness put it at 78 million light-years. Pick one!

Still, these measurements for each galaxy do overlap suggesting they may be really at about the same distance. Maybe they aren\'t non-interacting after all. There aren\'t any obvious candidates that I could find to cause the distortions both of these galaxies exhibit. So while not interacting today they may have a few hundred million years ago. I found nothing suggesting this, however.

The pair was discovered by William Herschel on March 15, 1784. Neither are in the two H400 observing programs.

There are two asteroids in the image. The obvious one is (7027) Toshihanda at magnitude 17.4. The naming citation reads: \"Toshihiro Handa (b. 1959) is a research associate at the Institute of Astronomy, University of Tokyo. He works in the area of radio astronomy, studying interstellar matter in our Galaxy and nearby galaxies. He is also active in public outreach in astronomy and astrophysics.\"

The other is very hard to see. It is (157814) 1995 WU28 at magnitude 19.1. Its trail runs in front of NGC 4762 which pretty well drowns it out. See the annotated image for finding it. I took the L images on either side of the meridian with color frames in-between the first luminance series were taken mostly to the east side of the meridian while the last three were taken when it was on the west side.

Not much exciting in the annotated image except for the galaxy group SDSSCGB 02665 on the east edge of the image. It is said to consist of 4 members at 1.6 billion light years. Two appear quite bright. I see several other faint ones in the immediate area bringing the count to 6 or so rather than 4. Of the two bright galaxies, the upper one lies within a second of arc of the position given for the group. No redshift is given for the galaxy itself though it may look like it in the annotated image. That line, however, is pointing to the group\'s position. The southern bright galaxy does have redshift data and is identified. Several quasars lie just outside the boundaries of the image frame. Oddly redshift data is limited to the eastern side of this image. 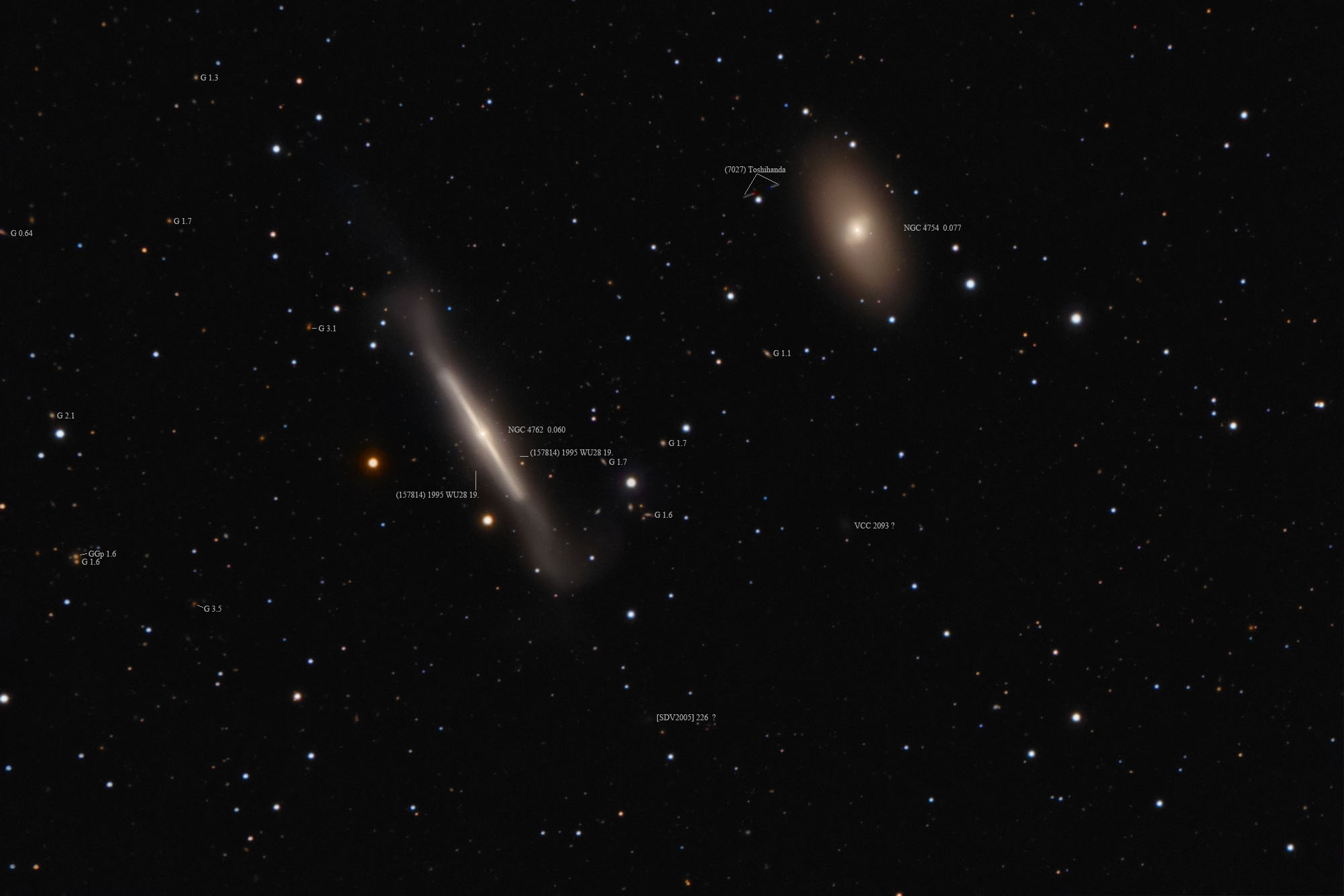 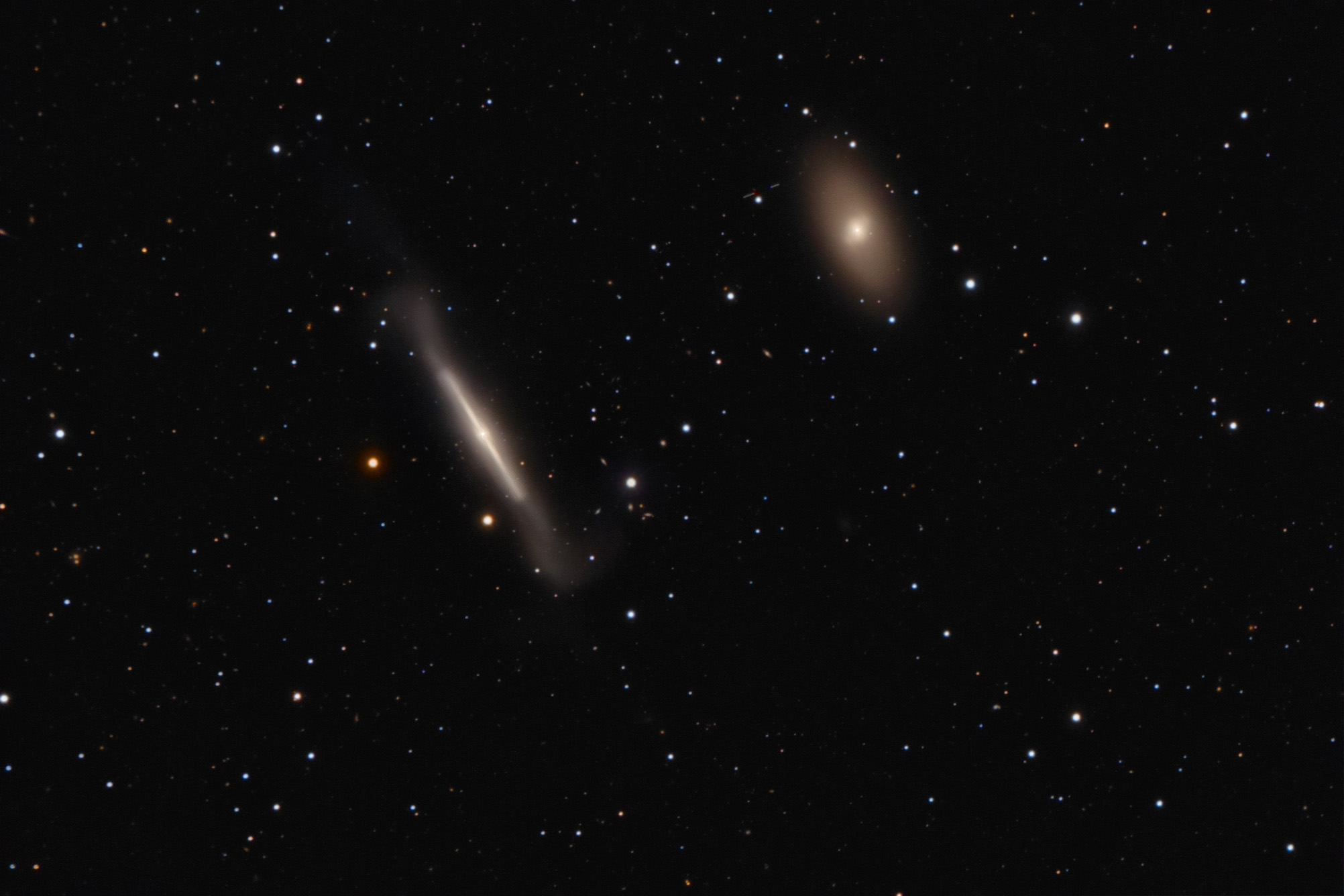