NGC 5005 is a bright spiral galaxy in Canes Venatici that\'s about 54 million light-years distant by redshift and 55 million by Tully Fisher measurements. A surprisingly close agreement. It is considered by some to be a companion to the much more famous, highly warped galaxy, NGC 5033 about 41 minutes to the southeast and thus out of my frame. NED classes NGC 5005 as SAB(rs)bc;Sy2 LINER while the NGC Project says, Sb (no bar). Most notes at NED refer to the bar saying it is offset from the major axis by 30 degrees. I see no hint of it visually. This is likely why the NGC Project doesn\'t recognize it. It seems rather dust red reddened. Is it the cause of NGC 5033\'s warp? It seems too normal for that. NGC 5033 has two satellite galaxies that might be a more likely candidate though it could be due to a galaxy it ate and no longer exists.

Above NGC 5005 is the dwarf irregular galaxy LEDA 166157. I couldn\'t find much more than this about this obviously very blue, low surface brightness galaxy. It did make the Karachentseva and Karachenstev list of new nearby dwarf galaxy candidates. http://aas.aanda.org/articles/aas/pdf/1998/03/ds6146.pdf The distances to some entries were later estimated but not for entry 188 which is LEDA 166157 unfortunately. There is a newer paper on these by the same authors but it is behind a paywall so I didn\'t investigate further. http://cdsbib.u-strasbg.fr/cgi-bin/cdsbib?2007AstL...33..512K

As with much of the year, the weather took its toll on the image. The blue frames were very bright with a background twice that of red and green. That is very unusual. Again, I was sleeping while this data was taken so I don\'t know what caused the problem. Even after all my color balance tricks, the galaxy doesn\'t quite look right to me as to color. Might just be due to below average seeing. Certainly, the luminance frames didn\'t go nearly as deep as usual coming up a good magnitude short of normal skies. 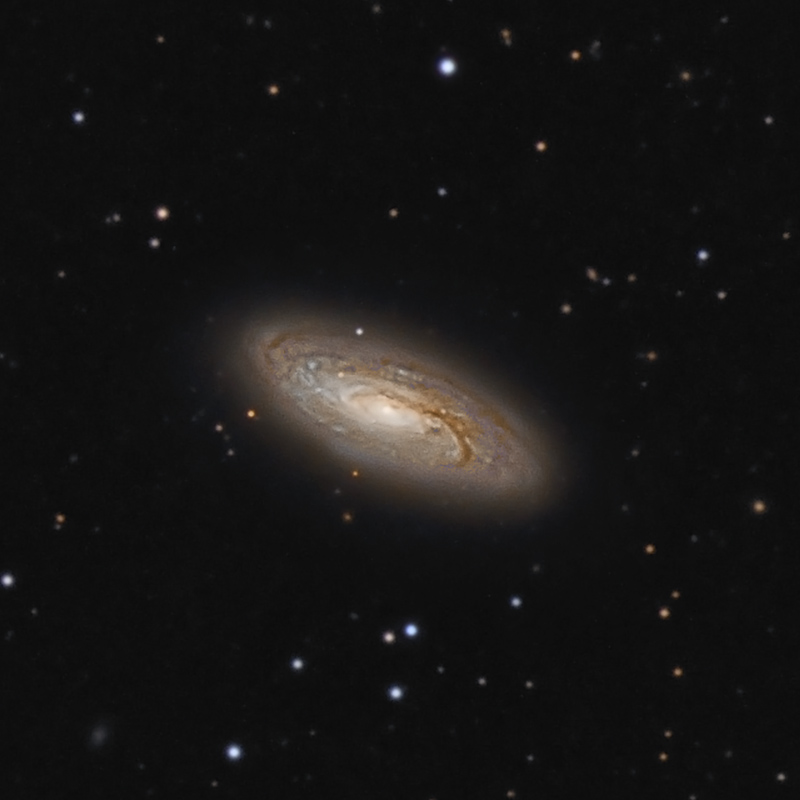 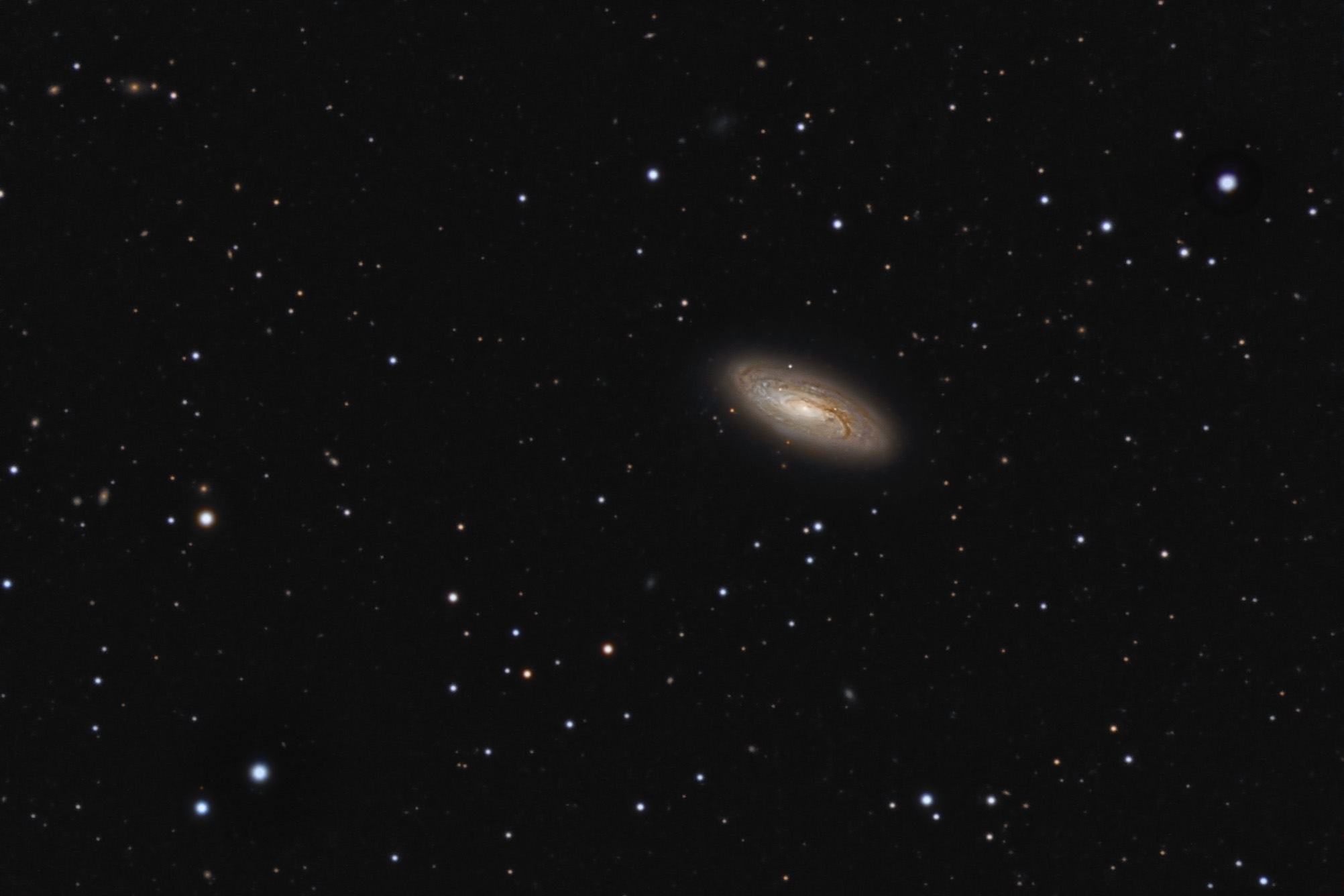 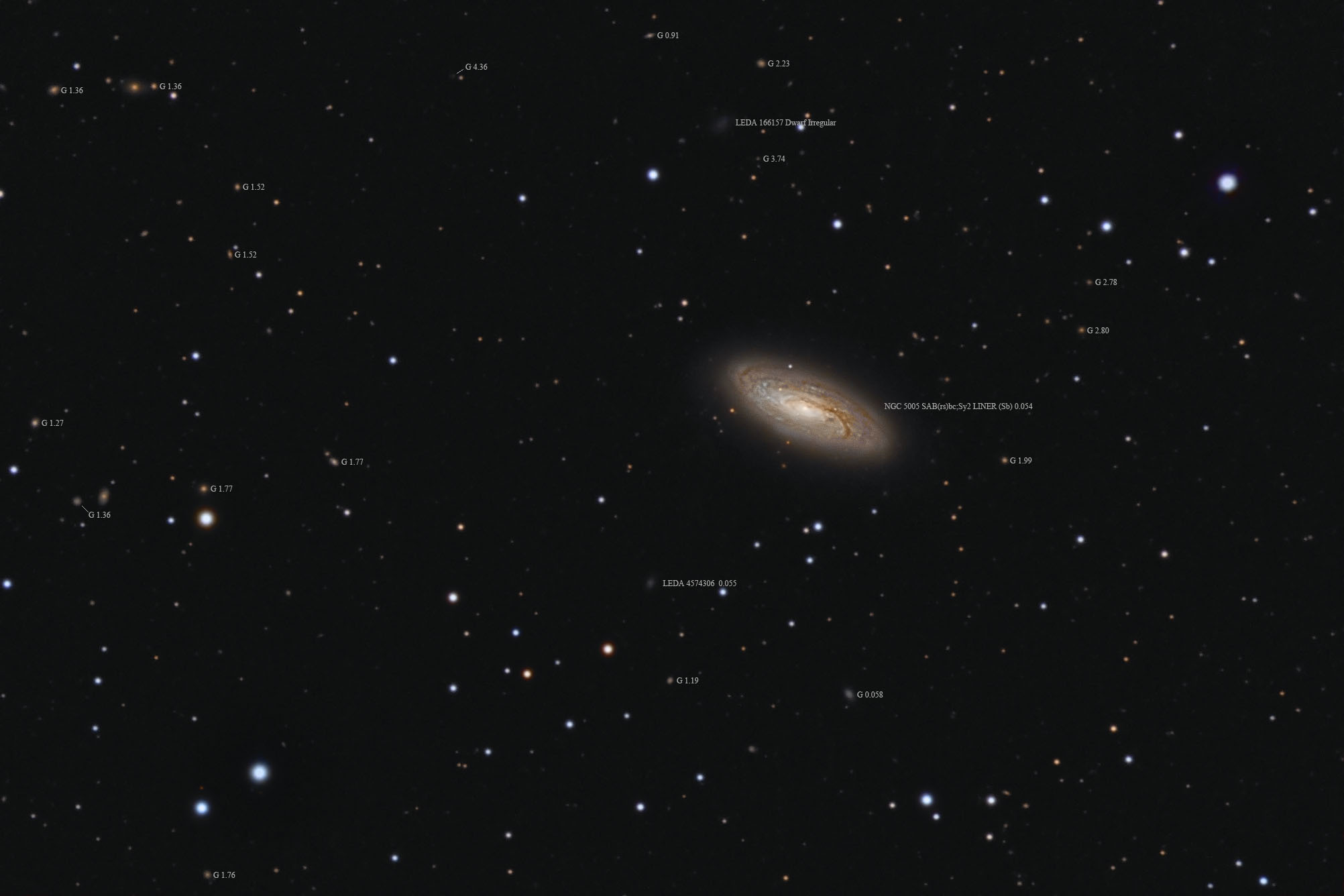