Usually, it is the major NGC galaxy I\'m featuring not its sidekick. In this case, the sidekick is NGC 5012A. Probably a better name would be UGC 08290 or PGC 45884. It is what I call a \"sloshed\" galaxy. This is in the sense of how the yoke of a fried egg can be moved off center by moving the frypan before it sets. The galaxy\'s core is far off-center. That\'s certainly the case with this galaxy. Sometimes you can see the other half of the galaxy is there, just very faint due to a lack of bright stars. NGC 5474 near M101 is an example. In its case, it is thought its interaction with M101 caused the \"sloshed\" effect. You can see the rest of it faintly in my image of it. But with NGC 5012A I see no hint of the \"other side\". Also, NGC 5012 doesn\'t appear distorted enough to have had a serious gravitational interaction with it. They are at about the same distance by redshift, 130 million light-years away.

I found little on this pair. Certainly, nothing indicating any interaction. One old (1970\'s paper) denied interaction. Something sloshed NGC 5012A, but what? It is classified as Sm: by NED and pec? by Seligman. I couldn\'t find who discovered it or when. NGC 5012 is classified as SAB(rs)c LINER by NED and SBc? by Seligman. It was discovered by William Herschel on April 10, 1785. It is in the second H400 program. My log from that was lost in the move to Minnesota so I don\'t know if I also saw NGC 5012A. Considering that was over 30 years ago my memory is of no help.

This is one of my very early images from 2007. Even the FITS were so poor I gave up trying to rework it. I need to go back to the original FITS files to do it justice. My processing abilities were nill back then and my software limited. For instance, there\'s a hint of a pair of interacting galaxies just above NGC 5012A (NGP9 F379-0539970 at about 870 million light-years) but my ham-handed processing has destroyed much of the detail. I think there\'s a plume from the larger eastern one. But I have to either retake this or reprocess the data to know for sure. I couldn\'t find any deep images of this field on the net. Until I can research this one better this will have to do. 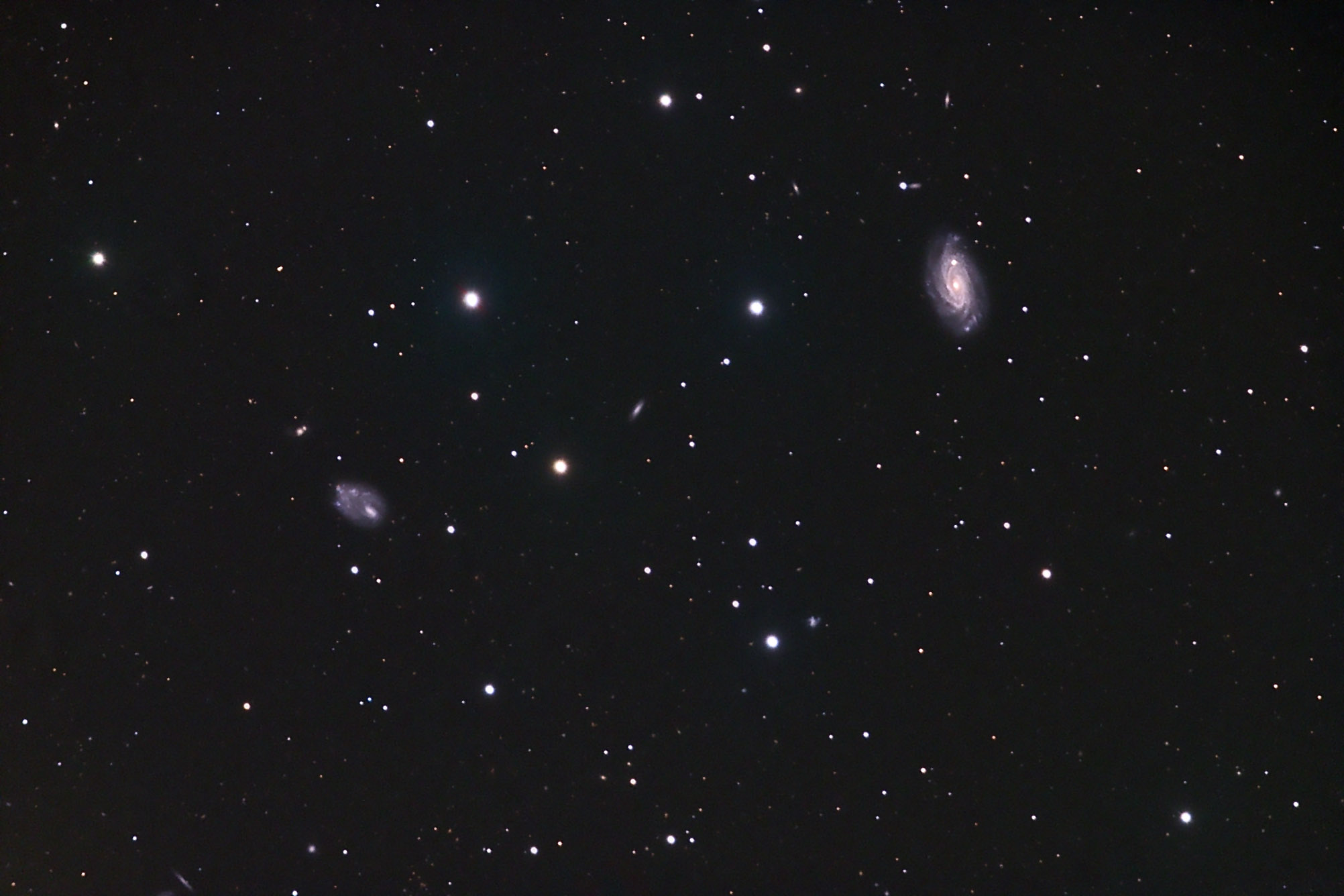