NGC 5033 is a much imaged spiral galaxy in Canes Venatici. Distance estimates range from 38 to 60 million light-years. NED\'s redshift and non-redshift measurements put it about 55 million light-years out while APOD says 40. It is classified as SA(s)c;HII Sy1 at NED. Seligman simply says Sc?. In any case, it is a rather disturbed galaxy. That may explain its Seyfert 1 status. The arms appear pulled out and highly warped out of plane. They are rather faint making this a more difficult imaging target than many beginners realize. Virtually all my posts have north at the top. This is an exception. East is at the top with north to the right. It looked better to my eye flat than on edge. While neither NED nor Seligman see a bar one paper I saw said it may have a triple bar but most deny it has any bar at all, even those using the same images that first was said to show the triple bar.

This is another of my early images and needs a lot of work or a reshoot. I didn\'t do much if any research on my objects back then. For now, I\'ll just say it was discovered by William Herschel on May 1, 1785. It is in the original H400 program. Apparently, I wasn\'t much impressed as my notes from April 28, 1984 simply say, \"Smaller, fainter version of NGC 5005. But still a good object. Several unplotted (on my atlas) seen in the area.\" It appears I wasn\'t seeing the arms at all, just the core region. Not surprising as they are rather faint. 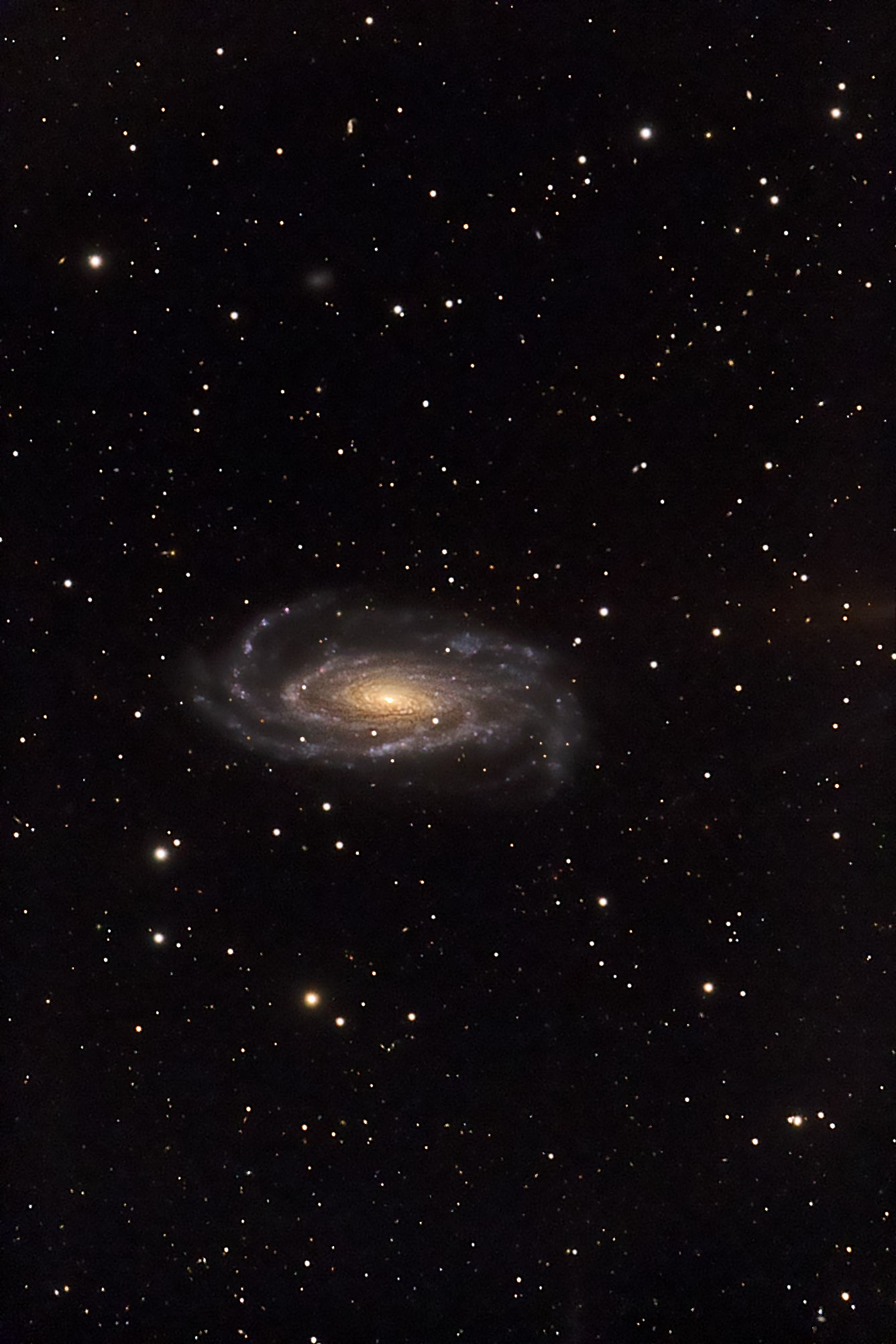