NGC 5053 is a rather distant globular cluster in Coma Berenices near the much brighter and more famous M53 globular. It is probably about 53,000 light-years away. I measure it at about 160 light-years across, rather large for a globular. For being so distant it appears rather large in angular size but not at all condensed like many globulars. It is being torn apart by tidal forces and has a 6 degree long tidal tail stripped by our galaxy\'s gravity. It was discovered by William Herschel on March 14, 1784. It is in the second H400 program. Some say it may be a captured globular that originally belonged to the Sagittarious Dwarf Elliptical Galaxy. That galaxy wasn\'t found until 1994 and is now being eaten by our galaxy.

There are quite a few background galaxies in the image. This is a very old image before I did any research so I have nothing on them as yet. The most obvious to the northwest is PGC 46161. It is about 60 million light-years away. The rest will have to wait until I have time to work on this one and reprocess the very old image. There is one asteroid in the image. It is (184248) 2004 SX11 at a predicted magnitude of 19.6. 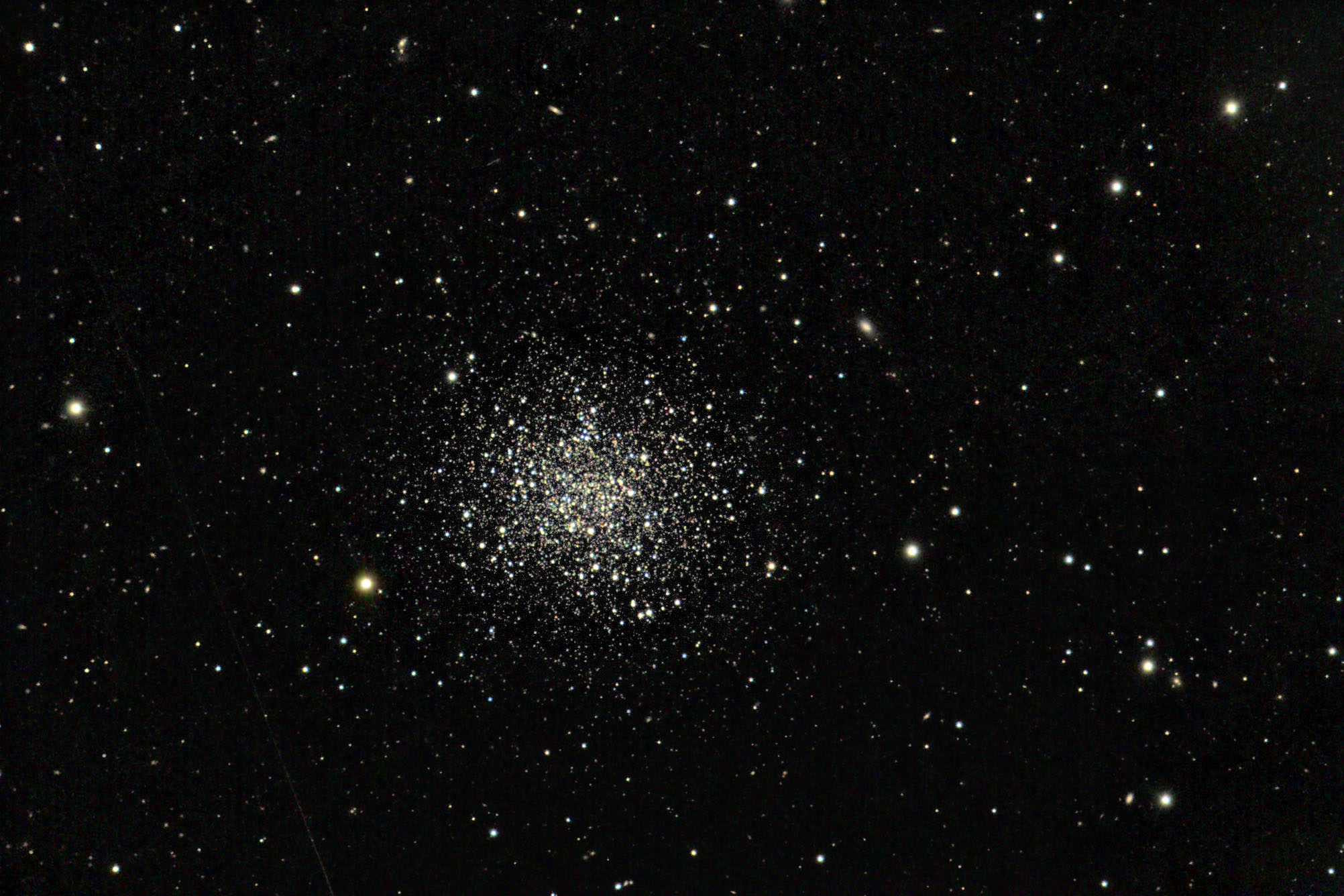