NGC 5211 is a rather strange spiral galaxy in Virgo 170 to 180 million light-years distant. It is classified by NED as (R\')SAB(rs)ab pec though the NGC project says Sb/SBb apparently undecided if it is a barred spiral or not. Some sources say it is similar to NGC 210 though NED and the NGC project classifies that as SAB(s)b (no ring). So by the NGC project, they are similar and by NED they aren\'t. To me it is similar in that the outer arms start from the ends of very faint bars extending out from an inner disk.

NGC 5211 was discovered by John Herschel on April 14, 1828 (Edit: I originally incorrectly credit it to his dad). It is a rather large galaxy. I get a diameter of about 112,000 light-years assuming the 180 million light-year distant. It has one apparent true companion UGC 8526. It has a slightly larger redshift putting it at 190 million light-years. Since relative velocities can easily account for this difference it is likely they are closer to the same distance than redshift indicates. It is a much smaller spiral being only a bit over 41,000 light-years across. NED classifies it simply as S? Other sources call it a blue compact galaxy. It looks like an Sbc to my untrained eye. It is about the same size as M33 but has a much higher surface brightness and star density than M33.

While the field is near the edge of the Virgo Cluster none of that cluster\'s galaxies are in the image. In fact, all are well beyond the cluster. Most that NED has redshift data on are more than a billion light-years distant with one at almost 6 billion light-years. Thus most are quite faint. The faintest I found redshift data for was Magnitude 22.9 indicating this night was more transparent than I\'ve had in months. Unfortunately seeing wasn\'t as great.

To recap some abbreviations used in the annotated image. \"p\" means it is a photographic redshift rather than the more accurate spectroscopic redshift. NLAGN stands for Narrow Line Active Galactic Nucleus indicating it is a close cousin to a quasar. BLAGN is Broad Line Active Galactic Nucleus http://ned.ipac.caltech.edu/level5/Sept09/Gaskell/frames.html This link is by an astronomer I\'ve worked with and know well. ELG means an emission line galaxy where emission lines are obvious in its spectrum http://www.usm.uni-muenchen.de/people/saglia/praktikum/galspectra/node4.html . NELG means narrow emission line galaxy. LINER means Low-Ionization Nuclear Emission-line Region http://ned.ipac.caltech.edu/level5/Glossary/Essay_liner.html . 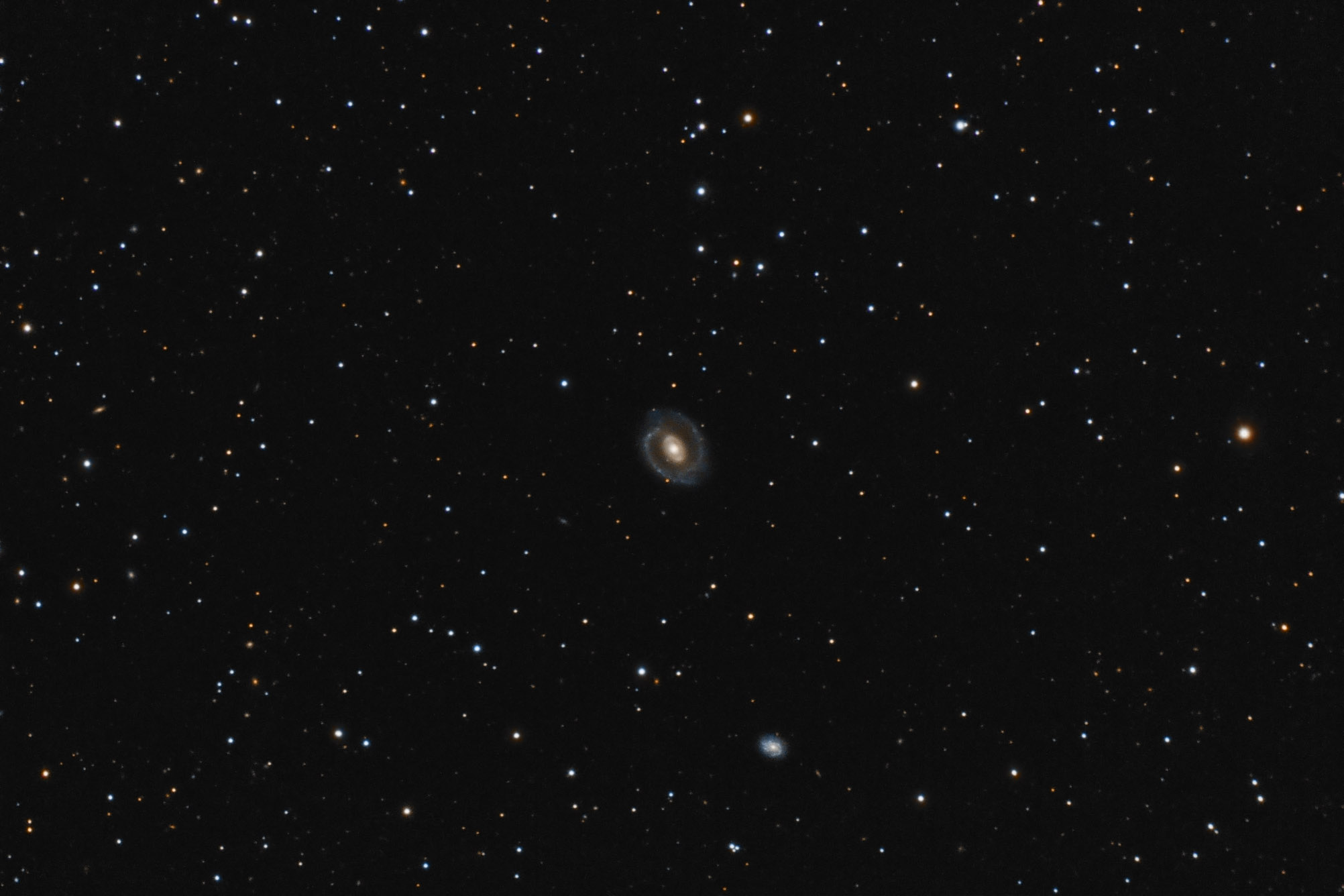 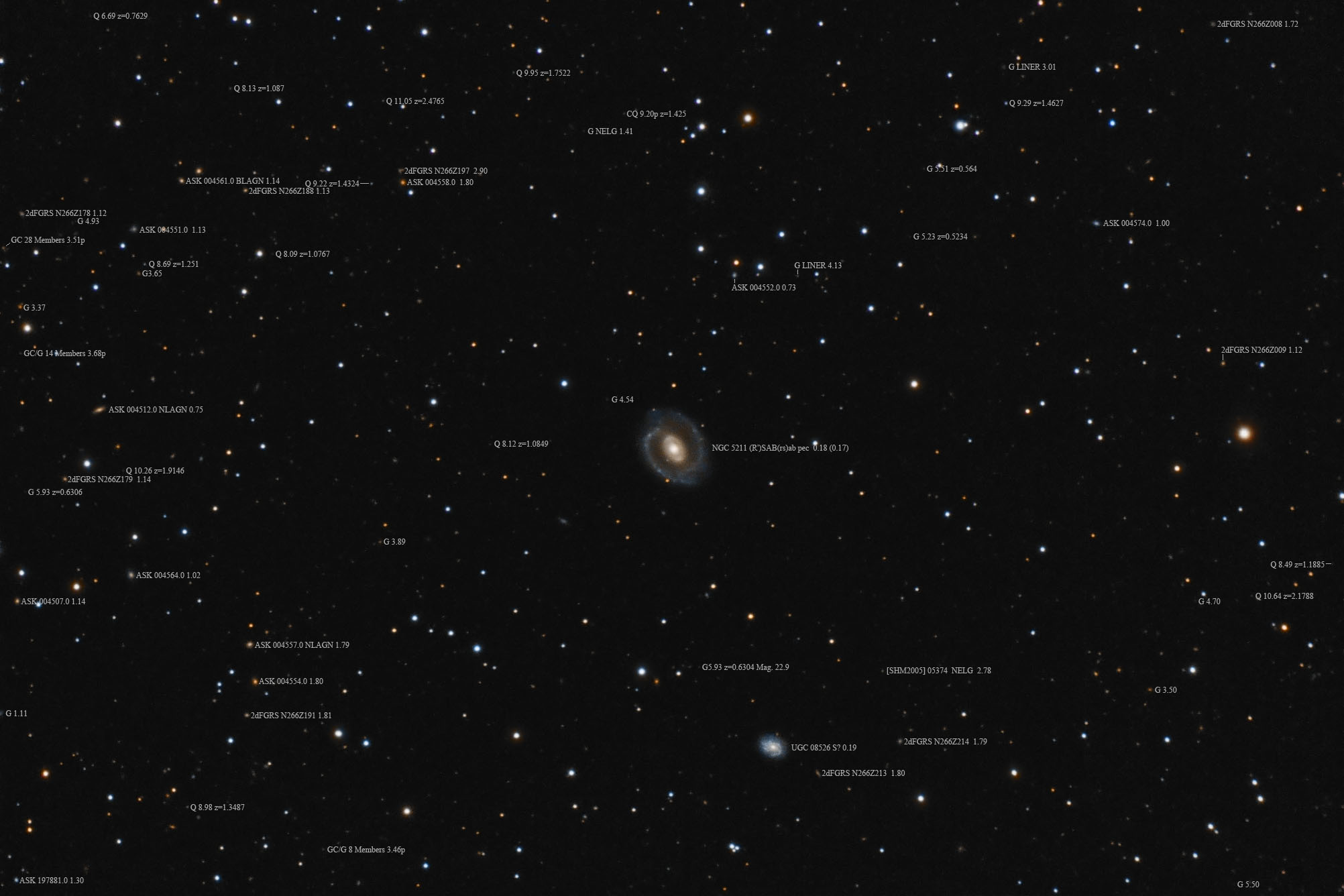