NGC 5247 is a rather nearby galaxy in southern Virgo below my 15-degree limit. Due to clouds in the north I had open sky only to the south and seeing was above average allowing me to give it a try. It was on my list for two reasons. One it has two main arms but a third arm just floats not connected to the other two. Several spurs come off the two arms but this one seems unconnected to either. Arp had a category for such three-armed spiral so it went on my Arp-like to-do list. The other reason is the very odd small but sharply defined dust cloud that cut right across the gap between the northern arm and the core coming to a point near the core then expanding in a puff beyond the bright core region after disappearing for a bit. While I found many papers on this galaxy not one mentions this odd dust lane.

A few HII regions appear faintly in my image. It is a bit over 70 million light-years distant by both redshift and a single non-redshift estimate. Including the faint plumes to the east and west, it is some 150,000 light-years across. Measuring just the main arms it is about 95,000 light-years across. It was discovered by William Herschel on March 17, 1787. With its somewhat faint surface brightness it didn\'t make either of the Herschel 400 observing programs nor have I any record of trying to see it visually.

Located this low it is out of the Sloan and many other galaxy survey fields so it was the only galaxy besides 2 2MASS galaxies which, since I was making an annotated image for the two asteroids I included. Unfortunately, the pair of galaxies at the upper right I\'d liked to have information on weren\'t listed as galaxies. The bluer one (upper right face on) was listed as an Ultraviolet source seen by GALEX but not identified further. Also, another pair west and a bit south of the center of NGC 5247 isn\'t listed at all but NED does show a quasar candidate about halfway between the two where I see nothing but the overlapping galaxy. They give no magnitude nor size. But with an error circle of 5\" it\'s hard to pin down what exactly it is seeing. Apparently not either galaxy. Considering several hundred UvS were seen by GALEX, most of which are stars I didn\'t try to determine which were galaxies. 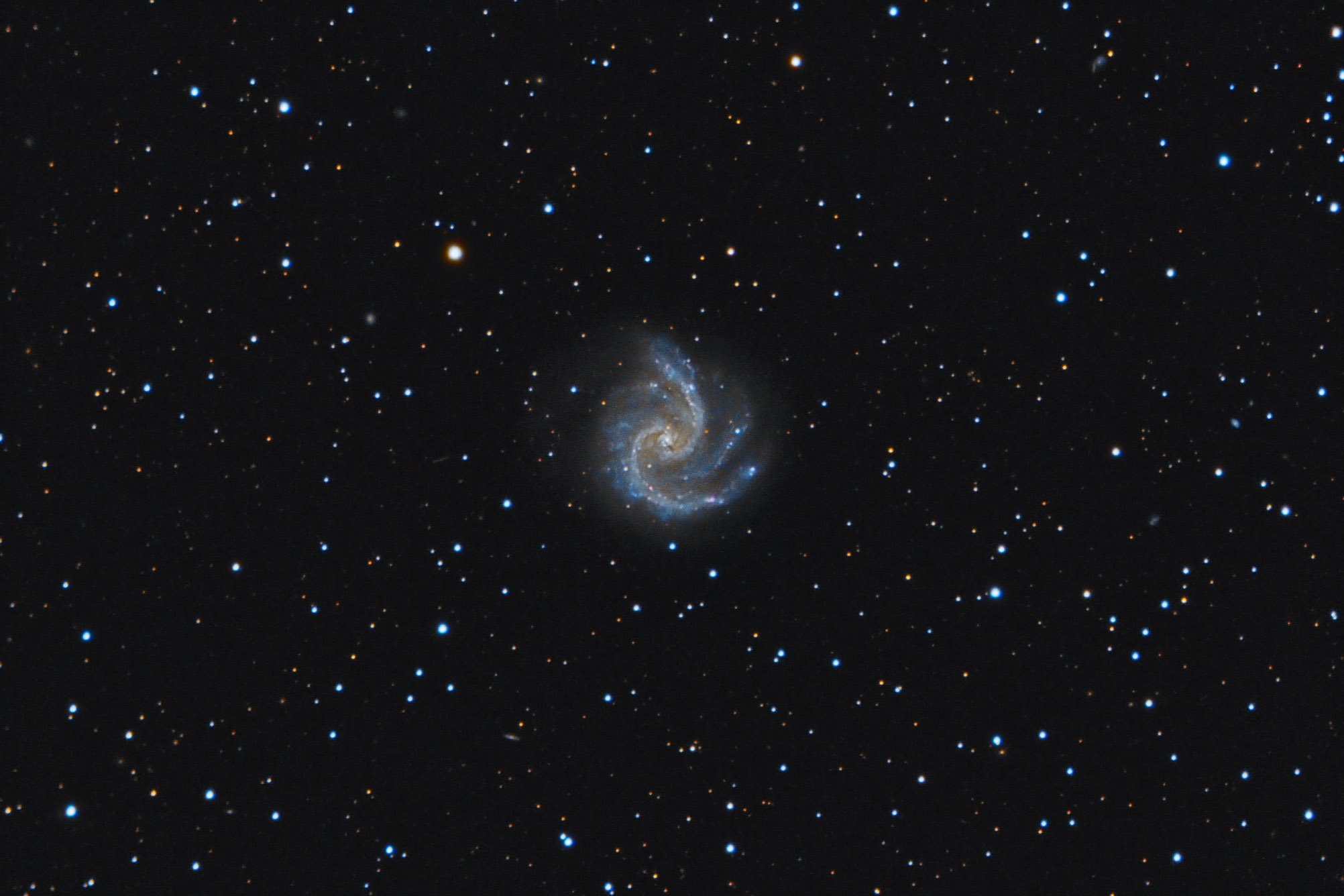 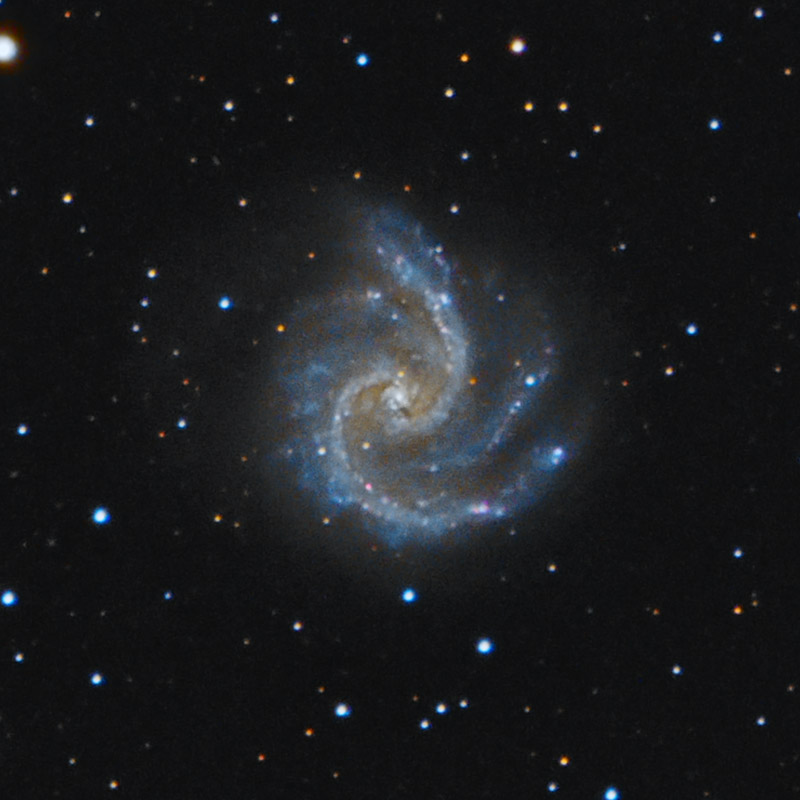 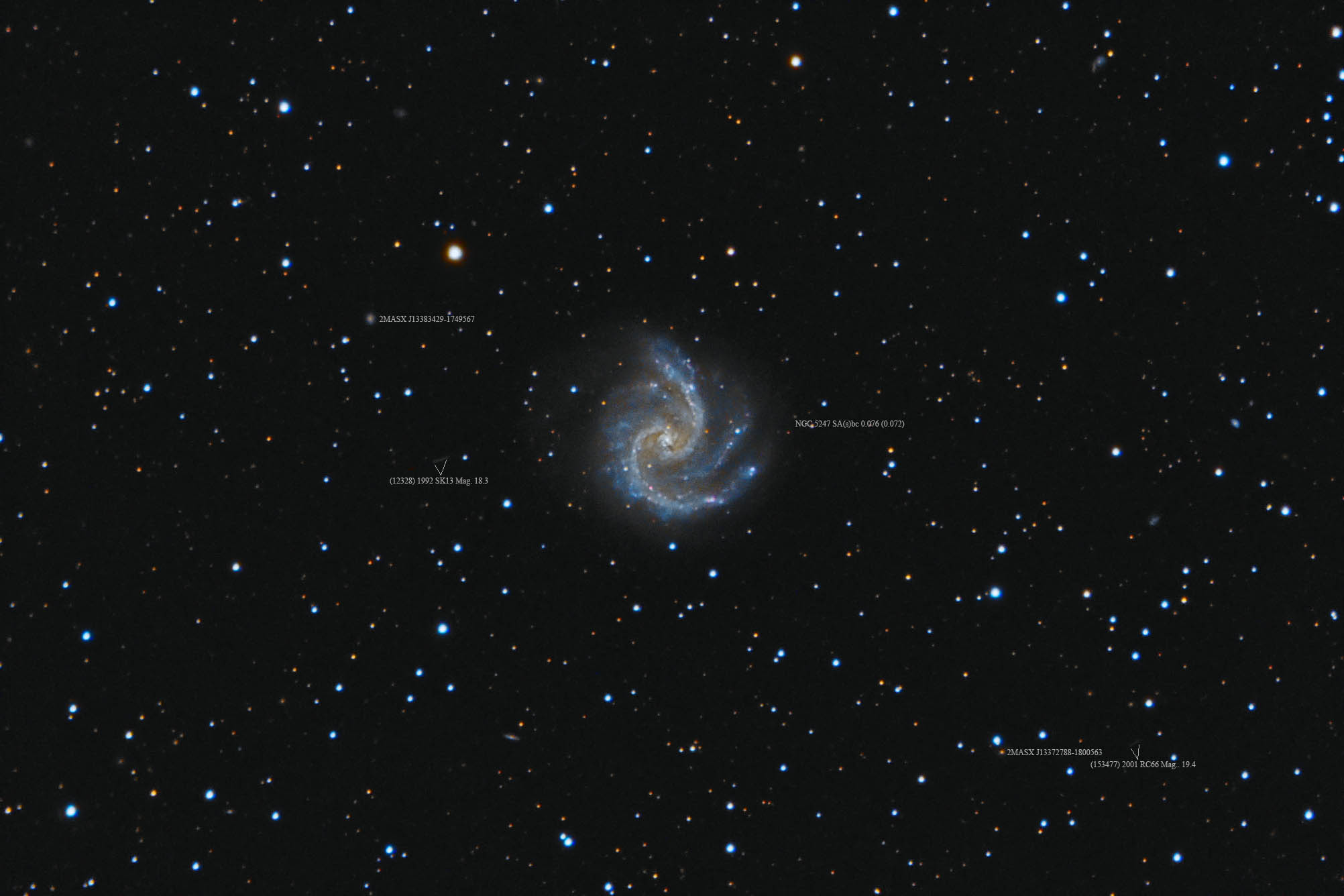