NGC 5375/5396 is a very large spiral galaxy in southeastern Canes Venatici about 120 million light-years distant and about 120,000 light-years across. NED classifies it as SB(r)ab while the NGC project says SBb. The galaxy was probably discovered by William Herschel on May 16, 1784 and entered into the GC by John Herschel at the position William Hershel provided. But not finding anything at that position John decided it was the same as his discovery on May 15, 1830 which he entered separately in the GC. Dreyer then followed suit doing the same with the NGC so it now has two listings. NGC 5396 is likely the preferred listing since it is the one with the correct position. I started doing dual entries in numerical order and am sticking with that for consistency. It appears to have two companions one to the northeast and another to the southeast. At least they have very similar redshifts. They are about 10,000 and 20,000 light-years across. While the one to the northeast has starburst activity it doesn\'t seem this is related to any interaction with NGC 5375. Neither seems perturbed. It\'s not in either of the H400 programs.

The annotated image shows a rather odd grouping to the west-southwest of three or 4 objects. One appears to be a blue galaxy but it\'s not listed in NED so labeled with a \"?\". The other blue object is listed in NED as a galaxy at 1.4 billion light-years. Between these is an orange object. I\'ve listed it as LEDA 84081 an ultraluminous IR galaxy with starburst activity and HII emission. A lot to get out of that tiny orange blob. NED has a separate second entry with a position only a couple hundredths of an arc second different and a redshift that differs at the 4th decimal point. That doesn\'t list it as ULIRG or with HII or starburst activity. Considering the resolution of earth-based scopes can\'t separate objects that close I\'m suspecting these two different listings of the same object, just that they got slightly different positions for it and didn\'t get the spectral data for the other determinations. They do differ by 0.9 magnitude though one is listed as being in green light and the other isn\'t specified. It is the brighter so if in red light that would be explained by its strong IR emission and orange color. However in this case we have the HST to our rescue. It took ONE near IR image of this area. I did a quick process of it. It\'s quite interesting. I have no idea what it means so I\'ll just let the image speak for itself.

Dawn prevented me from capturing the second green image but since there were no satellites in it one is sufficient so I never tried for a second. 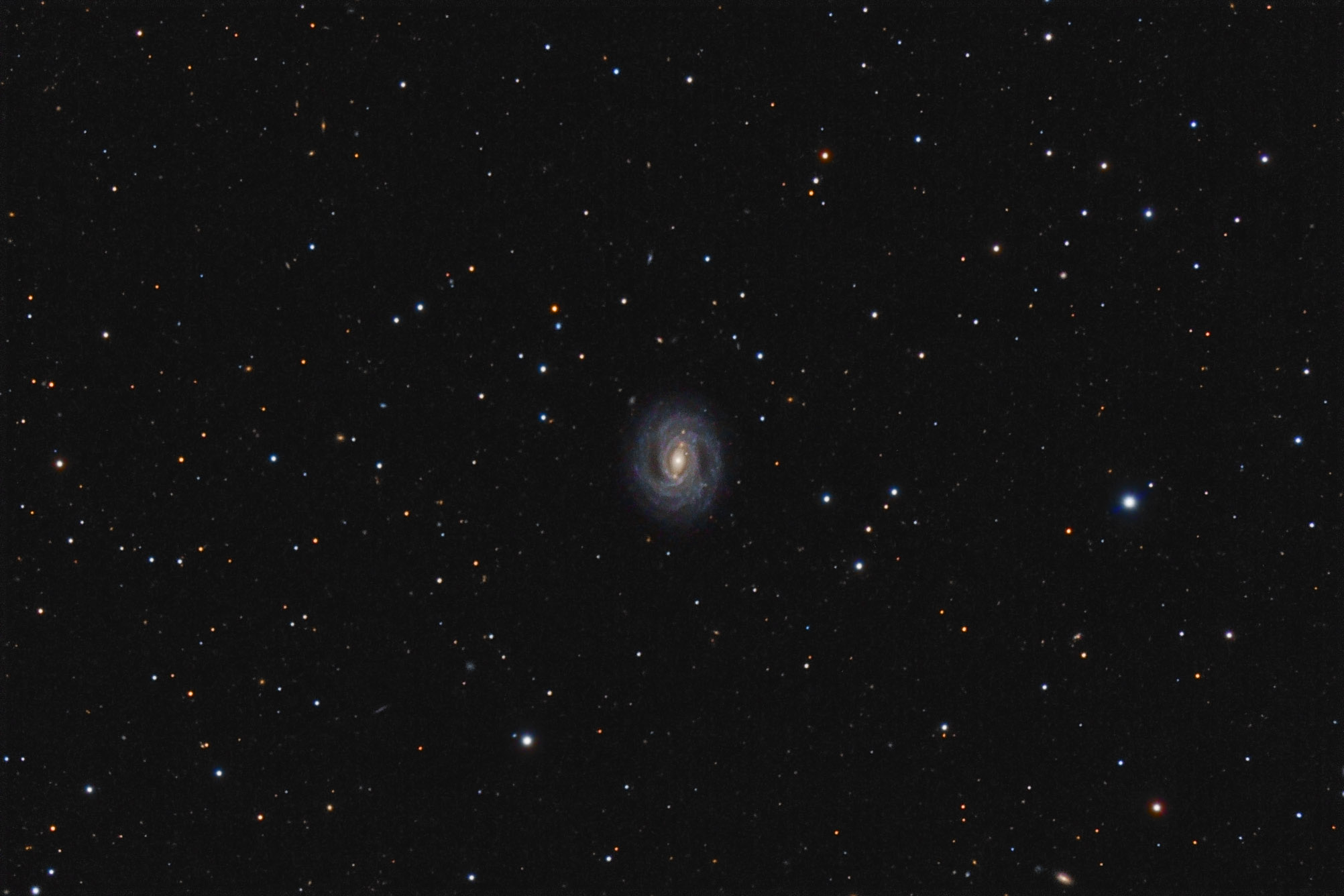 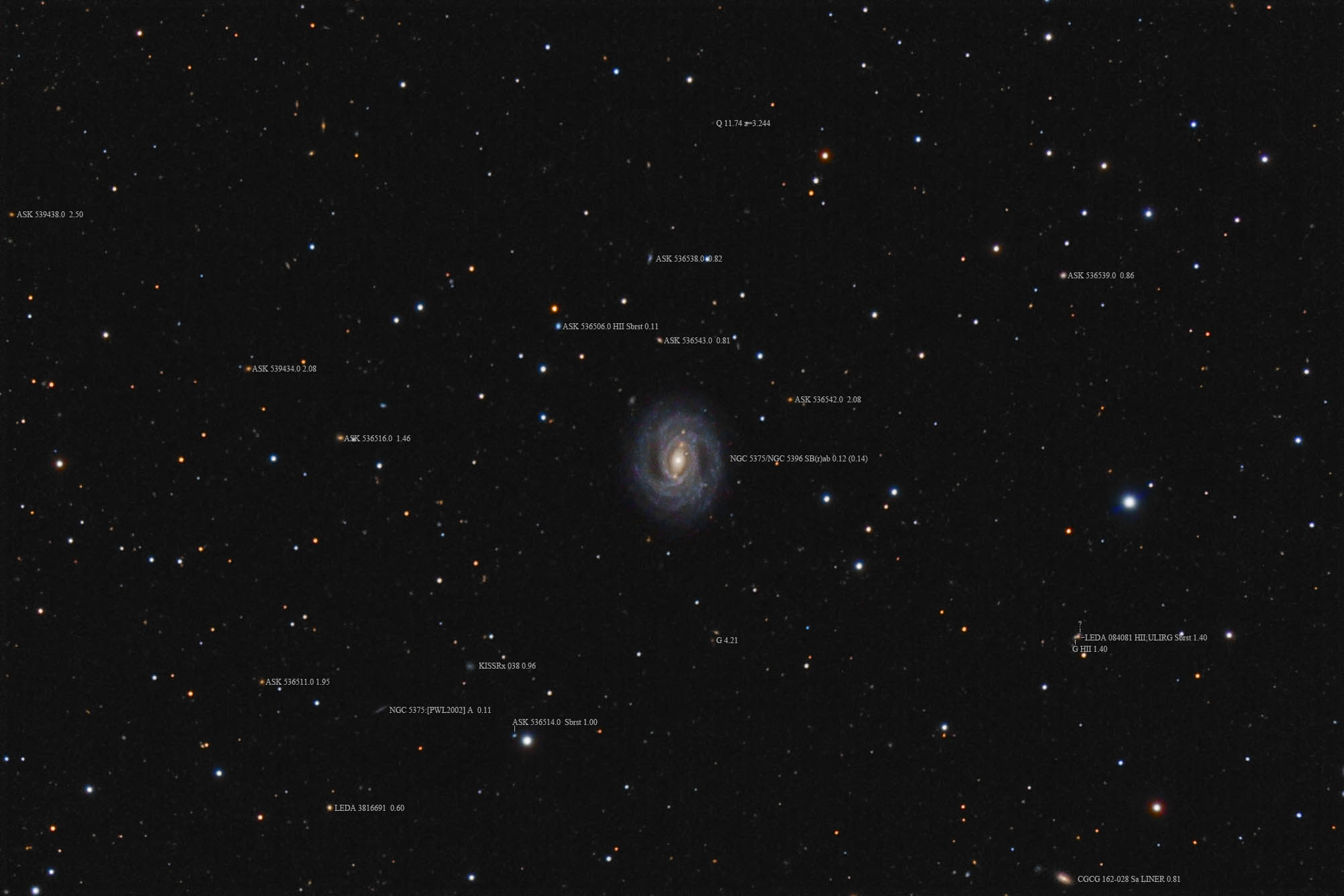 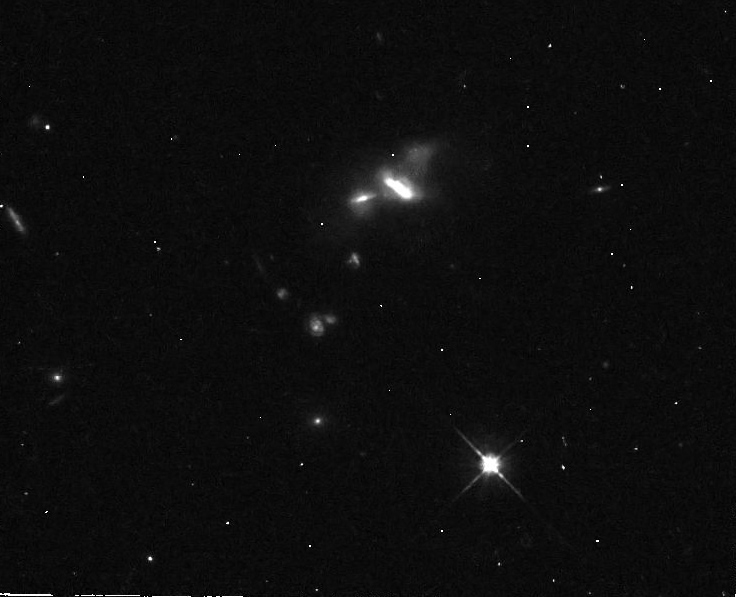