SN 2011ck was discovered by Jack Newton and Tim Puckett May 12, 2011 at magnitude 15.9. I imaged it June 2 and get a magnitude of 16.6. The image was taken on 2011, June, 2.26 If correct it is fading. SN2011by and SN2011dh were quite blue, this one shows a reddish color. Like the one in M51 it is listed as type IIP. The supernova is in NGC 5425, a galaxy about 100 million light years away in Ursa Major. NED classes it as Sd while the NGC project says Sc. These indicate widely spaced arms. While seen rather edge on the arms are hard to detect. I have trouble seeing them as this wide.

NED shows the blue knot at the southeast (lower left) end of the galaxy as a completely separate galaxy with about the same redshift. Again, it is hard to tell if it is a separate galaxy or just a knot in the arm. If the latter then the core of the galaxy is off center. Certainly a possibility but not necessarily the case. NGC 5425 was discovered by Lewis Swift on June 16, 1884.

The field has 3 quasars out to nearly 11 billion light years. Two are very blue even after red shift has greatly reddened their light.

Not having a pre SN image of the galaxy I\'ve attached a Sloan Survey image taken prior to the supernova. 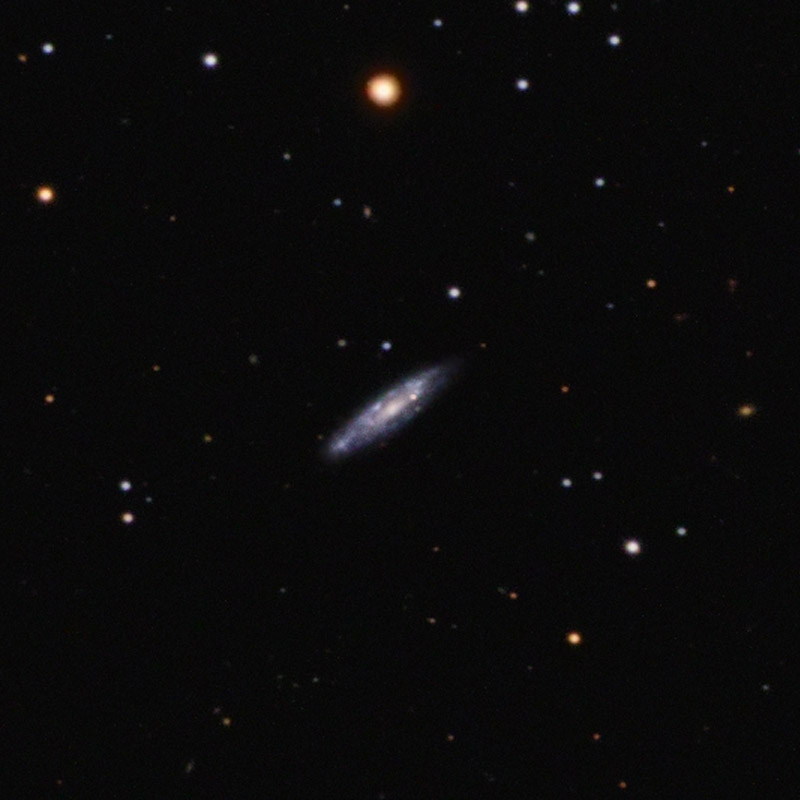 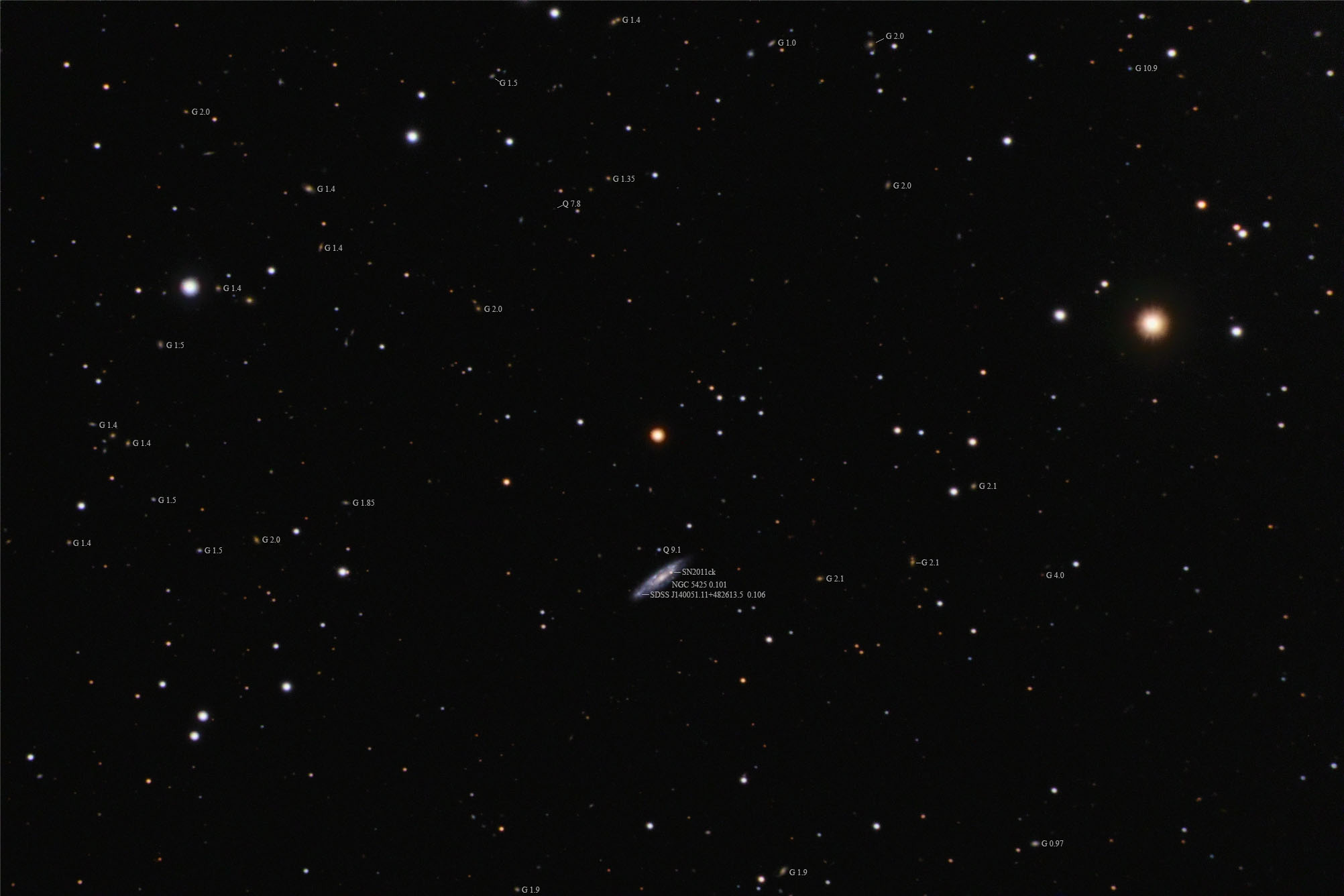 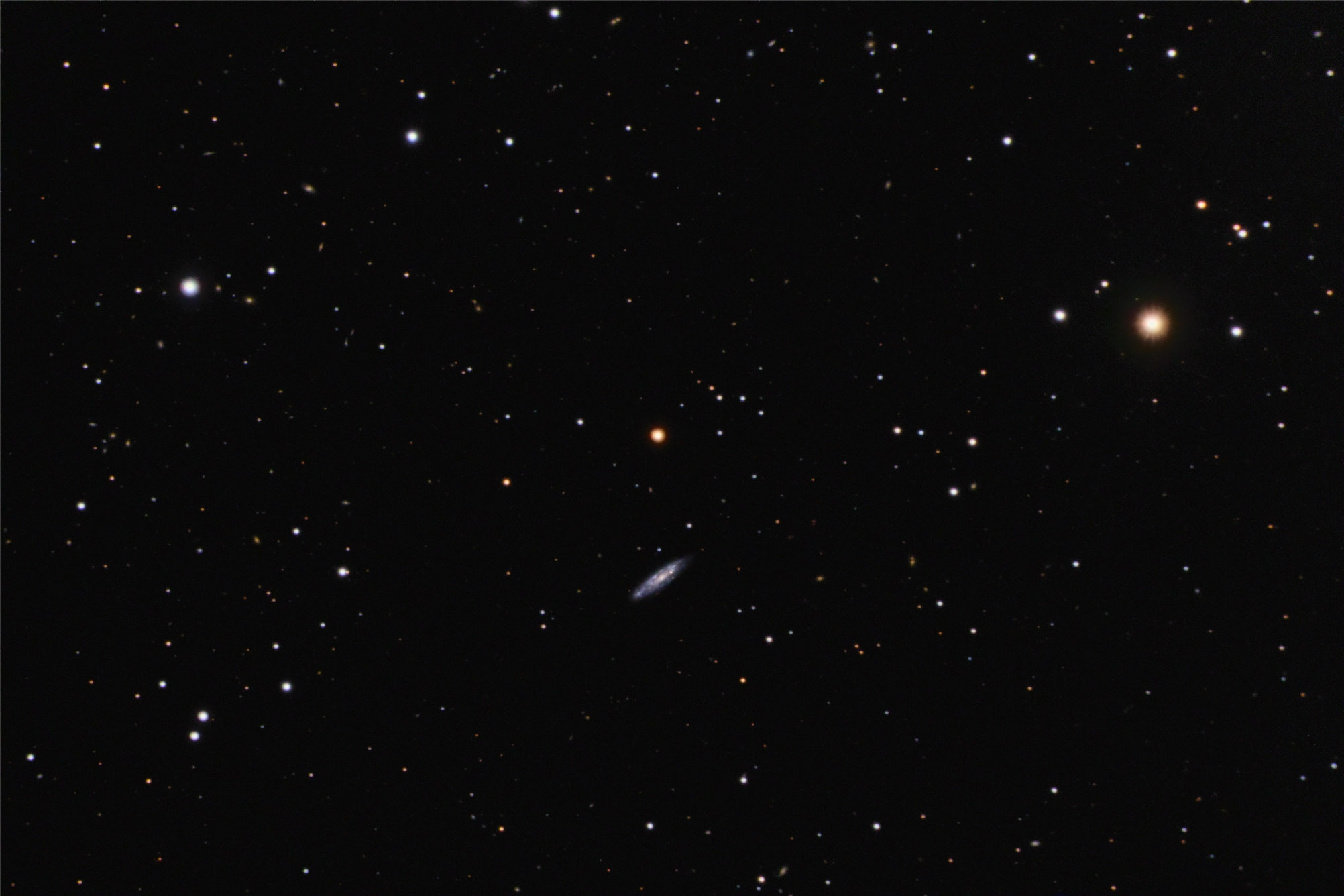 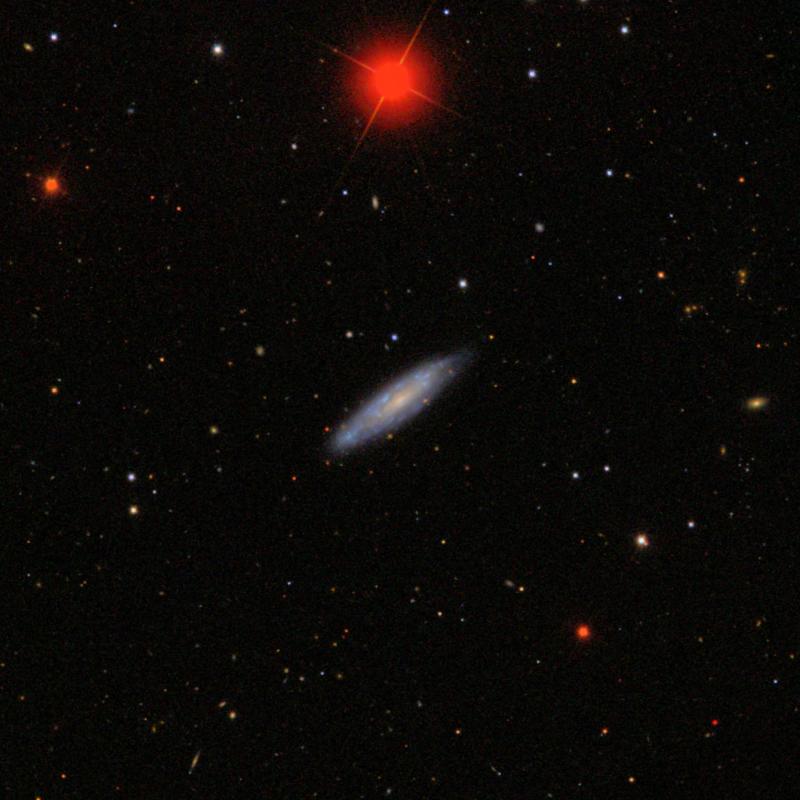