NGC 5485 is a strange galaxy. It shows a nice SA0 shape but then has a totally unexpected red dust band at nearly right angles to the major axis of the galaxy. Some claim it is a polar ring galaxy. http://simbad.u-strasbg.fr/simbad/sim-ref?bibcode=2017A%26A...606A..62T.

It is located less than a degree from M101. Though over 4 times more distant so therefore not a member of the M101 group as some websites say. This field contains 4 NGC galaxies that appear to be part of a local group. Only NGC 5486 has a redshift that doesn\'t fit but the non-redshift distance estimates for all four are a good match. I suspect NGC 5486 just has a different redshift because of its orbit around the center of mass of this group. Quite a few other galaxies in the field also lie at a distance that makes them likely lesser members of the group.

Inside the halo of NGC 5485 to the southeast, there\'s something that to me appears to be a near edge on galaxy seen right through the stars of NGC 5485. Neither NED nor SIMBAD show anything at its position. I expected NED to at least know about it but apparently not.

Just southwest of NGC 5485 is a fuzzy blob of a galaxy. NED lists it as the star SDSS J140706.41+545838.9 but gives a spectroscopic redshift that puts it about 120 million light-years distant. Thus it appears to really be a galaxy and may be a dwarf member of the group. Why NED insists on listing it as a star I don\'t know. SIMBAD doesn\'t list it at all.

NGC 5473 was discovered by William Herschel on April 14, 1789 as was NGC 5484, NGC 5485 and NGC 5486. He was having a very productive night it would seem. NGC 5473 made the original Herschel observing program. My entry for that on May 17, 1985 with my 10\" f/5 on a fair night hurt by high humidity at up to 120x reads: \"Small, slightly oval galaxy with a star-like nucleus. Near a chain of a few field stars.\" Odd I didn\'t mention seeing NGC 5485. It may be a more difficult visual object as it only made it into the Herschel 2 observing program. I found only a very few amateur images of this galaxy. The only amateur images I found of these galaxies was a few wide field shots of M101 that happened to pick them up. I was happy to see the imagers knew they were in the image. How many took the field and didn\'t realize what the small galaxies were? Without searching hundreds of wide field M101 images.

The rest of the field is rather typical of my images. 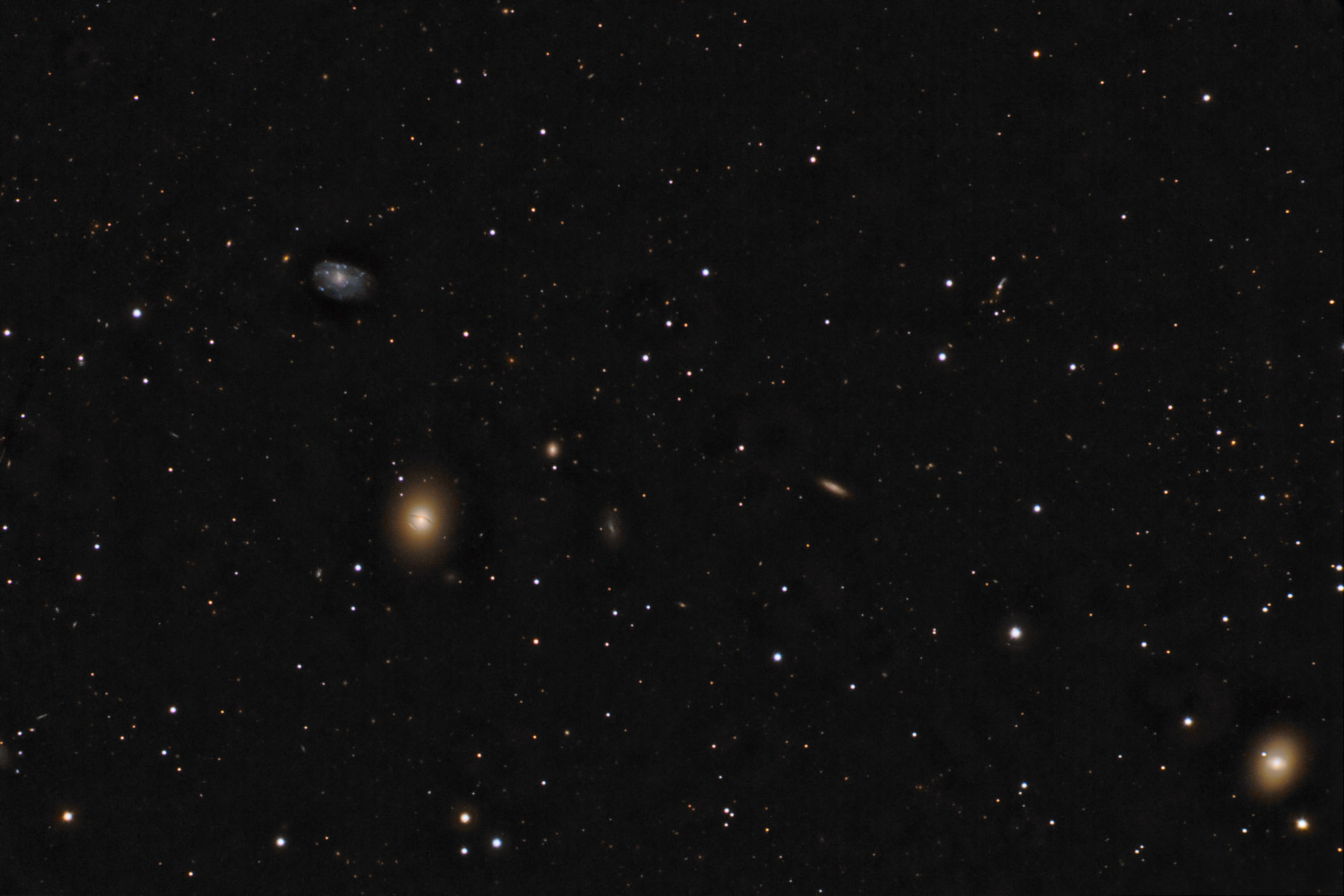 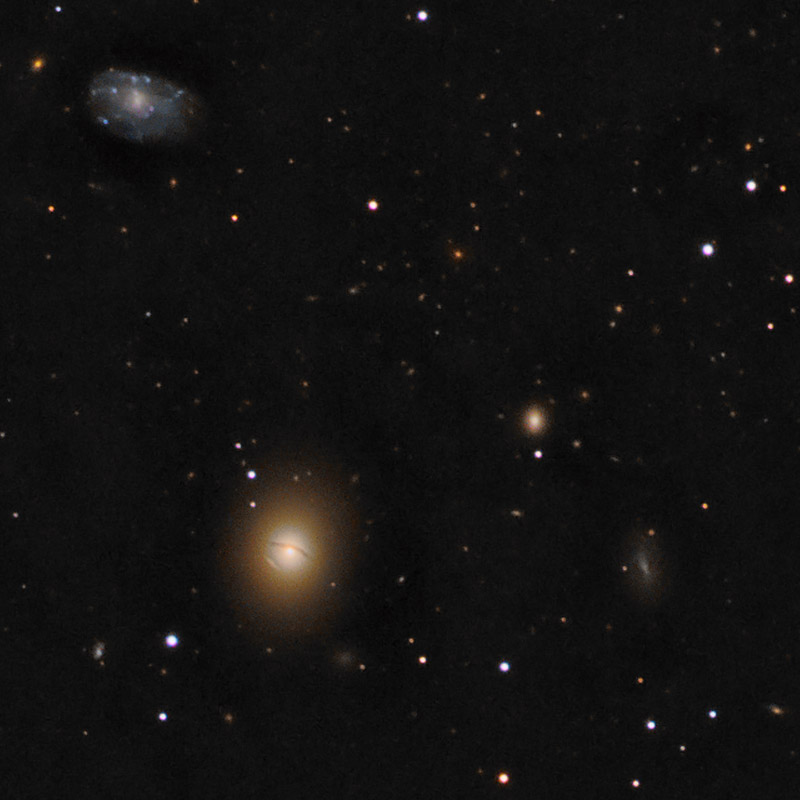 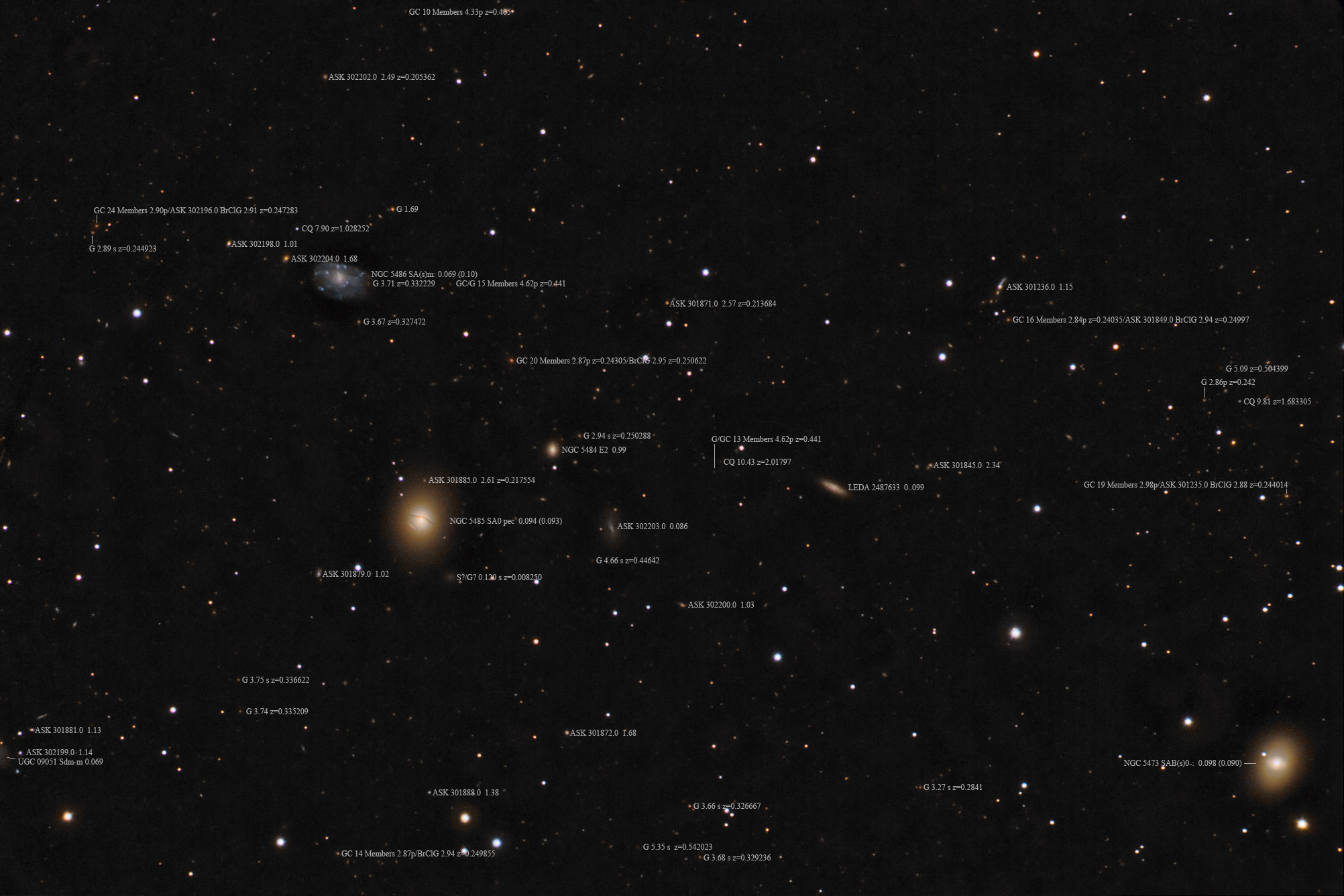