NGC 5514 is a colliding pair of galaxies in Boötes about 350 million light-years away. NED classes NED01 as Sa and NED02 as Sb. The NGC project only classifies the combination which it sees as Sab. I classify them as a mess. NED shows a distance of 330 million light-years for the combined entry for NGC 5519 but 350 million light-years for the individual galaxies that make it up. I\'ve seen this type of discrepancy before. If anyone knows why please let me know and I\'ll pass it on. NGC 5514 would seem to find any of several of Arp\'s categories for plumed galaxies or even that of a spiral galaxy with a high surface brightness companion on an arm. Lots of possibilities here but Arp didn\'t include it yet included several lesser examples for some reason. I didn\'t realize the western plume existed when I planned for this image. It wasn\'t until I went to process it a year later than I realized it was there. I needed a lot more exposure time to pick it up very well. This will have to do for now. It was discovered by Heinrich d\'Arrest on April 26, 1865.

NGC 5519/5570 is to the southeast. It too has a similar redshift putting it about the same distance as NGC 5514\'s components. Its distorted arm may indicate it too tangled with NGC 5514 in the distant past. It would fit Arp\'s category for a spiral with one heavy arm or maybe a one-armed spiral.

Both NED and NGC Project classify it as Sa though it sure looks like it has a bar to me.

I did it again. In the upper right of the image is a faint asteroid trail. Checking the minor planet center I find nothing down past magnitude 23 in this area on the night this was taken, March 28, 2011 at 2 a.m. UT. There are two much brighter ones out of the frame to the north. Apparently, I\'ve missed finding another one by over a year. 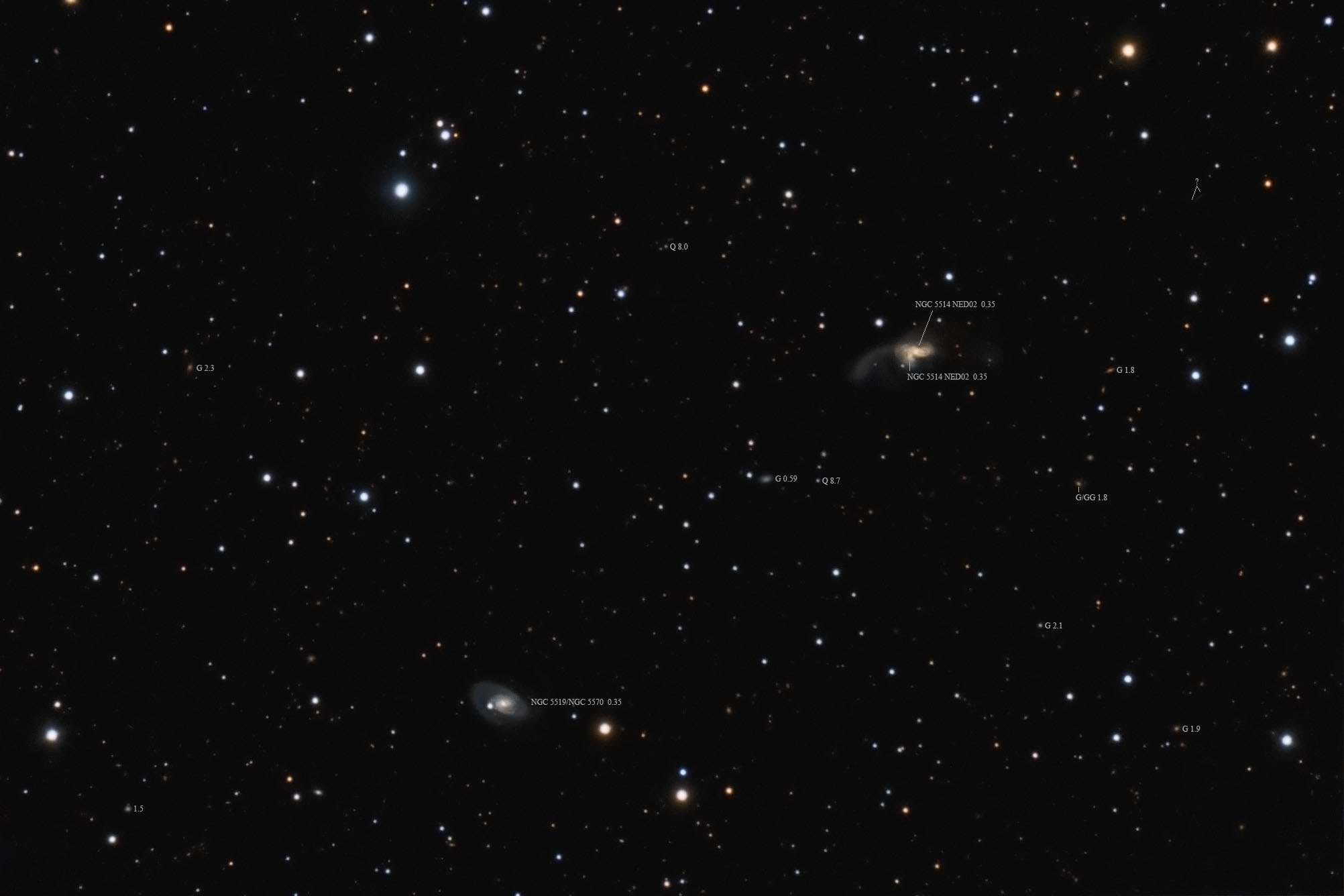 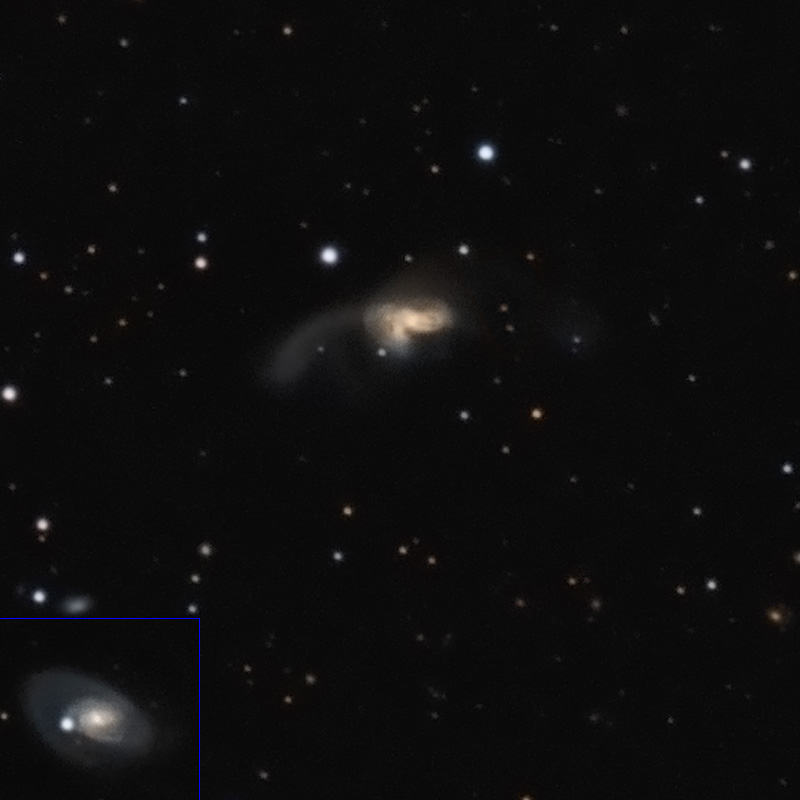