NGC 5591 is a double galaxy in Bootes about 540 million light-years away. The galaxies appear to be making their first encounter. Whether their velocities are such they will merge I\'ve not found. Come back in a 100 million years and we should have a good answer to this. The western component is listed at NED as Sdm pec with a starburst nucleus. In this case, the starburst activity appears related to their interaction. The eastern component is classed as simply Sc. The NGC project takes the approach that this is one strongly disrupted galaxy classed as Sc pec. To me, it is quite obvious these are two galaxies rather than one disrupted one. I doubt they looked anything like what we see today before the encounter began. It was found by Lewis Swift on June 4, 1886.

The other major galaxy in the image is the ordinary NGC 5587 at the top of the image. It is classed as S0/a by both NED and the NGC project. With the faint but obvious dust lanes, I have trouble with the S0 classification. It seems a rather old spiral in which star formation is dying down though the outer parts still show blue stars. It is much closer than NGC 5591 and not at all related to it. Redshift puts it at about 110 million light-years. It was found by William Herschel on April 17, 1784. It\'s not in either H400 program.

The field has little else of interest. The field galaxies are mostly all more than 1 billion light-years distant with some much more distant. The few quasars are also unusually distant. 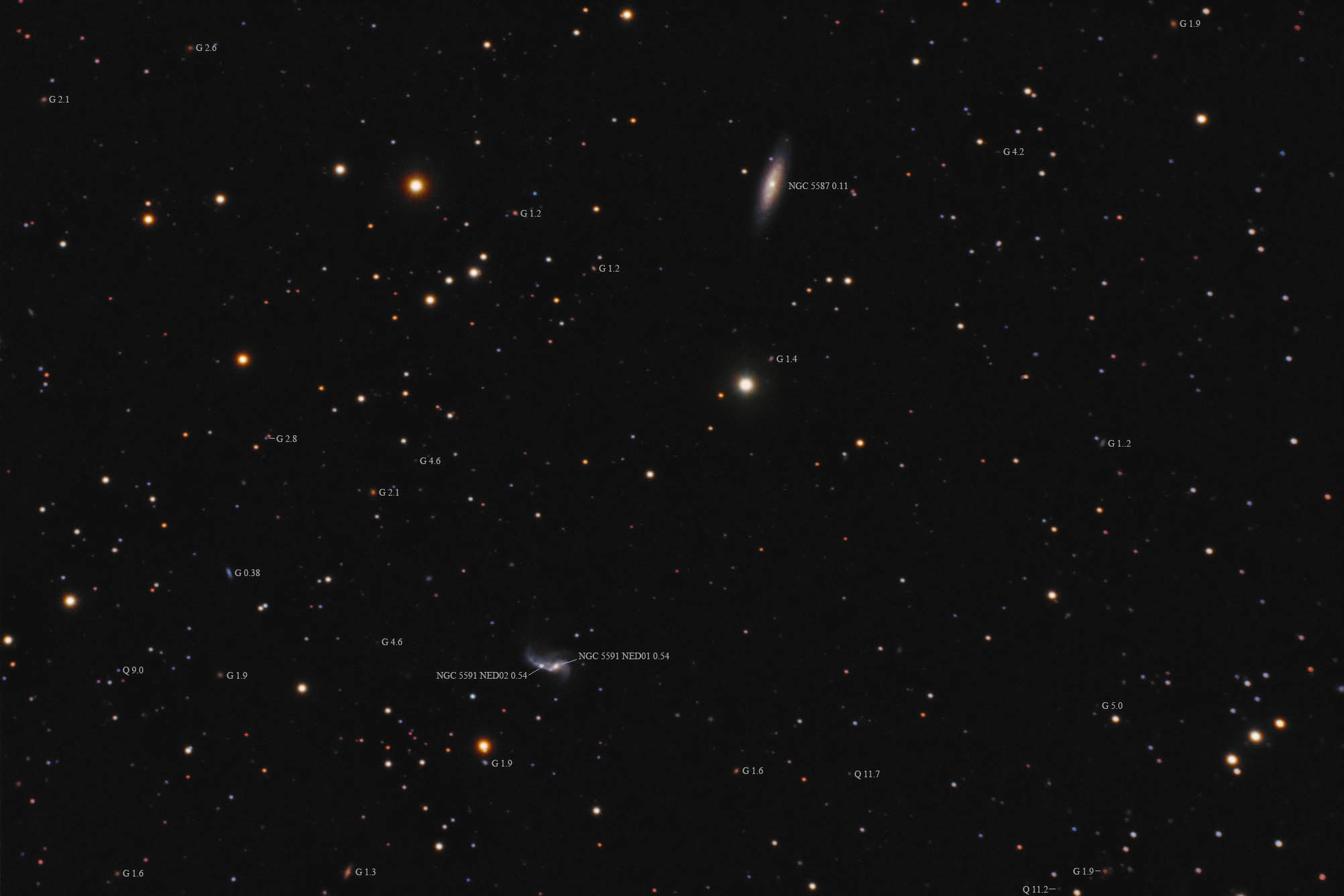 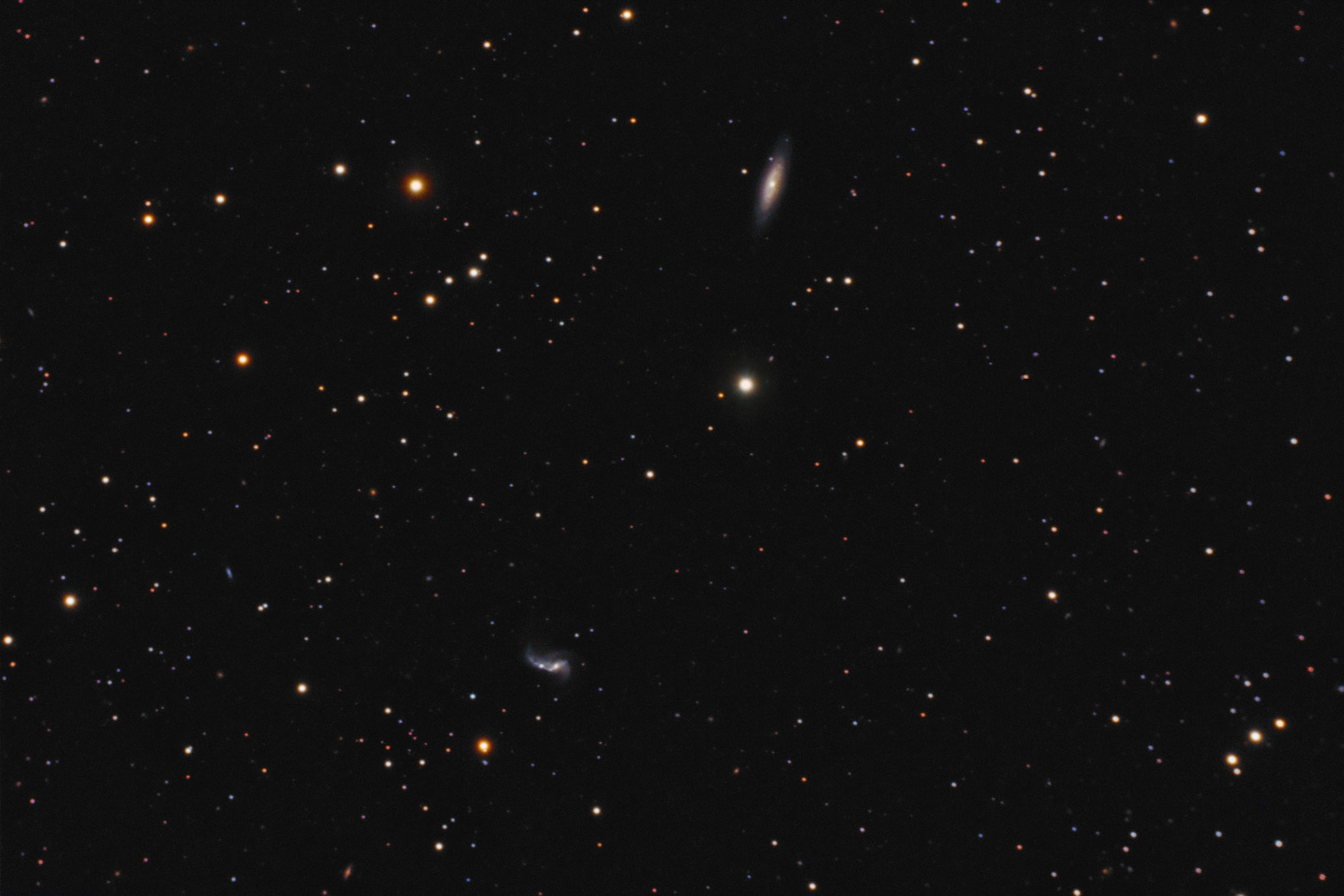 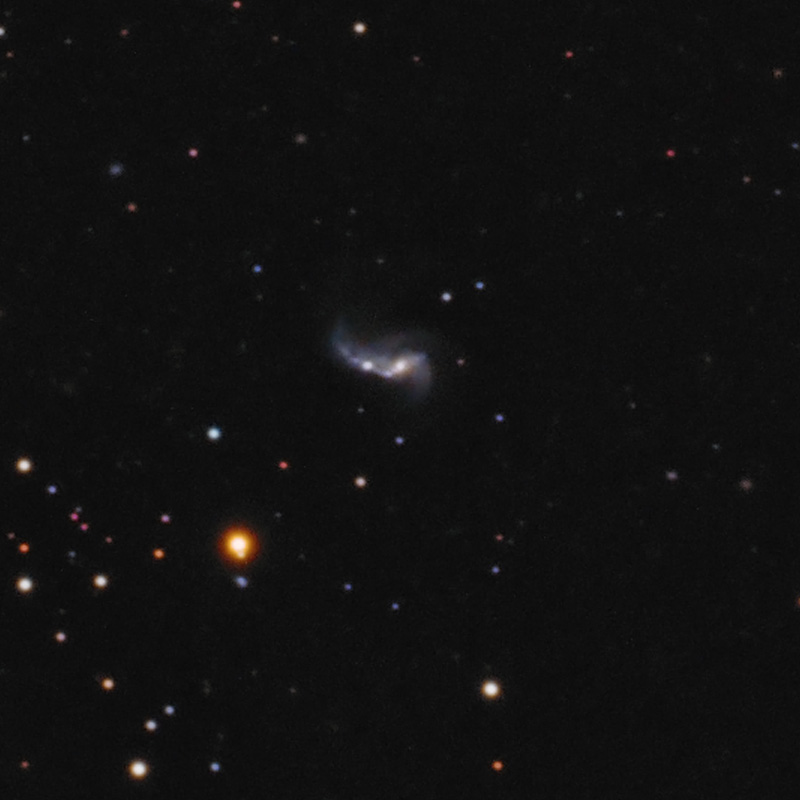