NGC 5600 is a peculiar face on spiral galaxy in southern Bootes. Its distance by redshift is about 120 million light-years. However, there\'s no agreement on its distance by various Tully-Fisher measurements. They range from 110 to 350 million light-years with an average of about 230 million. Why this severe disagreement I was unable to discover. Assuming the redshift distance it is a bit less than 50,000 light-years across. Its structure is very weird. The CGCG says: \"Blue, post-eruptive Sc with one pronounced spiral arm and several blue knots.\" I think I see two arms that sort of merge with one much fainter giving the one arm illusion. The bright blue knot directly west of the core in line with my label in the annotated image is listed by NED as a separate galaxy. But they give it virtually the same redshift as the galaxy making it just a star cloud though I suppose some could argue it is the core of something it is eating and that may account for its odd structure. Its strong blue color argues against this, however. It was discovered by William Herschel on April 17, 1784, and is in the second Herschel 400 observing program.

To the east of NGC 5600 is a faint, somewhat curved blue object. I find no distance data for it and in fact but for catalog entries (GALEX for RV and AGC for radio) I find nothing on it. The curve is partly real and partly an illusion. The latter is due to a star to the southwest on the edge of the object that makes the southern part appear to curve more than it really does. I assume it is a blue irregular galaxy of some sort. The problem comes when I tried to pin down its position. SIMBAD identifies it both under its Sloan positional ID and the radio AGC one giving the same position, 14h 24m 14.881s +14d 39m 11.73s. NED, however, separates the optical and radio positions giving 14h 24m 14.9s +14d 39 17s for the optical GALEX position and 14h 24m 14.8s +14d 38m 58s for the AGC 248933 position. That puts the radio southwest of the visual object by about 24 seconds of arc. However, the error bar for the radio position is 45\" So SIMBAD says the two are the same while NED says they may be the same or different. I went with SIMBAD on the annotated image. I\'d love to know exactly what this object is and why it is a good radio source if it is the radio source.

My notes indicate I had taken this one several years ago. However, I can\'t find the files any place. So I ended up retaking it before it got too far west this year. To do that meant taking it with a half-moon nearby. Something I try to avoid. That also put it further west than my Tpoint map so I had to guide this one. Something I rarely do but it worked out well anyway. It got so low for the color data two of the three color frames were out of alignment with the luminance and red frames. This forced me to break out RegiStar to whip them back into alignment which changed by several pixels across the face of the image. More than I can ever recall happening before but it was a very humid night. Could that cause more dispersion than normal low in the west? Thanks to the moon the image doesn\'t go as deep as normal and color data is noisy and weak for fainter objects. I had to invent a new technique to pull color into these regions. It worked so well I will add it into my normal process flow as it added little time and really works well for faint objects that really need more time than I usually give color data. 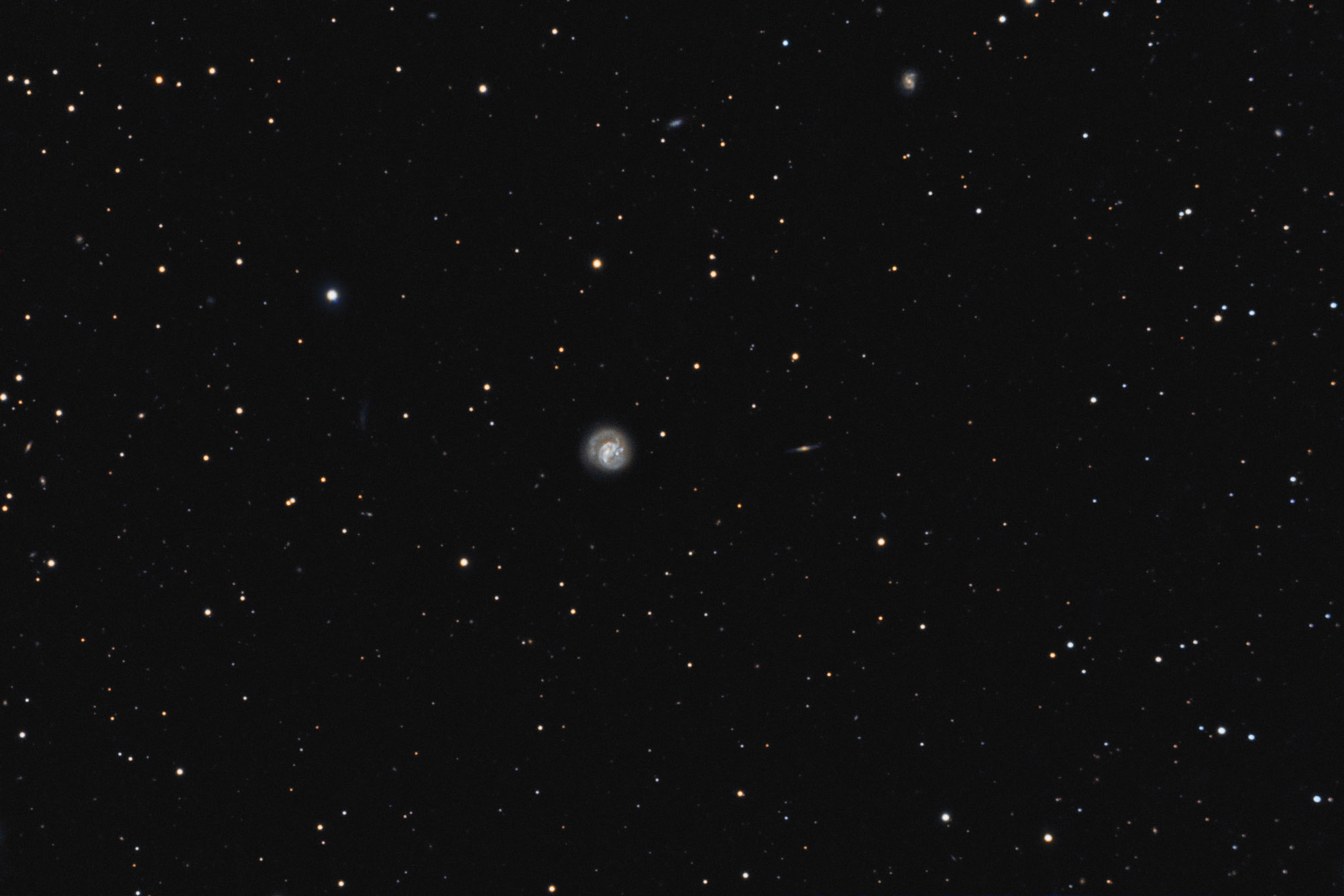 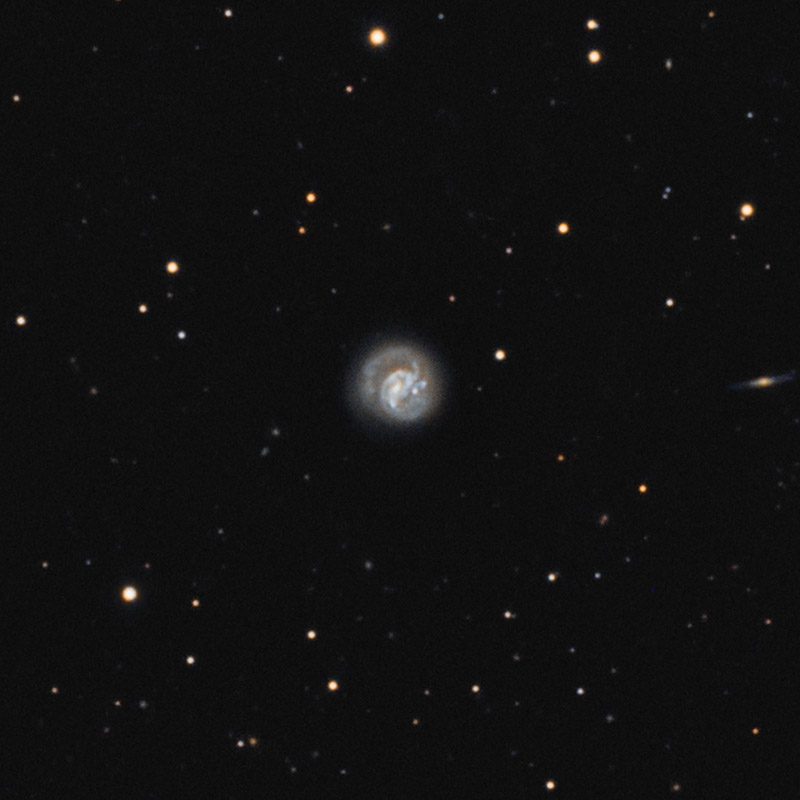 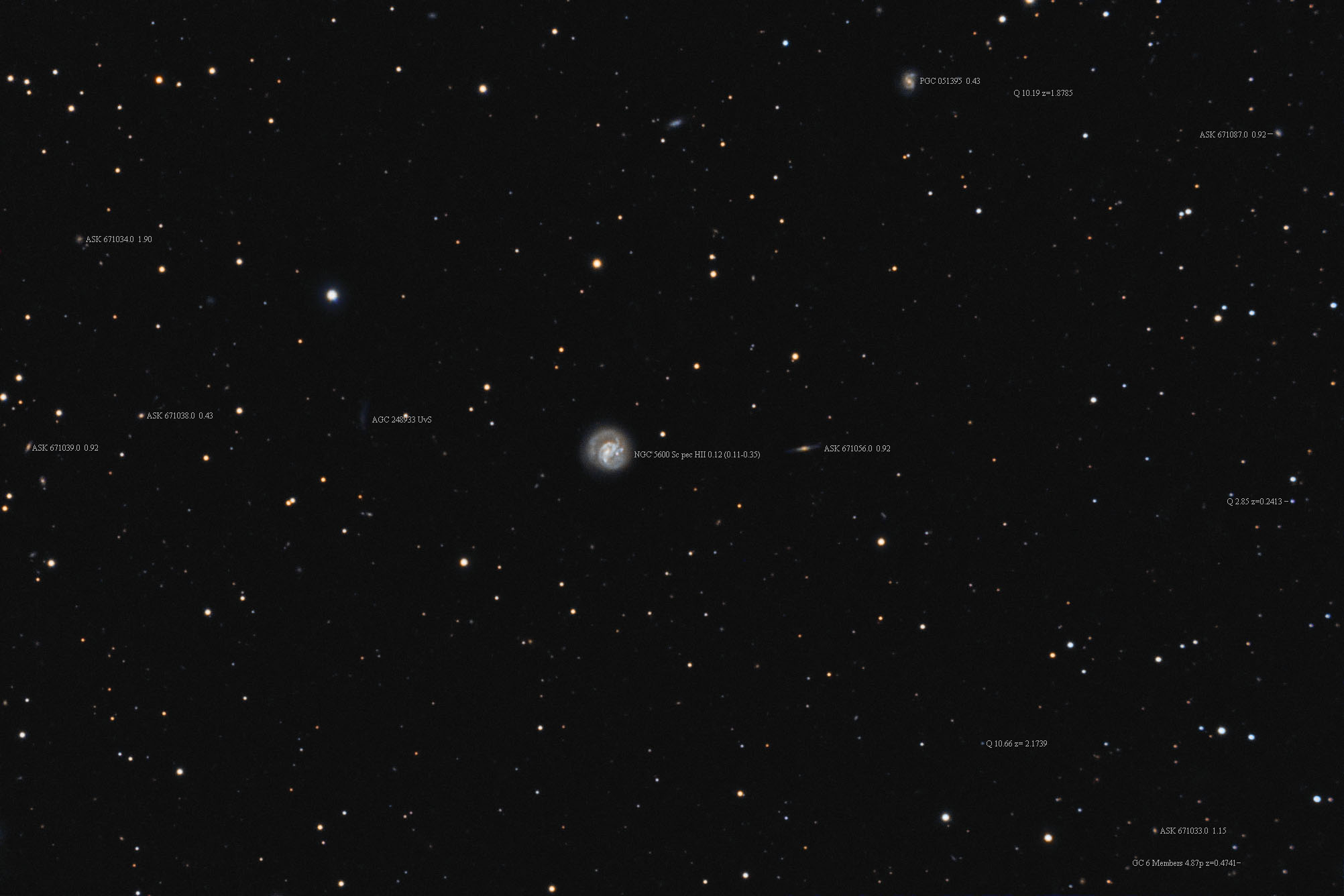