The WBL507 group of 4 galaxies is located in northwestern Virgo almost 400 million light-years from us. Three of the members are obvious; NGC 5919, NGC 5919B and NGC 5919C (NGC 5919 is also known as NGC 5919A). I just don\'t know which of many other galaxies at this distance in the image is the fourth. Other catalogs say the group has 8 members (USGC U625), 10 members (Mr19:[BFW2006] 04483) and 14 for Mr18:[BFW2006] 02293. Seems to be a define your own group field. While well removed from the first three I\'ll just say CGCG 047-055 makes a good choice for the 4th member. At least these 4 show signs of possible interaction. NGC 5619 has an odd inner red arm and a very oval ring of blue arms coming off the bar. Otherwise, it is rather low in surface brightness for such a large galaxy. NGC 5619B and C are narrow line active galactic nuclei galaxies. While not a certain sign of interact this is often the case with such galaxies. NGC 5619C also meets Seyfert 2 spectral specs also another indication of possible prior interaction. I can\'t find much on CGCG 047-055 though it is obviously highly distorted with much of the southern half of the galaxy appearing missing. NGC 5619 is a huge spiral. If the redshift distance is right it is nearly 250,000 light-years across, nearly twice the size of the Milky Way and our galaxy is an unusually big spiral at half that size. NGC 5919B and C are our size at about 115,000 light-years across. They look rather dinky compared to NGC 5619. CGCG 047-055 is \"only\" about 75,000 light-years across though that is about average for a spiral. NGC 5619 was found by John Herschel on April 10, 1828

The field is one that has been studied to find faint emission line galaxies. Most are around 22nd magnitude so very faint. You may need to enlarge the image to see some of the fainter ones. I have to question the redshift values of a couple in the image. One south of NGC 5619 and southwest of the very red M8 star has a redshift that puts it only 28 million light-years away. Yet its size is hardly larger than a very large globular cluster. Toward the left edge of the image near the bottom and just below a bright white star is one with a redshift that puts it 8.56 billion light-years distant. That means it is as bright as many quasars yet doesn\'t appear to be classed as one and certainly its spectrum has been studied to allow them to determine it is an ELG. Or did someone screw up the redshift measurements of these two?

There\'s one asteroid in the upper left quadrant of the image. Several other galaxies about the same redshift as NGC 5619 are seen in the image. Many more are just outside the bounds of my image. 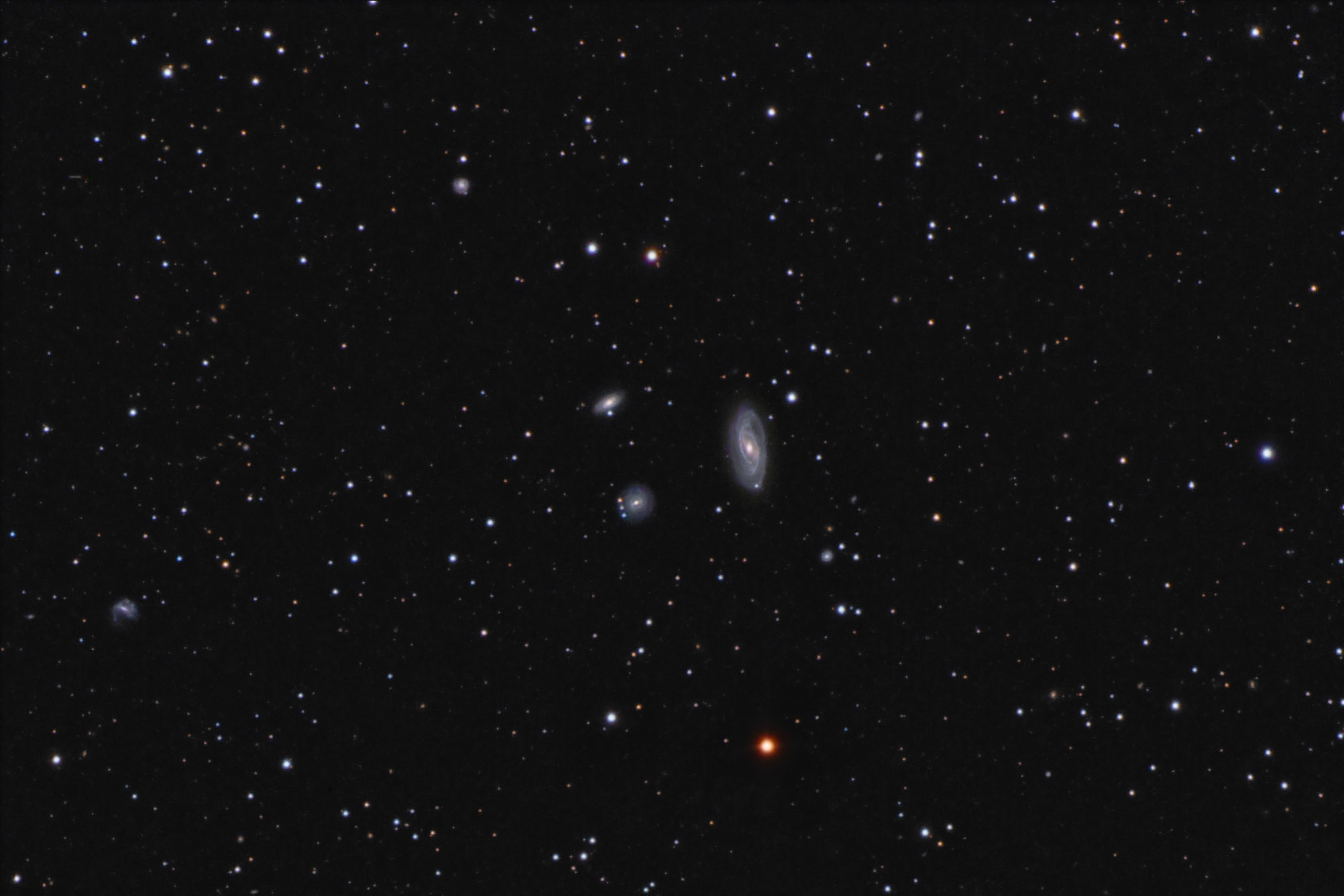 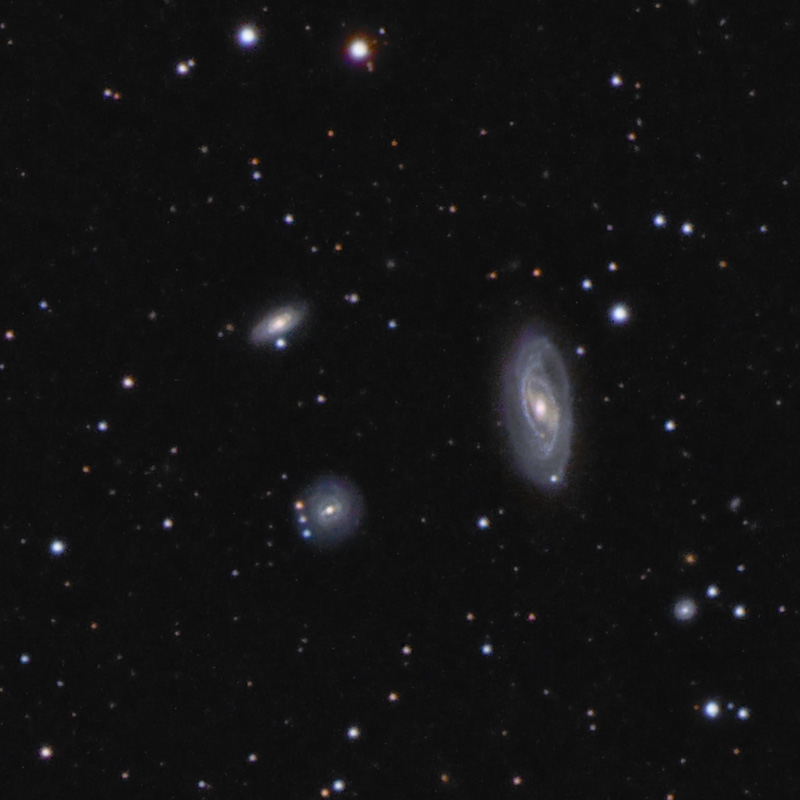