Another issue with NGC 5859 is its status as a barred spiral. I can\'t see any hint of a bar. It appears to me the arms go in right to the core though it is so edge on this may be misleading. One note at NED also disagrees with the barred spiral classification saying they can\'t detect a bar either.

There are two other galaxies in the image at about the distance of NGC 5857. They are much smaller and while blue are of lower surface brightness as well. The only carry Sloan positions and ASK numbers for their catalog entries.

Many other interesting galaxies are in the field, most I wanted to know about had no redshift data, unfortunately. For some reason, I took one more blue frame than normal. I must have thought one of the first two was not usable but all three were of similar quality and similar to the other colors as well. Might be I just hit the wrong key. 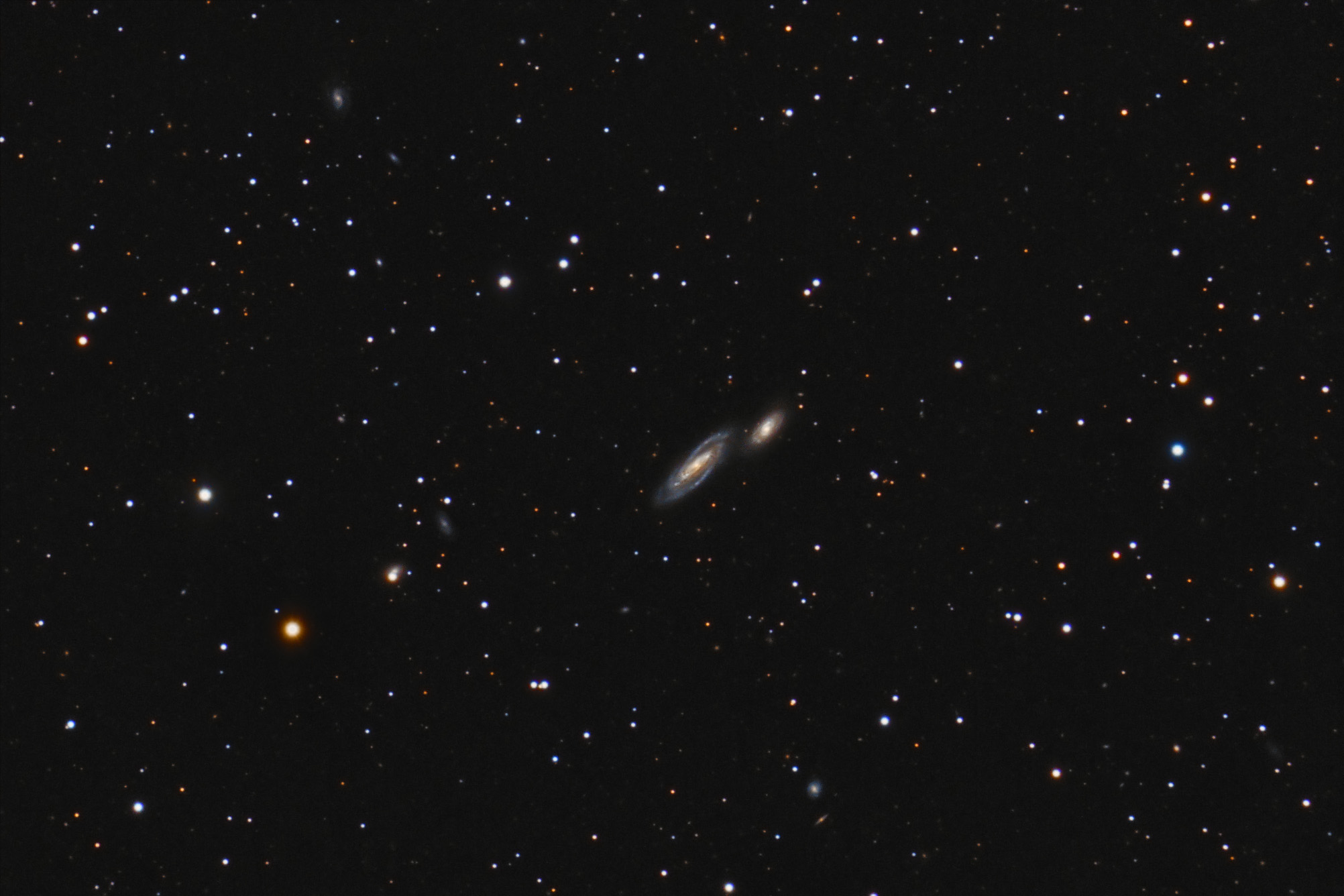 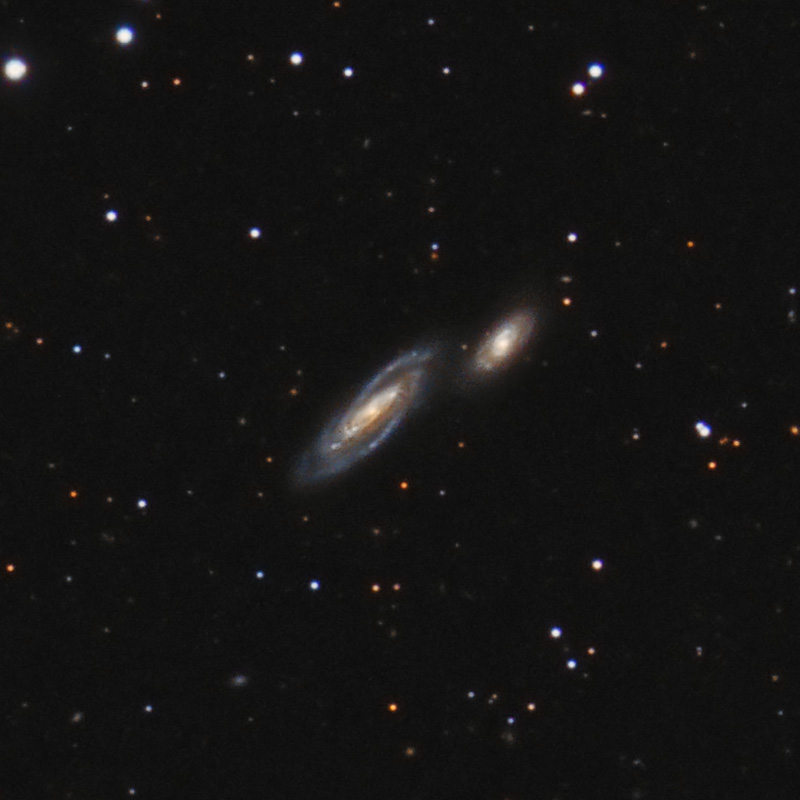 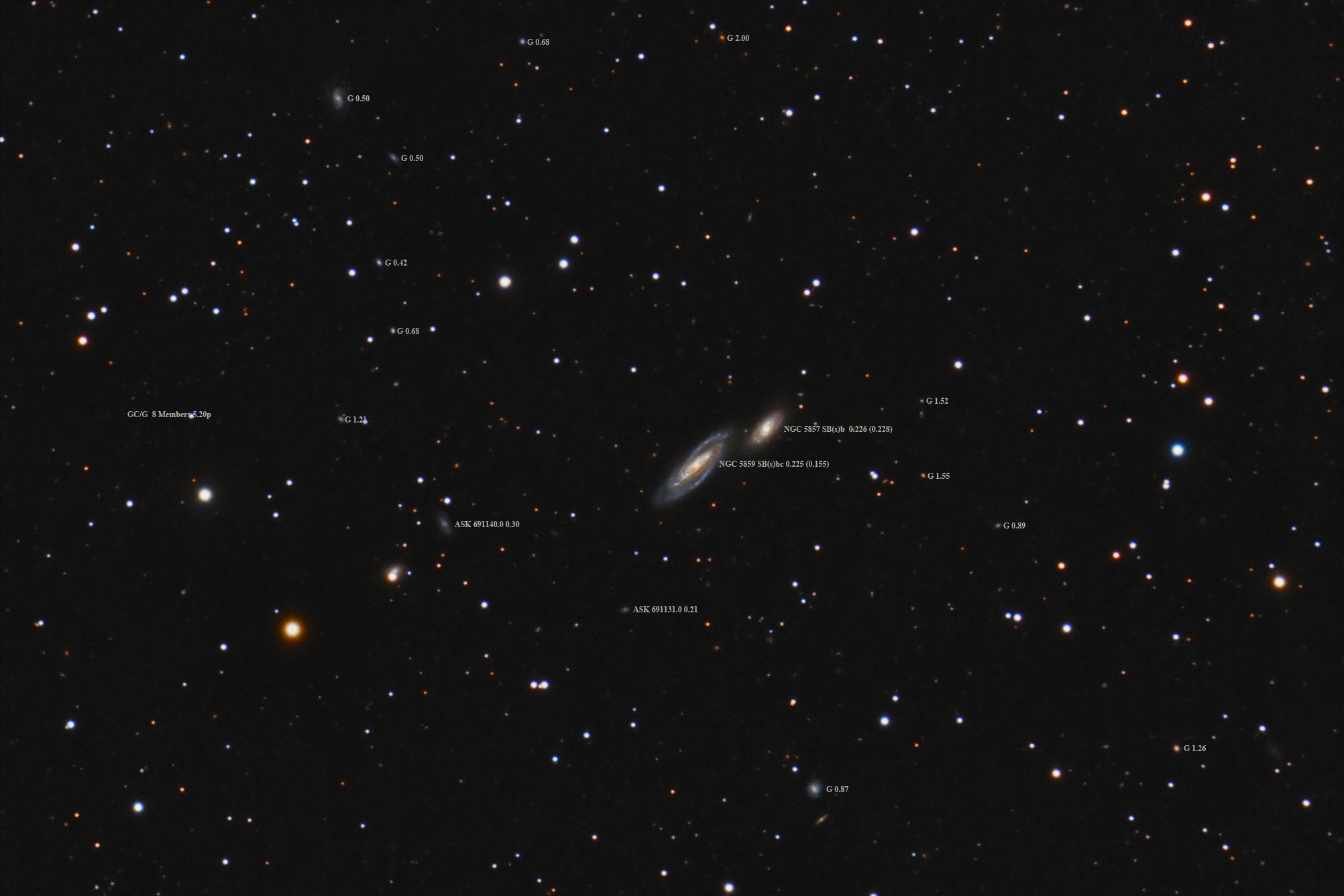