NGC 5879 is a somewhat edge on spiral galaxy in Draco only a bit over a degree northwest of the far better known NGC 5907 a really edge-on flat galaxy. Redshift puts it about 39 million light-years distant but Tully-Fisher measurements say it is further at about 53 million light-years. I took this on a very poor night for seeing though transparency was good. My resolution, as well as that of others, would indicate it is at least 53 million light-years distant so I\'ll go with that. That makes it about 75,000 light-years across. It was discovered by William Herschel on May 5, 1788 and is in the second Herschel 400 observing list. The main reason I put it on my to-do list.

NED shows many very faint and distant galaxies in the background. I have annotated those that survived my bad seeing. A couple quasars carry unfamiliar descriptions I\'ve not seen before. One is listed as FSRQ which stands for Flat Spectrum Radio Quasar. This is unusual for a quasar. Even more unusual is another quasar which is listed as RQQ which means Radio Quiet Quasar. Quasars are usually very strong at radio frequencies. For one to be unusually quiet is rare. Note these aren\'t totally radio silent just a lot quieter than normal. As usual UvES objects are quasar candidates with only photographic redshifts which can be misleading when certain types of stars in our galaxy mimic their photographic spectra. But near the top of my image is a UvES object listed as being a galaxy by some and a Broad Line AGN by others. Since quasars are normally BLAGNs and this one has a spectroscopic rather than photographic redshift I was surprised it wasn\'t listed as a quasar. To its southwest was a quasar, at least NED says it is, that only had a photographic redshift. These are usually listed as candidate quasars, not full-blown ones. Taking the conservative approach I labeled it CQ rather than Q. 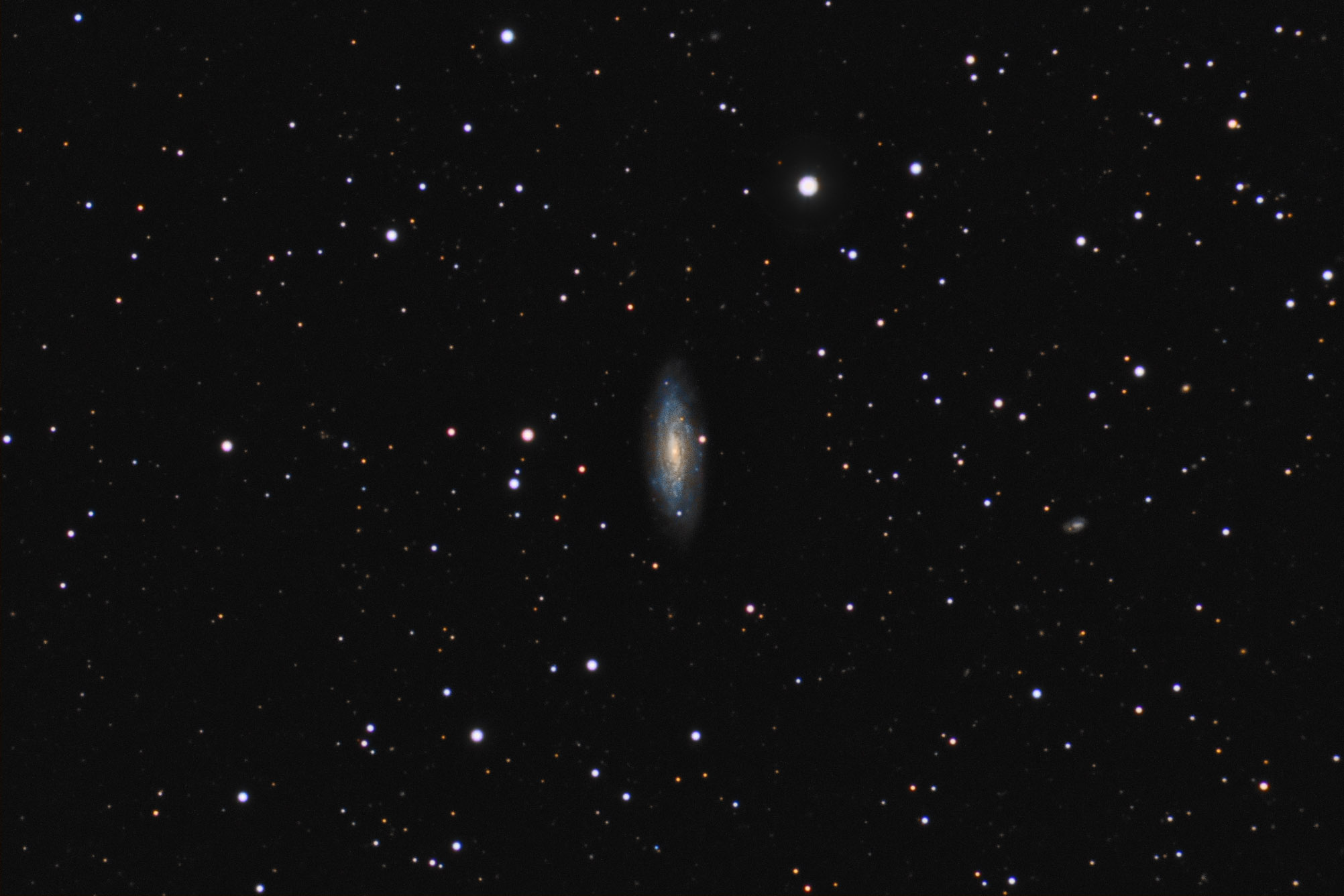 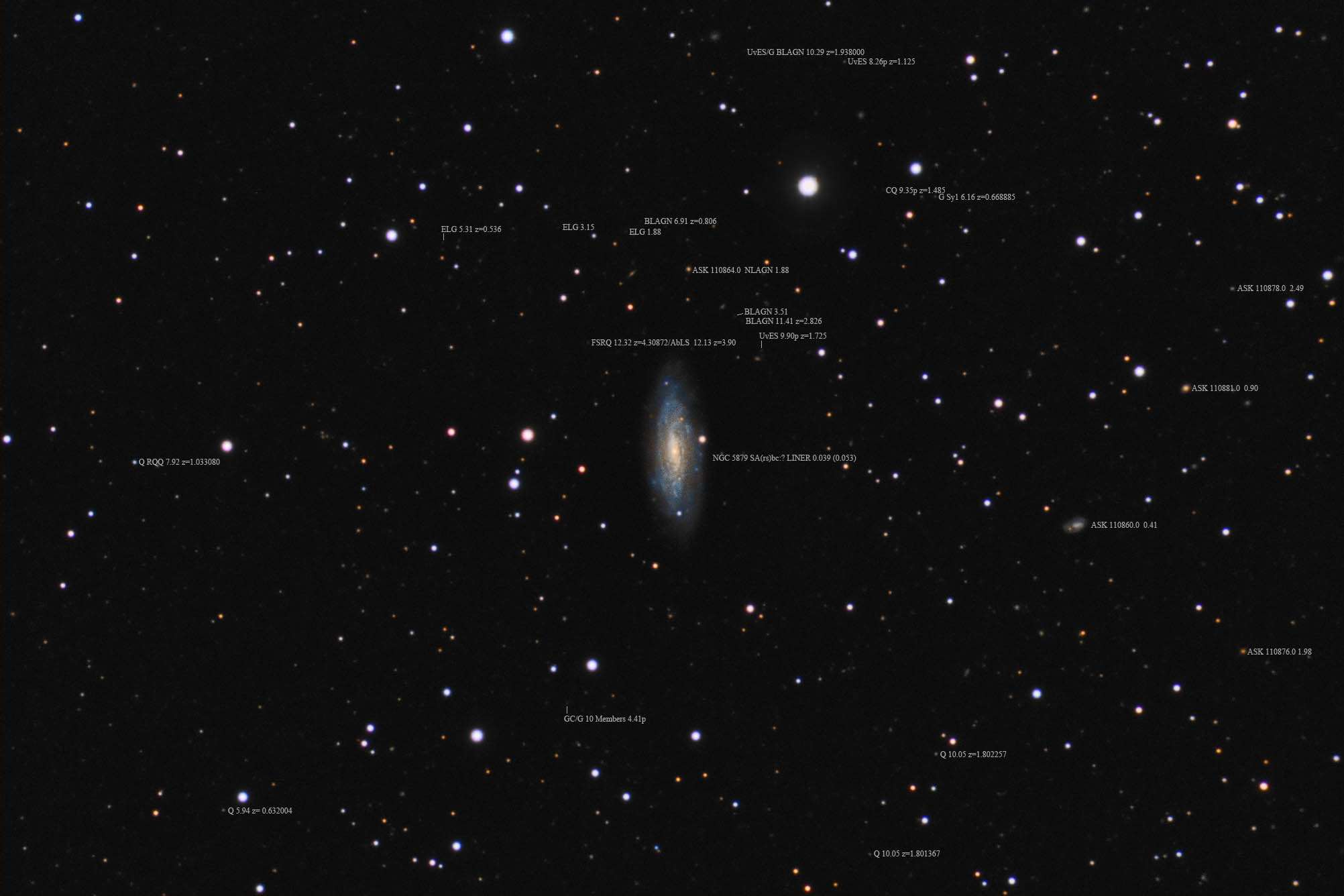