Usually called the Splinter Galaxy, it is located in southwestern Draco. While many NGC galaxies carry two NGC designations those refer to the entire galaxy. That isn\'t the original situation here. It seems William Herschel found the bright eastern side on May 5, 1788. I say that as his coordinates point to that side of the object. Later on April 13, 1850 George Stoney using Lord Rosse\'s 72\" reflector saw the western half. Dreyer gave the eastern side Herschel found the NGC 5907 number and the western side NGC 5906 to keep them in right ascension order. Today most consider NGC 5907 the identity of the entire galaxy though that wasn\'t the case in Herschel\'s time. For instance, NED gives both the NGC 5706 and 5707 number to the galaxy while Seligman notes the distinction but adds most treat it the way NED does. The western side is very blue while the eastern side is much brighter and somewhat red in color. Nearly all the detail is in the western half, below the dust lane. I find many different distances for this galaxy. For now, I\'ll say it is 40 or so million light-years away though red shift puts it closer, that is often less accurate than other distance estimate methods.

This is a very early image of mine from 2007 when I was working in ignorance. I severely underexposed it. Too bad as a year later it was announced the galaxy has a huge, very faint tidal stream that circles around it. I doubt even my standard exposure used today would pick it up but at least I\'d have a better image to display.

If you haven\'t seen the tidal stream it can be seen here https://apod.nasa.gov/apod/ap080619.html among other locations. A search for the galaxy on most any search engines will turn up more on this feature.

NED classifies the entire galaxy as SA(s)c: sp HII: Seligman\'s simpler system says Sc?. I\'d love to know what this looks like face-on. It appears to me that the eastern blue arms are warped below the bright red disk of the galaxy since we can\'t see but the western side.

As this one was done before I began researching the field of my images I don\'t have my usual coverage of this one. When I find the time, and maybe retake a better version, this will suffice. At the time I didn\'t know how to remove satellite trails so a polar orbiting something made the streak on the right side. 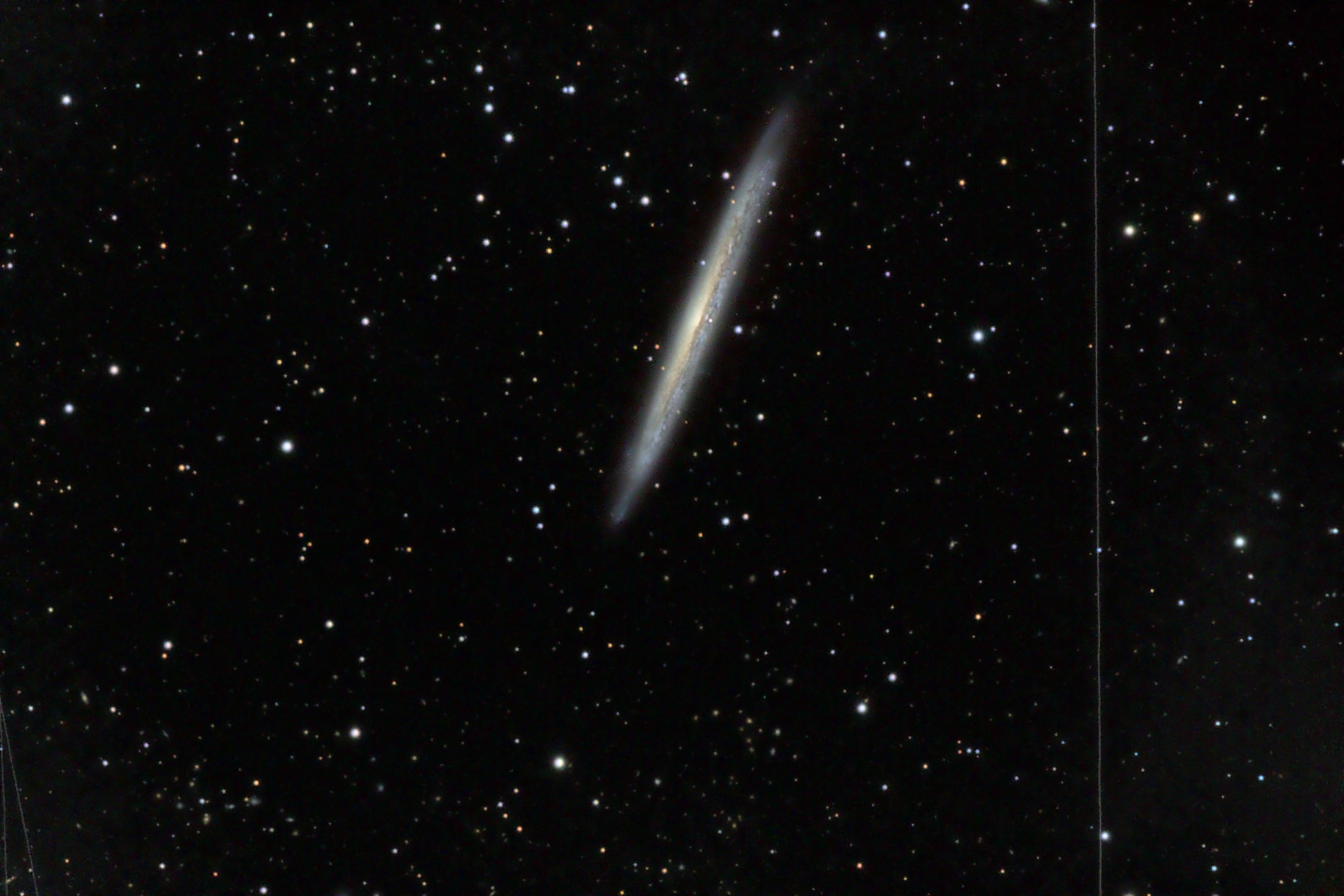