USGC S244 is a trio of interacting galaxies in central Libra about 110 million light-years distant by redshift measurement. The trio is composed of NGC 5915, NGC 5916 and NGC 5916A. All three appear significantly distorted by tidal interactions. I wish we could see a time lapse movie of the last few billion years to see how these three have tangled over that great time. While they all carry rather ordinary classifications, one note says of NGC 5915, it lies outside the classification system but then goes on to classify it anyway. NED\'s classification is SB(s)ab pec.

Of the three, NGC 5915 seems the most strange and has massive star formation occurring as shown by the mass of star knots near and around its core. Most blend, due to my poor seeing this low in the sky, into a mass that looks somewhat like a bar though those around the edges do resolve. The galaxy is listed as having a strong HII emission from all parts but is strongest from the lower arm. Unfortunately at a redshift of z=0.007 it lies outside the pass band of my H alpha filter so I can\'t pick it up. I think the orange object right where the southern arm meets the bar is just a field star in our galaxy though in the Sloan image it comes out green for some reason. An orange star normally wouldn\'t do that so it may be a real feature of the galaxy. It isn\'t a large galaxy with a size of only about 40,000 light-years. However if you look really close you will see a faint plume to the north that if included brings it to about 51,000 light-years.

To the south NGC 5916 is somewhat more normal looking if you ignore the large plumes. NED classifies it as SB(rs)a pec In this case the galaxy is turning quite red but for these plumes indicating star formation pretty much ceased over a billion years ago. The arm on the eastern side of the core has a field star in it that, while it looks like it is part of the galaxy is actually just a star in our galaxy. Thanks to its large plumes it is some 100,000 light-years in diameter. Though I suspect prior to the interaction it was about the same size as NGC 5915.

Both were discovered by John Herschel on the night of June 5, 1836.

NGC 5916A is a somewhat more normal looking galaxy but still classified as peculiar. It is considered an SB(s)c pec galaxy though I can\'t see enough of its arm structure to see how that was obtained. When I went to image this trio The Sky Pro 6\'s database listed both it and NGC 5916 as NGC 5916, no \"A\" used. So it seemed to say both were the same. Though when I told the scope to slew to 5916 it went to the right one and it also went to the right one when I entered 5916A. Just that its on screen identification of them is messed up. Internally it knows which is which. I found this very confusing when I went to add it to my to-do file.

Being low in the sky and approaching the Zone of Avoidance this field is very poorly studied as to galaxies. Only one other galaxy had redshift data. Normally I\'d not have bothered with an annotated image for such a poorly studied field but it did contain three faint asteroid trails that likely couldn\'t be found unless I did point them out. Thus I made a very sparse annotated image. The fourth galaxy is 12 times more distant and thus not related to the three that make up USGC S244. Many others are seen faintly in the image. Only a half dozen were even listed at NED, all without even a magnitude let alone any distance data. I didn\'t bother noting them as they are listed only by coordinates.

Being so low in the sky this is one difficult area for me to image. The horrid conditions I\'ve had for many months now made things even worse. While this was taken the best night I had this spring it still was a poor night. A lot of detail both faint and fine was lost to poor seeing and transparency. The poor conditions meant that out of the 10 asteroids in the field only three were bright enough for me to pick up. On a good night all should have been within range. This was a field for confusion as to asteroids as well. One I do very faintly show though it may not show in the annotated image unless you enhance the heck out of it, is (431687) 2008 DZ34. The minor planet center listed it twice, once with the 431687 number and once without. Without it had a note that reobservation of it in late May through June was desired. The entry with the number had no such note. It is lost in my neighbor\'s trees at that time and almost at the horizon so I won\'t be helping them out.

Besides lousy conditions the sky suddenly cleared with just time to grab this field before it vanished into my Meridian Tree. I had no time to properly cool the scope. It had been raining earlier so I couldn\'t open to cool in case it cleared. This is why the stars are particularly wonky looking. Hot air trapped along the top of the SCT tube creates flat sided stars. This low I have only a small window between trees I can\'t cut down due to lakeshore regulations so I put up with wonky stars from time to time when its the only chance to get the object. 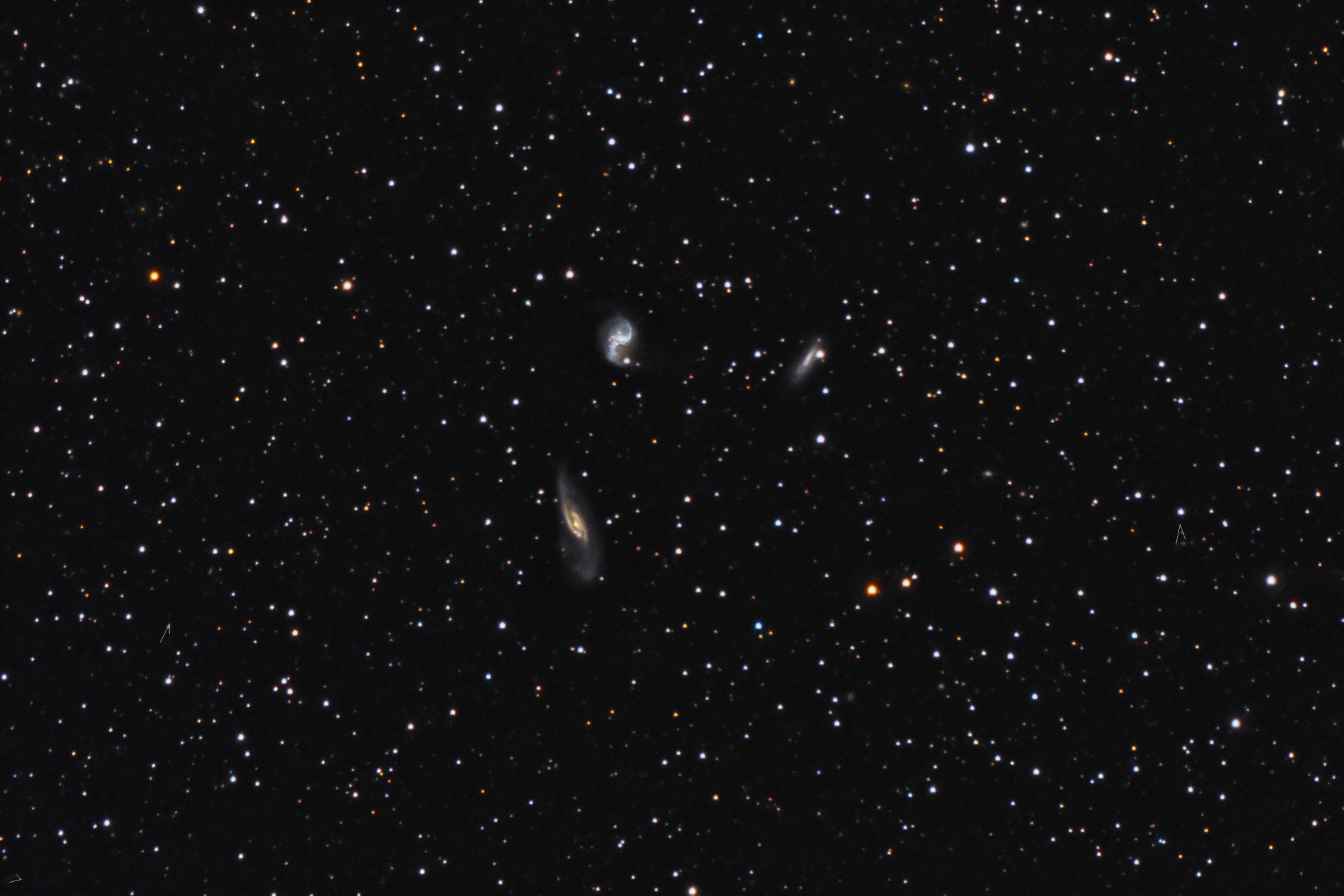 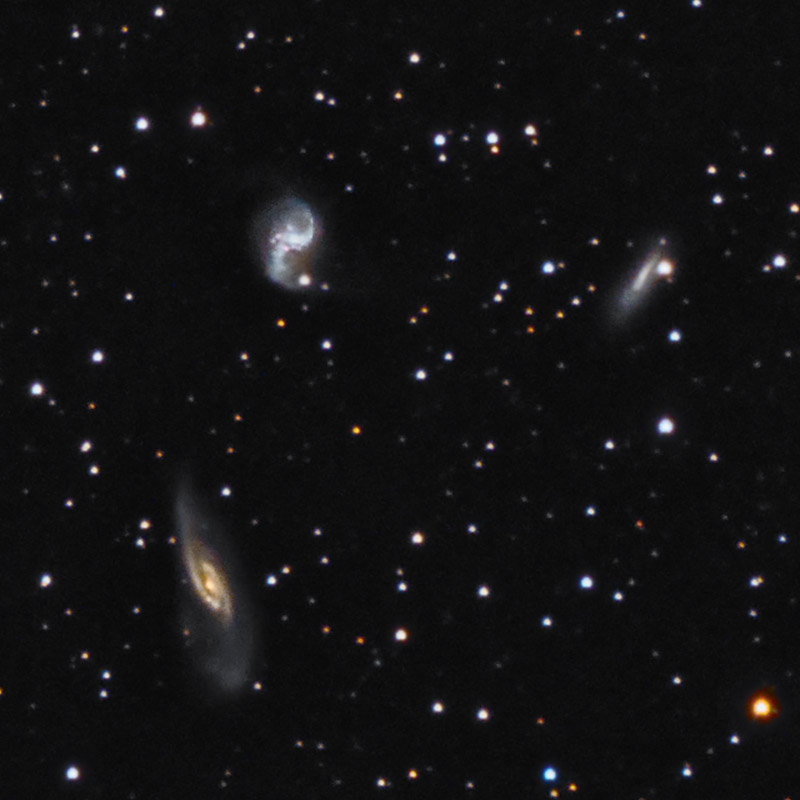 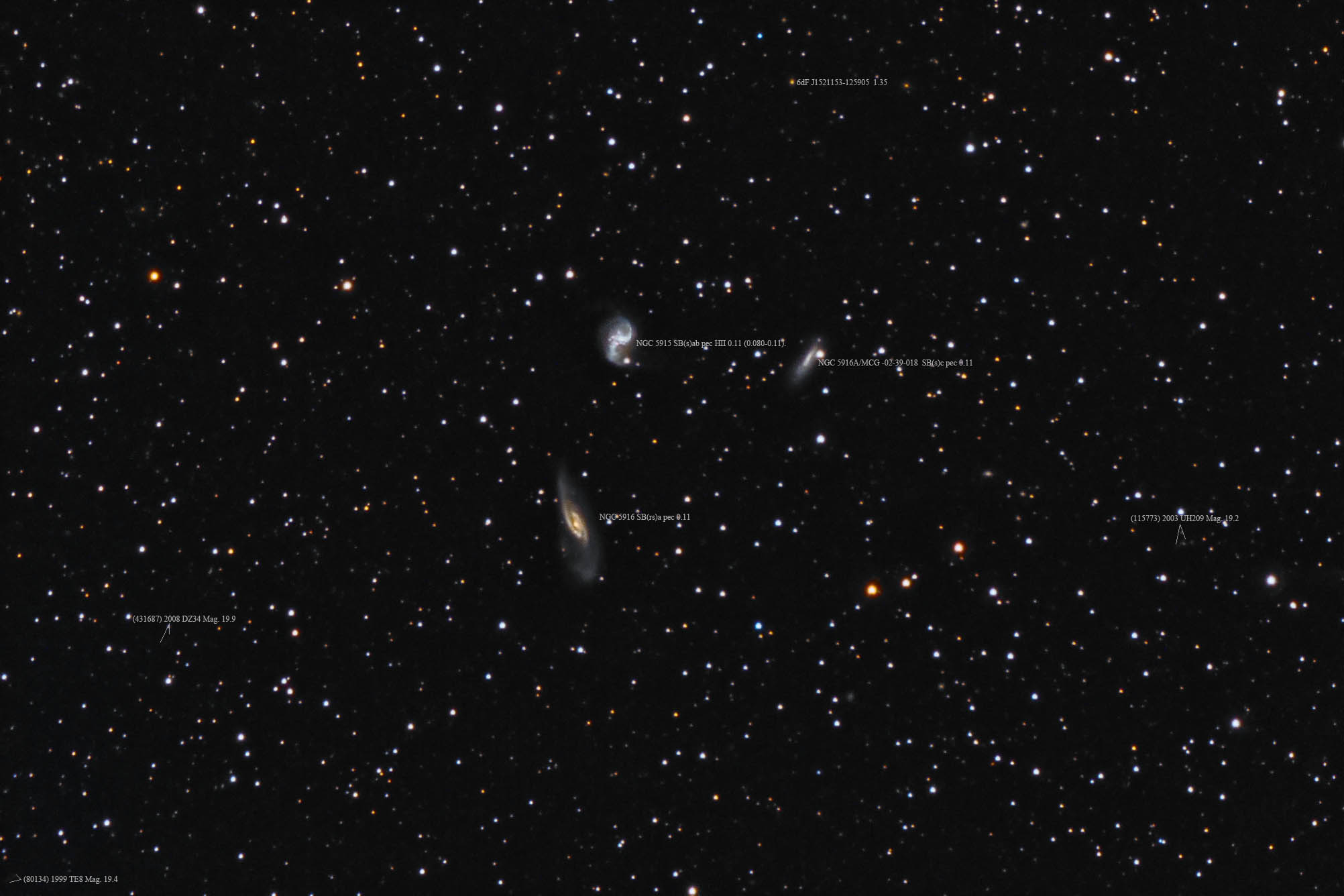