NGC 5921 is a pretty face on barred spiral galaxy in Serpens Caput about 3 degrees north of M5. It is well worth visiting when viewing the far more commonly targeted M5. Its distance seems poorly understood. Redshift puts it at 70 million light-years. A 1988 Tully-Fisher determination says 82 but a 2009 T-F measurement came up with 46. An analysis of supernova 2001X says 67 which is in good agreement with the red-shift measurement. Still, based on the star clouds I see in the galaxy I would have to think the closer 46 million light-year estimate is closer to the correct distance. I doubt I\'d resolved these as well at the longer distances. NED classes it SB(r)bc LINER. The NGC project says SBbc. It was discovered by William Herschel on May 1, 1786. It isn\'t in either of the H400 programs.

While NED shows thousands of galaxies in my image only one has a redshift. It is CGCG 049-140 at 580 million light-years. It is the round blue galaxy at the very top of the image a bit right of center. None of the other galaxies had a redshift at NED. All the other galaxies are from either the 2MASS catalog or the Sloan survey. Except for three in the extended PGC catalog, none of the rest made any secondary catalog. 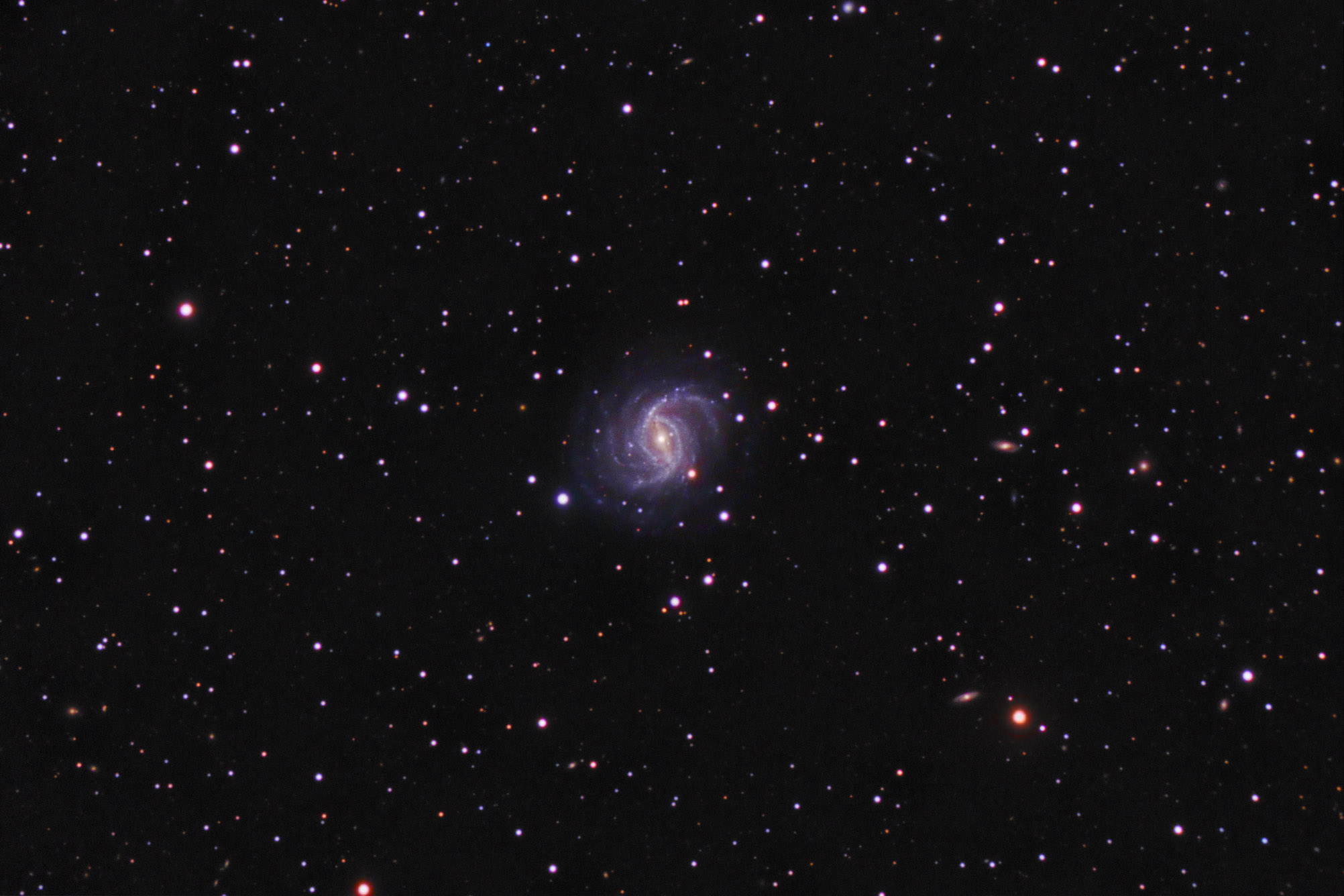 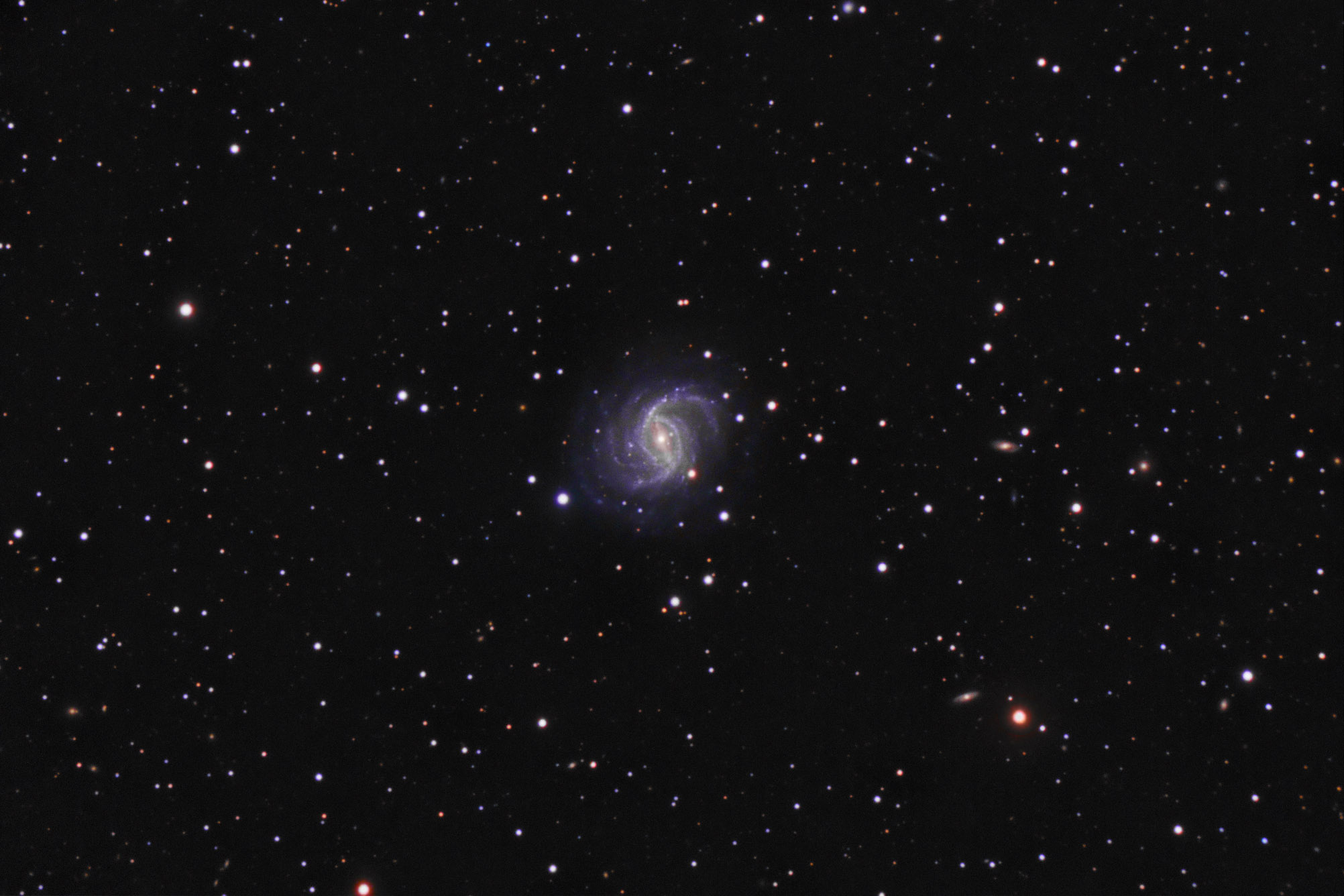 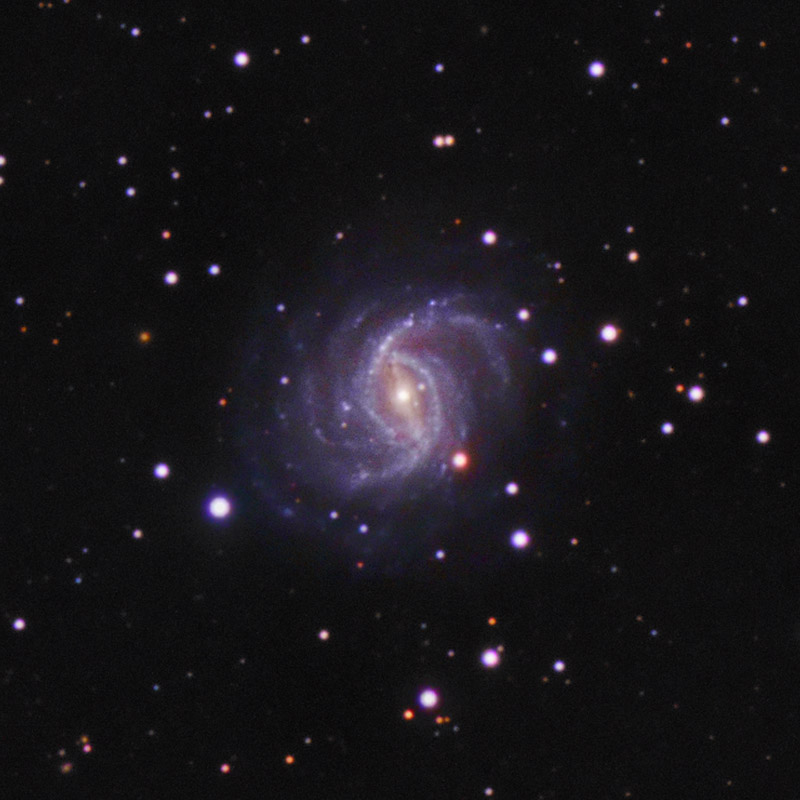