NGC 5949 is a very flocculent galaxy in Draco just under Ursa Minor. Redshift puts it only 21 million light-years distant. However, the redshift value is rather unreliable at such close range due to the galaxies own motions likely being greater and thus swamping the cosmological measurement. Various Tully-Fisher measurements cover a rather large range from 33 million to 63 million light-years. The most modern estimates are coming in at about 45 to 50 million light-years which pretty well matches the resolution of its features in my image. I\'ll go with the lower end and say 45 million light-years. That makes this little feller about 30,000 light-years in diameter. NED classifies it as SA(r)bc? though how you find spiral arms in all those segments I don\'t know. The NGC project says more simply Sc and Seligman says Sbc. The galaxy was discovered on November 28, 1801 by, who else, William Herschel. It isn\'t to be found in either of the Herschel 400 lists. So why did I take it? I like flocculent galaxies and this one is so flocculent I see no hint of a spiral pattern in the so-called arm segments. Some of these are HII regions according to notes at NED but they indicate these regions are faint so I didn\'t try the H alpha filter on them even though this is one of the rare galaxies with a low enough redshift the emission is within my 6nm wide passband.

This galaxy has low contrast in its flocculent structure compared to most of its type such as NGC 2976 and the very high contrast NGC 4605. All have been processed to about the same contrast level.

While NED lists over 2500 galaxies in my field this is the only one with a redshift value. NED lists one QSO candidate that is seen through the galaxy but even in the Sloan image, I can\'t see it so it certainly isn\'t in my image. NED lists two other quasar candidates I can find but NED lists them first as stars which indicates it feels they likely won\'t hold up when the final research is in. The Minor Planet Center reports that out of the 791,260 asteroids it is tracking not one brighter than 23rd magnitude is in my frame. Thus I didn\'t bother to prepare an annotated image. 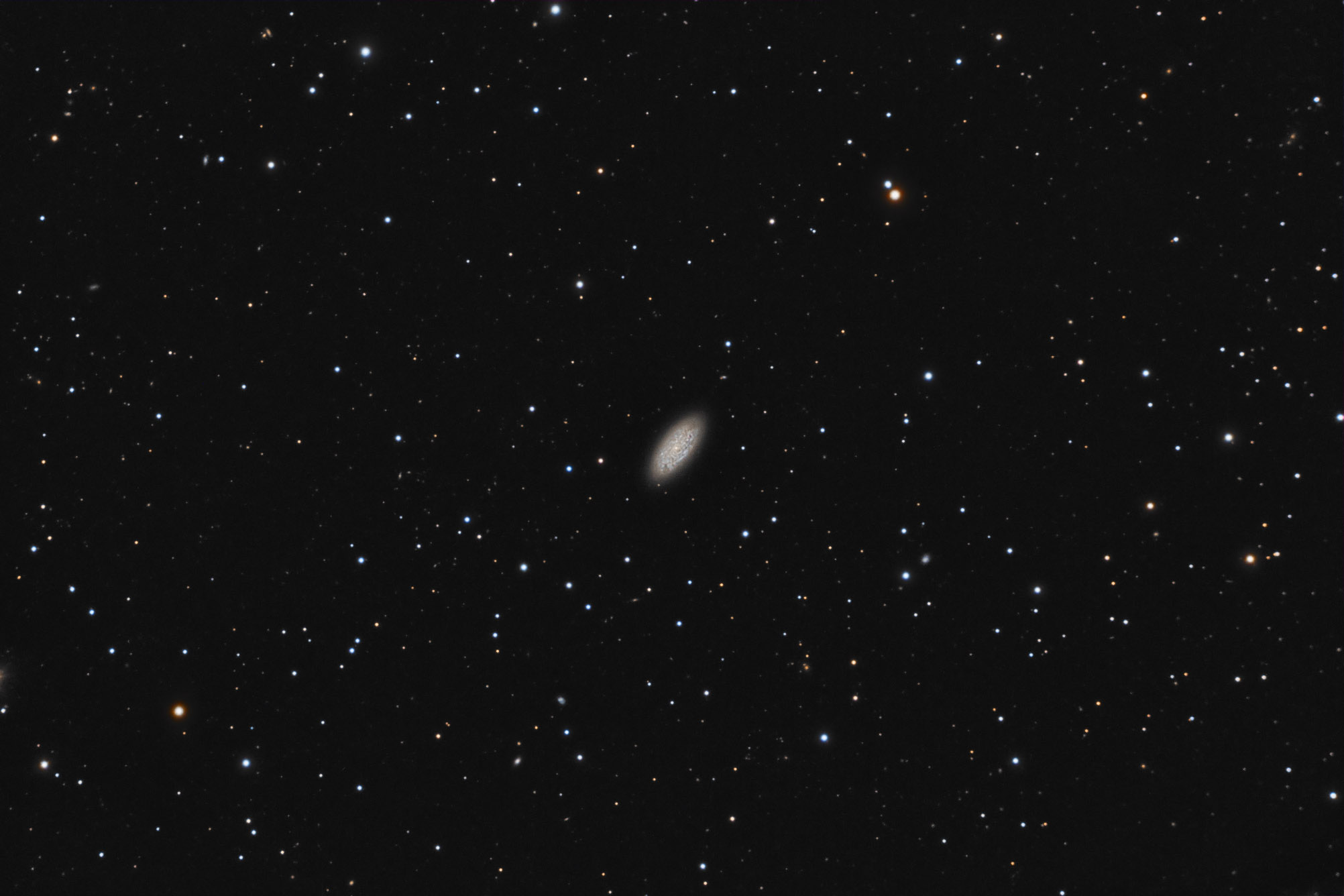 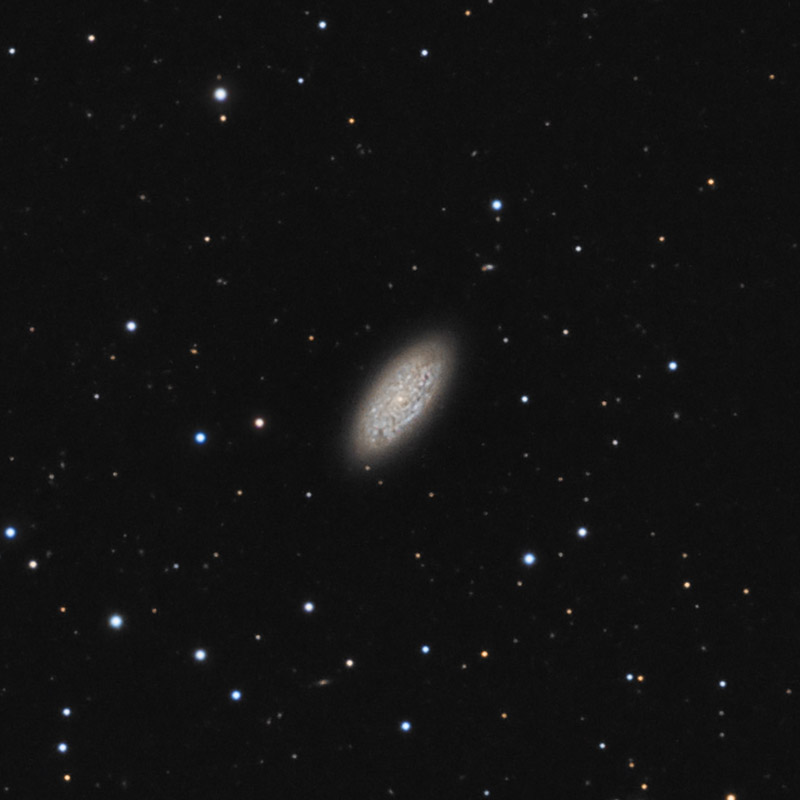