NGC 5965 is a near edge-on spiral galaxy with a rather warped disk located about 160 million light-years away. Both redshift and Tully-Fisher measurements put it about this distance. The question is what warped its disk? It is surrounded by at least 9 dwarf galaxies with a similar redshift. Many are out of my field since I put it high in order to also capture NGC 5963. They differ little from those in the image but for CGCG 297-017 which is a distorted dwarf spiral. I can\'t fathom a dwarf of its size warping a much larger galaxy but suppose it might happen. Notice that the warped disk isn\'t the only distortion to the galaxy. \"Above\" the core region there are two curved brighter regions, looking almost like small curved horns in the galaxy\'s halo. I found nothing on either feature in the literature. They may just be star clouds in the disk of the galaxy but I doubt that. I\'m wondering if the warped disk and these bright areas are due to a merger in the recent past with one or two dwarf companions. Pure speculation on my part but does seem to fit what I\'m seeing.

There are several quasars in the image as well as several Ultraviolet Excess Sources which are likely quasars as well. UvES objects are determined photographically so don\'t have the spectral data to confirm them as quasars. Hence the classification based on their strong Uv emissions. One quasar is listed at only 2.5 billion light-years and appears to have a slight bit of fuzz around it. A couple catalogs list it as a galaxy though the Sloan survey calls it a quasar. I\'ve given it both designations on the annotated image. 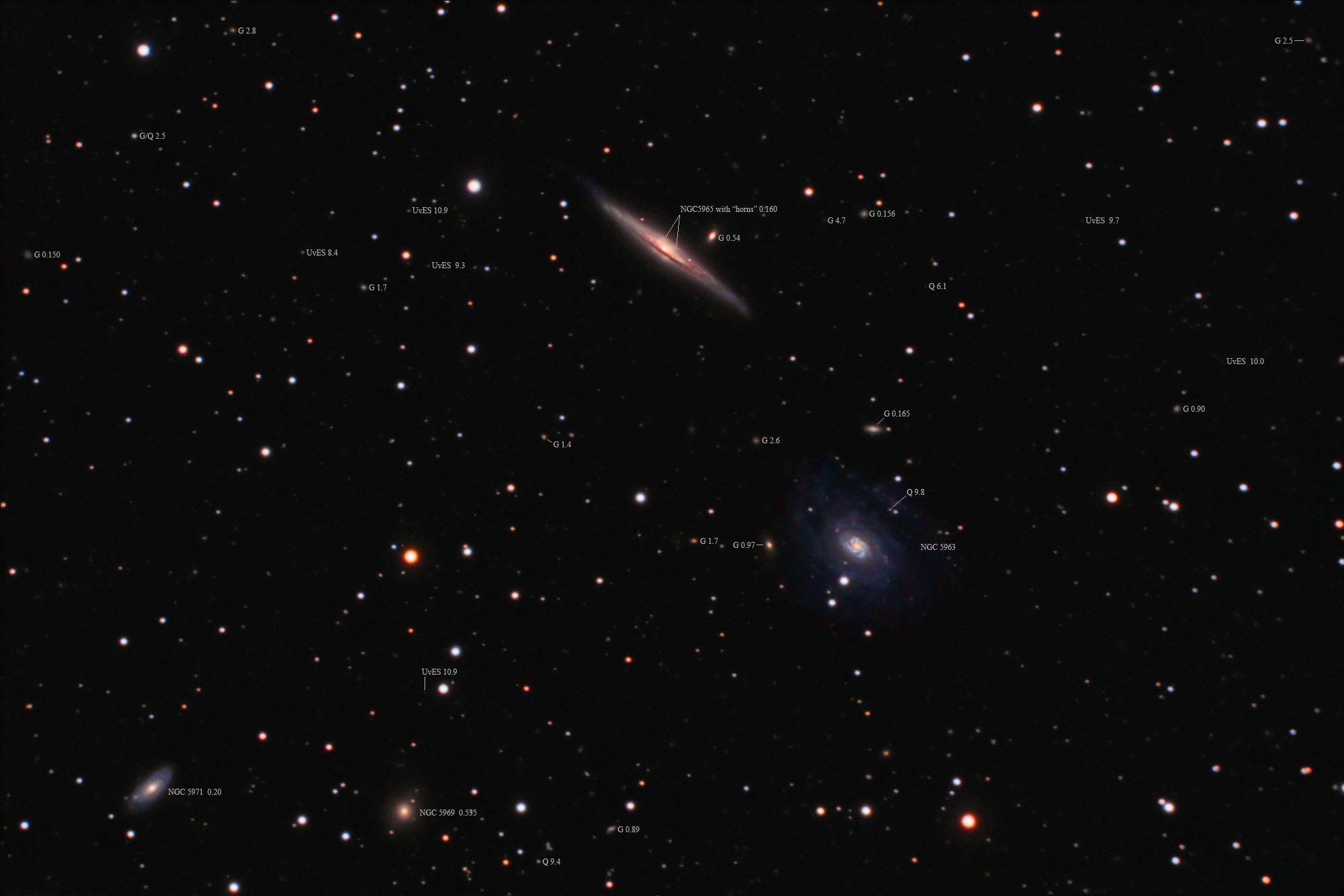 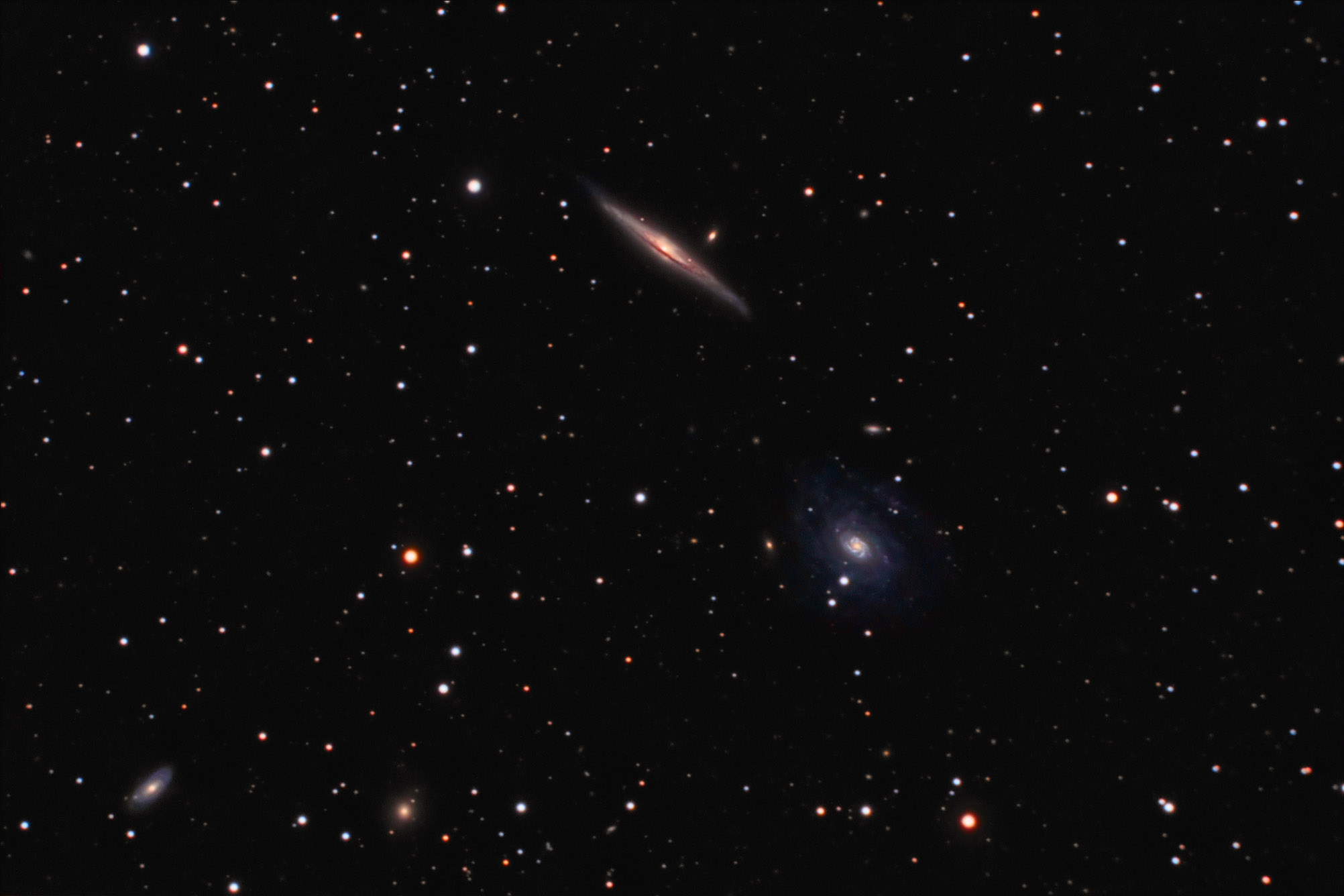