NGC 5964/IC 4551 is a low surface brightness barred spiral with a bright bar but faint arms. To my eye, the bar is somewhat bowed rather than straight as most bars are. It is located in Serpens Caput about 73 million light-years distant by redshift and 87 million by the mean of other non-redshift measurements. NED classifies it as SB(rs)d with the possibility it has an AGN core. Seligman and the NGC Project say it is SBcd with no mention of a ring or the AGN. I can\'t see the ring either. Assuming the redshift indicated distance it is about 113,000 light-years across. Using the larger non-redshift distance it is almost 135,000 light-years in size. Either way, it is a large spiral.

The galaxy was discovered on April 24, 1830 by John Herschel (his dad missed it). That got it the NGC number. It was later seen by Lewis Swift on August 19, 1897. Since Swift\'s position in RA was only approximate it wasn\'t recognized to be the same galaxy so got an IC number. John Herschel\'s description of it is rather surprising. It reads: \"vF, vL, R, vgbM, r, diam = 9s of time. With long attention it is seen to be composed of excessively minute stars like points rubbed out; and is, in fact, a globular cluster, but to see it thus requires long and perfect tranquility of the eye. A very interesting object.\" The first part reads \"Very faint, very large, round, very gradually brighter middle, resolvable, diameter 9 seconds of time\" 9 seconds of time would be a bit over 2 minutes of arc. It is over 5 minutes of arc across in my image. The surprising element is John Herschel thought he was resolving it as a globular cluster. Considering most of its brightness lies along the bar and is far from round I find this quite odd. It does have a lot of field stars across it, a few of which might have been right at his visual limit. I suppose resolving these might have made the impression of a barely resolved globular cluster and their light may combine to make it look spherical. The brightest is 15th magnitude with most 16th to 19th magnitude. I doubt he\'d have seen more than two or three with his 475mm speculum mirror. I\'ve never tried for this one visually though some observing notes were lost in the move.

Seeing was poor for my image. There are virtually no amateur images of it on the net that I could find, most of which are even worse but for one taken with a 20\" scope that was mirror flipped making it hard for my brain to tolerate. So I\'ll have to be happy with it for now. 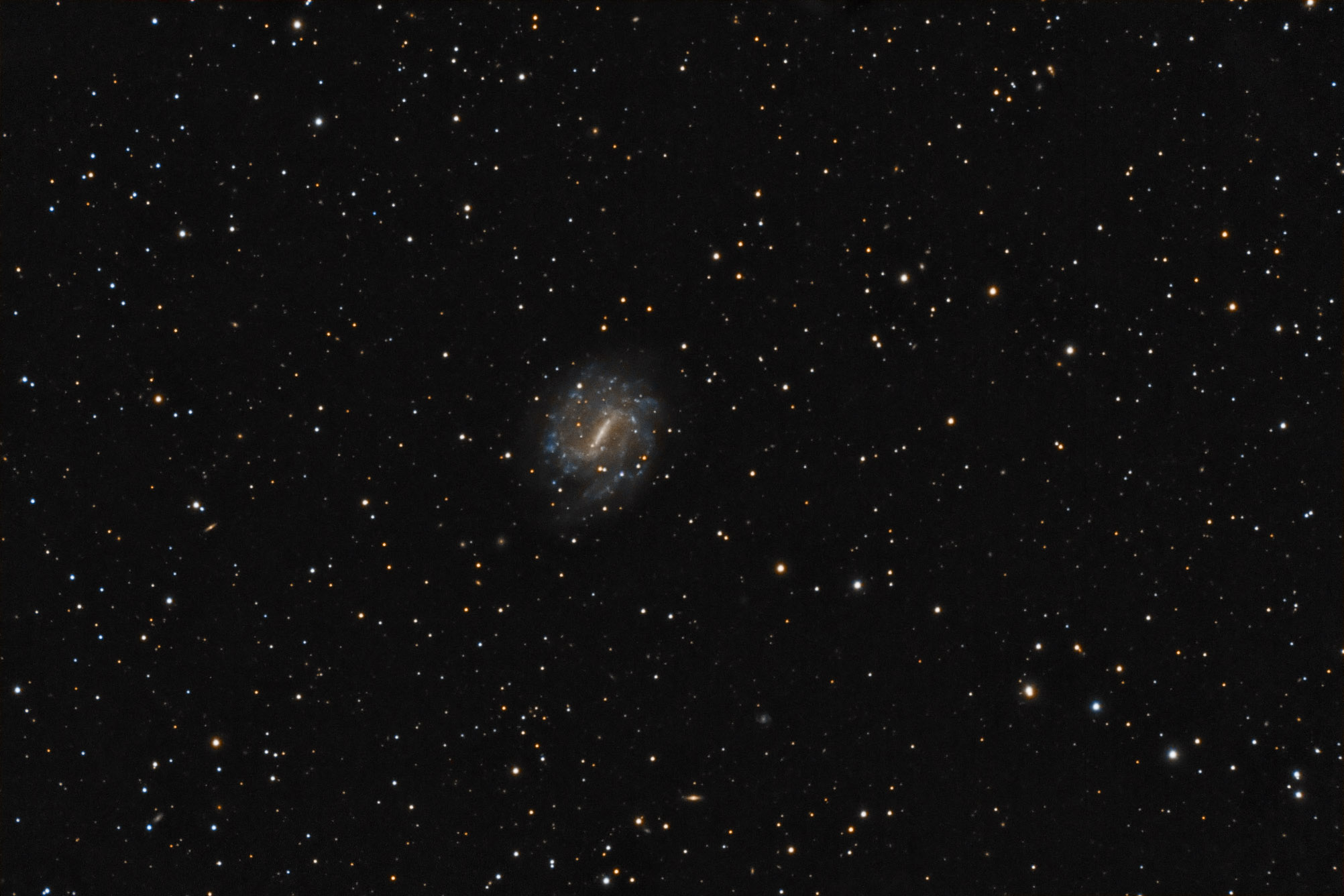 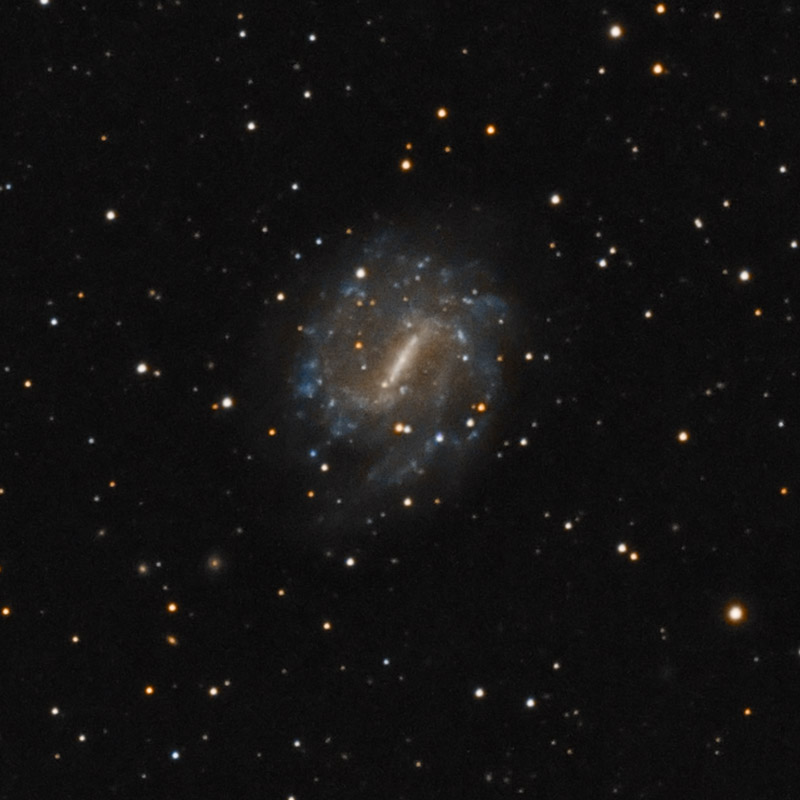 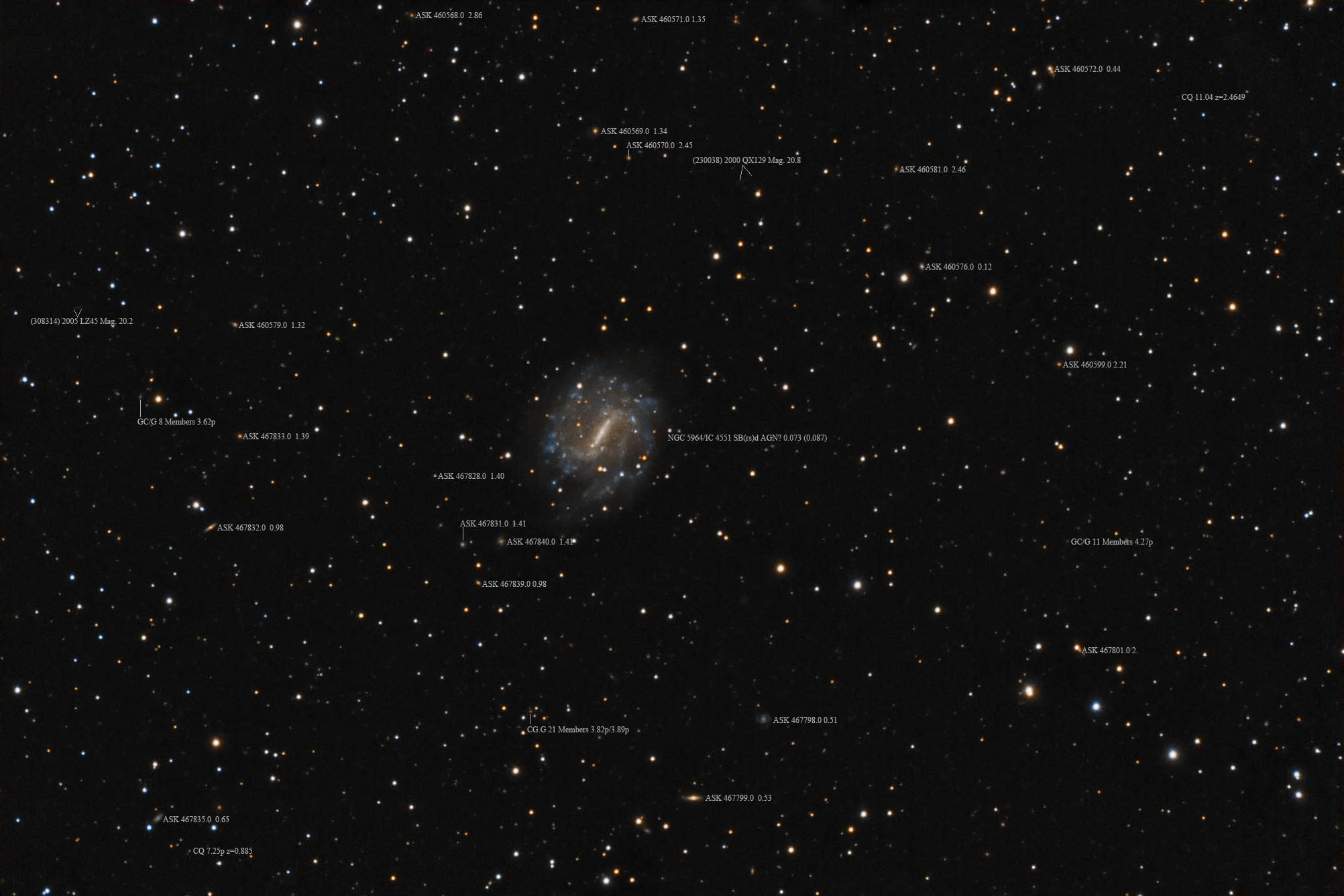