NGC 5970 is a nice spiral galaxy in Serpens Caput. It is classified by NED as SB(r)c; HII LINER. It is some 90 to 100 million light-years distant depending on the source. I measure it at about 76,000 light-years across its longest dimension. I used 92 million light-years for a distance as that was a distance that best fit the various distance I found weighting toward the modern when a date was available.

I put it on the list as it was in the second Herschel Observing Program. I\'ve put all those I can reach on the to-do list with the better ones getting a higher priority. Why this one waited so long to be taken I don\'t know but it may never have been in position when the weather cooperated until now. William Herschel found it on March 15, 1784.

It is listed as having two companions in several sources but doesn\'t list them. If PGC 055664 to the northwest is one of them then it\'s not a companion being 5 times more distant. IC 1131 has a slightly larger redshift but close enough to be a true companion given the error bars in using cosmological redshift for a distance measurement. Most sources do consider it a companion. It was discovered by Stephane Javelle on June 29, 1891.

The rest of the field is rather typical but again limited by very poor transparency which cost me over one magnitude worth of faint fuzzies. One though caught my attention. It is the quasar at 0.411 light-years in the lower right corner. It\'s PSF doesn\'t fit that of nearby stars indicating it is a bit larger than a point source. Not by much so a local seeing glitch could be to blame but it also could be I\'m barely seeing the galaxy housing it as well or at least part of its core. There were no asteroids in the imaging area that I picked up. The field is 30 degrees from the ecliptic so this isn\'t surprising. 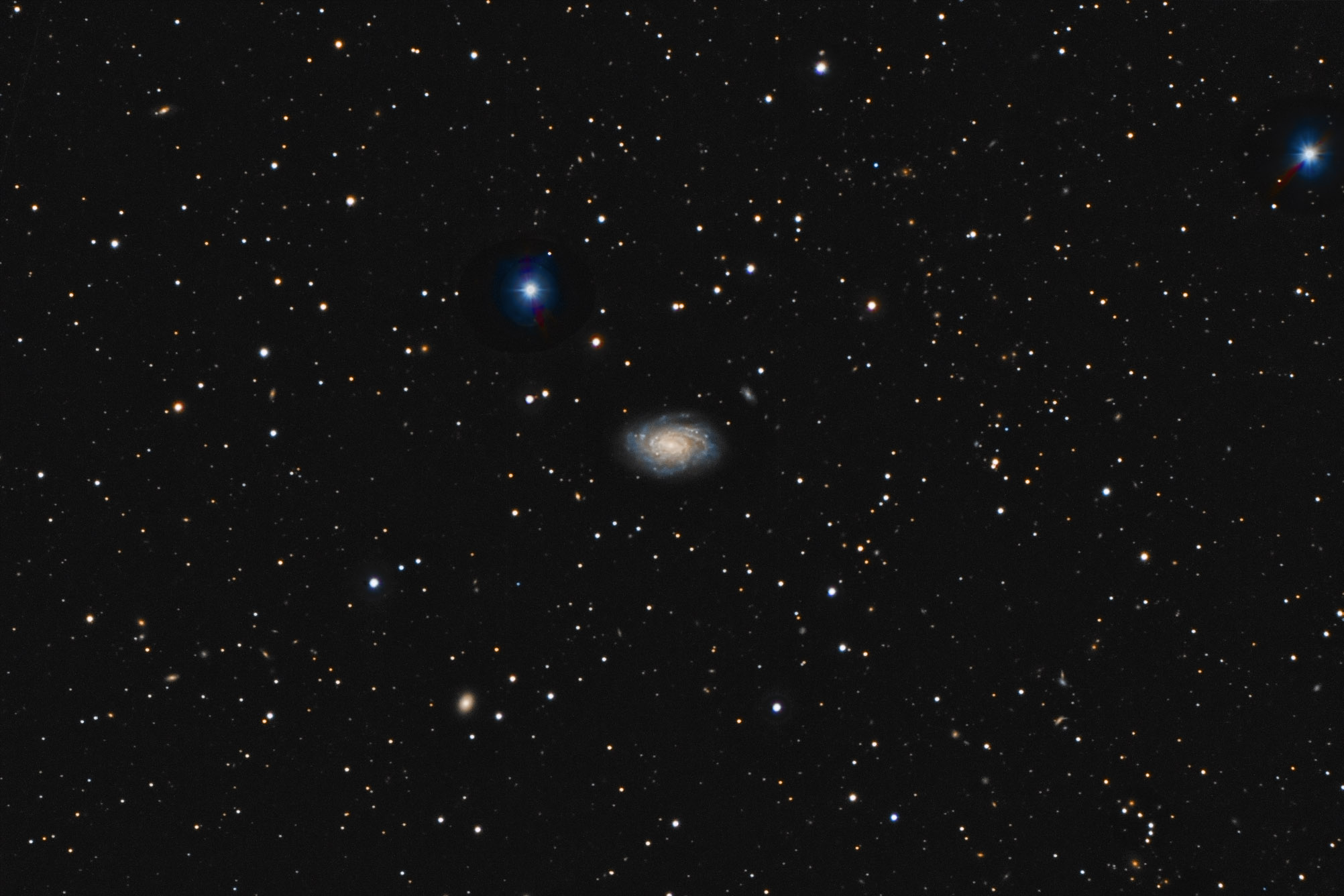 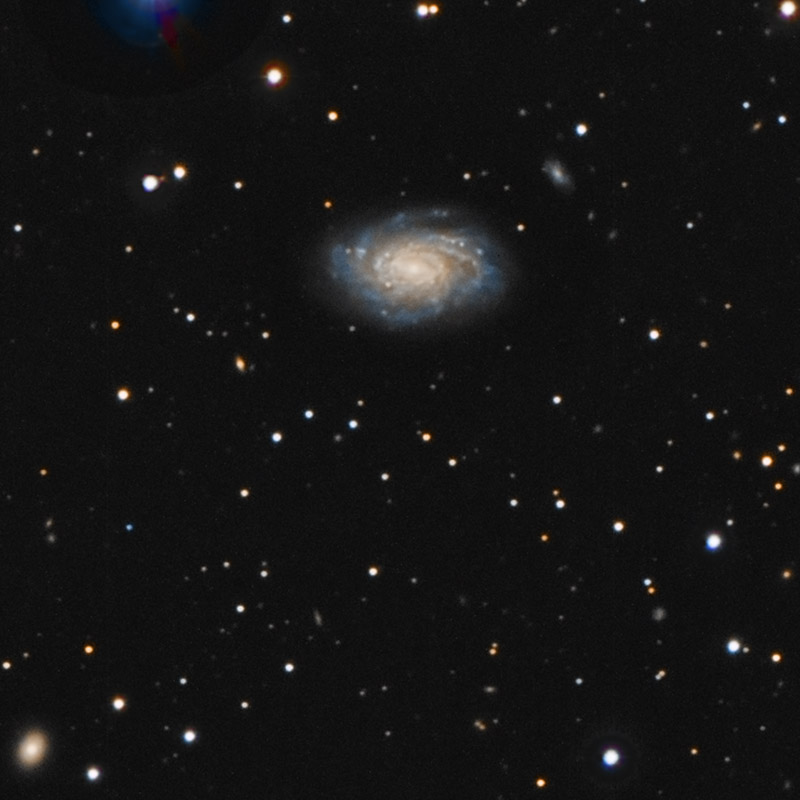 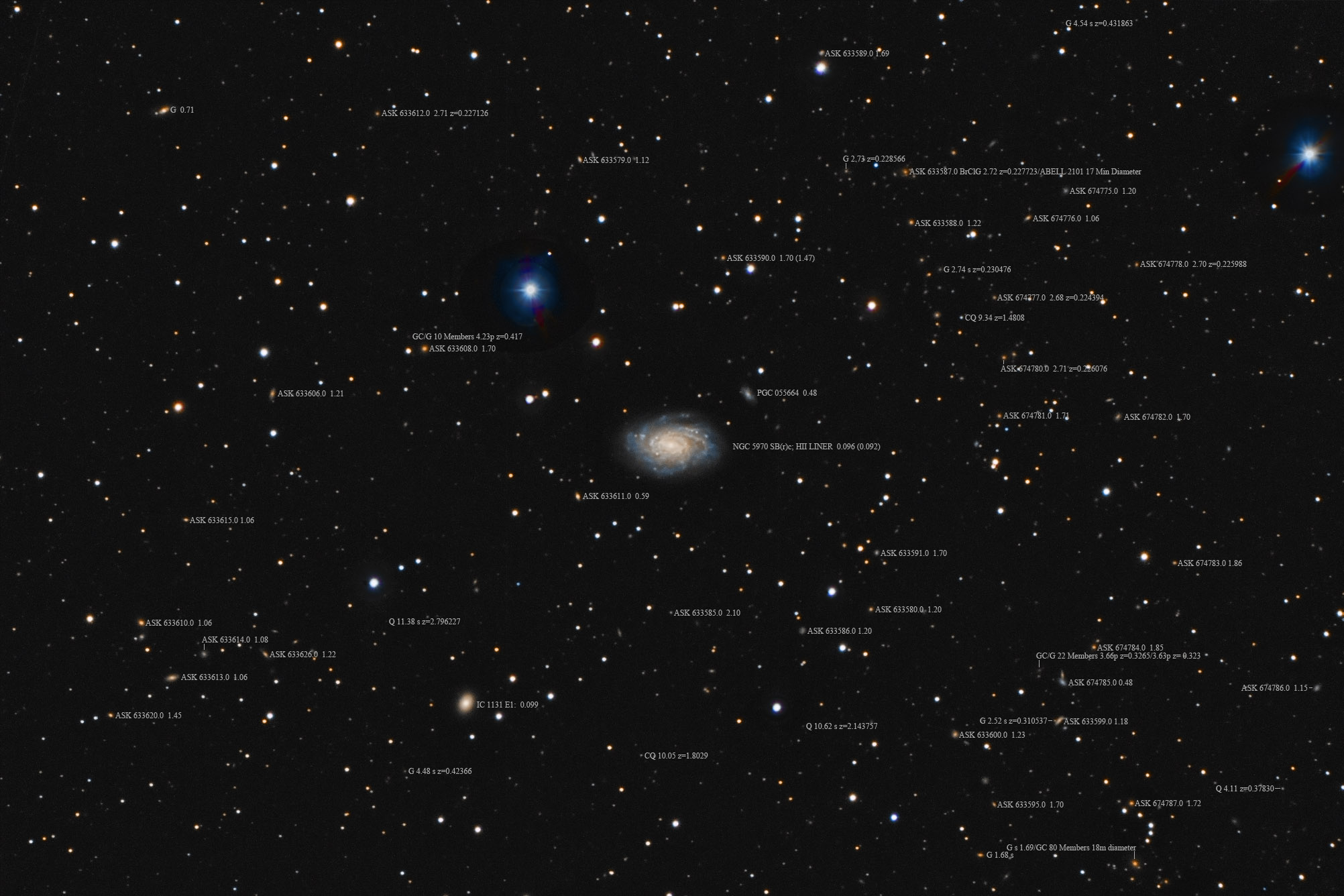