Besides Arp galaxies on my to-do list, I have a bunch I call Arp wanna-be galaxies. They didn\'t make his list but could have. Sometimes they fit his categories, sometimes they need one of their own or fit his rather small miscellaneous class. This is one of the latter in my opinion.

NGC 5987 has a rather odd system of dust lanes. There\'s one that is nearly straight that runs across the bottom much like a similar one in M63. M63\'s lane leads to a dwarf galaxy west of the main part of M63 though real deep images show the galaxy going as far as the little dwarf which it may be devouring. The dust lane might have been caused by the dwarf. In the case of NGC 5987, there\'s no related dwarf that I can find. There\'s another linear dust lane that joins the long one and appears to head to the back side of the core. One linear lane is hard enough to explain, a second that joins it seems a real mystery. Yet I find nothing about this in the literature.

NGC 5987 is classed as an Sb spiral by NED and the NGC project. It is about 140 million light-years distant in the constellation of Draco. It was discovered by William Herschel on May 25, 1788. It isn\'t in either of the Herschel 400 programs.

As usual, there are many distant background galaxies. I\'ve prepared an annotated image showing the Quasars (Q) and Galaxies (G) and their distance in billions of light-years. I have no idea why some galaxies have this data and others don\'t. Even more of a mystery are two spindle galaxies, both oriented north and south near the eastern edge. They are on opposite sides of a distant, faint, spherical galaxy at 4.4 billion light years. Yet these two much brighter galaxies not only don\'t have any redshift data, I couldn\'t find them in any catalog at NED or SIMBAD! I\'ve identified them with a question mark. The bright blob on the bottom right of center is just a bright star I didn\'t know how to deal with years ago. 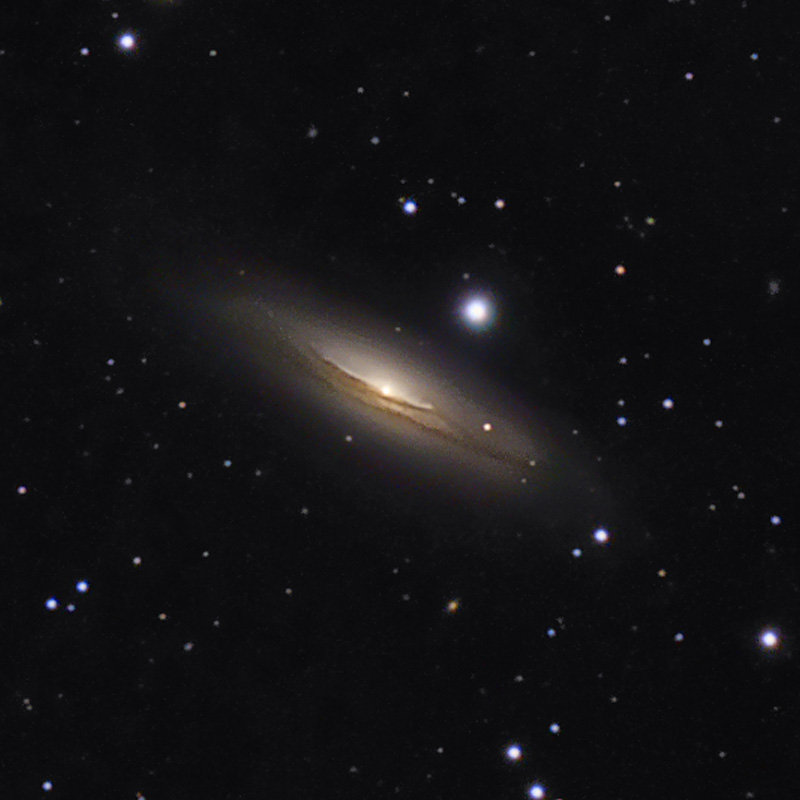 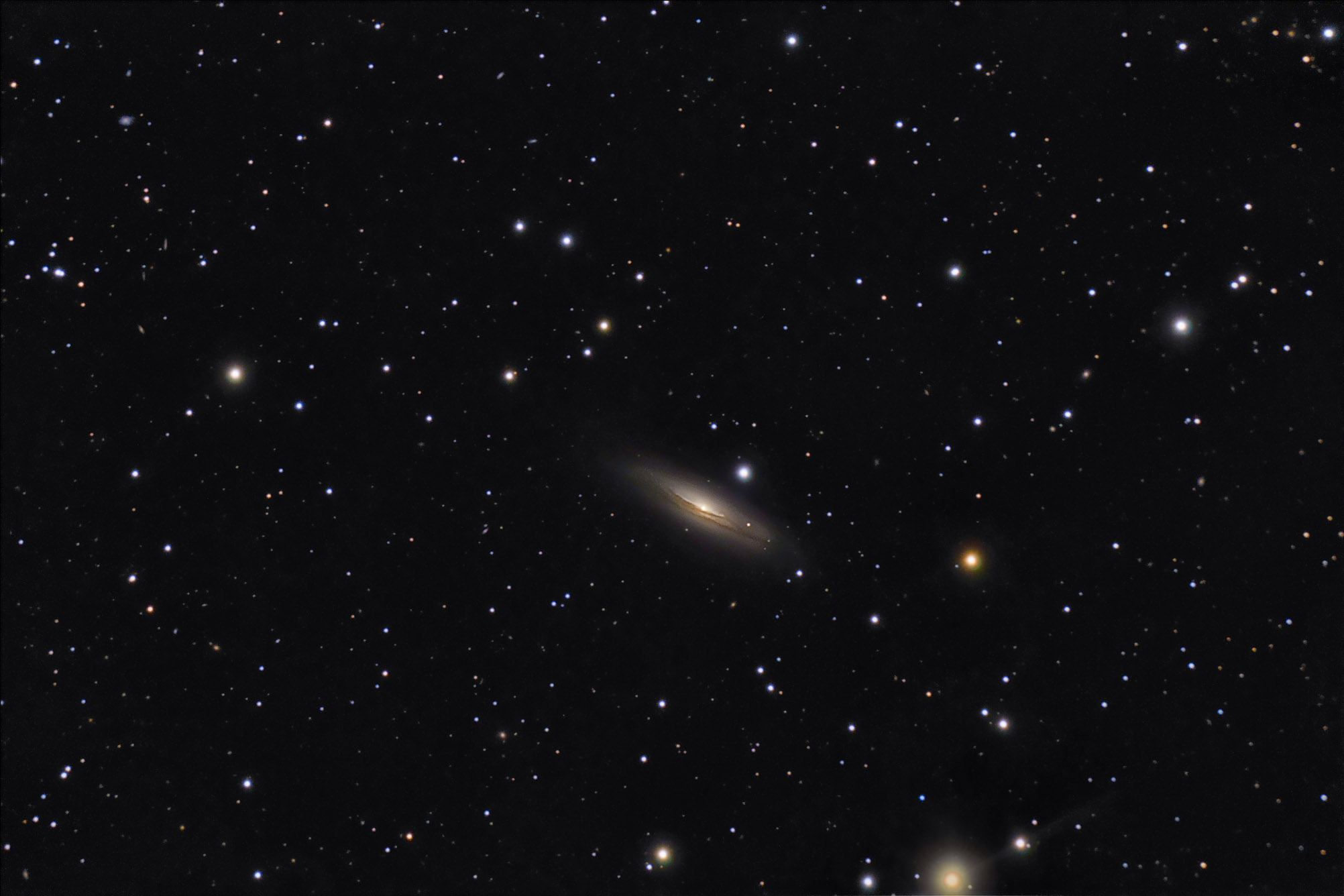