KPG 471 is a pair of galaxies in eastern Bootes near the border with Hercules that lie about 430 to 440 million light-years from us. The two carry the NGC numbers of 5992 and 5993. NED has a note indicating they are non-interacting. Odd as both seem rather disturbed to my eye. Also, I think I see a faint star stream running between them in my image as well as in the Sloan image of this pair. So I\'m going to say they are interacting. NGC 5992 to the south is listed as SBb with HII regions. They are obvious with three forming a tight arc to the east of the core and several more looking like a distorted spiral arm on the western side. While it looks highly disrupted, I found no mention of this. It is a Markarian blue galaxy being #489 in his list of galaxies with excess blue and UV light coming from their cores. While it was the core that was important most are quite blue everywhere and often they are rather disorganized so NGC 5992 would be a classic example of his class of galaxies. Including plumes, its east/west diameter is about 160,000 light-years though its north-south diameter, lacking plumes is 122,000 light-years. It was discovered by William Herschel on March 18, 1787.

NGC 5993, at first glance, appears to have a dual core. These are just stars though NED lists the northwestern one as a galaxy at about the same redshift as NGC 5933, ASK 245893.0. Even though it is round and starlike they give a 1.02\'x.59\' size. They get the magnitude of 14.4 correct. The other star is listed as a star. The real core is rather hard to see with these two bright stars but is closer to the northwestern star. It is classified as SB(r)b:. Including the long extended arm to the north and the brightest plume to the south, its diameter is 250,000 light-years. Without these, it is half this size. It was also discovered by William Herschel the same night as he saw NGC 5992, March 18, 1787. Neither are in either Herschel 400 observing list.

To the east of NGC 5993 is an object I\'ve labeled [SP82] 52 which NED lists as a blue compact galaxy but an essential note says \"May be an outlying HII region or companion to NGC 5993.\" It seems to have some faint star clouds around it, especially to the west. So I vote that it is a blue compact galaxy. It may have been somewhat disrupted by NGC 5993 and or NGC 5992.

In the lower left is an object that is somewhat elongated, certainly not starlike that is listed in NED as SDSS J154551.14+405641.1 a quasar and as [VCV2006] J154551.2+405640, a galaxy. Usually, a quasar so outshines the host galaxy the galaxy isn\'t seen. They do list this as a candidate BLAGN (Broad Line AGN). Most quasars are broad line AGNs. But if it is one why is it so dim? It is closer to us than nearly all known quasars. So it may be a dying quasar. None seem to exist in our present universe. It\'s only when we look back in time they become common, They seem to have all died out by about 2 billion years ago though one is known at only a half billion light-years it is a very weak one in which the host galaxy is easily seen. It may be this one is running out of its food supply needed to keep up the output of a quasar.

Like most nights this fall and winter this wasn\'t a very good night. It started good and I took that opportunity to get luminance data but by the end of that period, the skies were going south. So much so I had to throw out the color data. I retook that a few nights later but conditions weren\'t much if any better. I forced these to work but consider the color balance as being rather questionable. 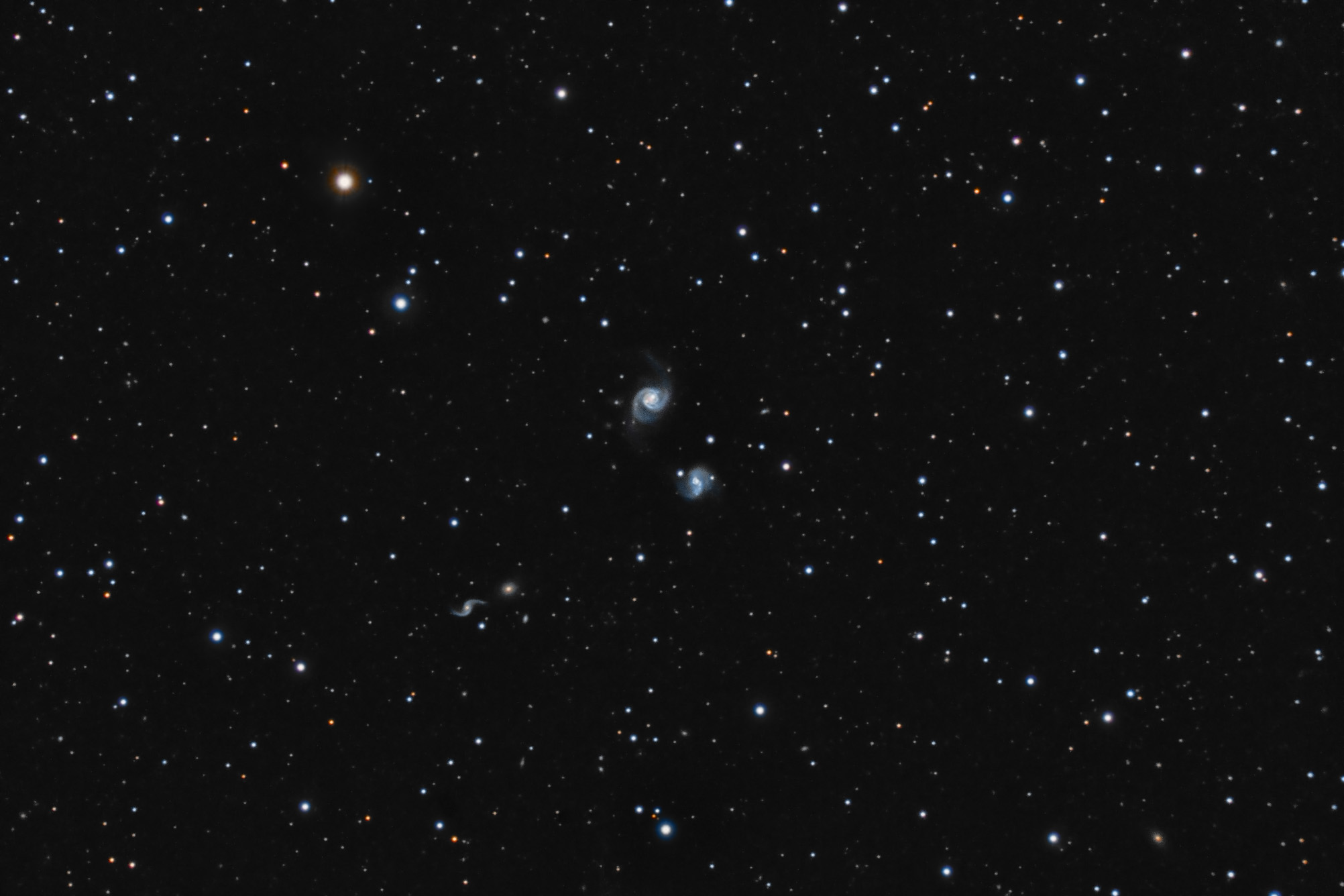 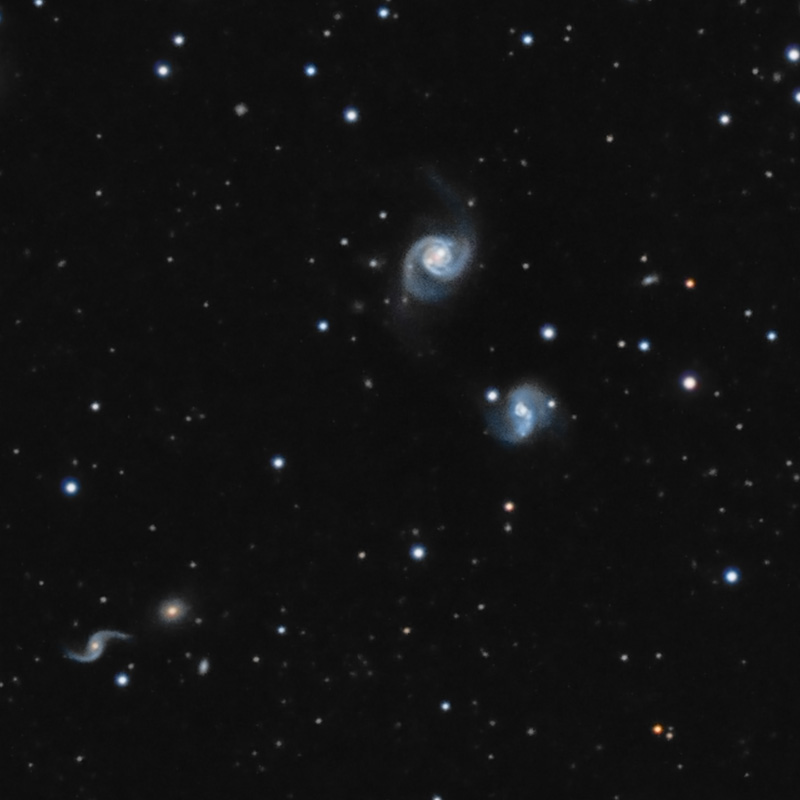 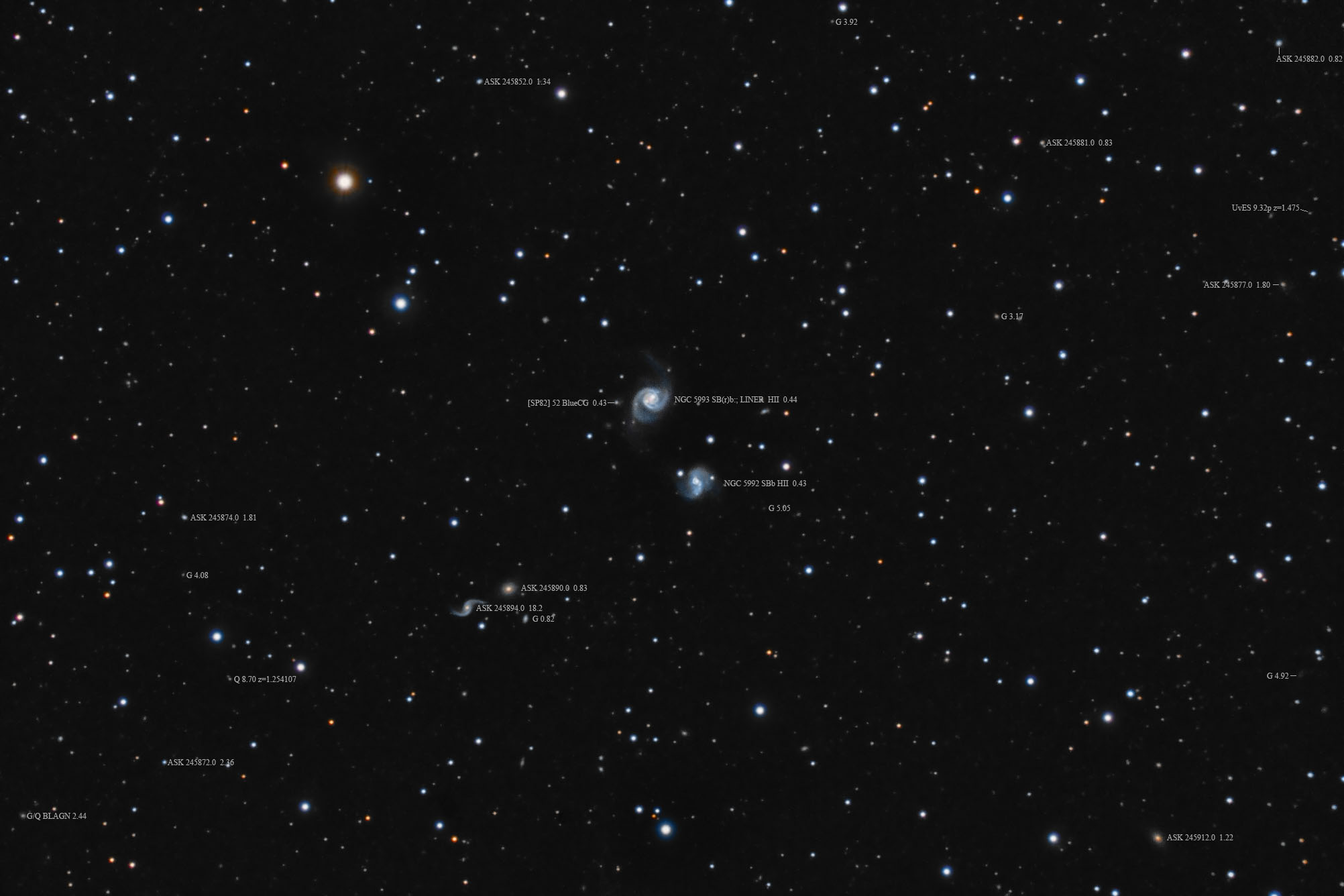