NGC 6028/NGC 6046 is a ring galaxy in Hercules very similar in appearance to Hoag\'s Object but with a more elliptical core. Redshift puts it about 210 million light-years distant. That makes it almost 80,000 light-years in size. NED classifies it as (R)SA0+: while Seligman says S0/a?. Odd he doesn\'t mention the obvious ring. This one was found twice. First by William Herschel on March 14, 1784 and then by Guillaume Bigourdan on May 4, 1886. Being faint it isn\'t in either H400 program. While Herschel\'s entry is NGC 6046 and came first I list these double identified galaxies in numerical order so that puts Bigourdan\'s find first. It also appears to have had the better coordinates.

This is another of my very early images when I did little to no research on these objects. 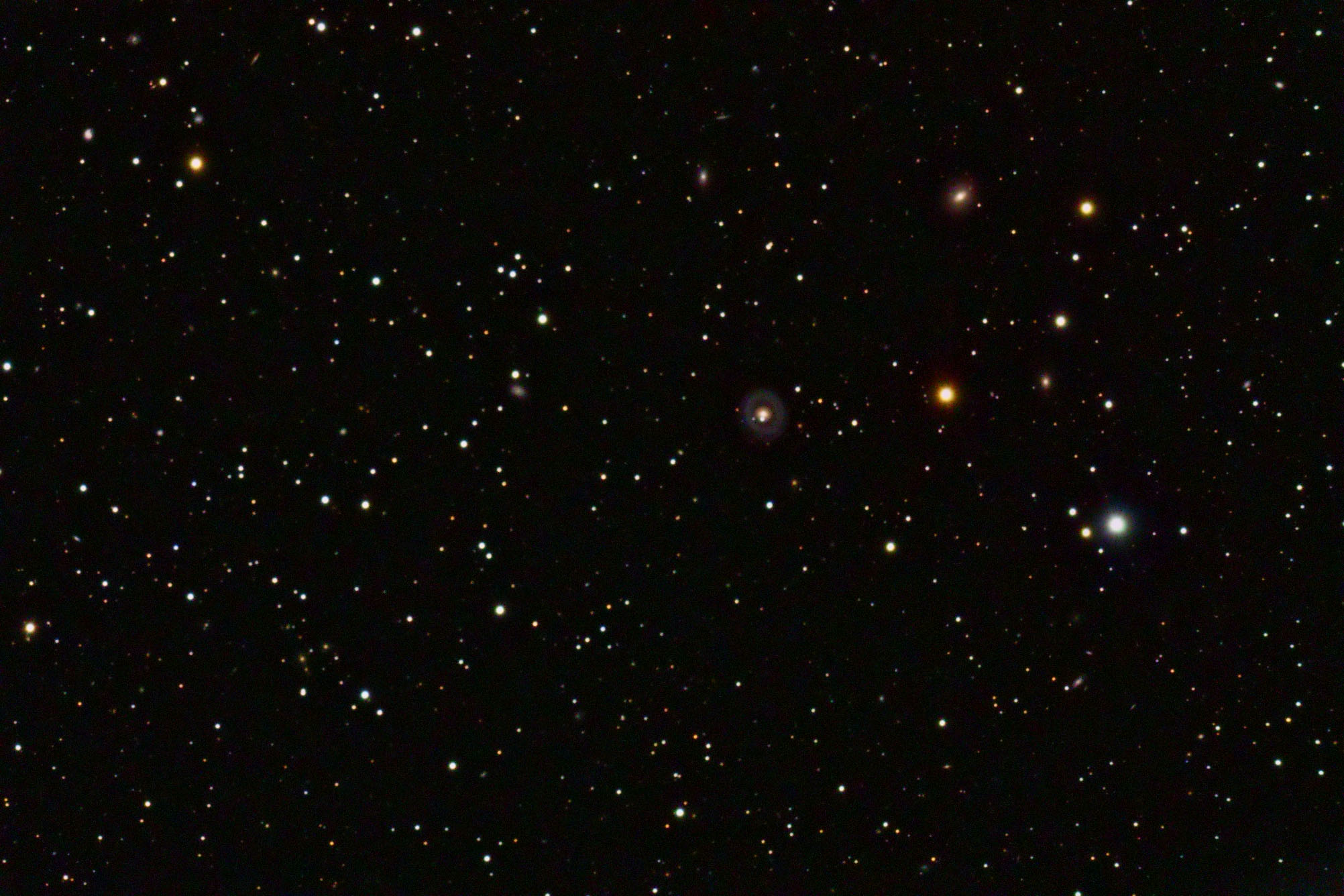